Susan Golomb says she was perfectly happy in her century-old Pittsburgh Victorian; moving was the last thing on her mind. But then, in 2008, she saw the Tisherman home listed for sale. Built in 1947 for Anna Tisherman by the well-known Pittsburgh architect Dahlen K. Ritchey, it was still arresting 60 years later. A floor-to-ceiling window wall stretches across the façade, bringing the garden inside. A mature canopy of trees lends enclosure. On the interior, an open floor plan allows the principal living spaces—foyer, living room, dining room, and kitchen—to flow together, making the small house feel spacious.

Want to create a garden worthy of your old house? See our list of the best hydrangeas for historic gardens.

The International Style house is situated in Pittsburgh’s historic Squirrel Hill neighborhood. The petite dwelling of only 1,170 square feet is an unexpected surprise at the rear of a long, narrow city lot. Susan Golomb is only the third owner; the house had no major remodeling or additions, and its original bookcases and cabinets remained. Systems were in working order but needed upgrading, and air-conditioning had to be installed. Some subtle “updates” had been unsympathetic; for example, interior trim around the generous windows had been painted white, creating a jarring outline that fought the transparency of the glass. Concrete floors had been covered with brown paint, which darkened the rooms. In the galley kitchen, an under-counter refrigerator and freezer were much too contemporary and the vinyl flooring had to go. 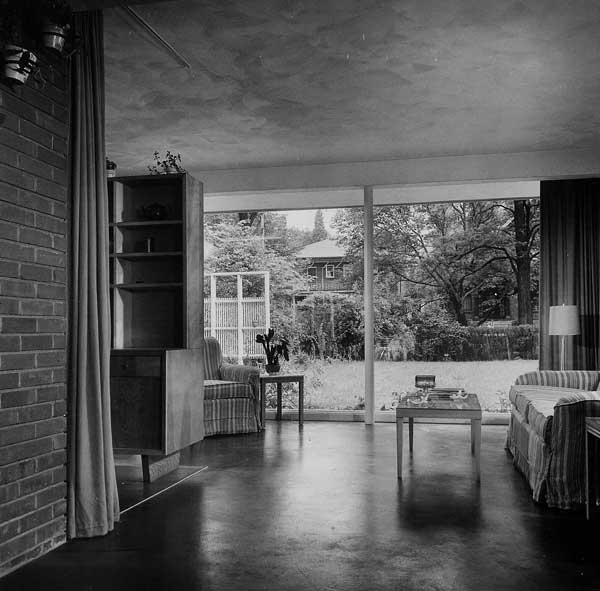 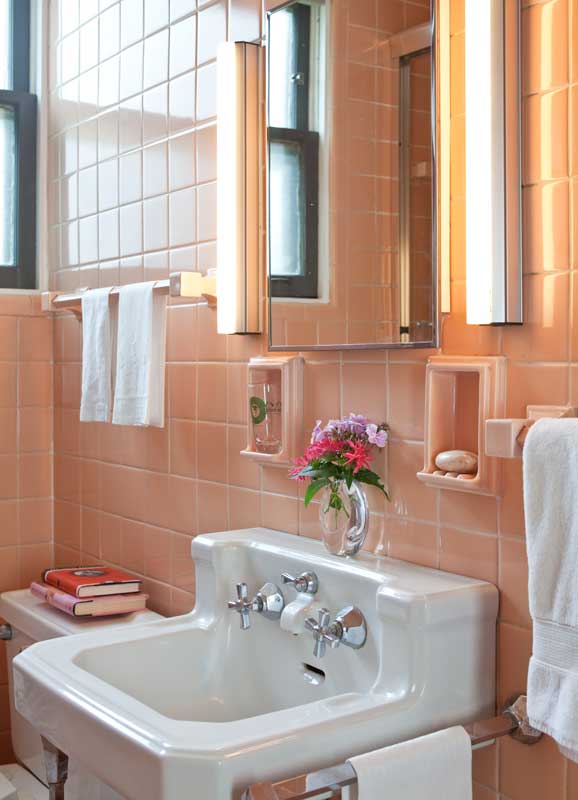 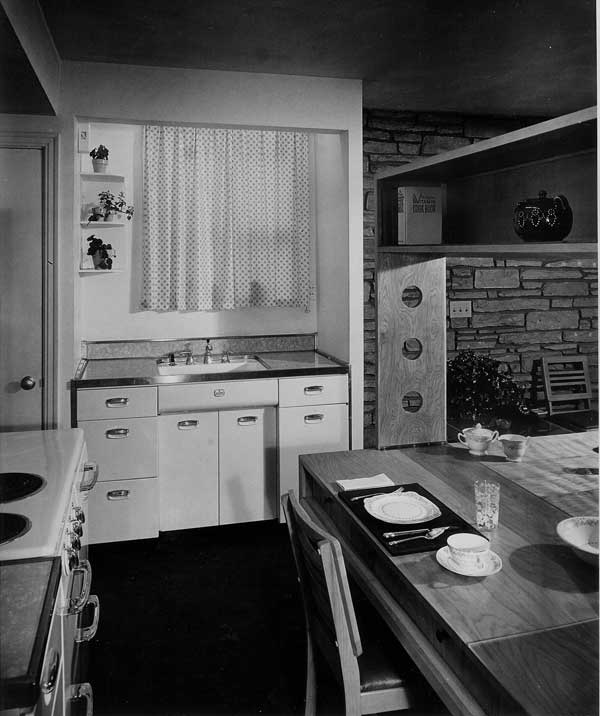 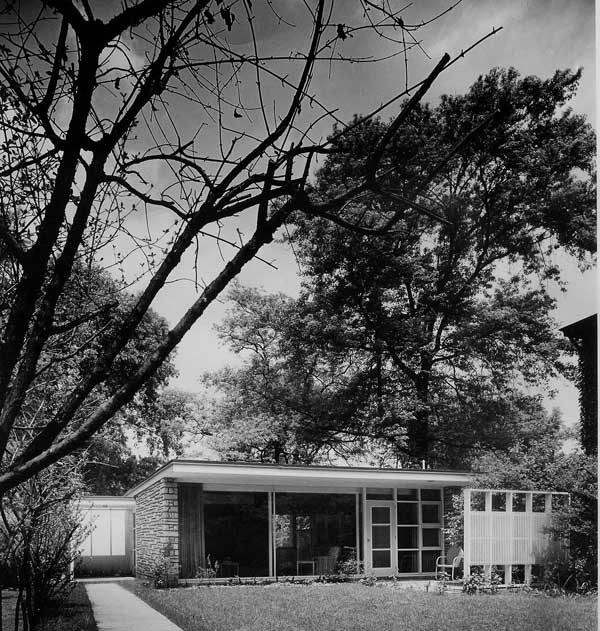 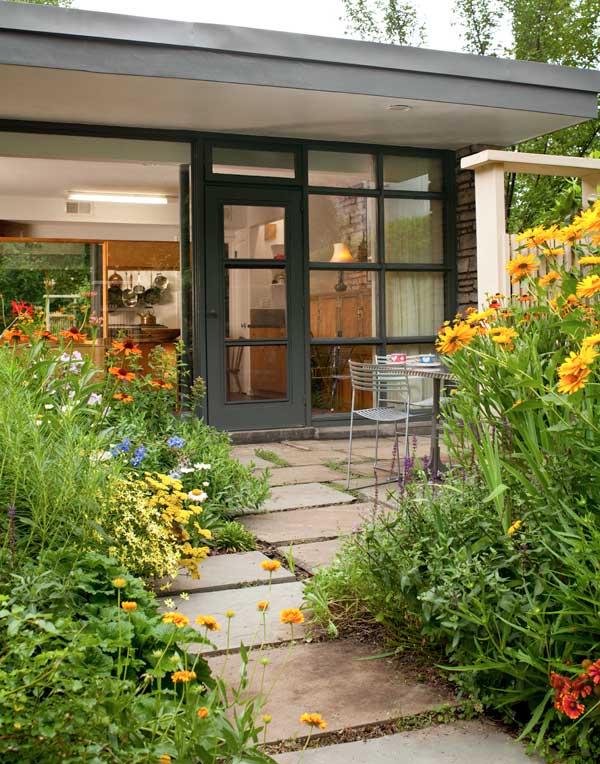 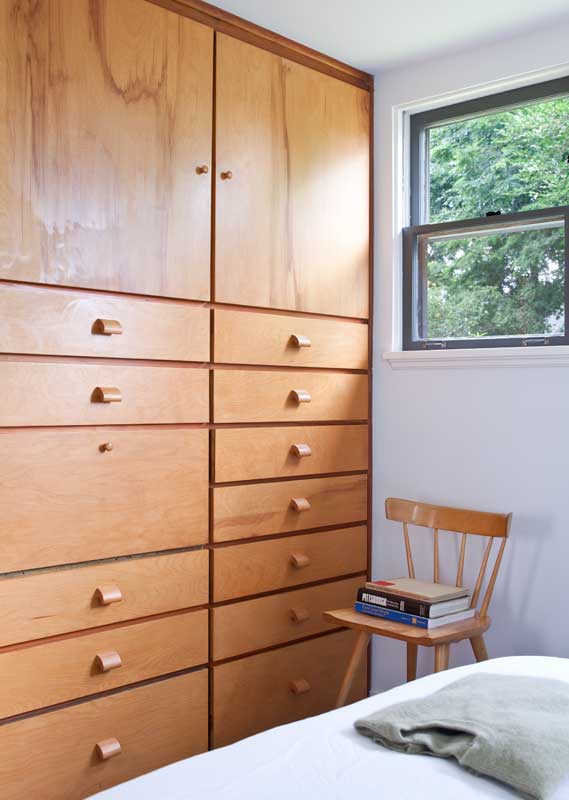 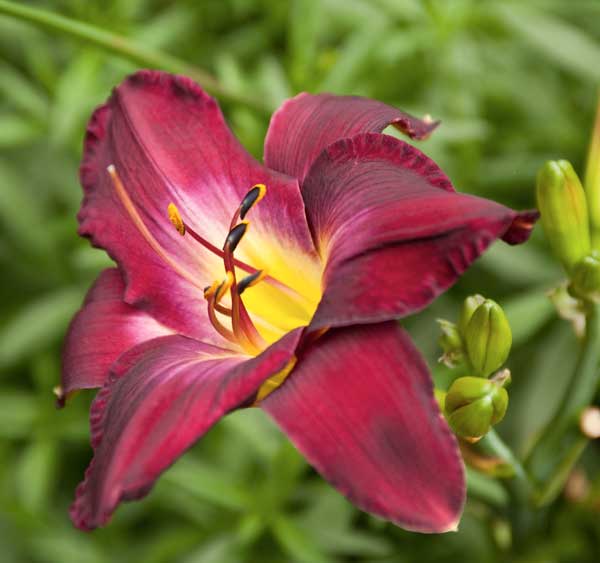 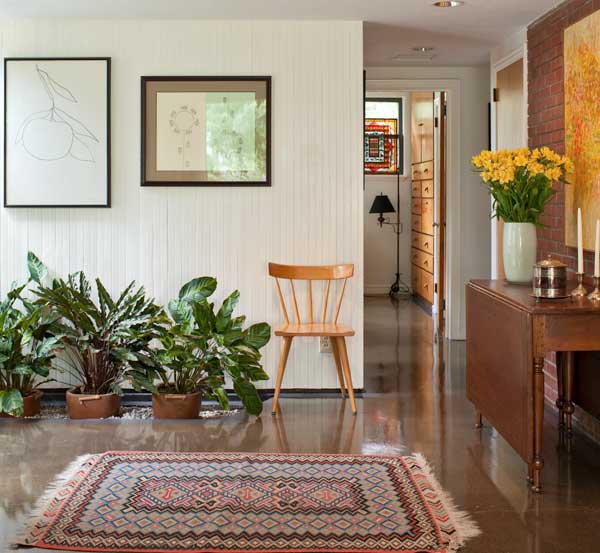 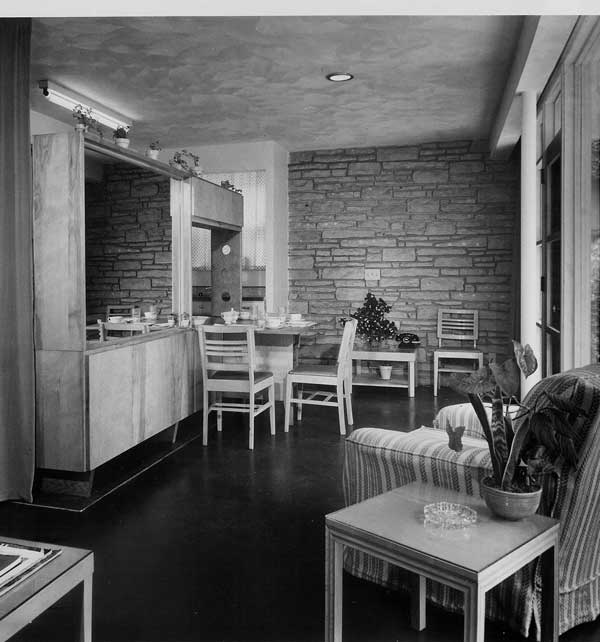 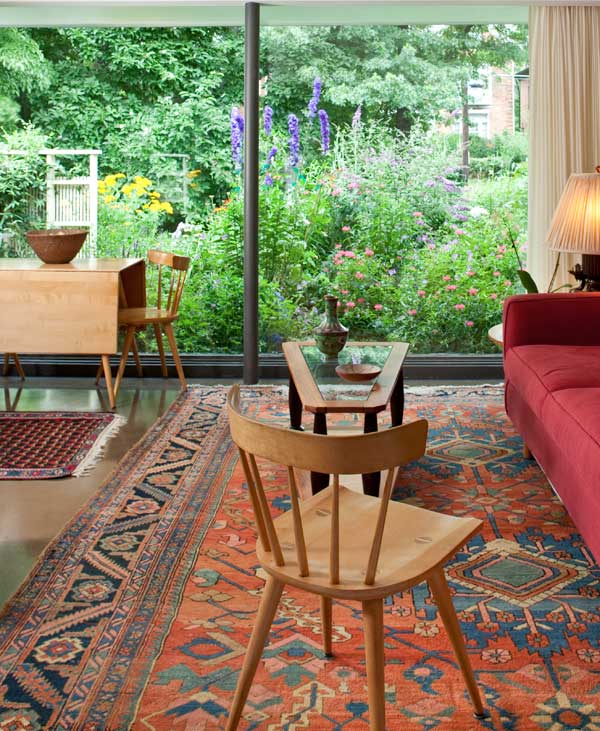 Susan was guided by local architect and preservationist Gerald Lee Morosco. The goal: return the house to its original design. Susan wanted to respect the style origins and celebrate the house’s clean geometry, its open spaces and classic materials: glass, stone, brick, and concrete.

Dahlen Ritchey, the original architect, had not worked directly with Frank Lloyd Wright, but his colleagues had apprenticed with Wright, and he was recommended to his client, Anna Tisherman, by her friend Edgar Kaufmann, the owner of Wright’s famous house Fallingwater. Wright’s influence may be seen in the rectilinear forms, floor plan, and minimal ornament. The house is a basic square, offset by the placement of a utility core that functions as mechanical space. The living space surrounds the core in an L shape. Two bedrooms and the single bathroom run across the back.

Restoration began with the obvious: repainting window sash and trim in an unobtrusive dark gray. The effect was striking as the eye travels straight into the gardens, no longer stopped by a white outline. The concrete floors were stripped of the muddy paint, revealing the soft taupe aggregate. It was another simple change that refocused the interior.

Updating the systems proved more difficult. The floor is concrete slab on grade, with heat supplied by radiant pipes within the concrete. Thus there was no concealed ductwork or any space within the house for retrofitting systems; the ceiling space was constrained by lateral steel beams. Jerry Morosco designed an inconspicuous, rooftop air-handling unit, painting it in the neutral gray that covers the horizontal fascia band. Ductwork runs through the 8′ dropped ceiling in the foyer and above the back-hall ceiling (which was lowered to 8′).

Susan was fortunate that the former owner, a museum curator, already had furnished the house with period-appropriate Paul McCobb pieces. McCobb was “America’s Decorator” of the 1950s and ’60s, whose Directional Designs furniture company produced low-cost, coordinating components—everything from cabinets and shelves to chairs, tables, sofas, and more. His blond wood furniture was found in homes and offices throughout the country and his name became synonymous with International Style and Modern design. (See Fifties Furniture by Paul McCobb: Directional Designs [Schiffer, 2000].)

Projects pending include an outdoor lighting scheme that will expand the living space into the evening garden.