The Ford Plantation, a 1,800-acre gated community near Savannah, Georgia, centered on Henry Ford’s 1936 stately Greek Revival style mansion, is a site that calls out for evocative historical homes.

When Jim Strickland, founder of Historical Concepts architecture and planning firm, set out to design a new house in the community, he knew he needed something special to do justice to what he calls a “fabulous, fabulous location.” The building site was situated along the plantation’s striking oak-lined allée.

Historical Inspiration
He drew inspiration from The Shadows, also a stately Greek Revival style mansion and the first National Trust for Historic Preservation site on the Gulf South. The home, on the banks of the Bayou Teche outside New Orleans, features double verandahs running the length of the building, on either end of which are areas that can be completely shuttered to provide a shady porch in the heat of summer.

The plans for the new house in Georgia, accordingly, incorporated the two-tiered porches with shuttered areas facing the allée, as they face the river in The Shadows, with a wide staircase leading up to the lower of the two. The other side of the house features the distinguishing entryway of Greek Revival architecture, with a portico featuring Doric columns, a transom window, and a pediment. The house also features windows over ten feet tall that let out onto the verandahs and a third story with belvedere.

The interior also echoes the floorplan of the grand Louisiana mansion, with the kitchen, the keeping room, the great room, and the library on the allée side of the house on the first level. On the second story, the master bedroom and the private study adjoin the shuttered areas of the verandah.

The stately historicism extends throughout the home’s interior—formal, with what Strickland calls “a patina of old.” Wood walls lend “a soft but very sophisticated feeling,” and the flooring made of old pine is evocative with rich color and knots in the wood. Columns, transom windows, prominent door casings, and bold, multifaceted crown moldings emphasize the Greek Revival style throughout the house.

Historical Processes
Strickland borrowed inspiration not only from historical architecture but also from the process of how builders worked years ago. He teamed up with Keith Foutz, head of Foutz Construction, whom Strickland considers a talented artisan practiced in all the diverse skills needed to interpret historical structures for modern living.

Builders in Ford’s era and before worked with less technology for planning, and were generally apt to make changes to the design when they encountered obstacles as they were building. They could be spontaneous in their design changes, Strickland contends, because the carpenters of the day were master craftsmen who could take a problem and turn it into a unique and workable feature of a house. 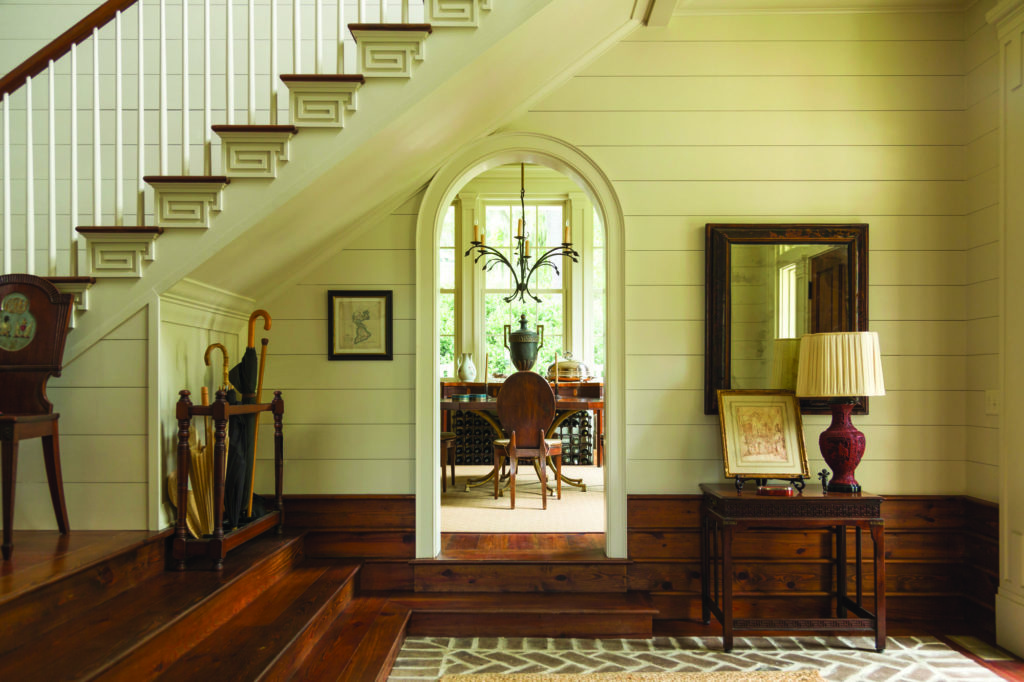 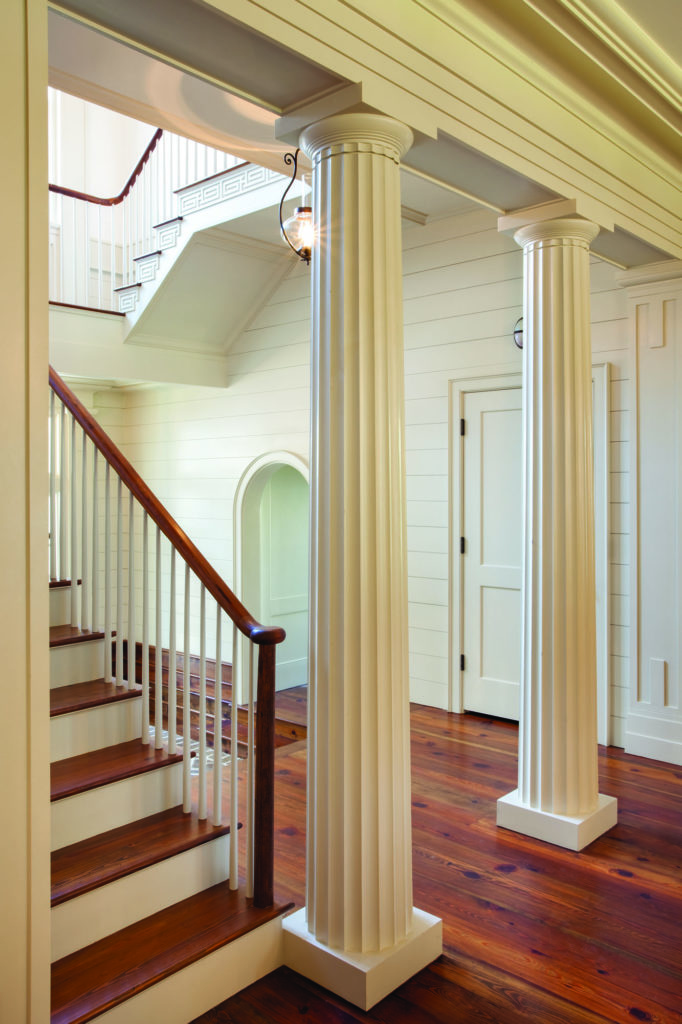 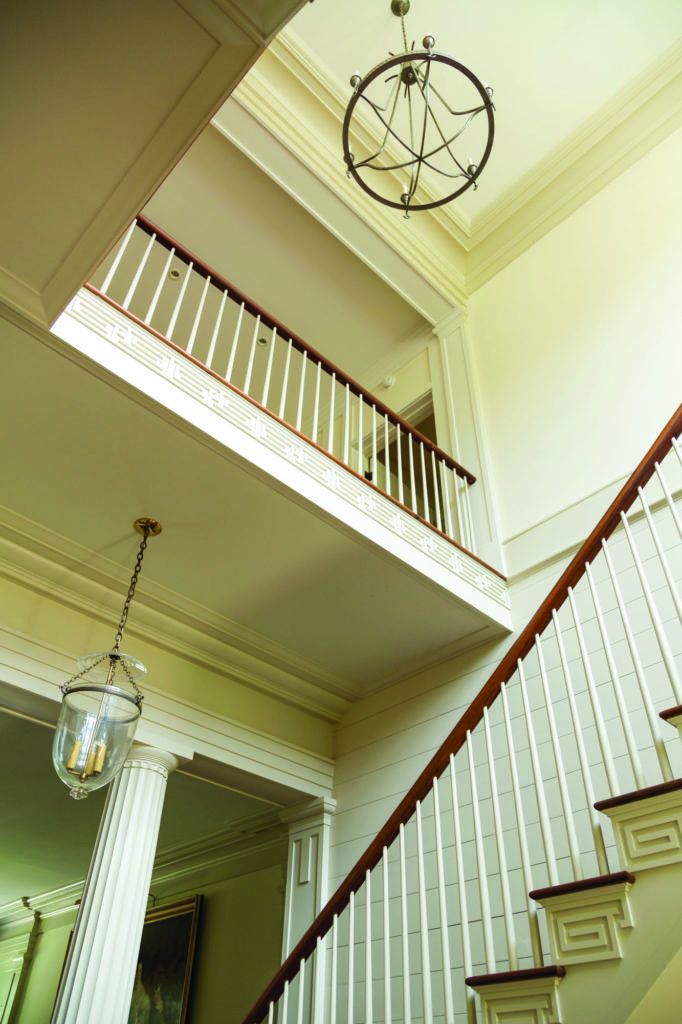 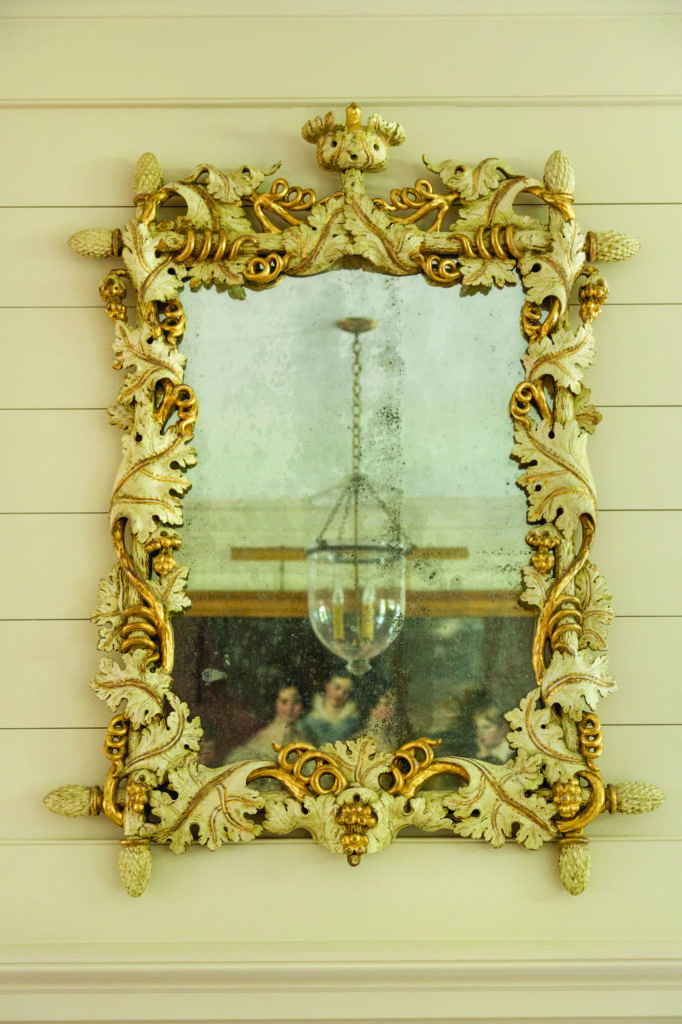 “For a lot of the great old homes, the builder was the architect,” he says. “Their plans were probably on three or four sheets of paper. But they had these great carpenters.”

He notes the arched top to the doorway situated under the house’s main stairway as an example of he and Keith following the lead of the builders of yore. The only way to make the doorway fit under the stairs was to give it a rounded top.

It’s the “overall feeling” of the place that most pleases Strickland. “There’s not one particular space that’s better than another,” he says. “They all go together, they all flow together.”

Many details are particular and special: for examples, the effusive light throughout the house and the dramatic Palladian window overlooking the stairs; the colonnaded verandahs and shuttered porches; the unusual and historic location.

But ultimately, as Strickland says, “it’s the gestalt. I should call this the Gestalt House. It’s the little pieces that come together and make it great.”