The Greek Revival is arguably the most popular and enduring style for residential design in American history. Other styles come and go, but the Greek Revival, which made its first appearance in the early 1800s, has held a special place in the popular imagination ever since. It never quite goes out of style.

For people longing for a new old house, the Greek Revival is a perfect fit. The very concept of a new old house always presents a challenge of authenticity: At what point does a new twenty-first-century home—built of traditional materials and methods but incorporating modern technology and conveniences-cross the line into a Disney-like replica? It is a dilemma that every new old house owner and architect faces, except, perhaps, those who choose the Greek Revival style. That’s because the Greek Revival is—and has always been—all about adapting a formal style loaded with philosophical meaning to the practical realities of everyday life. 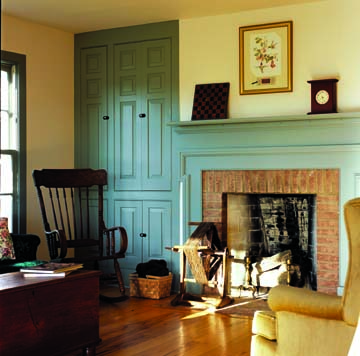 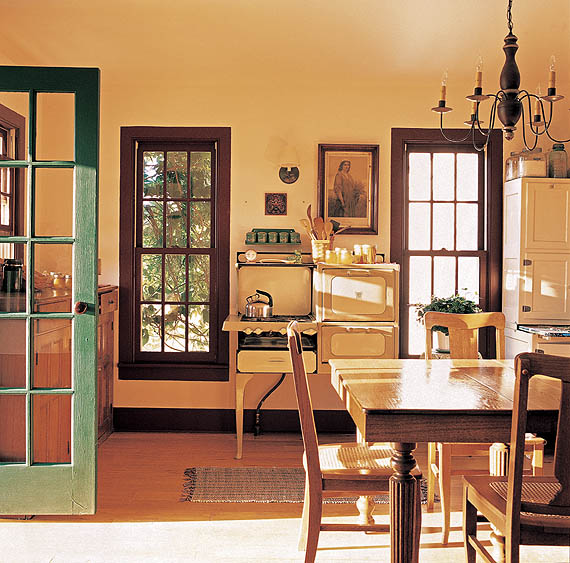 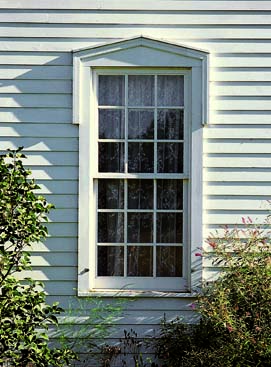 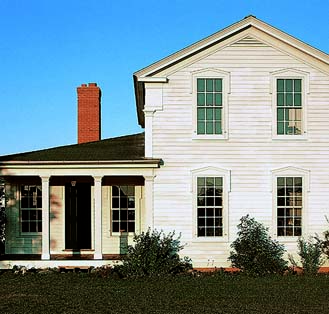 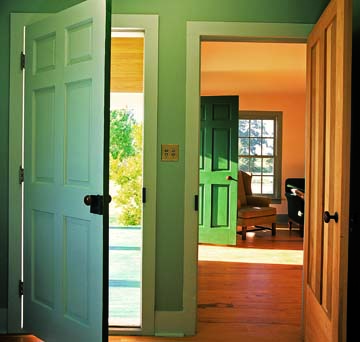 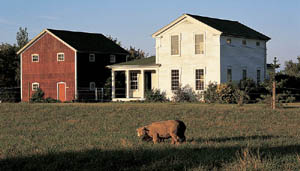 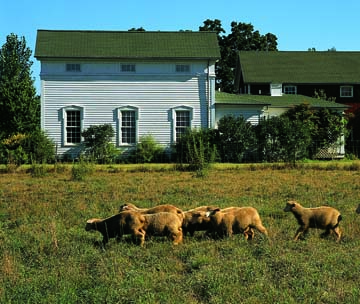 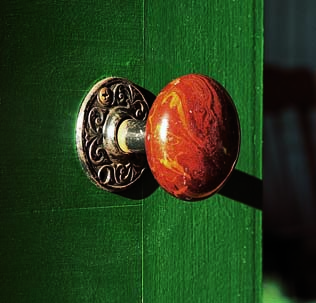 At the turn of the nineteenth century, political and philosophical leaders of our young and fragile nation—the sole representative democracy on the planet—looked to historical models of government for signposts that we were on an enduring and righteous path. They found it in the ancient Greek city-states. Imperfect as those political models later proved themselves to be, they satisfied a profound psychic need of the time for a validating precedent.

The surviving architecture of ancient Greece, with its simple forms, crisp clean lines, minimal ornaments (or so we initially thought), and ennobling civic spirit, appealed very strongly to American sensibilities of practicality, endurance, patriotism, and civic engagement. In typical American fashion, we domesticated the ancient, formal, and imposing style by using humble materials of wood and brick in place of stone, adapting the scale to a variety of civic and domestic building types, and poking through the rigid, formally ritualistic temple forms with doors, windows, and chimneys to create useful, comfortable buildings and homes. The Greek Revival looks “just right” to us, whether it is used for a courthouse, a bank, or a farmhouse. It became embedded in our souls in the nineteenth century and has remained there ever since.

It helped also that in many cases, carpenters and craftsmen could build in the style with the simplest of skills. The understated rectangular shapes and gable roofs were already common, and the original stone details were easily created and applied—often in simplified form—to buildings that we had been building for nearly 200 years.

It is possible, too, that the Greek Revival evokes in us something deeper. A typical child’s drawing of a house contains the essential elements of a Greek Revival house: a two-story structure with a gable roof, a row of windows at the first and second floors, a front door in the middle or to one side, and smoke curling up out of a roof-top chimney.

The home that architect Marc Rueter designed for Steve and Anna Easudes on 25 acres in rural Michigan contains these bare, childlike elements of the Greek Revival style. The main part of the house is the quintessential two-story gable-end, shallow-roof rectangle, with single-story “additions” to the side and rear, a typical farmhouse adaptation of the Greek Revival.

The detailing is simple, almost severe. Two large nine-over-nine pane double-hung windows at the first and second floors are the only openings on the “formal” front gable end; there are no columns, no front porch, and no front door in this part of the house. Instead, the formal entrance is to the side, in the single-story wing, modestly tucked beneath the roof of a farmer’s porch.

The broad side of the house away from the barn is even simpler, with large windows at the first floor only. At the second floor, small attic-type windows are punched into the deep, simply detailed entablature just below the eaves. These bare elements of form and detail, together with thin pilasters at the building corners, matching square columns at the farmer’s porch, and a crisply detailed raking cornice, anchor the house firmly in the Greek Revival style, even though the arrangement might be uncommon. Pedimented hoods over each large window are the only elements of decorative exuberance.

The Easudeses opted for genuine single-pane double-hung windows and true divided lights with wooden muntins, a commitment to authenticity that comes with the semiannual task of putting up and taking down storm windows and screens, but which goes a long way toward preserving the true original character of the style.

On the interior, the arrangement of rooms is entirely unexpected. Typically, a formal parlor and dining room would occupy the main part of the house, and service spaces such as a kitchen, pantry, and mudroom would be found in the single-story wings. Here, the missing formal front door hints at a different arrangement.

The door on the farmer’s porch opens directly into a parlor in the single-story wing, separated by a double-sided fireplace from a large eat-in kitchen, which opens in the rear onto another porch. The single-story wing projects beyond the main two-story volume of the house, allowing the kitchen to have windows on three sides while allowing for a generous mudroom to extend discreetly toward the barn in another single-story wing at the rear.

The arrangement is a masterful adaptation of the formal nineteenth-century Greek Revival to informal twenty-first-century living, once again underscoring the adaptability and enduring character of the style. Though historical precedents would have suggested otherwise, it’s easy to see that this layout makes eminent good sense. The Easudeses enjoy a large master bedroom suite that is at once private and easily accessible to the more social rooms of the house, which have a much stronger relationship to the outdoors. The private study opens both onto the parlor and the farmer’s porch, and, when the door to the master bedroom is closed, becomes another social room.

It’s All About the Details

The interior detailing is also something of a surprise, more Colonial or Federal style than Greek Revival. But this, too, is an adaptation that one might find in historical Greek Revival farmhouses, whose homeowners wanted to convey a prosperous and fashionable social image while not spending more than necessary on decorative flourishes.

Rueter and the Easudeses were careful to keep modern intrusions to a minimum, even to the extent of using black Bakelite push-button light switches with brass plates and furnishing the kitchen with a vintage (but fully operational) circa 1920s porcelain Glazier gas range and an antique kitchen cabinet of the type manufactured by the Hoozier Cabinet Company in the early twentieth century. Details such as these come close to crossing the line—without stepping over it—from authenticity to replica, effectively creating the impression that modern conveniences were added to the nineteenth-century house when they first became available.

In keeping with our long and illustrious history of the Greek Revival, this architect-homeowner team has demonstrated that the style can continue to adapt to changing needs and lifestyles for a long time to come.

All images are from Creating a New Old House by Russell Versaci (Taunton Press 2003).