Having made a fortune in compressed yeast, brothers Charles L. and Max Fleischmann of Cincinnati were searching, in the 1880s, for a summer retreat for their families. They found it in a 160-acre spread above the tiny village of Griffin’s Corners in the Catskill Mountains of New York. Soon the brothers and their three other siblings all had built summer cottages here, bringing their wives and as many as 20 children with them every summer.

Given the slow, sleepy nature of the town today, the Victorian-era boom seems surprising. From the 1880s through the 1910s, hundreds of hotels and boarding houses were built in this area.

Set on a knoll overlooking the valley, Max Fleischmann’s house is a gracious yet rambling blend of the Shingle and Stick Styles. “It was one of seven or eight houses on this hillside,” says Leigh Melander, who today co-owns the house with her husband, Mark Somerfield. “It’s the only one still standing.”

Civic-minded, adventurous, wildly enthusiastic about sports and the arts, the family’s influence created a boom for the little village, where hotels sprang up around a manmade lake. The people of Griffin’s Corners (eventually renamed Fleischmanns) welcomed not only the Fleischmanns, Jewish émigrés from Hungary via Vienna, but also Jewish and Eastern European families with enough money to escape the summer heat in New York City. “They came here and felt accepted,” Leigh says.

Given the nature of Fleischmanns today, the scale of that boom is surprising. “There would be 10,000 people on a Friday night on the streets of town,” Leigh says.

The Fleischmann families arrived for the summer by private railroad car, which dropped them off at their own personal depot at the foot of the mountain. Liveried carriages picked them up while the town band, in spanking-fresh uniforms supplied by the Fleischmanns, “played them up the hill.”

They brought their friends, too. Anton Seidl, artistic director of the Metropolitan Opera and later conductor of the New York Philharmonic, summered in his own Queen Anne cottage on the grounds. The Fleischmann family—who owned the Cincinnati Reds baseball team and, secretly, the Philadelphia Phillies—started a summer baseball league here, the Mountain Athletic Club, which still plays today. The compound was close enough to Saratoga Springs for Charles’s son Julius to play the horses almost daily; the location was a short train ride from the Hudson River, where various family members built and kept yachts. The children were entertained by a heated swimming pool, a private deer park, and an enormous indoor riding rink. There are stories about how Julius and his brother, Max Jr., “would trick ride through the village for the amusement of the locals.”

“We wanted it to feel like a house that has been loved for generations, which it is. The first time we had an event, my father was here; he said to me, ‘Leigh, listen. The house is singing.’” 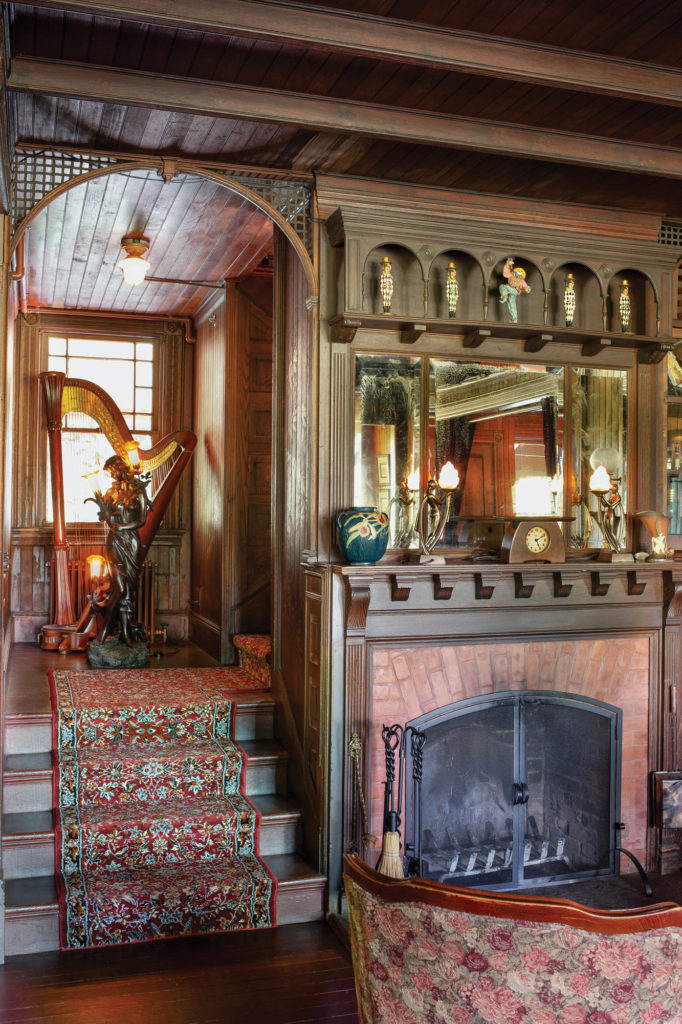 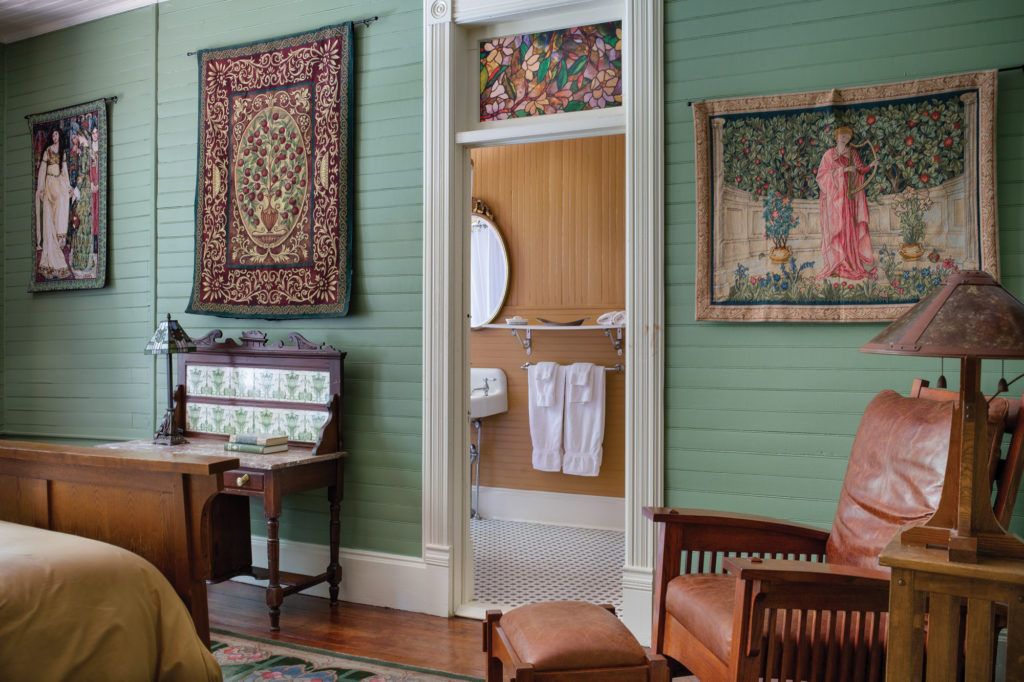 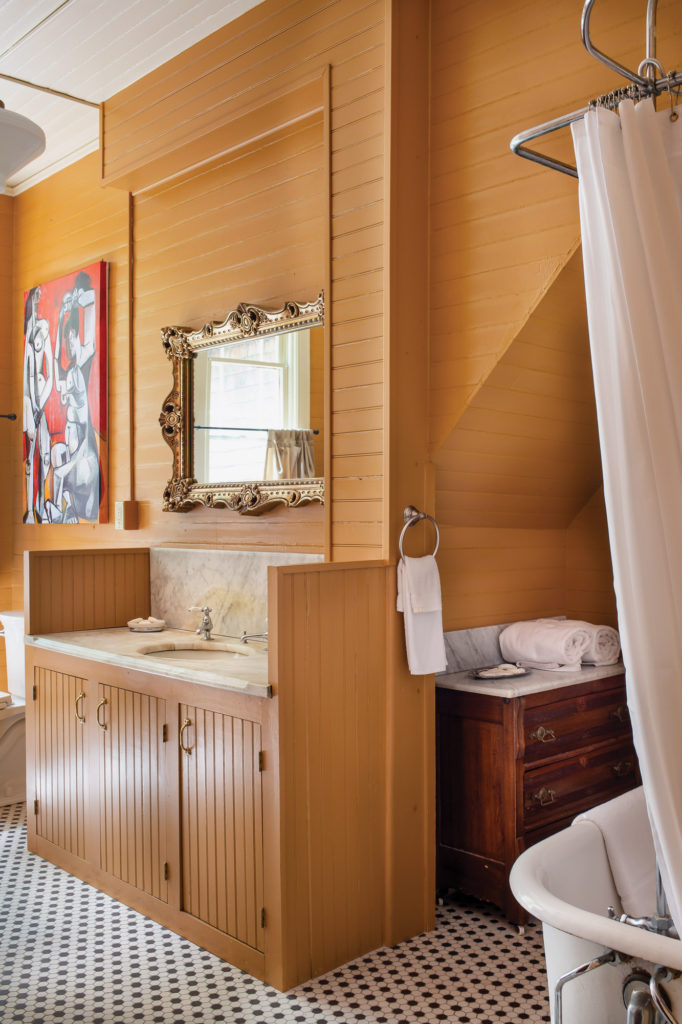 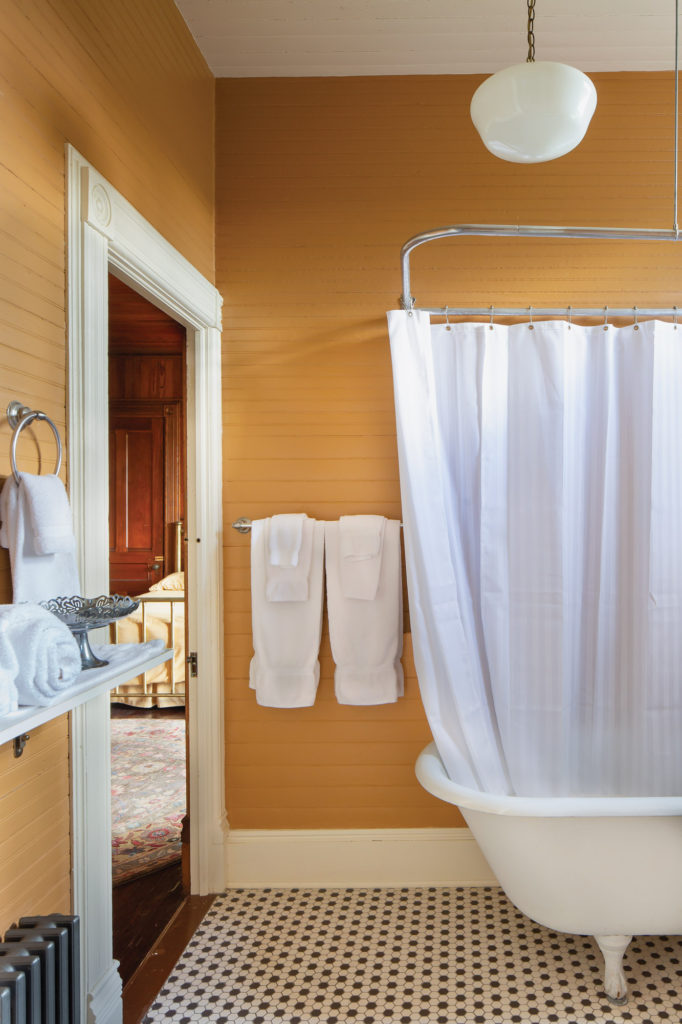 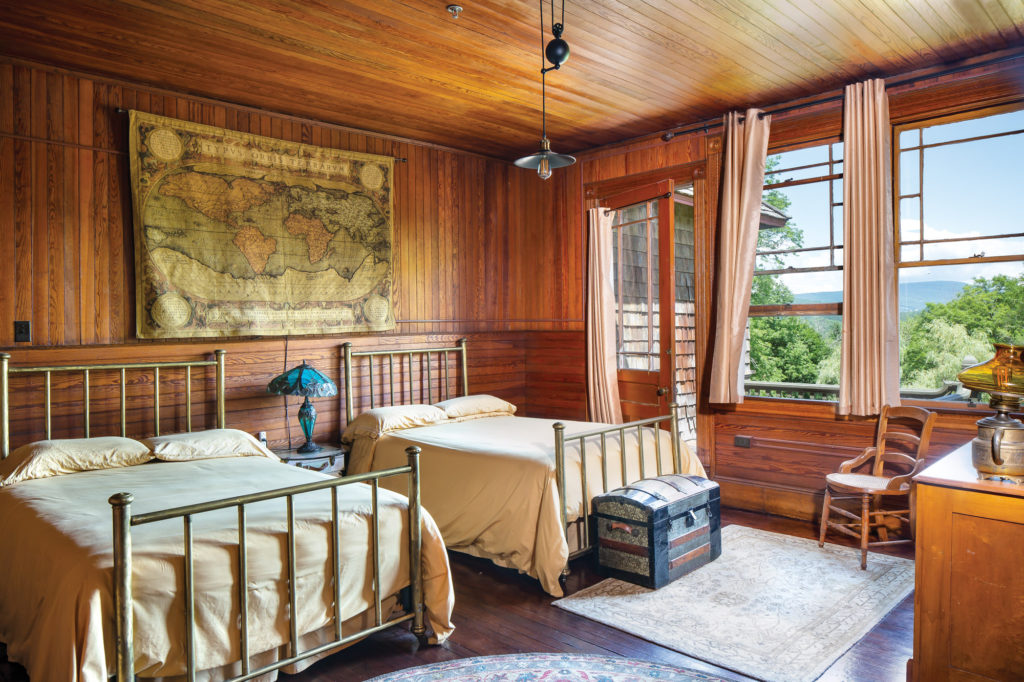 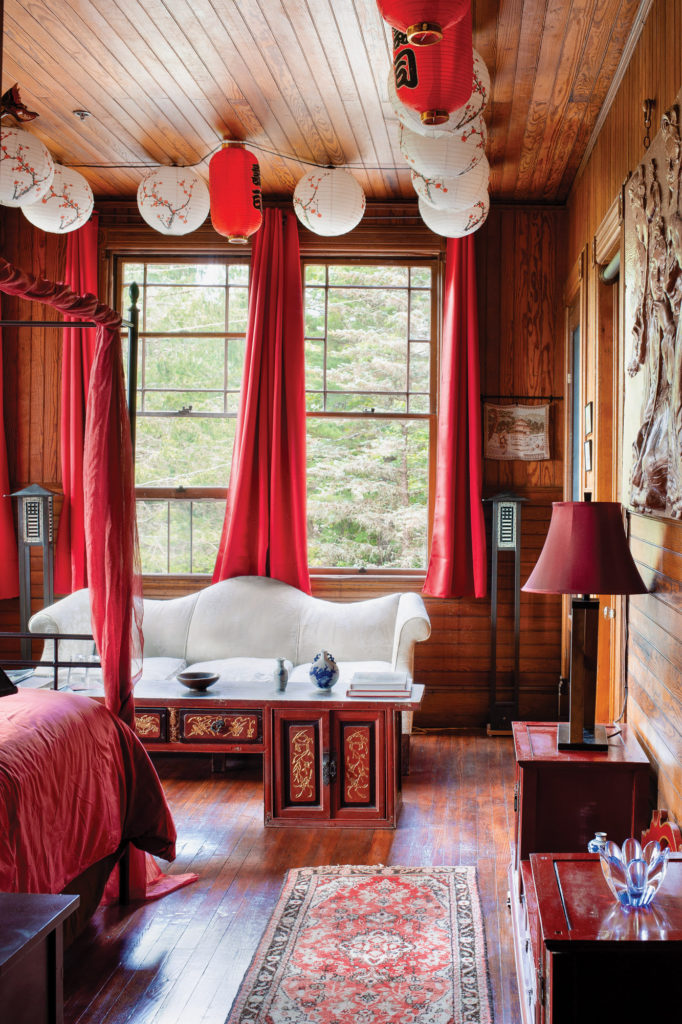 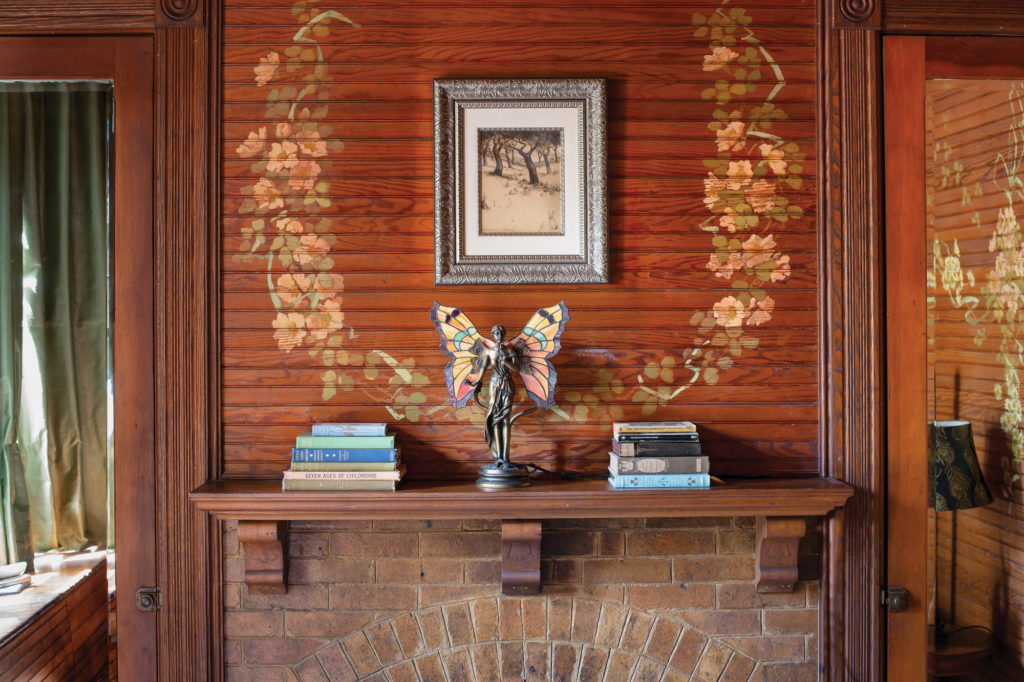 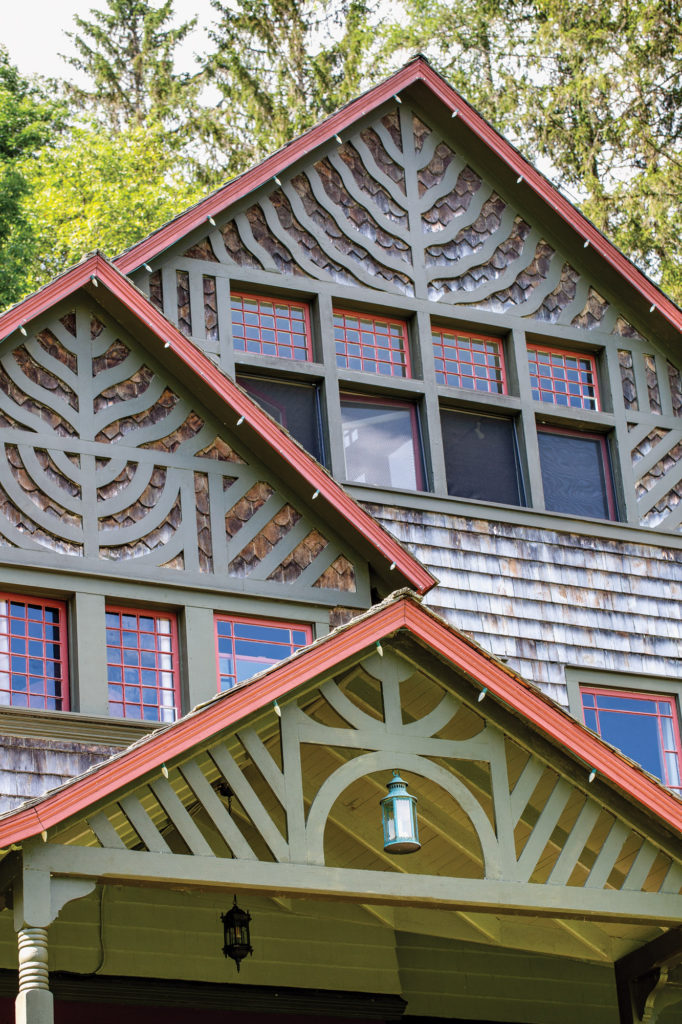 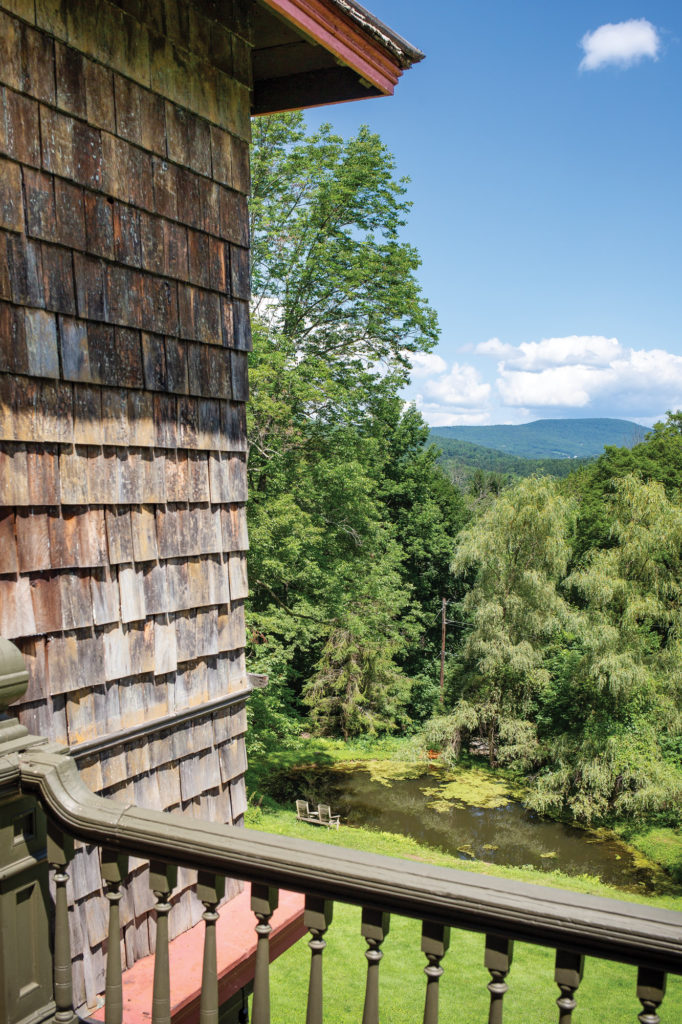 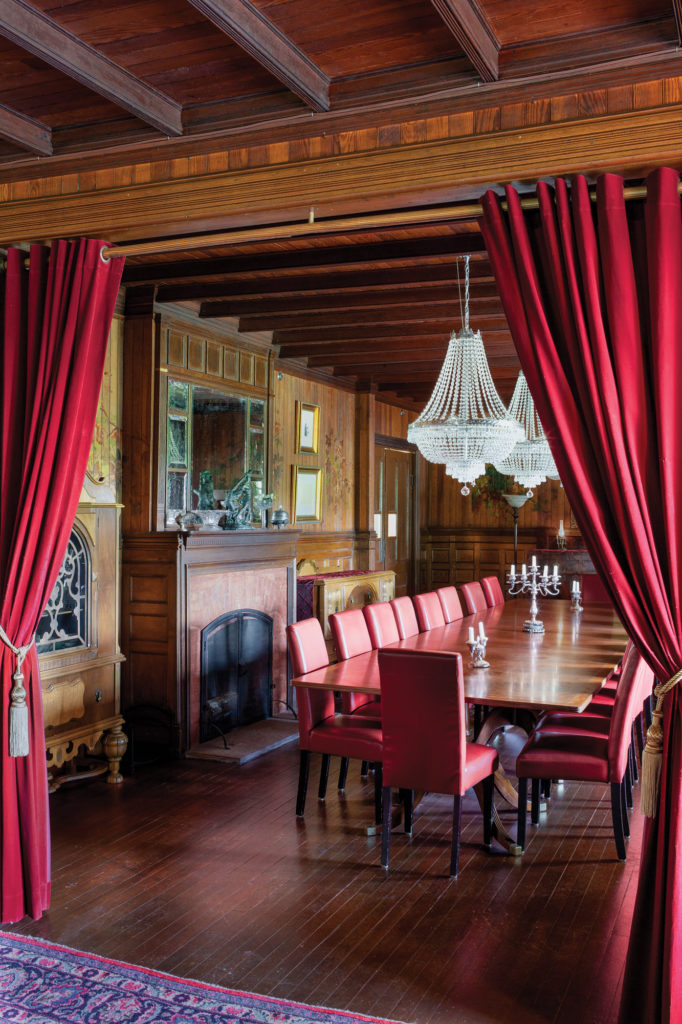 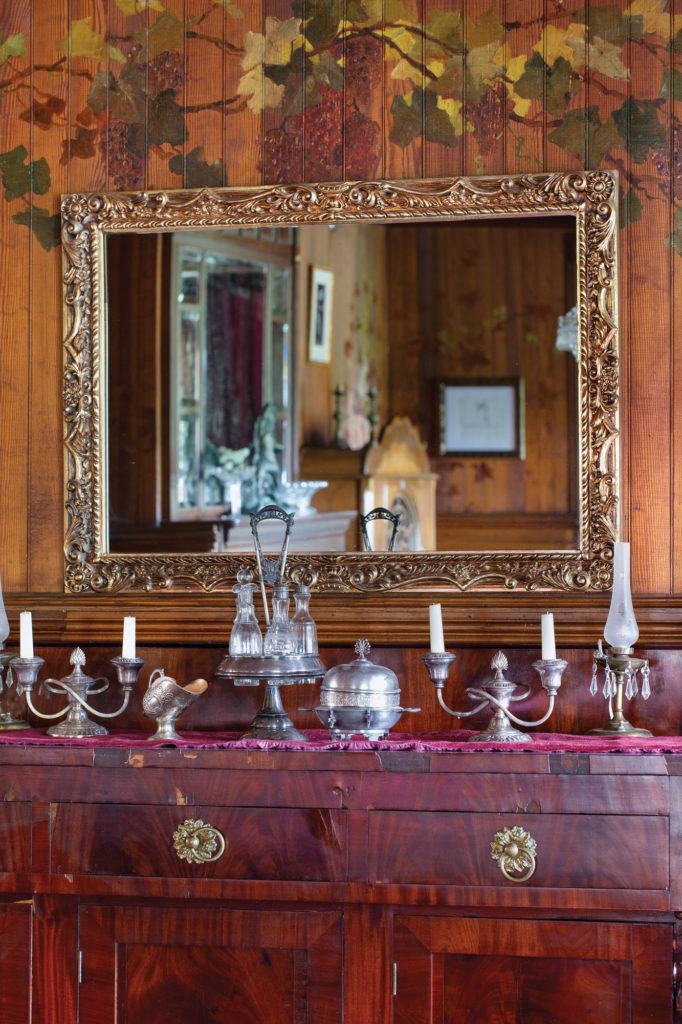 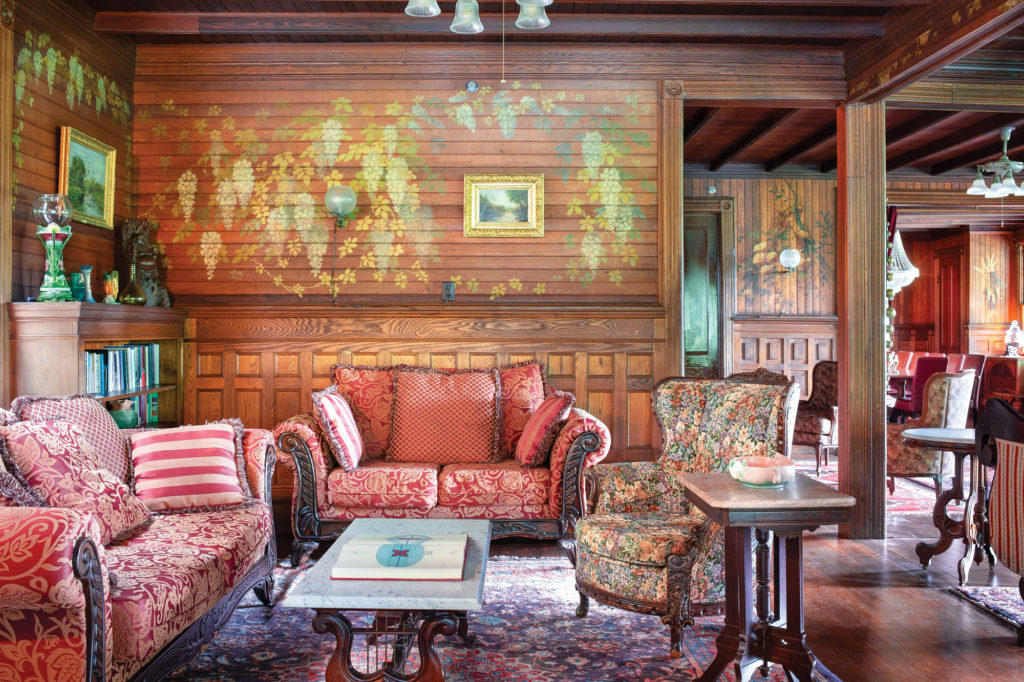 The golden age lasted until World War I, after which family members, now well into the second generation, moved to Long Island’s Gold Coast, to the coast of California, or on to near-continuous safaris in Africa. Max’s house became a hotel in the 1920s, when it was owned by the family of Gertrude Edelstein, later famous on radio and TV as Molly of “The Goldbergs.” The hotel continued to attract creative people, notably musical and artistic guests from Broadway and Tin Pan Alley. After World War II, Max’s house became the Lederer Park House, where for 18 years rabbinical scholars came from all over the world to have “philosophical discussions of what it meant to be Jewish after the Holocaust,” Leigh says. “I don’t know if there were Hasidim in attendance or not, but it’s one of the reasons there is a Hasidic community here today.”

The house passed through other owners, including a New York City woman who saved the structure, stabilizing the foundation and replacing the roof, before Californians Leigh and Mark arrived here on a January day in 2012. Filled with furniture and junk, the house had been unoccupied for at least 20 years.

Spillian is the name of Mark and Leigh’s business venture; they see the house and its setting as a place for imaginative gatherings. The word Spillian is Old English for “to play, to jest, or to revel.” This is not a full-time inn. Guests are invited only for events or for special gatherings designed to integrate play, imagination, spontaneity, impromptu performance, and of course good food and drink. Recent weekend events included Forage Your Feast; The Mighty Haggis, a “seriously silly” celebration of Scots poet Robert Burns; and Trout Tales, a chance to be coached in fly-fishing techniques in the mountain streams.

Read about the floral wall murals at Spillian

Leigh and Mark store dishes and silverware in the purpose-built china closet in the dining room, which is the heart of the house. Bins are marked “milk” and “meat” to keep silverware separate and kosher. Not long after they arrived, the couple got a visit from former owner Mrs. Lederer’s 90-year-old daughter. She told them she had hand-lettered the bins as a child.

Leigh recalls she had to cajole her husband into coming east to search for a house in which to create a new business venture. She wasn’t sure he would like this one. “As we walked in, I saw him gradually fall in love with this woman—and [the house] is a woman. It’s a ‘she’ in his mind, definitely.”

They both knew they’d found the right place to build their dream. Mark threw himself into restoration projects—for instance, tung-oiling every square inch of the pine paneling by hand. “Which is why we have a running joke that she really is the woman in his life, and that I’m the ‘other woman’,” Leigh says, “because Mark and the house know each other so intimately, and they have a love affair going.”

“If I never have to smell tung oil again in my life, I’ll be a very happy person,” Mark answers. He also took out, refurbished, and reinstalled all the radiators, which now work perfectly. He removed and replaced broken panes of glass from an estimated 75 windows, most with at least 10 lights per top sash: “I became a really good glazier.”