The Georgian-style, center-chimney Colonial house sits aloft on a miniature hillside where two dirt roads converge in Woodstock, Connecticut. This was once a busy thoroughfare for travelers en route to Boston, Hartford, or New York. During the Revolutionary War, Captain Henry Child converted his home, which he’d built in 1760, to the Pigeon Inn, to accommodate weary soldiers.

“At the peak, there were 45 inns and taverns in Woodstock alone,” said Peter Howard, who owns the house with his artist wife, Heidi.

A direct descendant of the Child family occupied the dwelling until 1920, when it was sold to Stanley Bednarz. The Darbee family purchased it in the 1950s; Herbert Darbee was associate director of the Connecticut Historical Commission, and a curator at Old Sturbridge Village, so his efforts restoring the neglected house were carried out with integrity. After the Darbees passed away, their son Greg continued the work, through 1993. The family replaced clapboards; rebuilt the chimney, which had been removed above the roof; reinstated the 12-over-12 window sash that had been switched to 2-over-2 around 1900; and reconstructed the hearth in the keeping room.

A fire had ravaged the West Parlor and front hall of the house during the Darbee years. So floorboards taken from the attic replaced the burned ones in the parlor, and also went into the ell kitchen, added in 1890. Before that, the keeping room had served as the kitchen.

When Heidi and Peter Howard bought the property in 2015, they became only the fifth owners in 259 years. Most of the major repair work already had been done.

“Before us, it was a rental,” Peter says: “carpets, big TV sets, fluffy couches. It was a little bit nauseating. We couldn’t wait to pour ourselves into it,” he says—“introducing our aesthetic,” Heidi adds.

The couple removed carpeting, painted the exterior, changed dark-blue trim in the East Parlor to a period salmon, and painted trim in the master bedchamber moss green. 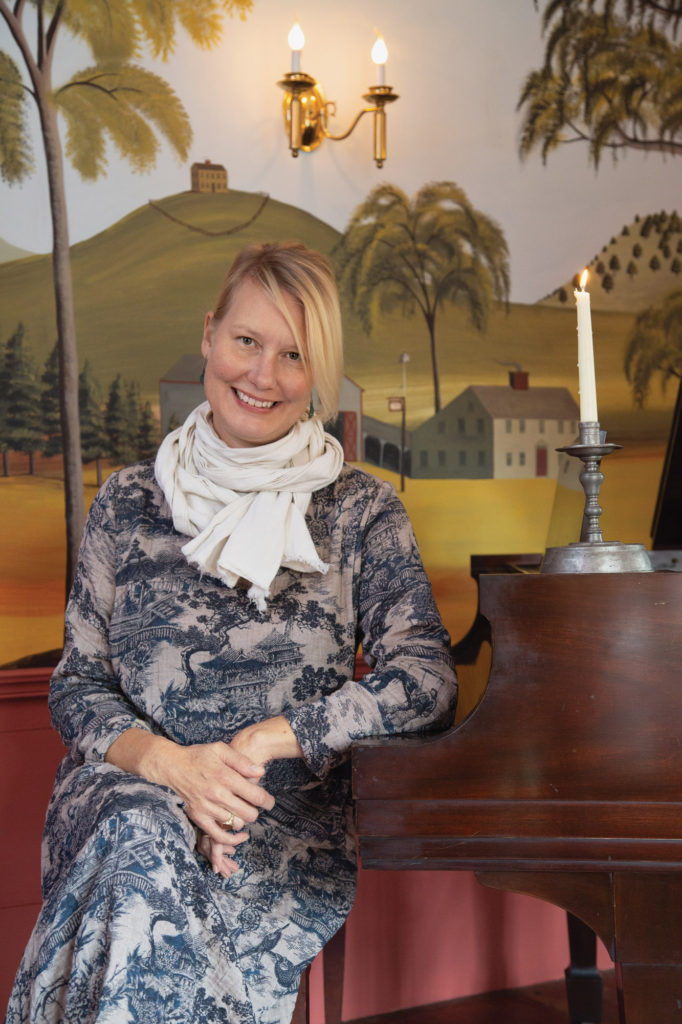 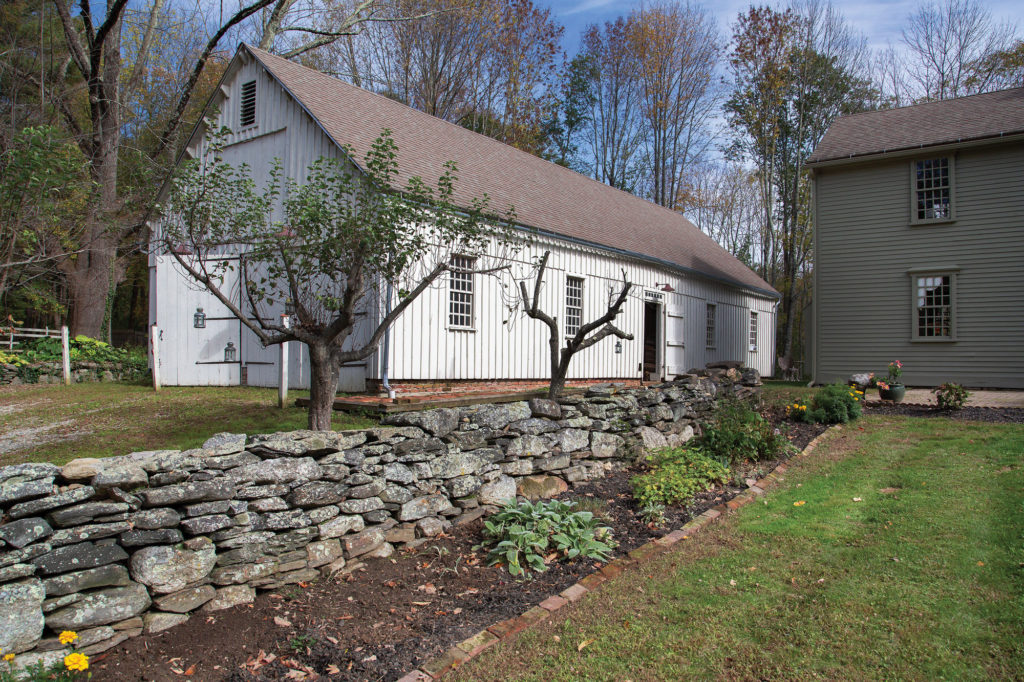 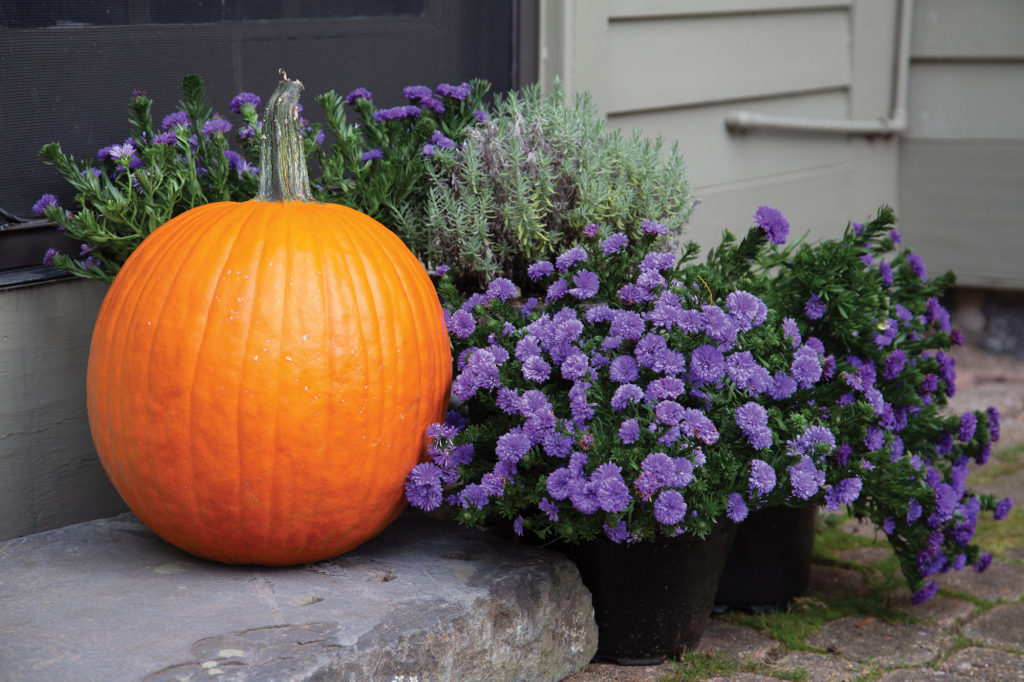 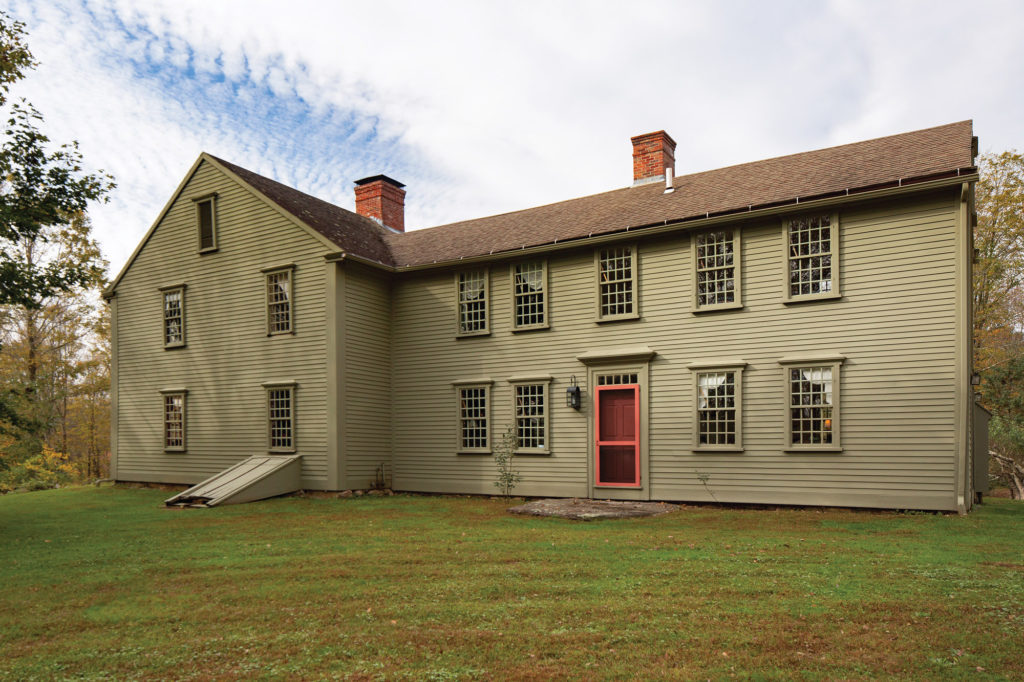 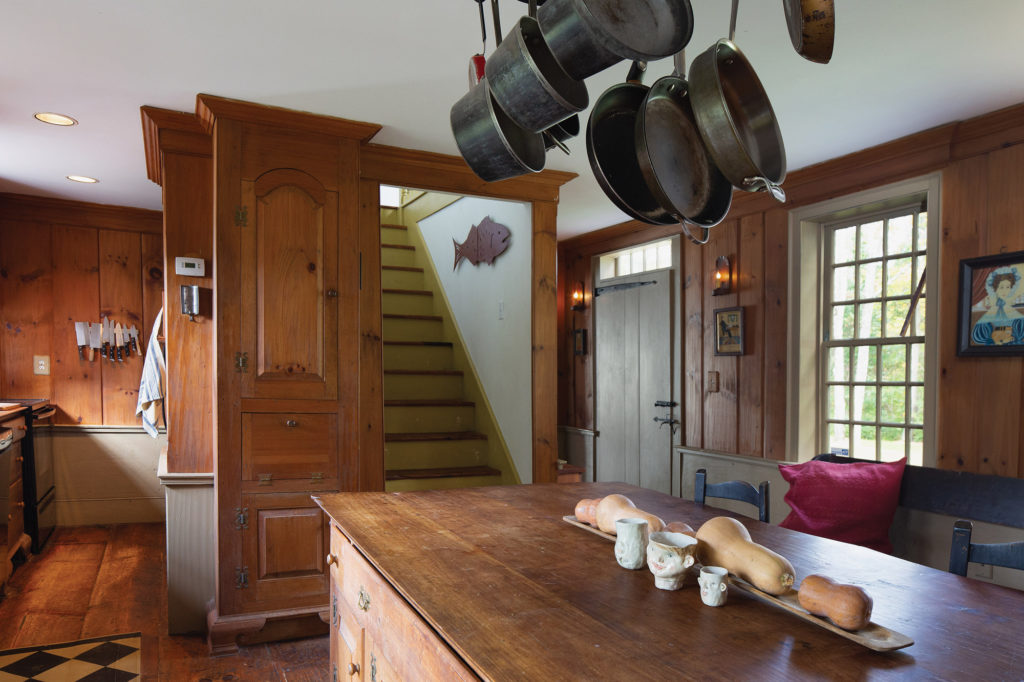 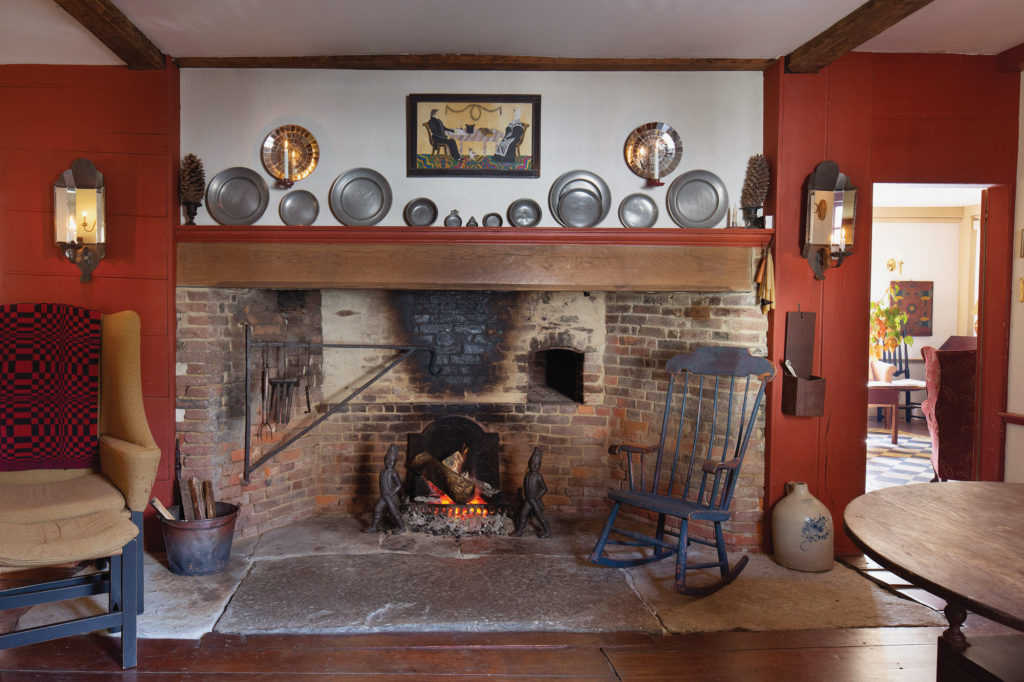 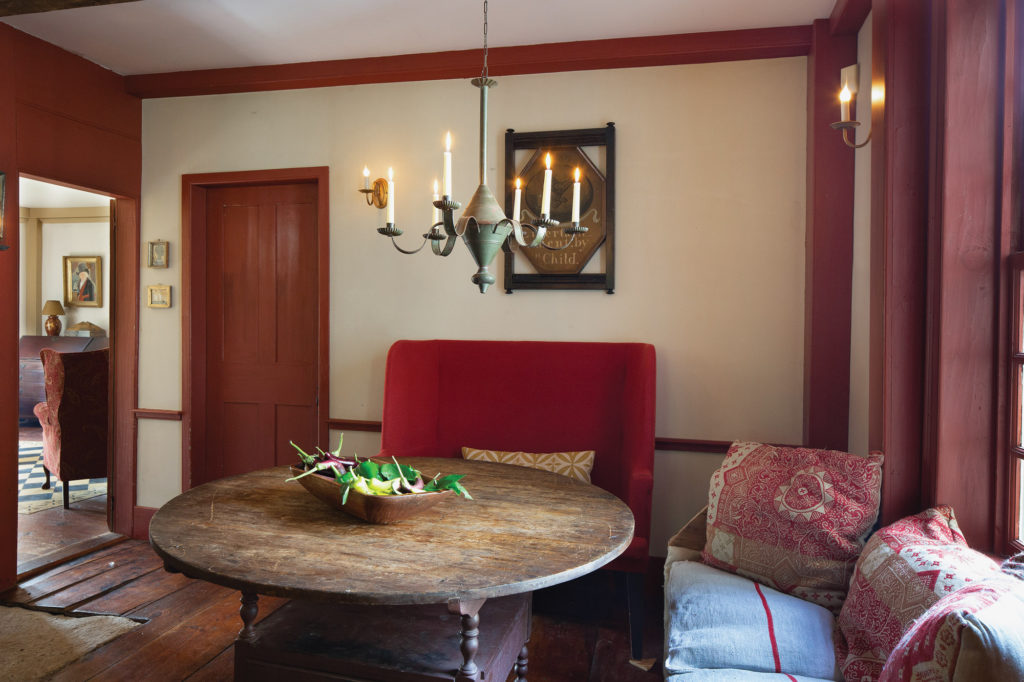 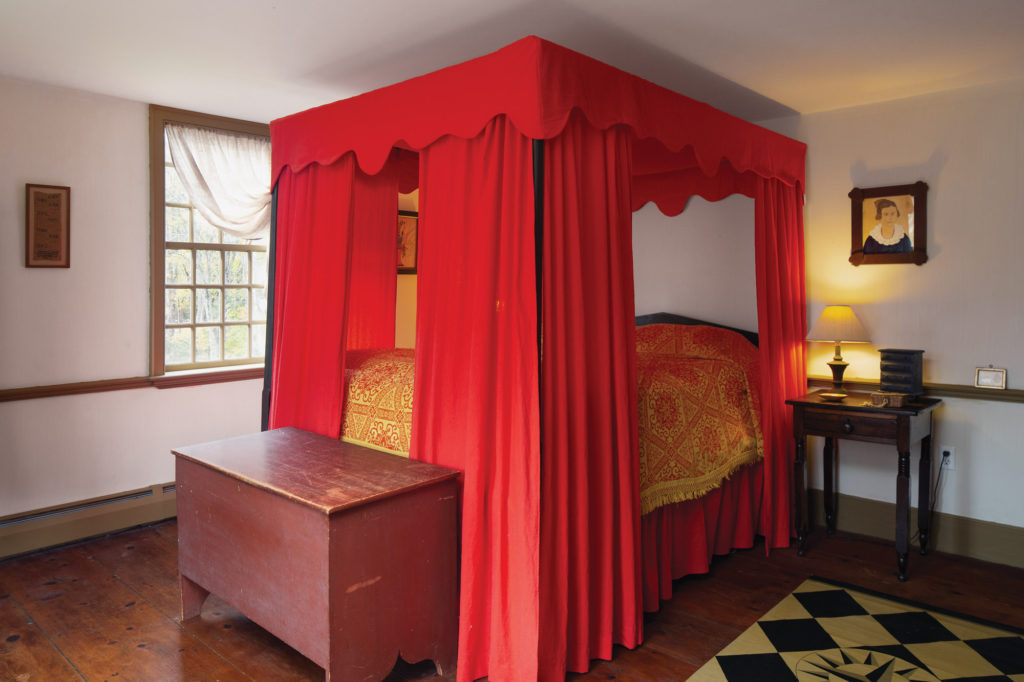 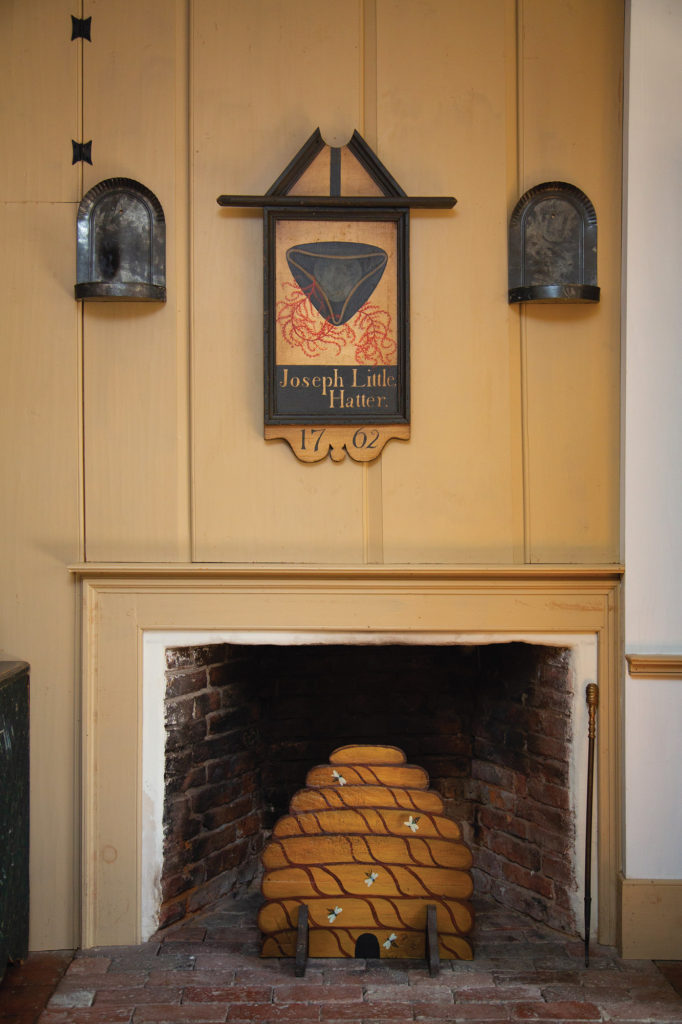 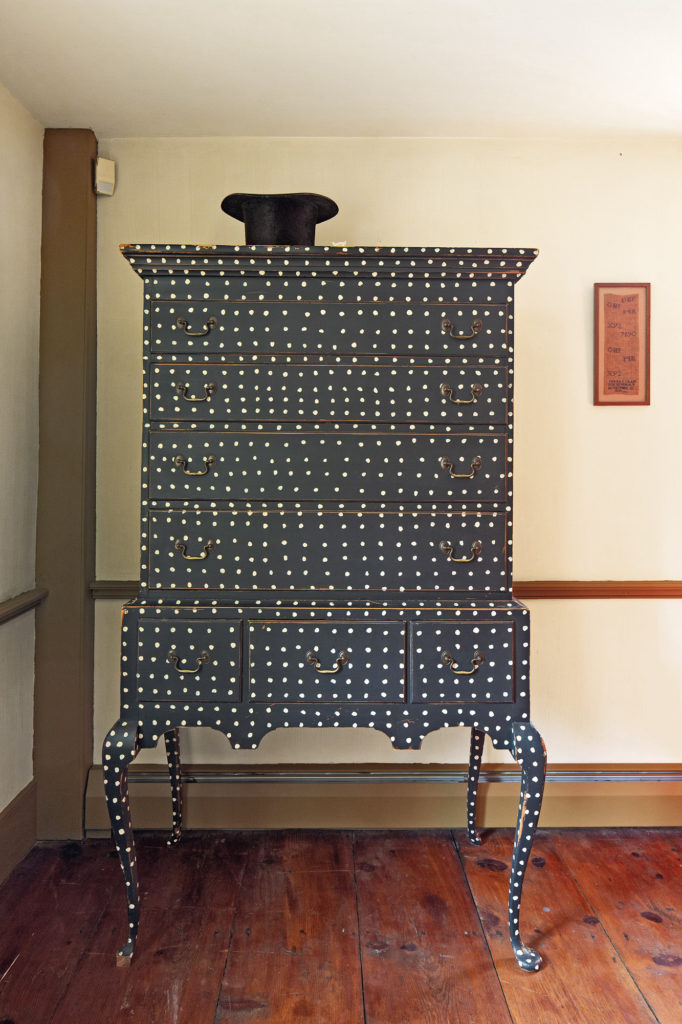 Heidi is a painter and artist who long specialized in trade signs. She painted a mural that fills every wall in the East Parlor, inspired by the work of 19th-century folk artists Rufus Porter and Jonathan D. Poor. The mural includes the Pigeon Inn, as Heidi imagines it in its heyday.

Both Heidi and Peter love antiques, a fondness that developed from having lived in period houses their entire lives. They admit that certain practicalities come to bear on the purchase and daily use of antiques.

“Twenty-five years ago we couldn’t afford antique Windsor chairs at a few thousand each—but there were lots of great reproductions being made, which are practical. You don’t worry about breaking them,” says Peter. “They can be made like the originals and finished to look like true antiques. Otherwise I wouldn’t be comfortable furnishing our 1760 house with reproductions.”

As a paint artist, Heidi recognized the people who do finishes well and knew where to get high-quality furniture. The Howards have relied on DeLuca Windsor Reproductions in Pennsylvania, who made their chairs: “Joe is amazing with finishes and the chairs are very well constructed,” Heidi says.

More recently, with the antiques market much softer, Heidi and Peter have managed to procure some 18th-century pieces from the Brimfield (Mass.) Antiques Show, including a small tavern table in the East Parlor. “Actually, I am exploring antiques dealing as a second career after I retire,” Peter reveals, “so I do a lot of studying. If I find something good enough, we get it. I like filling in. Sure, we’d love to have all antiques, but it’s just not practical,” he says.

The house and the reproductions represent the period from 1750 to 1800, but the Howards are not fanatical. They haven’t felt the need to cover their refrigerator with barn boards or do away with recessed lights. Oddly enough, though they embrace reproduction furniture, they aren’t fans of reproduction houses.

“We lived in a reproduction house once. From afar it looked liked an old Colonial—but then it didn’t have the same smell, or crooked angles, and of course it didn’t have the history that gives an antique house character,” Peter explains. “When you’ve grown up with that, it becomes part of your being. Every couple of decades adds a new layer to an old house and it just keeps getting better.”

A family of artists

Heidi Howard paint-decorated the reproduction sideboard and the vintage chest as well as the highboy in the master bedchamber. (The tramp-art pigeon in a cage is by David Schump.) She belongs to a generation of folk artists and furniture makers who have kept traditional craft alive. Many of them have known each other for years. Howard’s actual family also made contributions to the house: watercolors (including one in the photo at right) are by Peter Howard’s mother, Helen Howard, who also stitched samplers; window treatments and slipcovers are by Lynn von Conta, Heidi’s mother.