The 1881 gable-front Italianate house is situated in the East Moriches Historic District, out on the South Shore of Long Island in New York. It had been preserved, almost unchanged, by its long-term residents, the son and daughter of the couple who built it. Bertram Seides bought the house in 1979 and renamed it Woodlawn; it would become his passion and his home.

In the year of their marriage, a mason named James Wells Barber and his wife, Sarah Terry Benjamin Barber, built the house in the area then known as Benjamintown, after Sarah’s great-grandfather, Amaziah Benjamin, whose descendants owned many of the local farms. The Barber children, Lila and Raymond, never married. Ray ran a general store and was an accomplished amateur photographer; he produced many glass negatives in a primitive darkroom set up in an outbuilding that also housed the family milk cow. His photographs documented Benjamintown’s old houses and farms; he also shot humorous images of “ghosts,” cats, double exposures, and self portraits. (The photographs today are part of the collections of the Center Moriches Historical Society.) Lila kept house, played organ for the Presbyterian Church, and gave lessons on the square grand piano in the parlor. She passed away in 1979, leaving the Victorian farmhouse to a distant nephew. When Bert bought it, many Barber furnishings remained in the house.

Bert’s involvement actually started with another building, a 1720 settlement cottage, in nearby Eastport, slated for demolition to accommodate widening a stretch of the Montauk Highway. “The first time I saw the cottage, I fell in love with it…no one had lived in it for years,” Bert remembers. “It was covered with a gorgeous climbing rose, and crowded by massive, ancient boxwoods. I was reminded of a Wallace Nutting image. It was timber-frame construction and, like every building I take on, it was in pretty rough shape. I wasn’t going to let it be lost.”

The structure was stabilized, but would have to be moved. Bert bought it to save it, then looked for a property where he could “plant the old cottage. The Victorian house was on that property.” His subsequent restoration of the two buildings took about ten years. A third project came along in 1989, when he spearheaded efforts to save the historic Ketcham Inn. 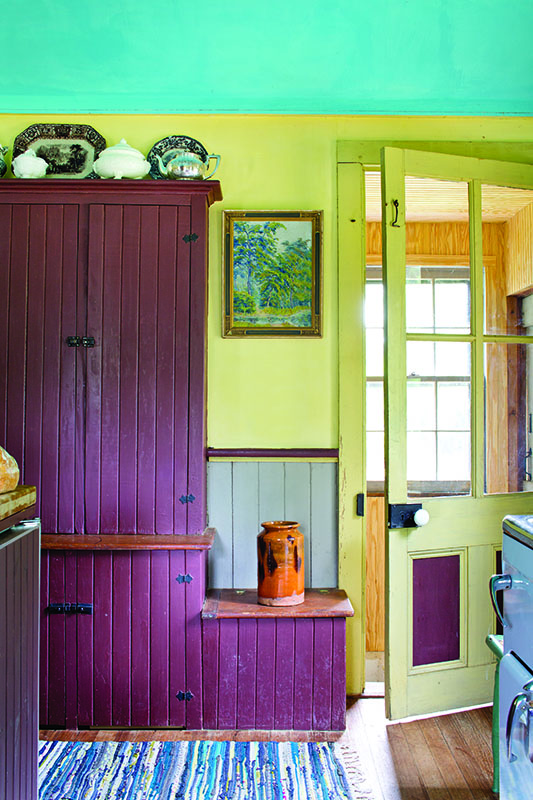 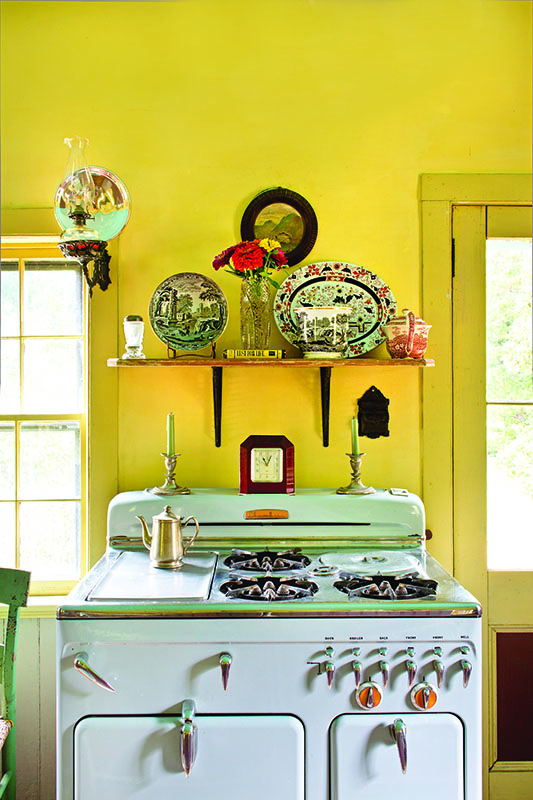 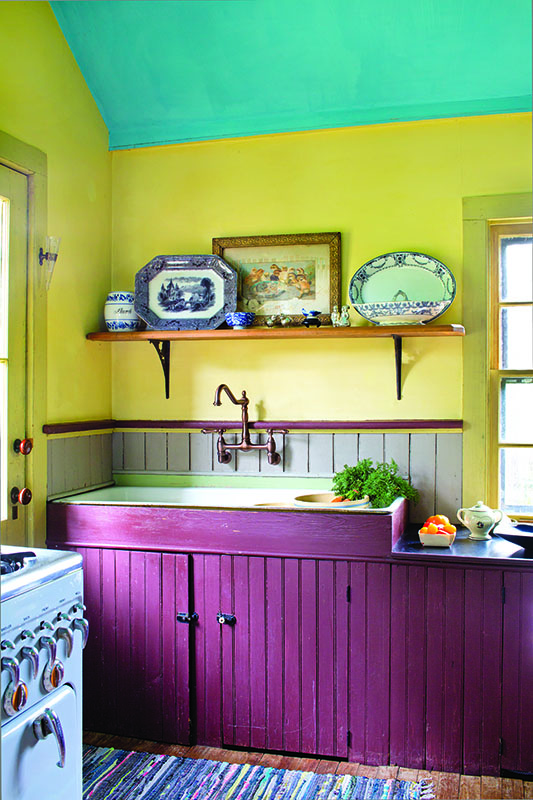 The farmhouse was in a state of neglect. The property was densely overgrown, the barn long gone, some outbuildings in danger of collapse. The house was not attractive to any other buyers; for one thing, there was no indoor bathroom. But it was also remarkably preserved. “I removed asbestos-shingle siding to find the original paint,” Bert says. “After slathering it in linseed oil, I gave the house its second-ever paint job.”

Inside, many doors had only the factory coat of paint. “Once the Barbers built their house and did their color schemes, they never changed anything. It was a rare find,” Bert says. “This is the most original of all the houses I’ve been in. It embodies Victorian architecture in its heyday. Sure, there are many Victorians in San Francisco, or Long Island, but very few that haven’t been rebuilt and remodeled. I was interested in every detail of this house. I wanted to preserve what had survived.” 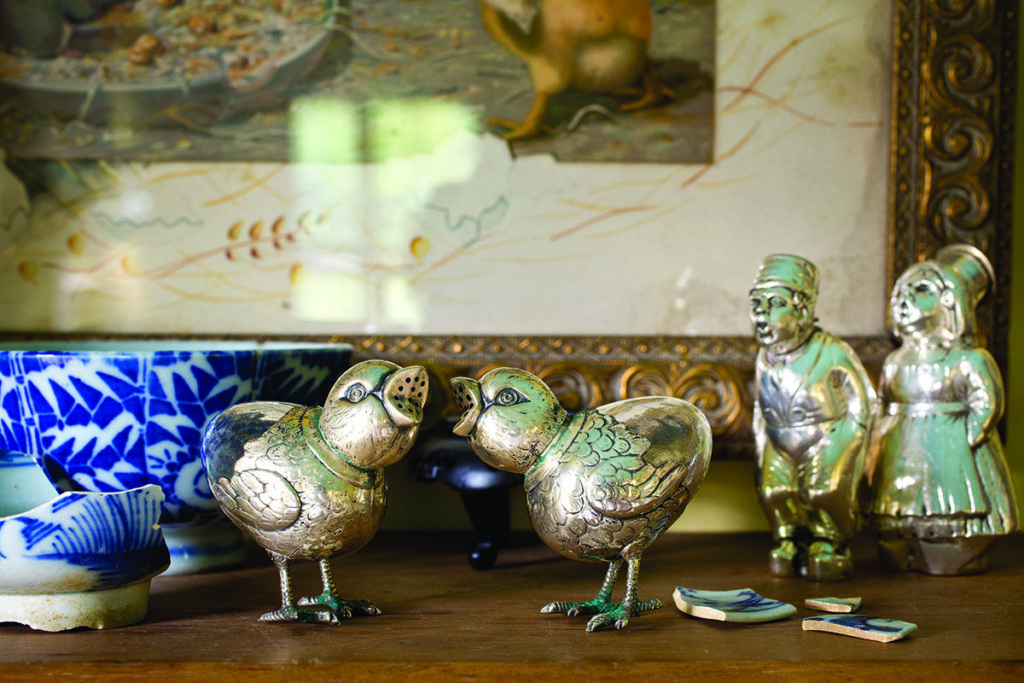 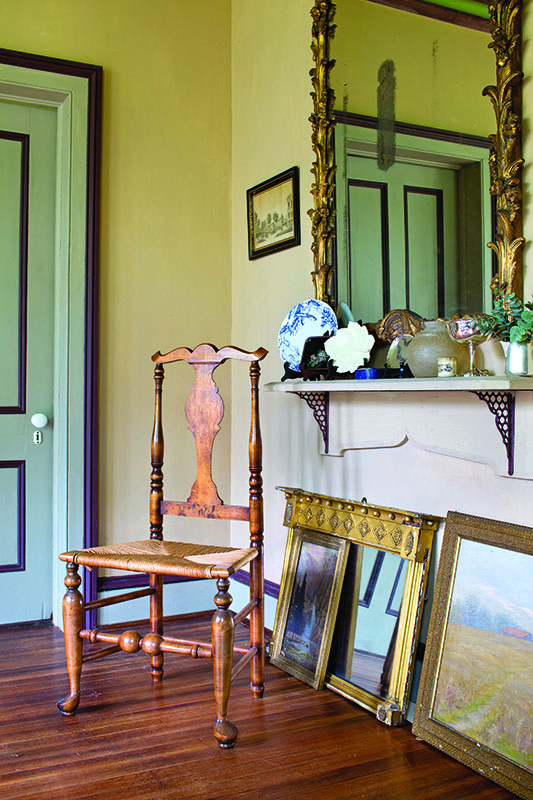 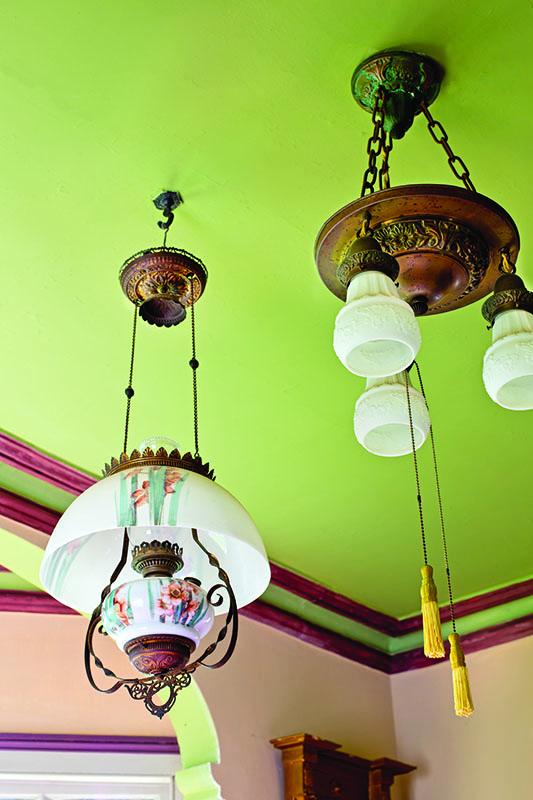 Bert had a shoestring budget and tackled most restoration jobs himself, from nailing shingles on the roof to building a cabinet for the original kitchen. Doors and trim were left as they were. Ceilings and walls, however, needed work. Unlike most Victorian homes, this one had no wallpaper. The Barbers instead had chosen bright, bold colors done in calcimine paint. Calcimine is a water-based mix of chalk and glue binder, which later paints will not bond to. “It was a nightmare,” Bert says. “I spent hour upon hour scraping, washing, and rinsing repeatedly to get rid of the chalky residue.” Then he primed and painted everything in oil paint, exactly matching those original colors. “I never used a roller, but hand-brushed to get the right texture.”

Other houses in the area belonging to the extended Barber family are said to be very colorful, too. (One was moved up island to the Old Bethpage Village Restoration.) “The Barbers lived here, in this house, and experienced these colors,” Bert muses. Amidst his own family heirlooms, antiques, and collectibles, Bert lives with things that belonged to the Barber family: Lila’s braided rugs, a table in the kitchen, Ray’s quilt. A large Victorian mirror still hangs in the parlor. Lila’s room holds an old jelly cupboard and a portrait of her father, James Barber. Ray made the sailboat model that sits in the library.

The house is rich with stories. Bert found an antique chair in pieces when he was cleaning out an old barn in Quogue. It turns out to have been made by the renowned Dominy family (active 1750–1850), from whose East Hampton workshops Henry du Pont bought 800 tools to display at Winterthur. Over the stove hangs an Eastlake-style oil lamp, original to the house but missing its fragile mercury reflector. Bert replaced it with one he’d been given when he was 12 years old.

Every repair or improvement was carefully considered. New lighting added by Bert is operated by switch, for example, but the original lights retain their pull chains. A bathroom window casing is original, unused millwork dating from the 1881 construction and found in an outbuilding. The bathrooms are the only major change to the house.

“I thought about how to add a bathroom,” Bert says. There had been only a kind of attached outhouse. “I didn’t want to disfigure the house, so I saw no choice but to build an addition.” (It’s visible to the right of the house in the photo on p. 12.) The small two-storey structure, clad in shingles, provides a bathroom on each floor. Access is unobtrusive: through a former closet door under the stairs, and from the upstairs landing. The house’s original clapboards are there on one wall of the downstairs bath. 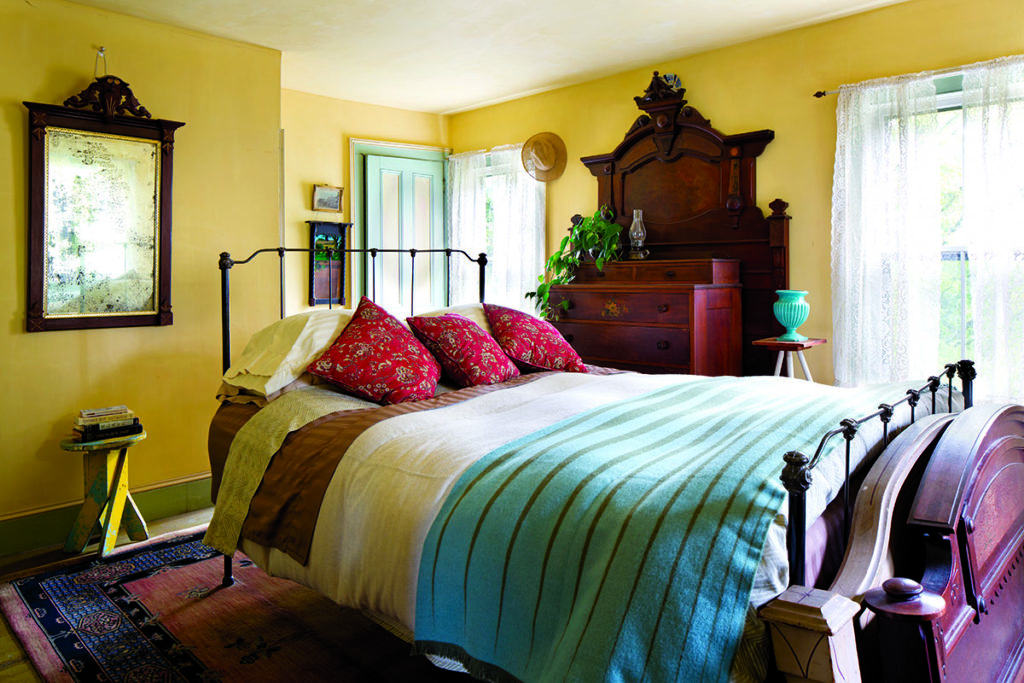 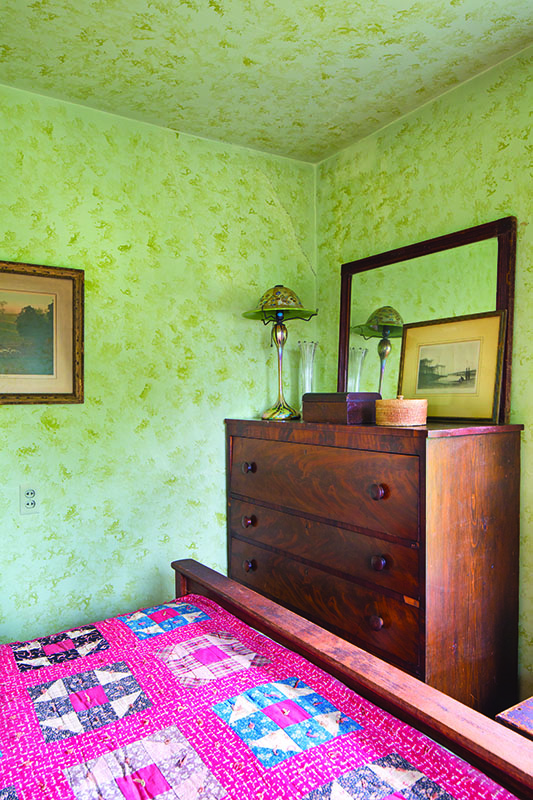 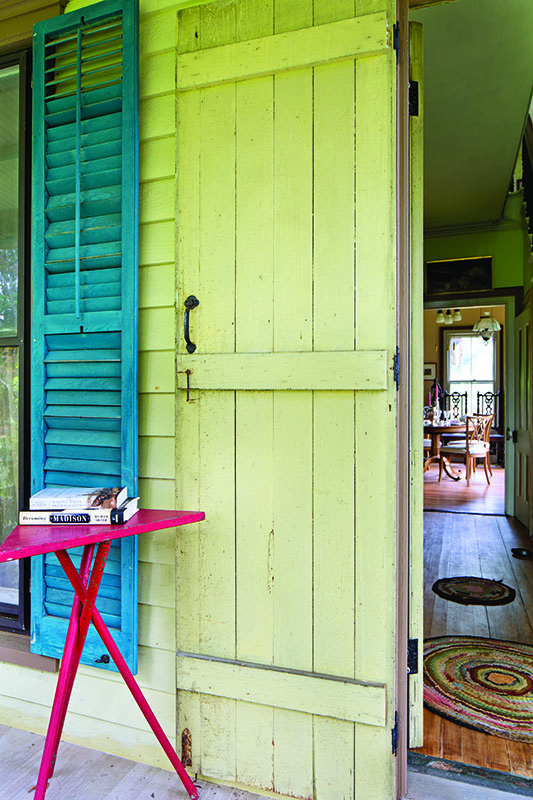 Bert was born and raised on his parent’s mink farm in Center Moriches, where hired hands used to call him “the little architect.” He studied architecture in New York City but remains a full-time resident of East Moriches. He serves as president of the Ketcham Inn Foundation and also of the Center Moriches Historical Society. Bert Seides is quite literally at home with history.