When Sue Thompson first came to Tuckahoe in 1973, she was on a date. Tad’s brother, Tee, lived here at the time with his wife, Carey. We drove out with Tad’s mother and grandfather to have lunch together, she explains. Sue and Tad Thompson eventually married, and in 1977 they moved into Tuckahoe, a venerable Georgian frame house on the James River in Richmond, Virginia, that was once home to a young Thomas Jefferson. The Thompsons have lived there ever since, preserving the house while calling it home and raising four children, who are now in their twenties. Along the way, Sue came to realize that she’d seen the house in a 1956 movie shown during her orientation at the College of William and Mary.

“The movie was all about patriotism and Virginia’s glorious history,” she says, her voice growing warm. “That was a long time ago, but after all these years, I still keep learning how and why this house is special.”

Tuckahoe is very special, indeed. Thomas Randolph, a son of William and Mary Randolph—known as the Adam and Eve of Virginia—established the plantation around 1715 with a structure that no longer exists. Thomas’s son, William, built the north end of Tuckahoe in 1733 and added a south wing and hyphen connector around 1740, giving the house its unusual H-shape. The house’s magnificent walnut and heart pine paneling date to this timeframe. When William died, his executor and closest friend Peter Jefferson (whose wife was William’s first cousin) moved into Tuckahoe. Jefferson and his family, including young son Thomas, the future president, lived there for seven years. 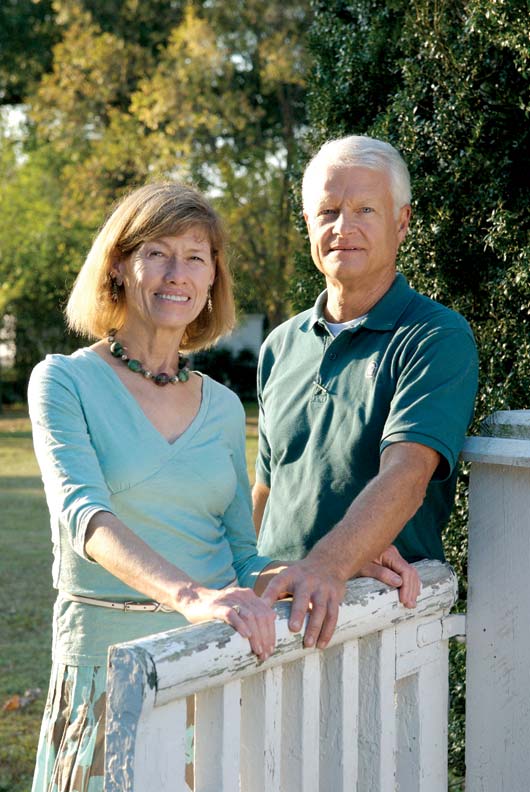 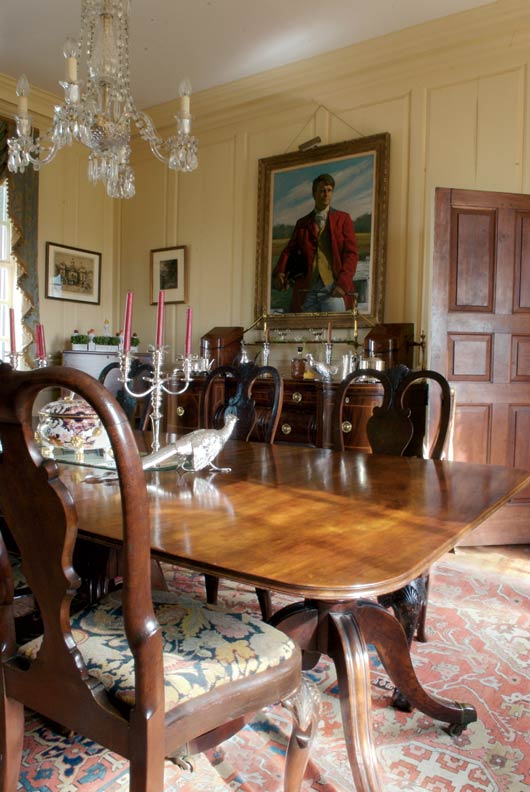 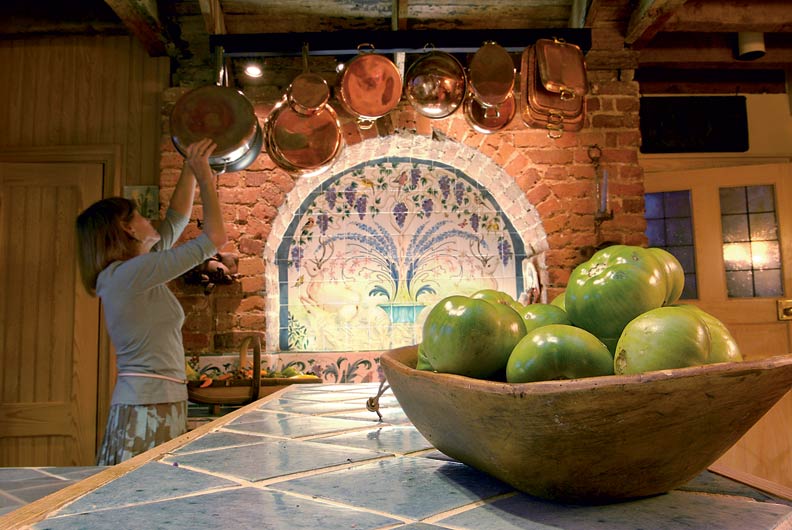 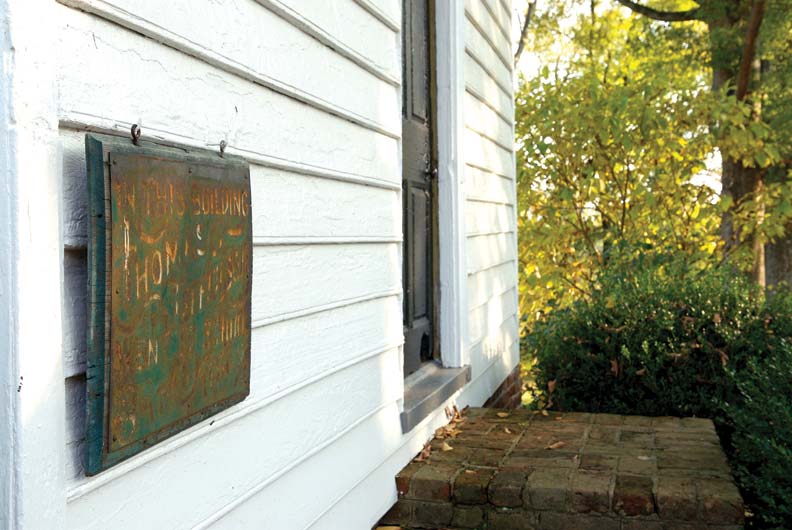 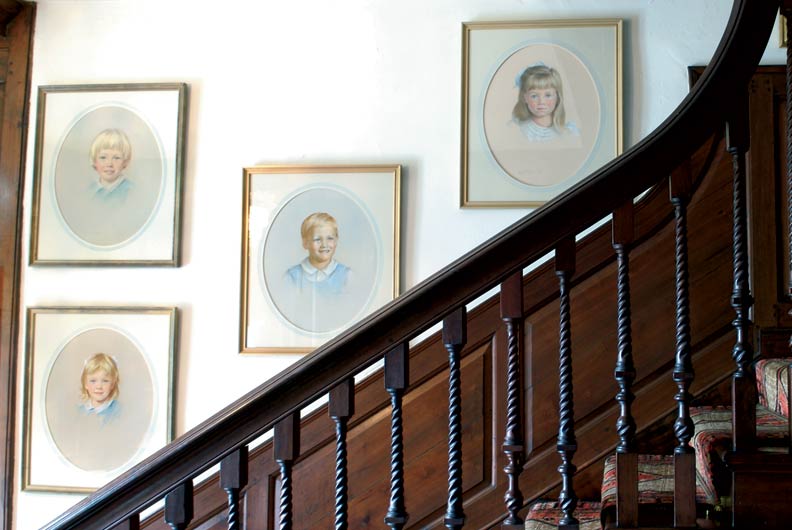 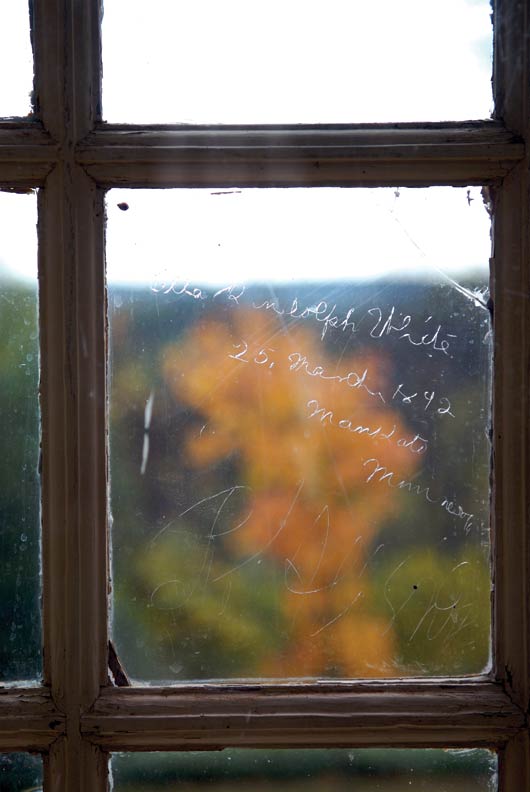 All in the Family

While other Thomas Jefferson sites are better known, none of them are family homes today. Tuckahoe is also the only Randolph house still sited at its original location. It remained in Randolph hands until the early 19th century, when it was sold for the first time. Tad Thompson’s grandmother, Isabelle Ball Baker, bought it with her sister’s help in 1935.

“Granny Belle was nostalgic about the rural South. In 1893 when she was about 10, the Chesapeake Bay house she grew up in was destroyed in a fire,” explains Tad. “I think she bought Tuckahoe not only to preserve an important historic building, but because she had visions of replacing childhood memories with a country house.”

“Tuckahoe” derives from the Algonquin word ptuckweoo, which directly translates to “it is round,” but was more commonly used to describe the aquatic and bog plants that provided starch in the diet of American Indians. Today, Tuckahoe looks much as it did in Jefferson’s day. The two-story house with an English basement is flanked on one side by original outbuildings—including a smokehouse, storehouse, office stable, and kitchen—and on the other side by the schoolhouse where young Thomas Jefferson began his storied education. Gardens appropriate to the period also surround Tuckahoe, which now belongs to a partnership of 17 descendants of Granny Belle who share responsibility for its operation and maintenance. A management committee consists of the three main owners: siblings William T. Thompson III (Tee), Addison Baker Thompson (Tad), and Jessie Thompson Krusen.

“Because I live here, I’m in charge of day-to-day operations,” says Tad. “Sue manages the grounds. We have at least quarterly meetings of the committee, and annual meetings of the owners.”

The goal of the family partnership is to preserve the house for future generations, and Tuckahoe is also protected by preservation easements- held by Virginia’s Department of Historic Resources, the first one recorded in 1986. But when it comes to specifics, how do 17 family members find agreement?

“We have a constitution,” Tad says, one that was drawn up by a legal firm. He goes on to explain that involvement with the house varies, and family members move in and out. “We’re looking for more input from some, but we all vote on projects and expenditures.”

An example is the kitchen/family room that Tad and Sue decided to renovate in 1992, to replace an earlier basement kitchen. “We had to be concerned with rambunctious children,” Tad explains.

“Architects and historic preservationists urged us to think of the generations to come—excellent advice,” remembers Sue. “We knew that we wouldn’t rip out the windows or change any of the historic fabric of the structure. It was a lengthy process, but in the end, all the family agreed.” The project reworked existing space without changing any structural elements, save a furnace that was moved outdoors.

The new family room also took pressure off historic rooms that display rare 18th century paneling and some of the earliest woodcarvings found in America.

When describing raising children in such an important house, Sue says, “You have to exercise caution. We limited indoor playtime, and didn’t use every room all the time.” For example, the French parlor, a formal, white room with an Aubusson carpet and French furniture, was only opened up on special occasions. “The children were very aware of the special qualities of their home,” she continues. “One son broke a teacup once, but that was the extent of the damage.”

The house suffered far greater casualties when Hurricane Isabel felled a tree in September of 2003. The tree destroyed the front portico, punctured the roof with several holes, and badly damaged the chimney. “It was a calamity that required a lot of communication between all 17 of us,” Tad says. “The good news was that we had an excellent insurance policy.” Though he spends several hours a day managing Tuckahoe, he goes to an office job in Richmond, where he works as a financial planner and wealth consultant. “I do this on the side,” he smiles.

Tad recalls how, as a child, We would visit Granny Belle for Sunday lunch, and I’d run around in her big box garden. Today the gardens are open for tours during Virginia’s Historic Garden Week, which celebrates its 75th anniversary in 2008. Professors of historic architecture from the University of Virginia and Virginia Commonwealth University regularly bring students to visit the house, and Tuckahoe has become a favorite stop on Elderhostel tours. Over the years, the gardens have also grown into a revenue source as a site for weddings and other events. “A fellow books events and is there on weekends. The income goes directly into the operating fund; it helps to defray the house’s maintenance costs,” Tad explains, but adds that rental income does not cover all expenses.” We 17 owners regularly have to reach into our pockets.”

The benefits of living at Tuckahoe are self-evident, according to the Thompsons. “Every child growing up in Virginia knows about Thomas Jefferson, and once our children started school, a lot of their field trips came here to see where he’d spent his youth”, Sue recalls. “Our older daughter once wrote a mystery story about a trip through time that involved Thomas Jefferson. One son says he used to look out the window and daydream about how Thomas Jefferson used to do the same thing.”

Best of all, Sue says, is the way the house seems to bring out the best in people. “When Hurricane Isabel hit, everyone worked together, and we received wonderful professional advice. We’ve had amazing people come visit, and they help us to understand the house and its history. Once, a bookseller who knew how Jefferson marked his books happened through. He examined a book Tad brought him, and identified it as having once belonged to Thomas Jefferson. We all had goosebumps.”

That generous spirit has always been in evidence, explains Sue.

“When I first came to live here with Tad, I could have been intimidated by the house, but his mother always made sure that I knew this was a home.”

“In fact,” she laughs, “she once suggested we turn the hall into a playroom, saying, ‘Why don’t you put the ping-pong table there? There’s plenty of room.’ I think it’s an indication of how much she wanted us to feel that we could relax and be at home.”

Her husband agrees that, while its owners cherish the house’s history, they don’t consider it a museum. “It’s a family home where future generations will live and raise their children,” he says. In a part of the country full of important historic houses, both public and private, that is the strength and the charm of Tuckahoe. After nearly 300 years its location, structure, and use remain unchanged. It is home to a family.