Not many 18th-century houses still store the hand tools that built them. But this one, the Ebenezer Alden House in Union, Maine, has benefitted from good stewardship over two centuries. Ebenezer (1774–1862) was a direct descendant of John and Priscilla Alden of Plymouth, Massachusetts, the couple immortalized by Longfellow. This Alden was also born in the Boston area.

Alden came to Maine with General Henry Knox. Apprenticed at a young age and an excellent finish carpenter, Ebenezer was employed on the original Knox Mansion in Thomaston. By 1795 Ebenezer was in Union, operating its first general store. He planned and built his handsome home, completing it by 1798 (when he was just 24). In 1799 he went back to Massachusetts to get his bride, Patience Gilmor, whose father and brother were already in Union. The couple eventually had 12 children.

The house was owned by Alden descendants through the early 1960s. Later in that decade, new owners did significant restoration work following recommended preservation practices. Alden’s own tools were used to manufacture bits of replacement trim. David and Suzanne Shaub, who met the former owners in the early 1980s and often visited the house, have owned it since 1997. The property was listed on the National Register of Historic Places in 1975. 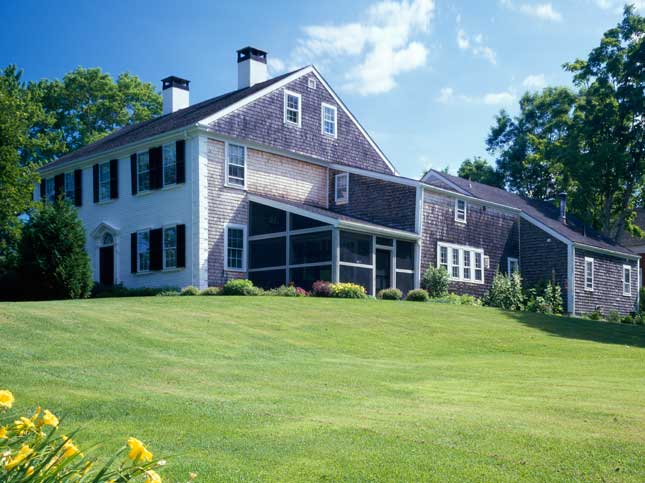 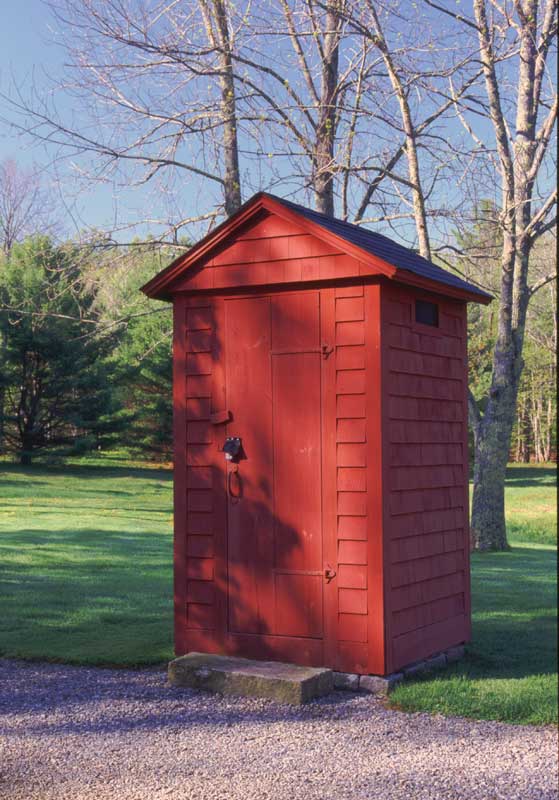 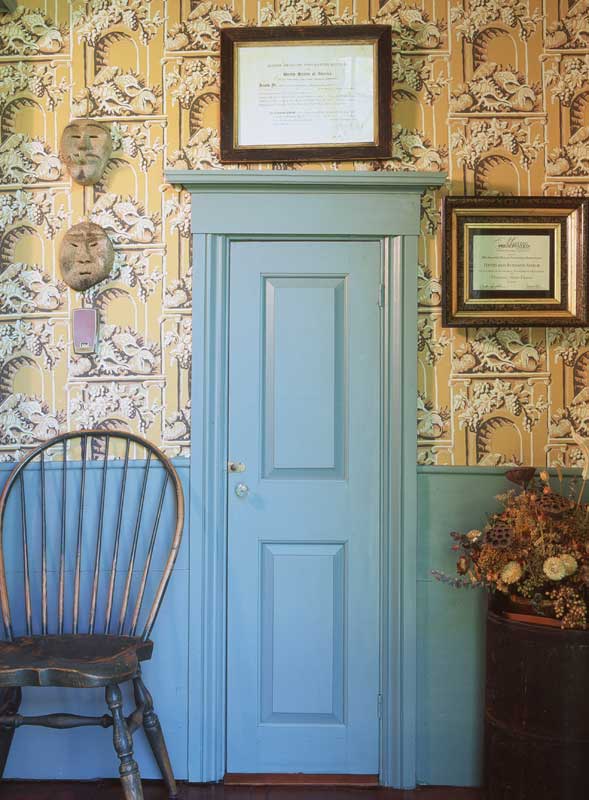 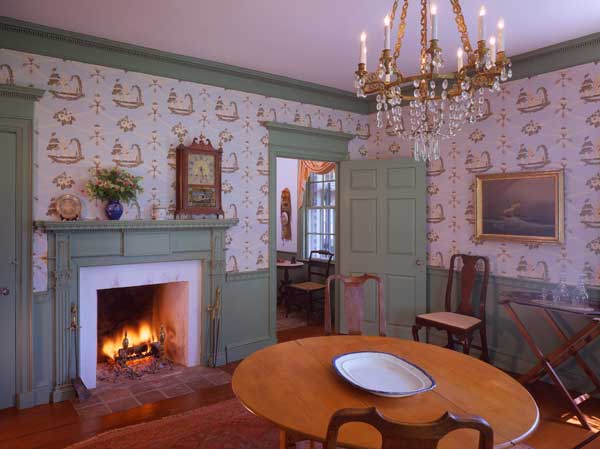 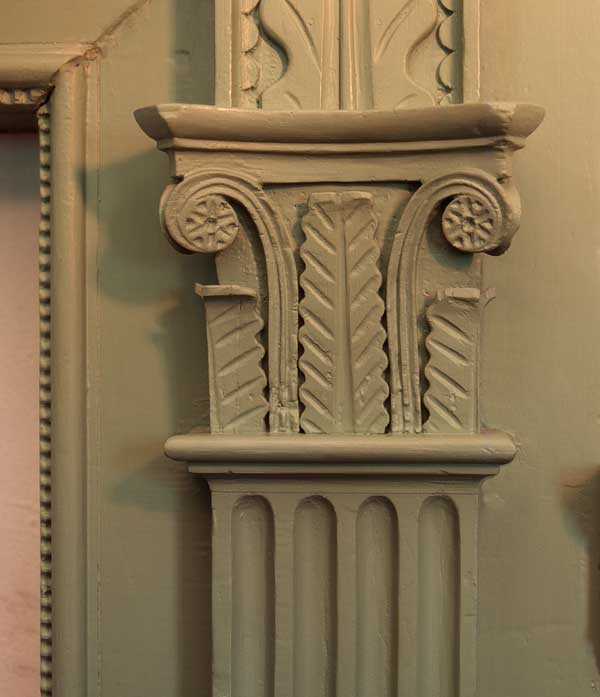 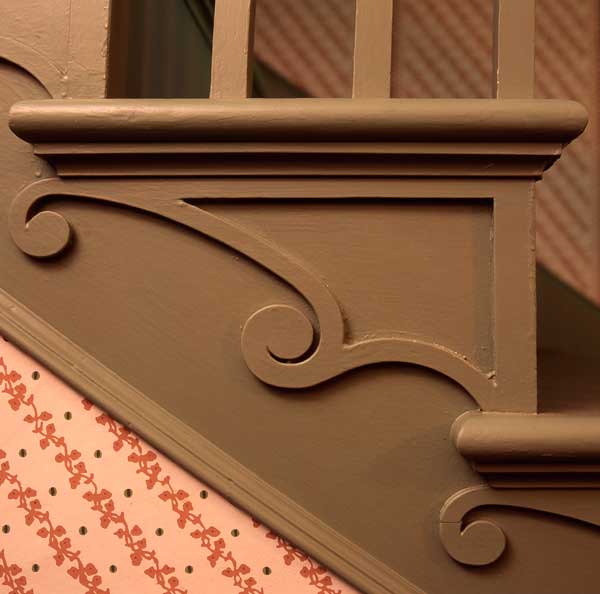 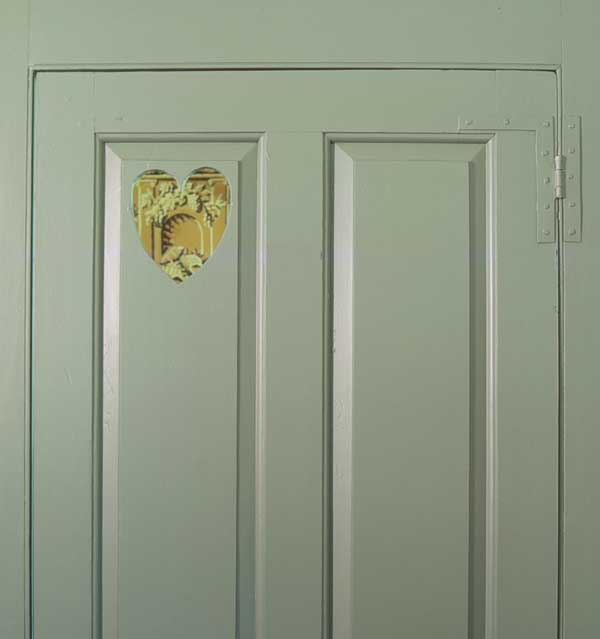 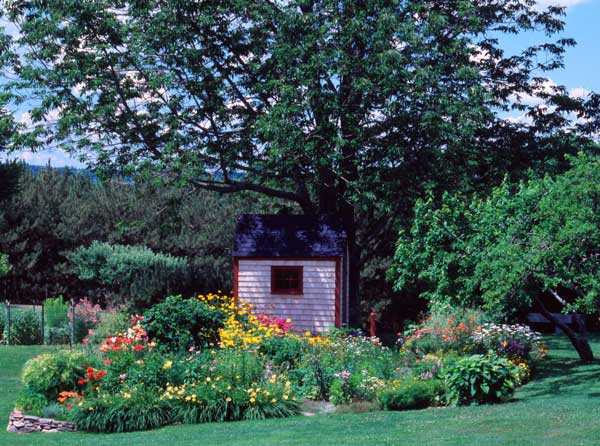 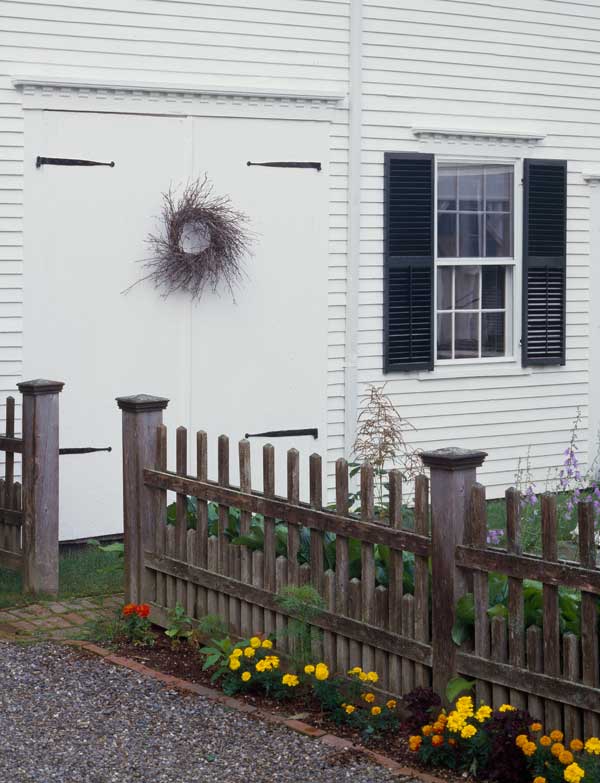 The first building was a store, put here by Alden in 1795 to become his primary source of income. The house must have dominated the scene when it was surrounded by cleared fields. The property has a barn (built by Alden’s son ca. 1868), a workshop (ca. 1875), and, built in old style, an outhouse and a small garden shed.

Although the classical exterior is consistently Federal, inside the house is a mix of styles, common during this period in Maine. A glance at the north (street) side shows the usual central door with three windows above and one on each side of the doorway. But the door is not in the center; the west Federal rooms are about 2′ wider than the east Colonial rooms. Rooms on the Colonial east side have simple paneled walls and trim and plain plaster. But west-side rooms were built in the Federal style, with reference to William Pain’s Practical House Carpenter (London, 1794; Boston, 1796).

“The Colonial rooms seem to us more comfortable and intimate than the more formal Georgian-to-Federal ones,” says Dave Shaub. Trim in most of the rooms was made with molding planes. The mantel in the dining room has the only example of Alden’s own carving. An odd feature is a heart shape cut out of a panel in the door of the northeast parlor. “We know of two other little openings like it, both in Connecticut,” says Suzy Shaub. “It may have provided extra air for the fireplace draw . . . or maybe a modicum of ‘chaperoning’ while a couple courted in the room.”

During the mid-19th century, the Colonial rooms were updated by Ebenezer’s son, Augustus Alden. He stored away many of the doors and panels in his new barn. The Victorian-style details have been put back to their original appearance, using numerous items found in the barn.

The previous owners repainted in Ebenezer’s original colors, which include seven different greens in addition to red, mustard, and blue. Federal-style wallpapers also were carefully selected during the 1960s, probably from historical lines by Nancy McClelland. The façade was first painted deep mustard yellow, but it has been white since Civil War times, and remains so.

The Shaubs have continued caring for the property, restoring the surfaces around eight fireplaces, insulating and adding a furnace, and improving drainage.

“We’ll stay here until we can’t do a significant part of the maintenance,” they say. “Then, it will be time to pass it on to the next stewards of this interesting and beautiful place, which is ours only temporarily, as are all such things.”