Working on old houses alongside his father, Jerod Fitzgerald grew up learning about carpentry. The restoration bug didn’t hit him, though, until he met his wife, Maria—a real-estate agent with an eye for neglected, historic houses with potential. When the couple found the 1913 Craftsman in Portland’s Irvington neighborhood, a National Register Historic District, they were thrilled. With two full storeys, it had four bedrooms and a generous attic, plenty of space for their three boys. School was a five-minute walk away. Box-beam ceilings and generous mouldings hinted at the house’s past as a model home.

It wasn’t surprising, however, that there hadn’t been much interest in the house before the Fitzgeralds saw it. A 1960s remodeling had rendered it virtually unrecognizable from its picture in a 1913 newspaper ad. An open sleeping porch had been removed, along with side pergolas and overhanging eaves. Decorative rafter tails had been cut back to the roofline (probably secondary to rot that resulted from neglect). The flat-roofed porch was held up by 4×4 posts and the façade was covered in disproportionate aluminum siding. Inside, the dining room and kitchen had plywood ceilings dropped to 8′, walls were painted an unsettling lime color, floral linoleum had been laid on oak floors, and fluorescent lighting hung overhead. Jerod and Maria weren’t even sure that this house really was the one in the old newspaper ad. But one day an older gentleman knocked on the door, introducing himself as a lifelong resident of Alameda, aneighborhood nearby. He told them that Alameda had two houses nearly identical to theirs—with the front sleeping porches intact. Those homeowners kindly allowed Jerod to climb a ladder and take exacting measurements so that he could create templates. These were used to reconstruct the missing porch, rafter tails, bargeboard cutouts, and dentil mouldings that had been removed.

Plans for the restoration were submitted to the city for Historic Resource Review approval. The house was so changed, it had been classified as Colonial Revival in a 2010 survey by the State Historic Preservation Office! The classification was corrected, and city and state approval was obtained.

The house had to be deconstructed nearly to the framing to remove rotted wall cladding and porches. Structural engineers were called in to specify load reinforcement; the exterior was clad in plywood for seismic stability and then anchored to the foundation.

Exterior walls today are clad in long-lasting, low-maintenance, sustainable Hardie ¾” ‘Artisan’ fiber-cement siding. The city initially asked Jerod to use wood clapboards, but agreed to the fiber-cement substitute after they viewed two mockups. Once painted, the Hardie siding was virtually indistinguishable from fir. Missing mouldings, bargeboards, and rafter tails were milled from fir. (To obtain proper 2×6 boards, Jerod found the lumber himself: A local tree farm harvested a trailer-load for him, dried it, and took the rough-cut wood to a shop in Portland for finishing and milling.)

The handsome Craftsman house from the old photo began to re-emerge. Getting the porches right was critical. To make sure columns and railings were the proper scale and taper, several prototypes were built and compared in place. Using templates from the neighboring houses, Jarod scroll-cut 90 rafter tails for the roof and 70 balusters for the railings. Porches were framed in and finished with period-correct tongue-and-groove fir ceilings. 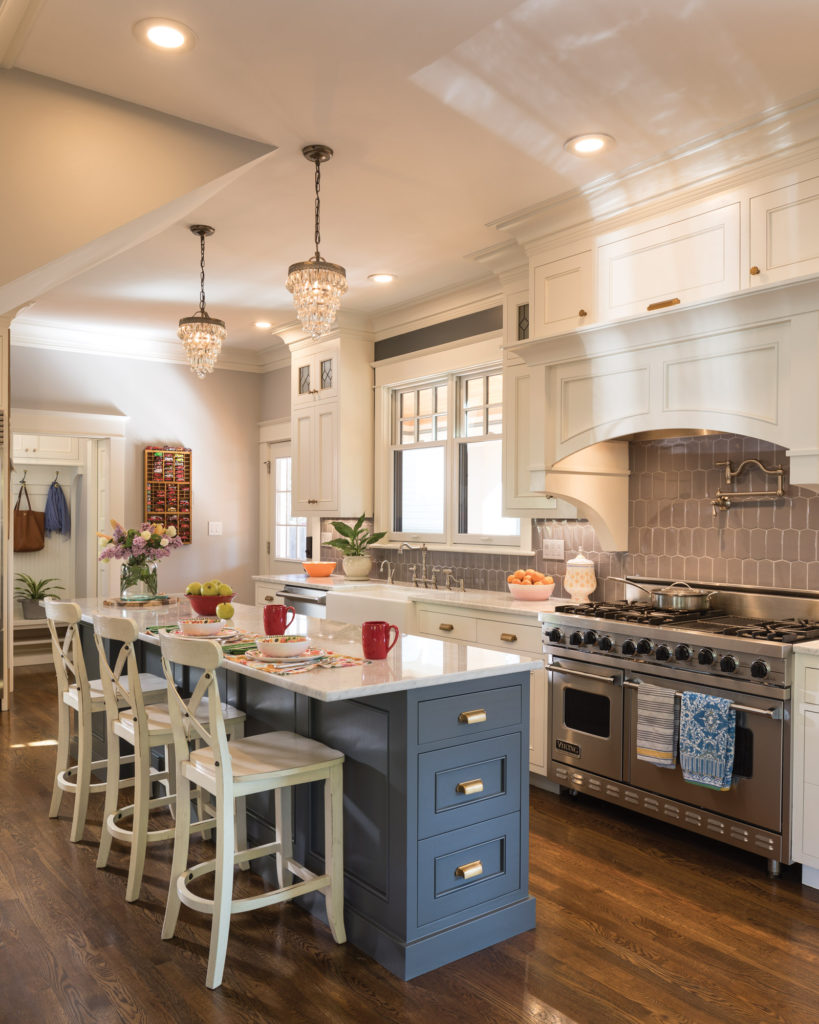 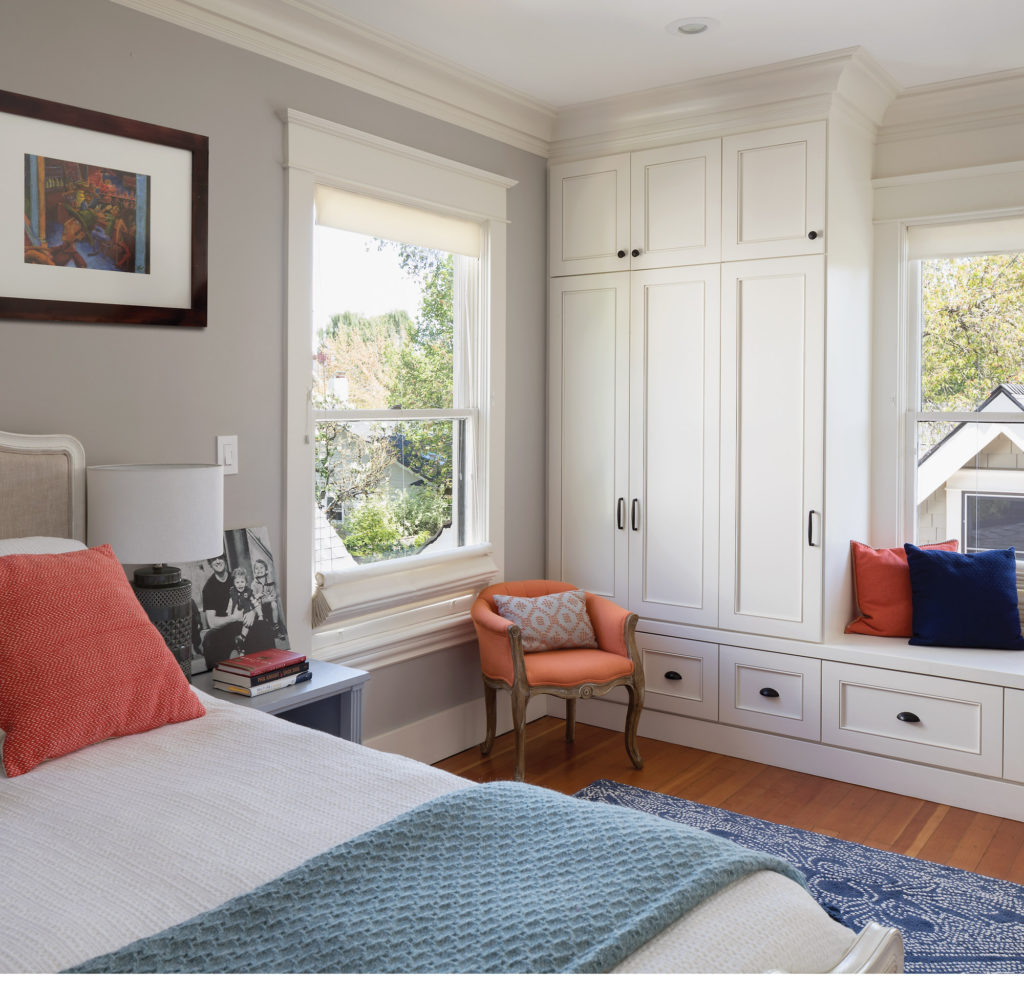 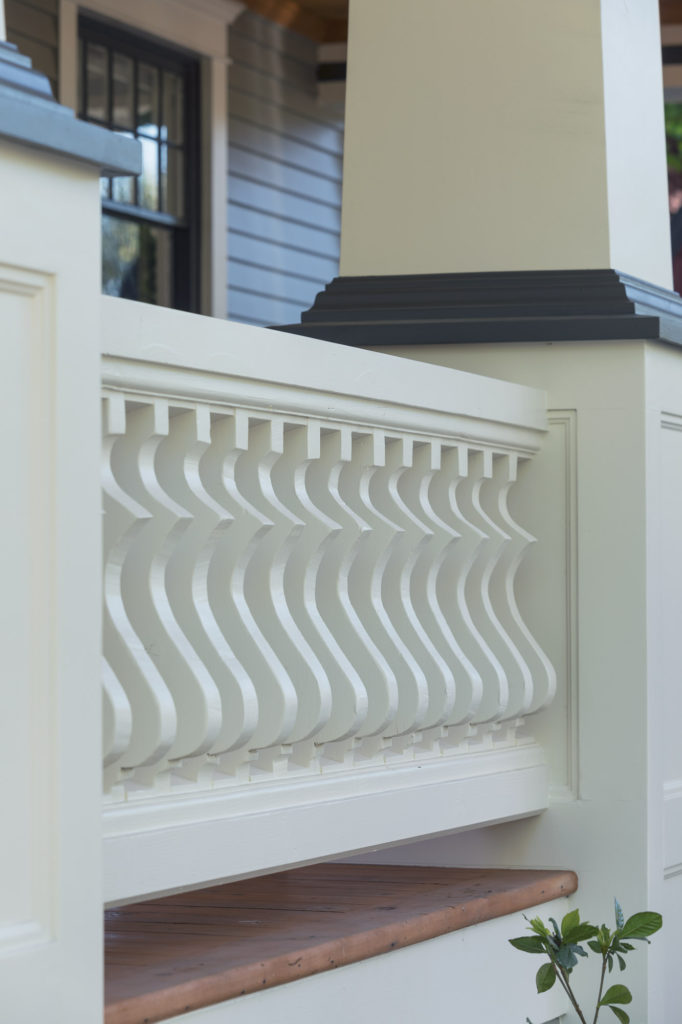 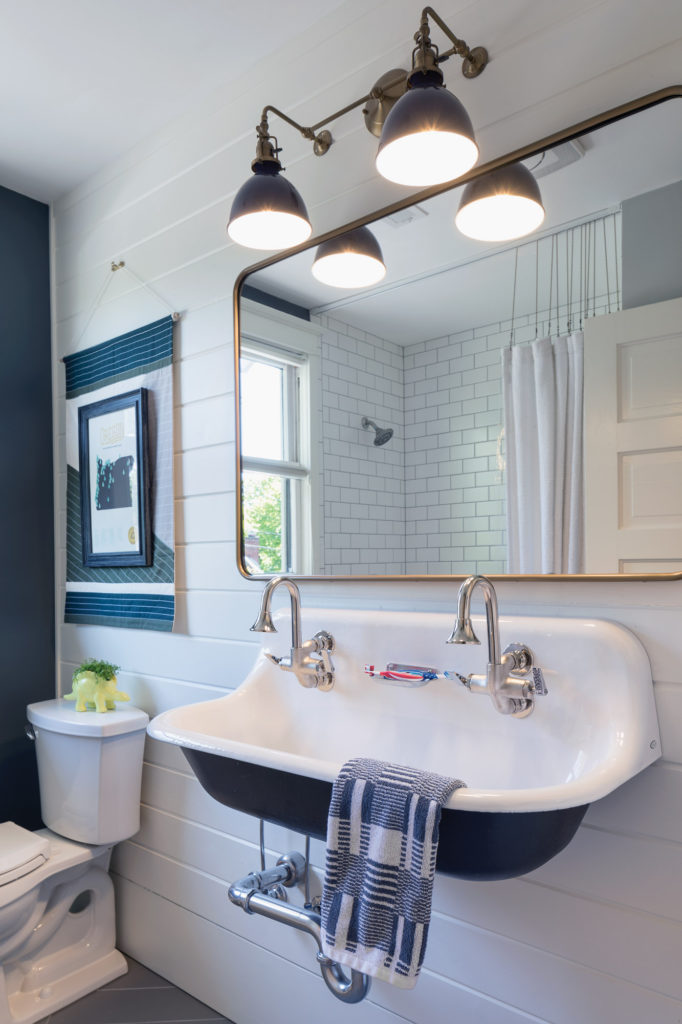 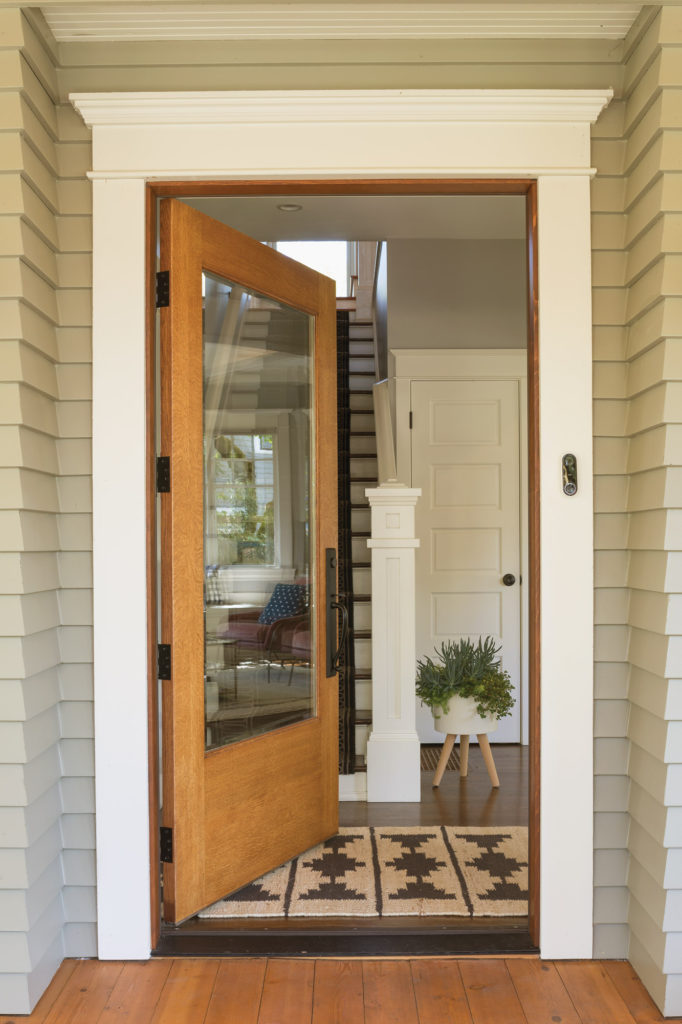 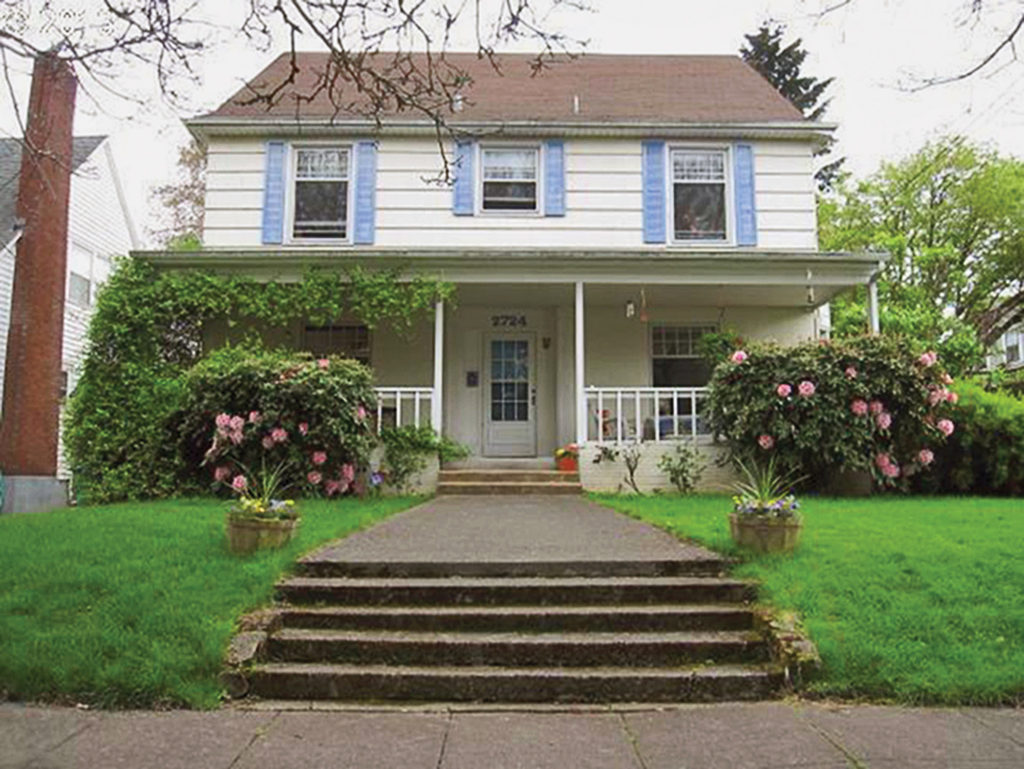 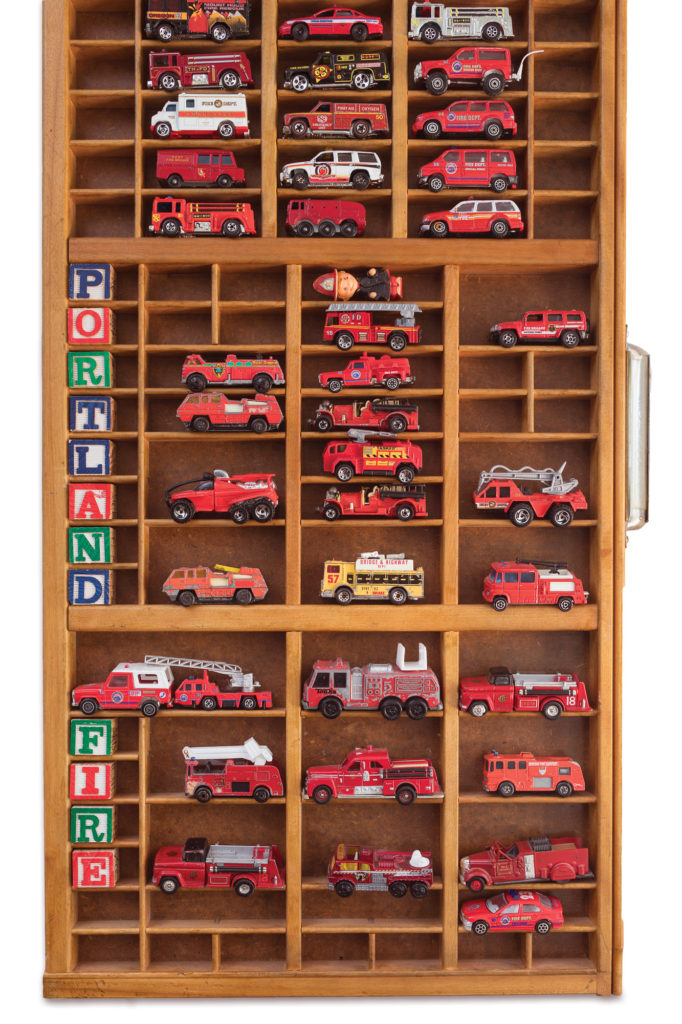 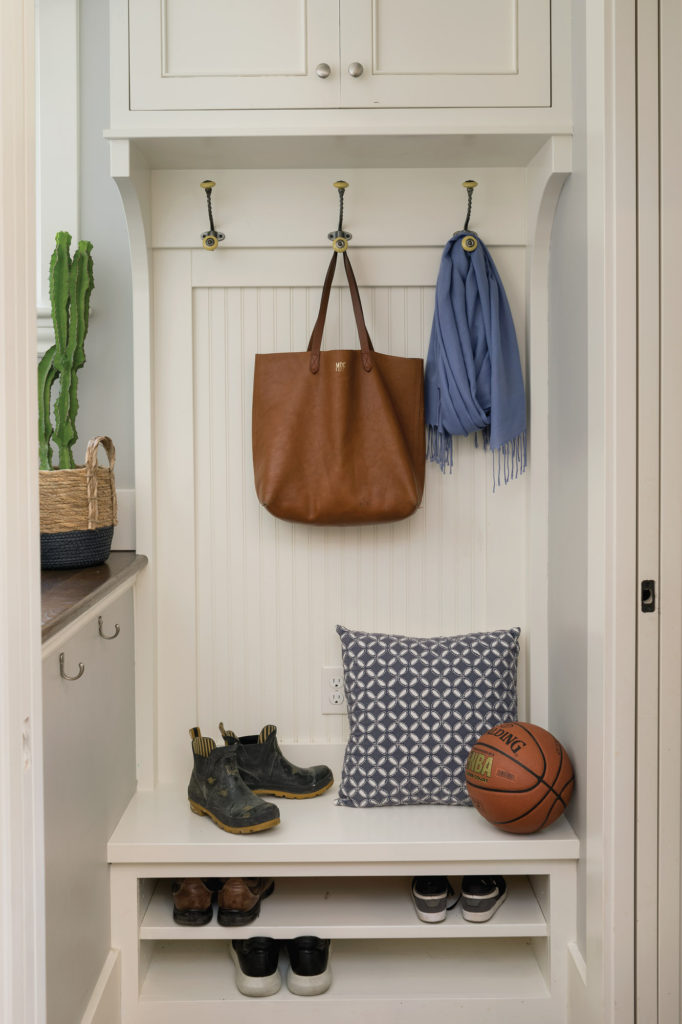 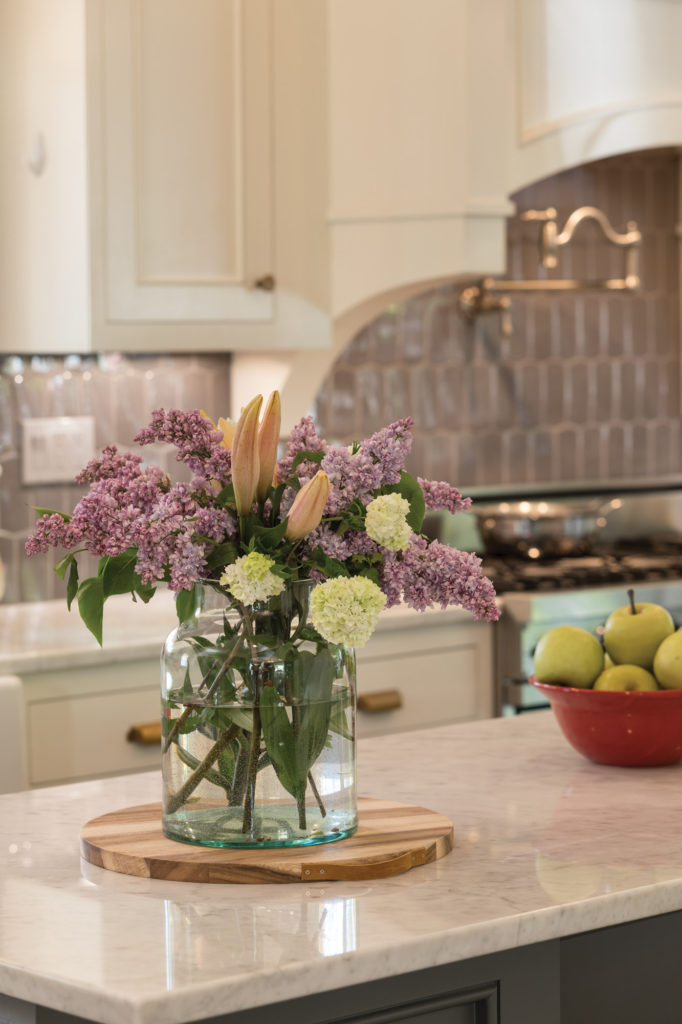 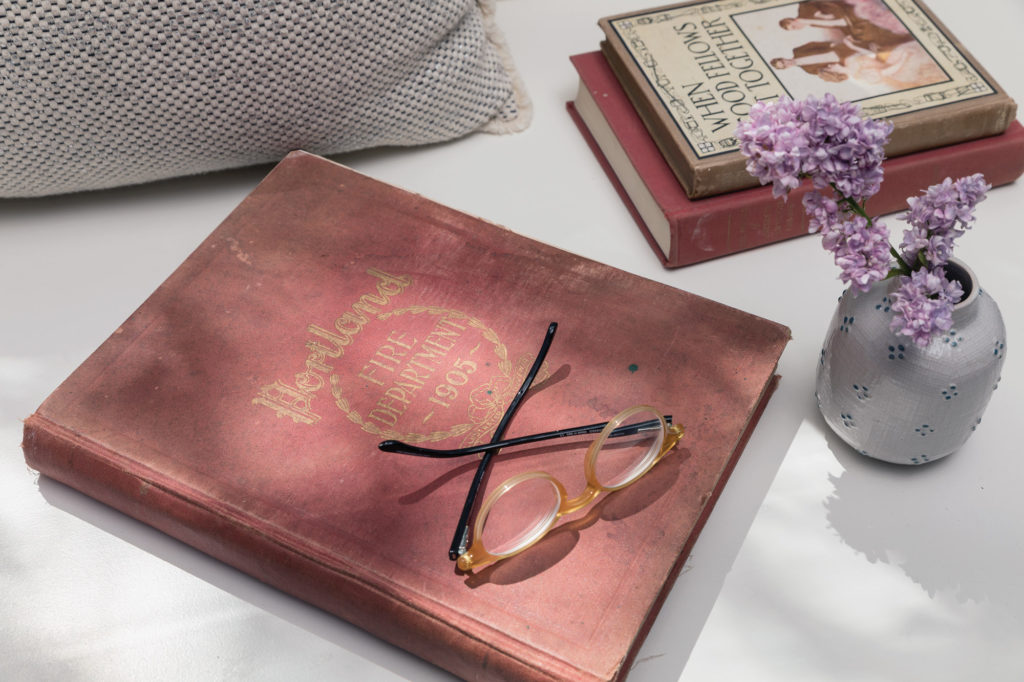 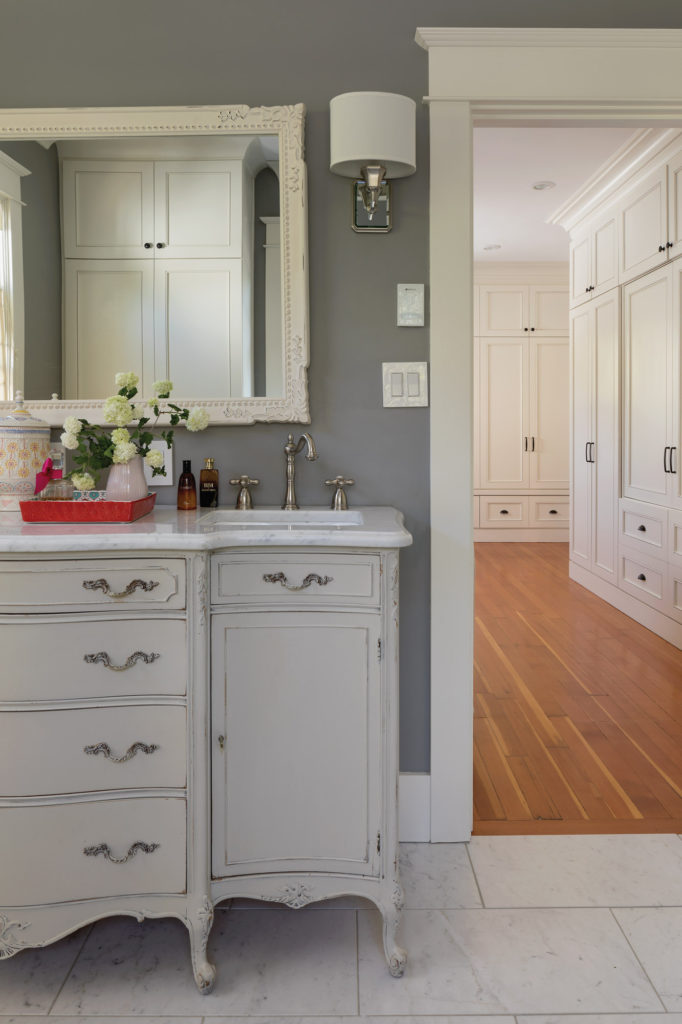 Wherever possible, salvaged materials were used, including the porch flooring that came from a local school’s demolished auditorium. The sleeping porch in the front gable was enclosed for additional year-round living space.

Inside, the house was reconfigured to accommodate the modern lives of a family with three children; original details were, however, retained. Dropped ceilings on the main floor went back to their original 9 ½ feet. Box beams were found intact under plywood. After removal of a sagging corner fireplace in danger of collapse, the kitchen was opened to the living room. Decorating in the rooms is light-hearted and contemporary.

Upstairs, the former sleeping porch became part of the master suite; four bedrooms were reconfigured as three. Fir flooring salvaged from the attic was recycled for the master bath. The attic now holds a family room and an office.

The front door sets the tone. For style tips, we spoke to Bo Sullivan, who designed the Fitzgeralds’ period door for Classic Sash & Door.