This couple had restored a very early house in Massachusetts, so when it came time to relocate, they looked for an 18th-century house. “There aren’t a lot of them in Montgomery County,” says Sandra Heiler about their preferred location in Maryland. After Sandy fell in love with the tiny town of Brookeville during a drive with her son, her agent mentioned that Madison House was about to come on the market. By the time she and her husband, Duane, went to see the house, Sandy had researched its history. “What sold us, though, wasn’t the Madison connection but the house itself,” she says. “Though it needed attention and a lot of repair, it was nearly intact from the 1790s.” 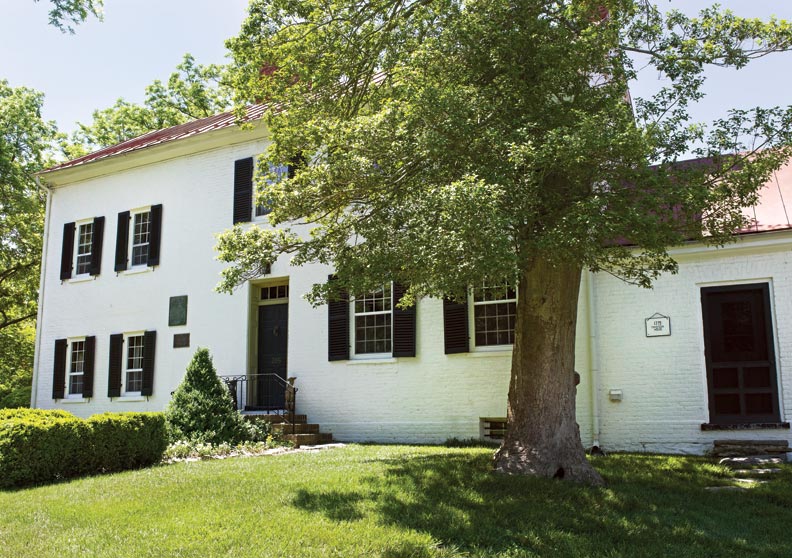 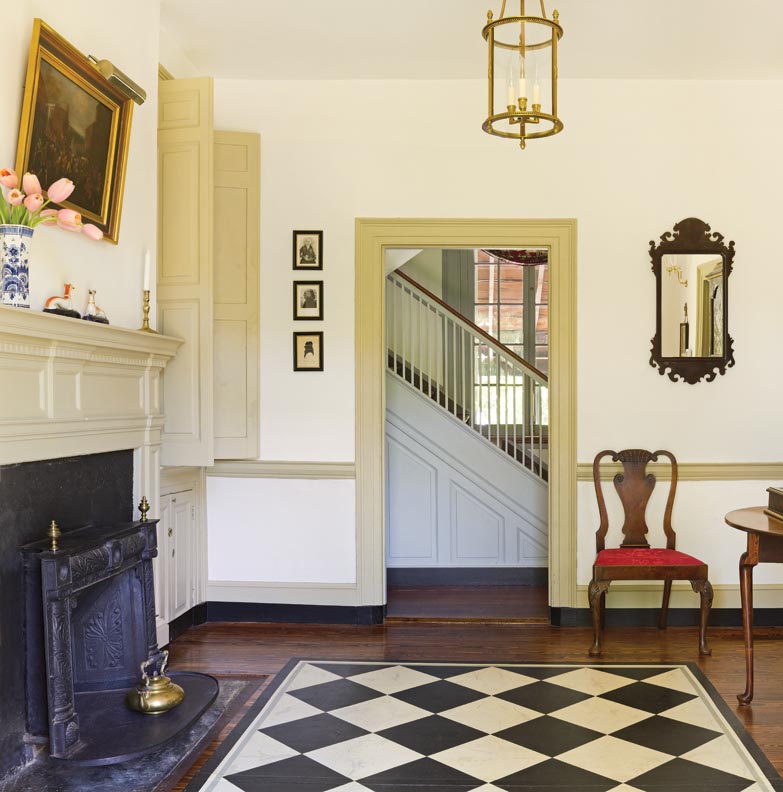 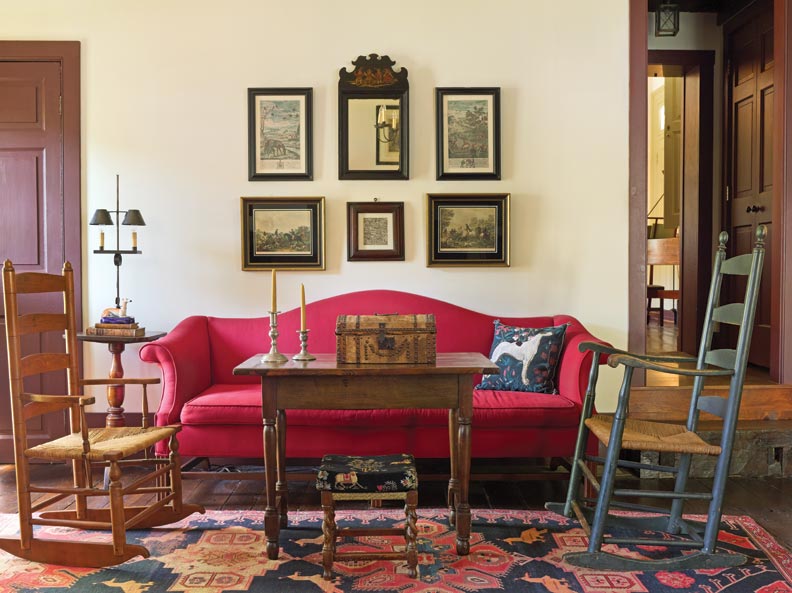 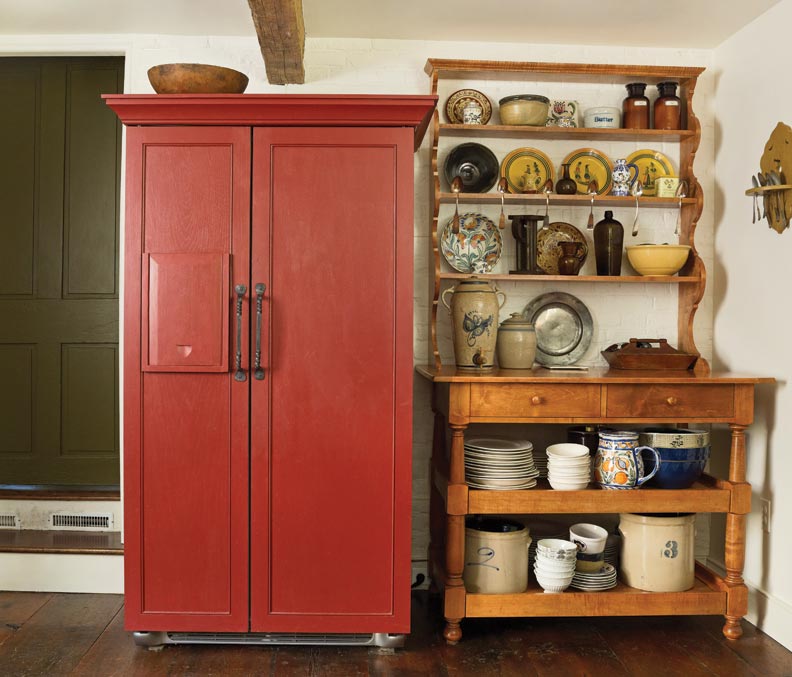 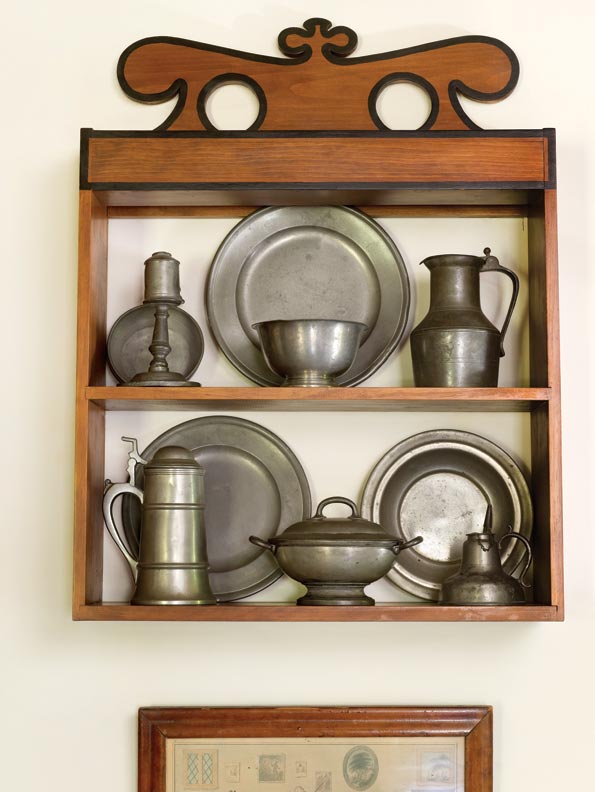 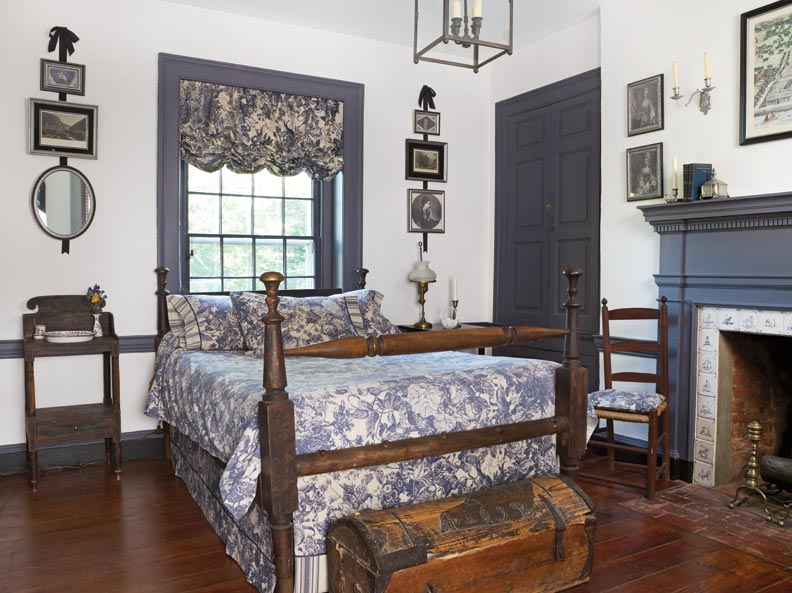 It’s a little-known fact that Brookeville was the United States capital for a day. As the British lay siege to Washington in August of 1814, burning the President’s House (later The White House) 20 miles to the south, James Madison sought refuge in the home of Brookeville’s Quaker postmaster Caleb Bentley. From there Madison commanded the troops that turned back the British, secured the capital, and allowed the president and his entourage to return to Washington. Bentley’s house, still a private residence, is known today as the Madison House.

The Heilers’ home is more than their residence; for both of them, it has become a full-time avocation. Sandy is a former computer scientist who later earned a masters degree in historic preservation, launching her second career. Duane is a retired financial planner with keen woodworking skills. The two history buffs were thrilled to buy this history-rich brick Federal in 2007.

They spent the next three years—and $250,000—restoring the house. In the process they became engrossed in Maryland’s upcoming bicentennial commemoration of the War of 1812 (which will also include a tribute to the writing of “The Star-Spangled Banner”).

The house was built c. 1792–98 by Brookeville founder Richard Thomas Jr. and his wife, Deborah Brooke Thomas, on property she inherited from her father. (The family was one of the largest land owners in Montgomery County.) Sandy explains: “They were Quakers, so the house is rather plain, not at all ostentatious. There was no formal entry or center hall, and no ‘big deal’ staircase. The stairs are toward the back of the house.” In fact, what is today a handsome foyer was originally the dining room.

By 1800 the house was owned by Caleb Bentley, a silversmith and shopkeeper who was appointed Brookville’s first postmaster in 1802. During Bentley’s ownership, the town post office occupied the main floor to the right of the front door. This area had been a shop with reinforced shutters on the street side; when it became the post office in 1802, making it a federal building, iron bars were placed on the rear window, and the space remained closed off to the rest of the house.

Around 1840, the owners were the Riggs family, well-known Washington bankers, who upgraded the simple house, turning the dining room into a more formal entry hall. They moved the front door (switching it with a window for symmetry), created the spacious dining room off the back hall, and most likely added the original kitchen ell. Such changes added their own history without harming the integrity of the old house. Subsequent owners added on—a half story for a master bedroom, a wood service porch out back. Despite remodelings over 200 years, the house did not have indoor plumbing, electricity, or central heat until 1960.

For the Heilers, an appropriate kitchen was a major project. Upstairs, they added closets and reconfigured the bathroom. The bedroom President Madison used as his map room is now a home office; today’s guest room, Sandy says, “has the prettiest fireplace.” The old post office (a room reopened to the house in 1960) has become a family room with a TV hiding behind the doors of an antique cabinet.

For the past two years, the historic smokehouse on the property has been the site of an archaeological dig. Renovation of that outbuilding is ongoing; the roof has been replaced, and logs and siding repaired. A new barn was built in a style similar to that of the smokehouse.

A Mediterranean Enclave in Los Angeles