My friend Stephen Shadley found this place, through serendipity and at a time when the property was not for sale, in 1987. He is a New York-based interior designer, and he became obsessed with the house, which he called a beautiful ruin. Abandoned in the 1950s, the house had only a partial roof by then, the rest having caved in after decades of leaking. Once the roof went, so did the plaster, and the floor collapsed.

The stone house and tower were built in 1917 by Alleyne Ireland, private secretary to Joseph Pulitzer and an Englishman who had lived in India. This Catskill Mountains site reminded him of the view from his bungalow in Darjeeling. He built the bungalow of stones taken from the remote, 40-acre property and named it Little Darjeeling. Ireland was a colorful character who enjoyed entertaining; we think he lost the house during the Depression and ended up in a Poughkeepsie hospital.

When the property eventually came up for sale in 2000, Stephen encouraged me and my partner, Timm Whitney, to buy it. We did and were happy to see Stephen’s vision come true over the course of three years. The project is largely a restoration: We kept the stone forecourt with its terrace and low walls, restored the original lines of the hipped roof, retained the partial basement and walls, and put in Marvin windows matched to the original openings. The interior has two very large common rooms, the 40′ living space and the 30′ kitchen/dining room.

The house is slightly more formal now; it no longer has bunks in the main room, as it did when Stephen first saw it. Space was reconfigured to add a bedroom and a bath. The tower, which sits several feet from the house, was part of a water-collection system, with a concrete cistern under the floorboards to feed into a holding tank in the basement, from where water was hand-pumped for use. When the place was built in 1917, this area, still undeveloped today, had no electricity or town water. Now the tower holds a small guest suite.

“This was a dream project for me, with my friends in the house,” Stephen tells us. We weren’t just clients; he felt involved in the life of the place, which he had sketched and photographed back in 1987. His design approach has been called elemental: straightforward forms and materials, with cohesiveness from repetition. For example, the roof shingles are zinc, and so are countertops at the kitchen end of the dining room. 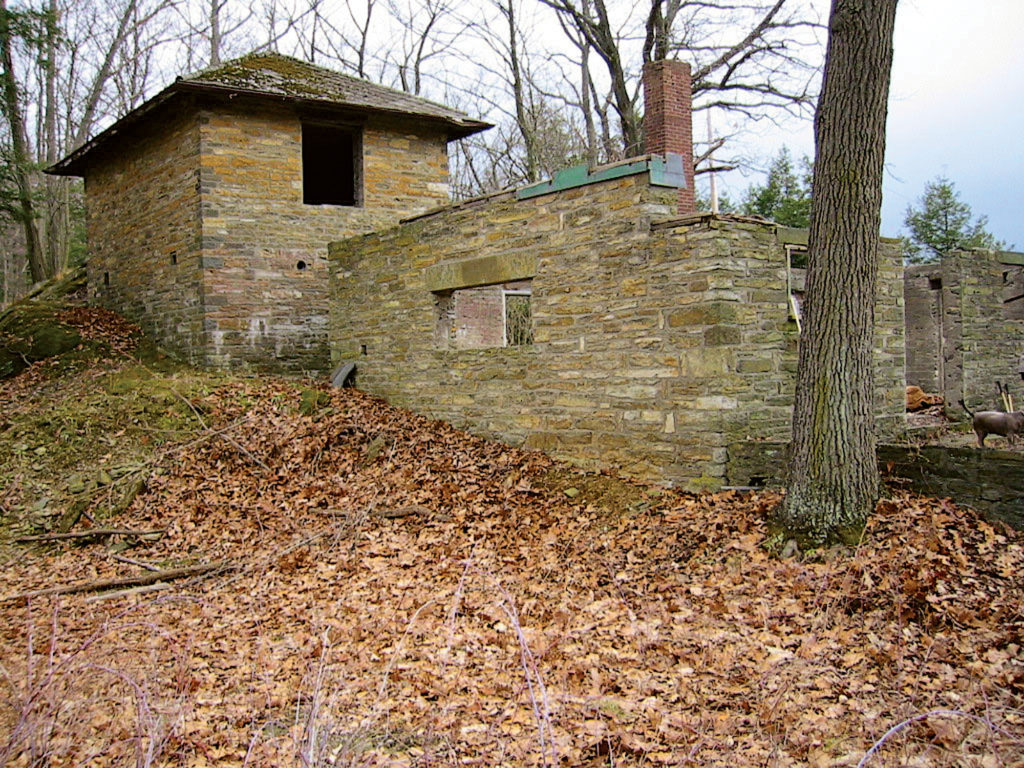 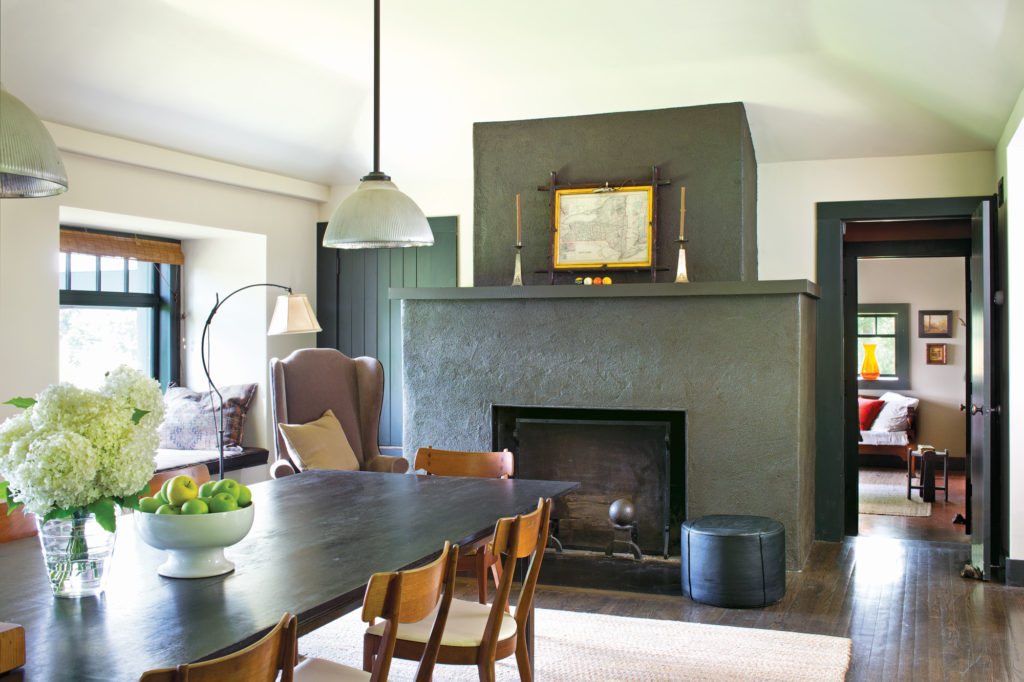 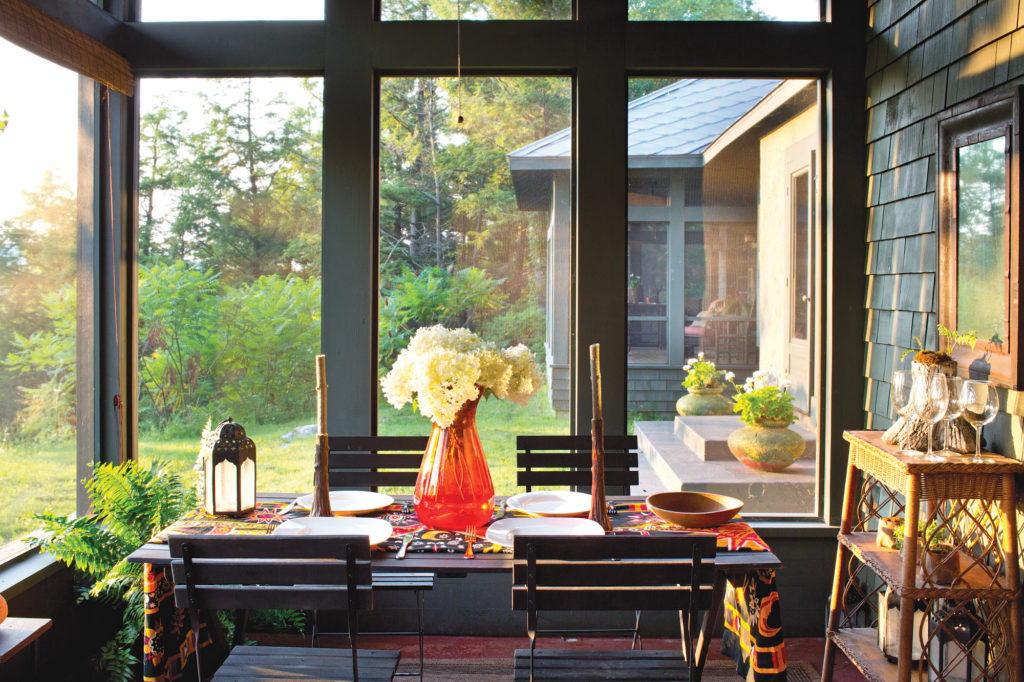 The Interior
The design for rooms inside combines elements of the original house, industrial modernism, and an Anglo–Raj flavor (mostly in furnishings and lamps) honoring the original owner. Two new screened porches, one for dining and one for sleeping, add to the bungalow aspect of the house, which is configured in an L-shape, or an abbreviated U. The red concrete floors over radiant heat are a nod to Frank Lloyd Wright. The massive masonry fireplace is brick, which designer Stephen Shadley had stuccoed and painted charcoal black to limit the palette. “We didn’t have a huge budget, just adequate to rebuild,” say the owners. “We furnished with local finds, a process Stephen refers to as a scavenger hunt. The massive dining-room table, for instance, is an industrial piece found in Hudson, New York, and lights came from factories.” The living space is just about 2,800 square feet, but the interior has a very generous, spacious aspect.