There’s nothing Marky and John Morel like better than touring vintage movie theaters, exploring the fantasy architecture and Art Deco details. So when work brought them to southern California, they looked for a house inspired by Twenties movie palaces—something with picturesque Spanish Revival or exuberant Art Deco design. Or both! In the Long Beach and Santa Barbara area, locals call these houses “Span–Deco.”

The Morels were on cloud nine when they found the romantic Spanish house just a block from the ocean. Built in 1928 as a substantial residence, it had all the architectural bells and whistles of the period—fancy iron grilles, deep wall recesses and archways, coved ceilings and balconies, a tiled hall with a Hollywood staircase. Formal rooms inside were a counterpoint to welcoming tiled courtyards and gardens. 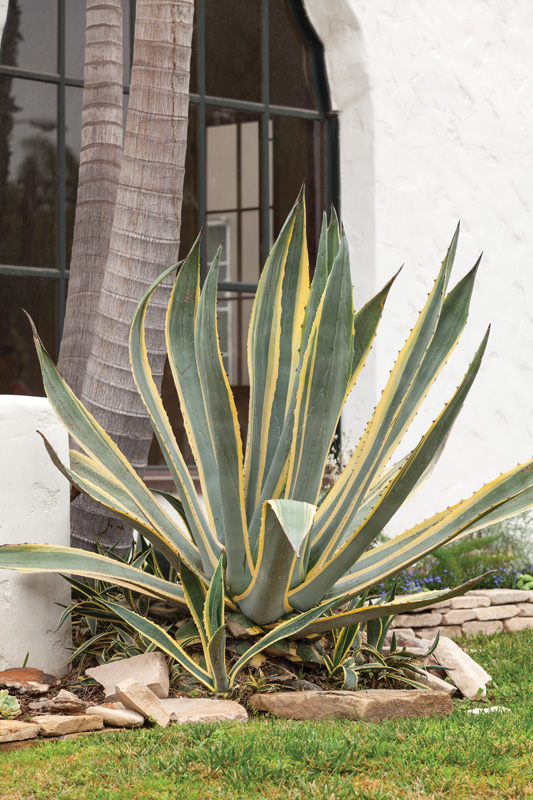 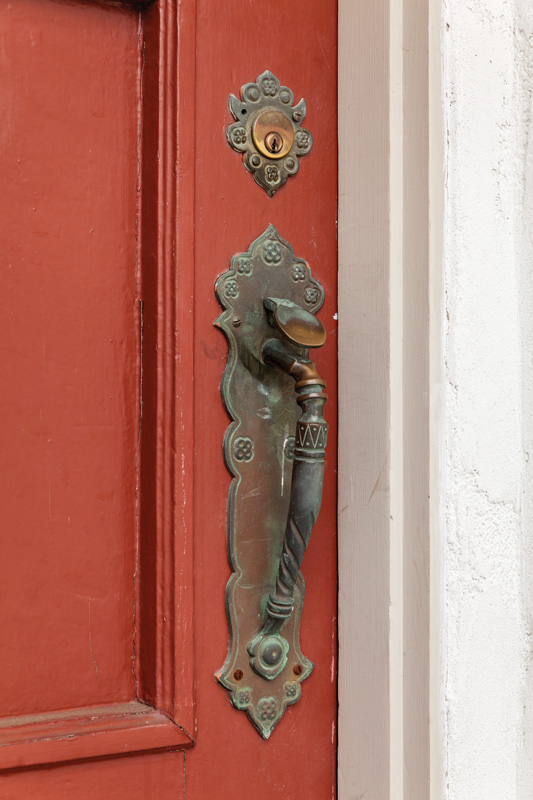 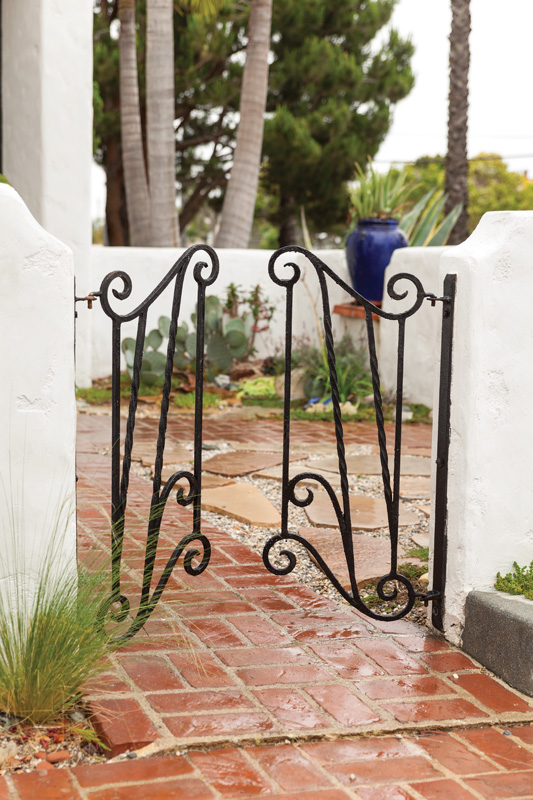 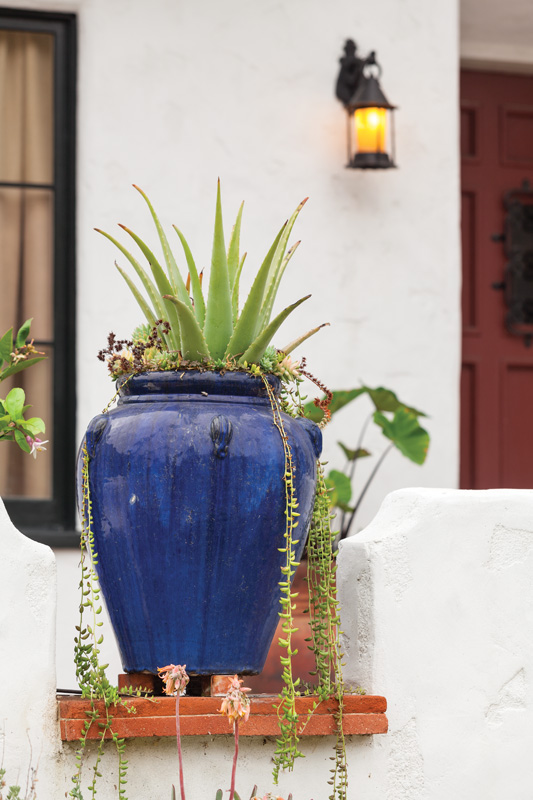 The house had been vacant for six years, but the couple was not put off by restoration work. Most of the original casement windows were inoperable—caulked and nailed shut. The tile roof leaked. Rooms were frozen in a 1980s burgundy-and-taupe scheme with forgettable wallpapers and dull paint. The breakfast room, a sunny hub in the house, had been cheaply paneled in the 1960s and the kitchen was a sterile, tired 1950s mix with walls bizarrely plastered in “Hello My Name Is Edith” stickers.

With their then-toddler in tow, Marky and John moved in. Priority one was the roof (a kids’ wading pool sat in the living room to catch leaks). The red-clay tiles were carefully removed and put back after the roof was stabilized. Drawing on her experience as a designer, Marky sketched to scale a basketweave pattern (alternately horizontal and vertical) for the layout of kitchen wall tiles, cued by the bathroom floors and brick driveway. The white porcelain of a vintage Magic Chef range (set on a soapstone hearth pad) gleams against buttery tiles from Subway Ceramics; black Art Deco tile borders are integrated into the design. Butterfly half-doors under the sink add a period touch.

Marky found that afternoon sun in the west-facing kitchen could become unbearable. A few years in, she was ready to fix the problem. Marky studied 1920s architectural design books—the same ones the house’s architect might have read. She visited Spanish Revival houses and sites for ideas. Concurrent with the kitchen remodel, she designed an arched and columned, two-storey loggia and balcony for the back of the house. The addition provided not only necessary shade for the kitchen but also a dining terrace below with a sleeping porch above. On the loggia, a working fireplace with a Moorish arch and triangular “teeth” is a favorite place to read the Sunday paper. After taking a course in stained glass, Marky made two windows in an asymmetrical 1920s style to flank the fireplace. 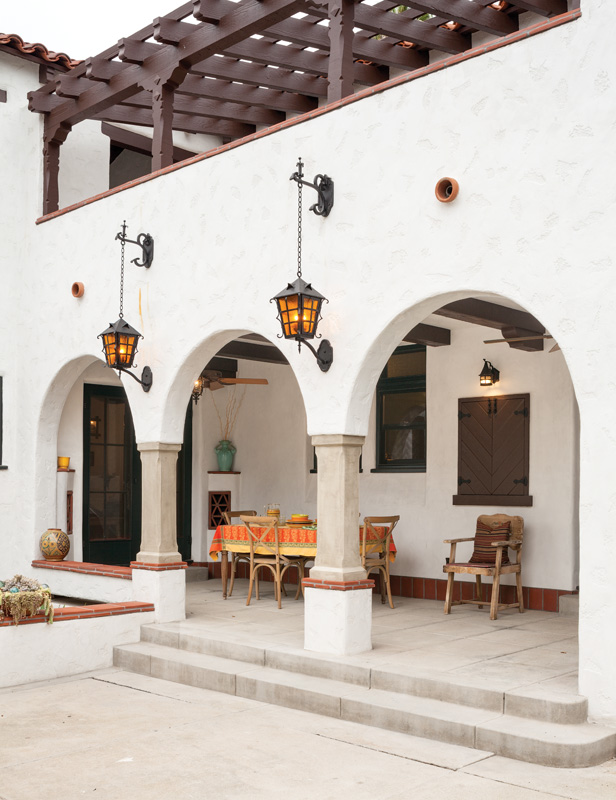 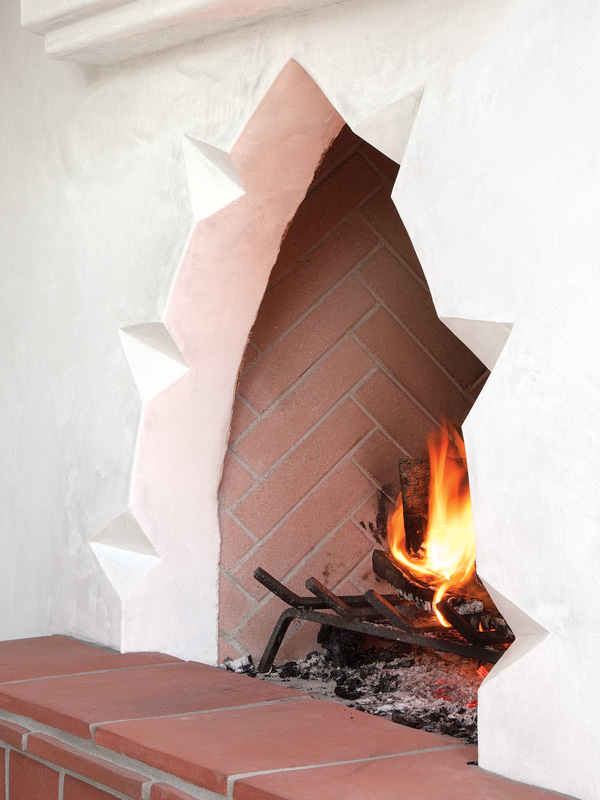 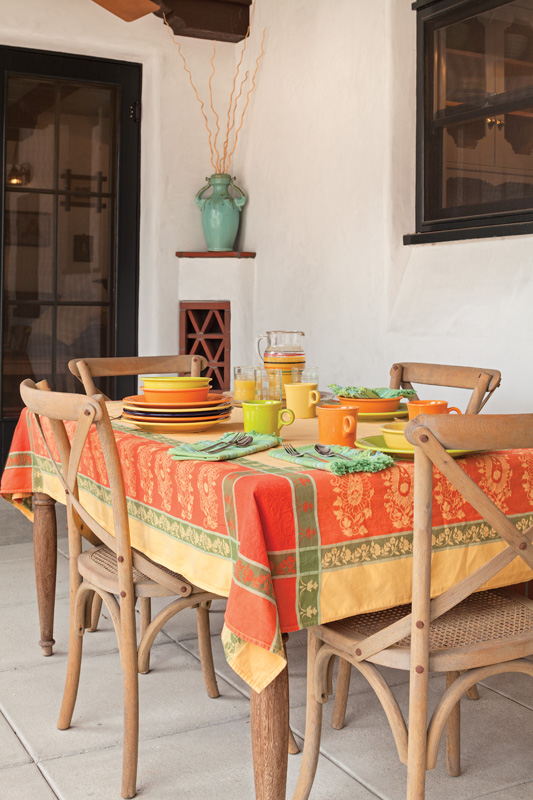 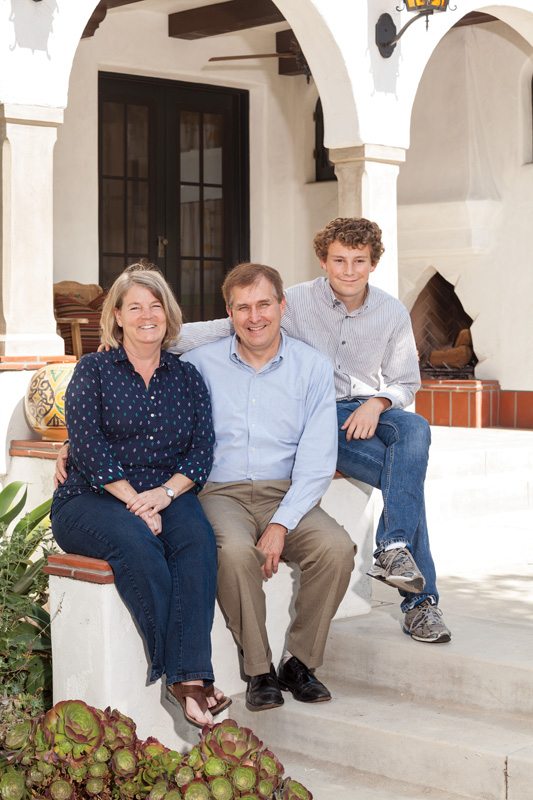 Those tours of old theaters encouraged Marky to use bold Art Deco colors. The dining room ceiling has a peacock-blue tint, with deep terra-cotta walls anchored by old-brown wainscoting. The dining room started the flow: squash yellow in the breakfast room, jadeite green in the kitchen. The foyer, with original terra-cotta tiles on the floor, was kept cool and formal in ‘Monterey White’ by Benjamin Moore.

New Kitchen, “Grandma-Approved”
The kitchen and breakfast room were the heart of the home. “I wanted function,” Marky says, “but even more, a kitchen that visitors would assume was here from the start.” New cabinets were detailed with the same moulding profiles used on arches and coved ceilings throughout the house. A former owner with foresight had stored the original kitchen hardware, now replated in nickel. Two original cabinet doors were found in the garage, dove-grey paint intact. The color was re-created by Fine Paints of Europe and cabinets were brush-painted for a traditional finish. Chipped linoleum was replaced with Armstrong Marmorette: period Buttercream center with borders in Tree Frog and Charcoal. 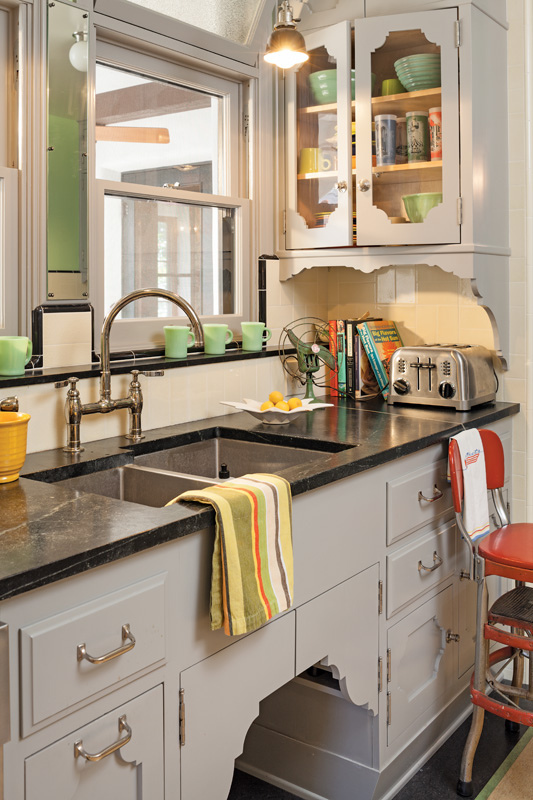 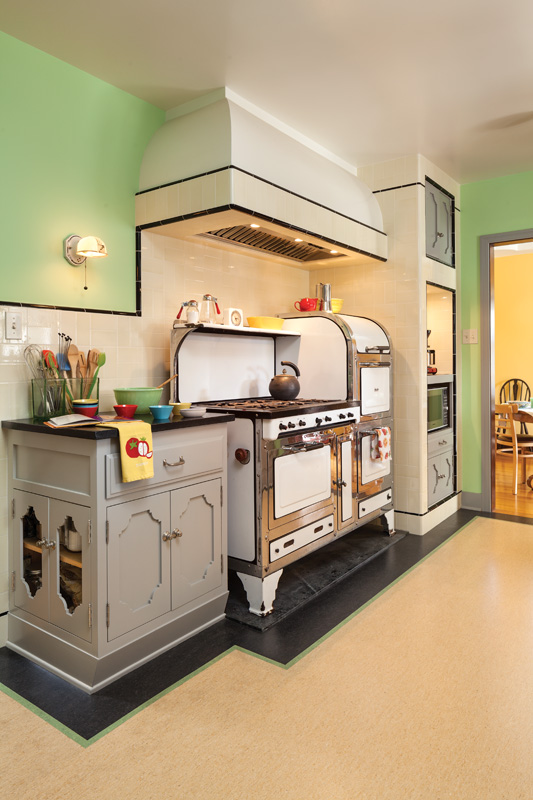