Captain James Secrest, 19 years of age, came home to the southern Indiana town of Gosport in 1848, having served in the Mexican War. He married his sweetheart, Louisa, and set to work making a fortune based on his dealings with cattle and land. About ten years later, Secrest built a home that would reflect his hard-won prosperity—a brick I-house with Greek Revival details and a dramatic, two-story portico.

Edith Sarra discovered the house almost a century and a half later. A scholar of pre-modern Japanese literature, Edie had been hired to teach at Indiana University, just 17 miles away. When she and her then-husband, Robert Easley, saw the listing for a house and ten acres in the country, she gasped, “This could be the house of my dreams, for $29,500!” But the sellers’ agent laughed when she asked for a key, saying, “You’re welcome to walk right in . . . if you can get past the hole in the floor.”

Captain Secrest’s house had fallen on hard times. Right after he was forced to sell it in 1874 (owing to the ’73 nationwide banking crisis), the property was purchased and farmed by a wealthy family, who kept it thriving for almost a century. For much of that time it was rented to sharecroppers, rather than owner-occupied, which saved it from extensive modernization. By the 1970s, the house had been abandoned and architectural elements removed—some to be sold as salvage, others for safekeeping in case of a future restoration. 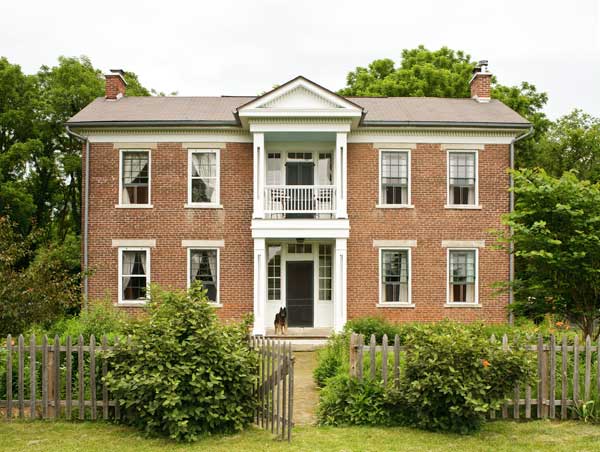 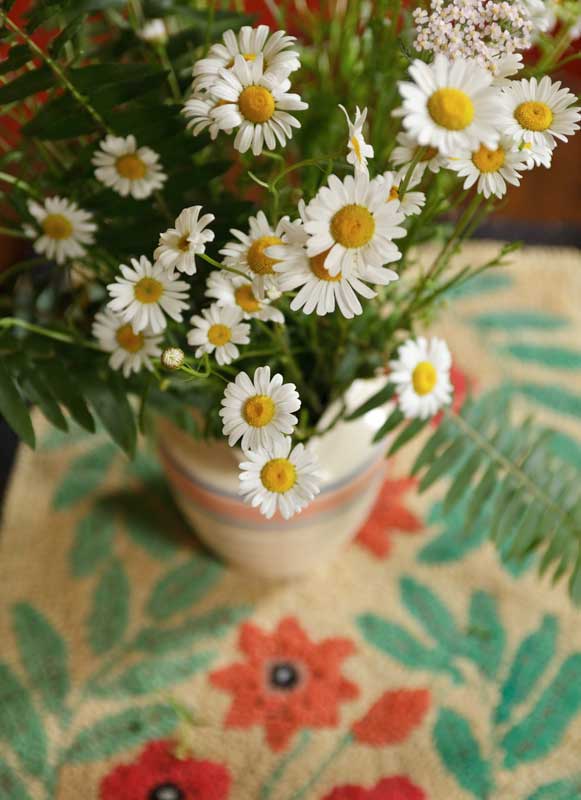 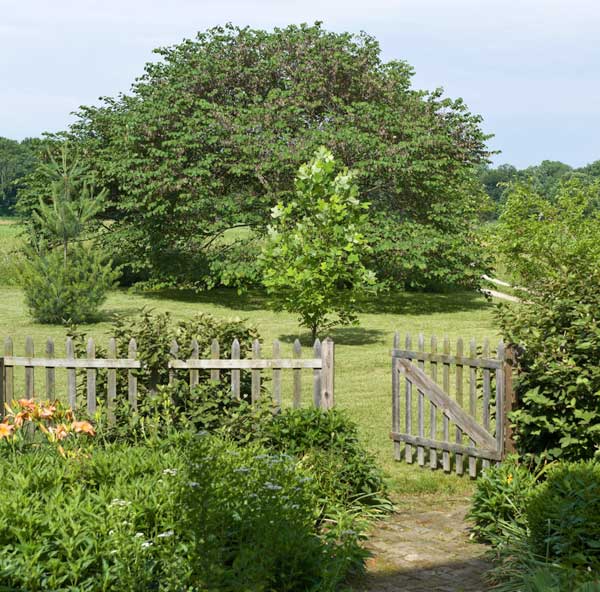 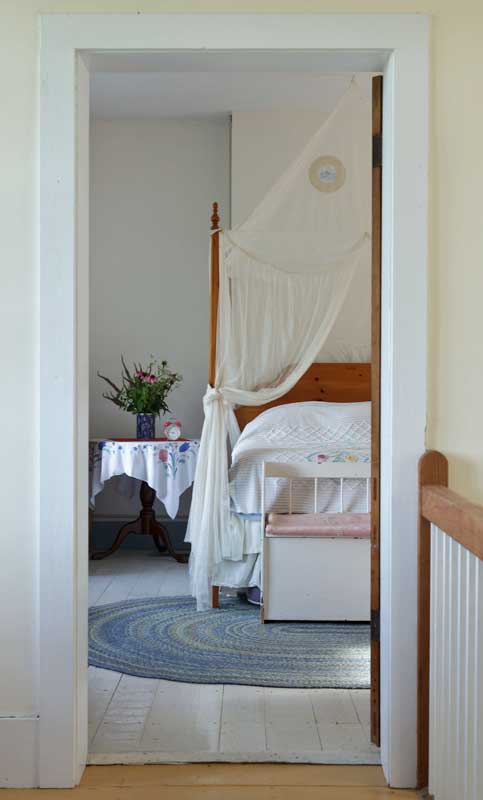 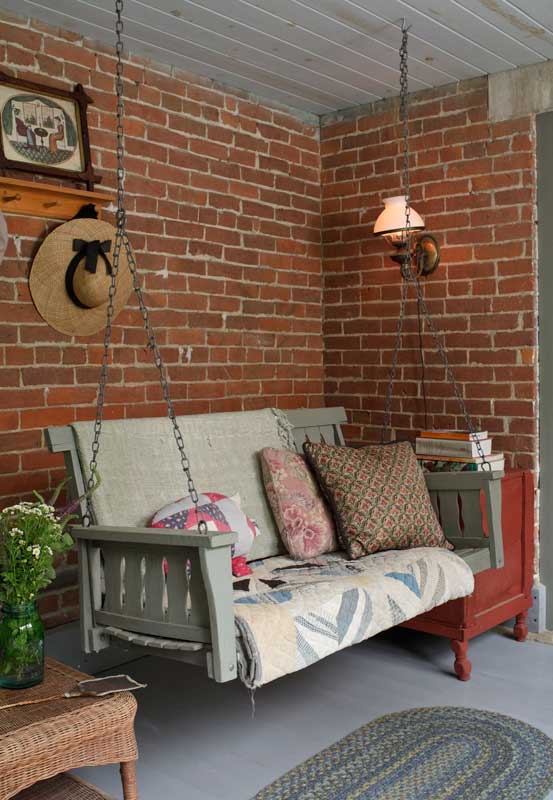 When Edie and Robert arrived, every window but one had been broken and boarded over. The kitchen and pantry no longer had floorboards. The roof, wiring, and plumbing needed replacement. At first Edie thought the place was too far gone, but found herself compelled to step into its history.

The couple began the restoration together. Scrupulously copying the lone surviving window, they had new ones made and glazed the sashes themselves with wavy, salvaged glass. Then came central heating, a new roof for the ell, restoration for a chimney, and work on the back porch. Three years later, just three of the seven rooms were finished—meaning they were livable, but not decorated. Then Edie and Robert separated.

Over the next fourteen years, Edie continued the restoration as time and finances allowed. Her limited budget meant keeping the decoration and furnishing simple, which happily suited her minimalist aesthetic. She painted the big worn floorboards, using original colors whenever that history could be discerned, and warmed them with vintage rugs. The plain kitchen is equipped almost entirely with old furniture and utensils; an original built-in cupboard beside the chimney stores china, and a 19th-century step-back cupboard serves as a pantry.

Edie furnished the house with a mix of country antiques and hand-me-downs—a massive walnut armoire in the parlor, a faux-grained chifferobe in the dining room. A neighbor who’d taken a kindly interest in her restoration presented her with salvaged hardware and house parts over the years, and he made her a bachelor’s table (it folds into a settle) that she cherishes.

Most of the rooms have painted walls. But Edie splurged on Bradbury & Bradbury paper for the dining room, a favorite place on winter evenings. She hosts dinner parties that gather around the same hearth where Louisa Secrest tended fire a century and a half ago.

Following extensive research into her house’s history, Edie submitted an application to the National Register in 2001. Her home was listed the next year. She lives here now with her husband, Michael Shoaf, a carpenter and cabinetmaker who built himself a shop in an outbuilding they moved from a neighboring farm.

Edie had neither the budget nor the inclination to create a “period-style” kitchen. Instead, hers has evolved from memories of kitchens she knew as a child. Sparsely furnished and without a single conventional cabinet, it may be a truer representation than most reproduction kitchens. A vintage work table doubles as a place for casual dining; counter space comes from small tables arranged against the walls.

When Edie saw the 1955 Caloric stove at a store nearby, it reminded her so strongly of her childhood that she snapped it up. The 1940s double-drainer sink, part of the history of the house, sits in a base cabinet Edie had made for it. Complementing the mid-century survivors are a reproduction fridge and utilitarian shelves for spices and utensils. a Like her mother and grandmother, Edie uses the adjacent porch as an extension of her kitchen. A small table and chairs invite outdoor suppers; an old armoire holds overflow from the kitchen.