This story proves that “you just don’t know until you ask.” In October of 1950, a young Purdue professor and his bride got it into their heads to ask Frank Lloyd Wright to design a house for them.

It would be a modest house: John and Catherine (Kay) Christian were barely in a financial position to own any home, let alone one designed by a famous architect. Wright, who was 83 in 1950, was a living legend, already considered by many to be the greatest American architect.

To the Christians’ amazement, Wright took their request seriously, answering that he might very well design a home based on his increasingly popular Usonian concept. Rather than a modular “everyman’s house,” though, the Christian house was to be a step up; Wright meant to design a house befitting a family who would someday achieve an upper-middle-class position—and a family who was comfortable with new design concepts. 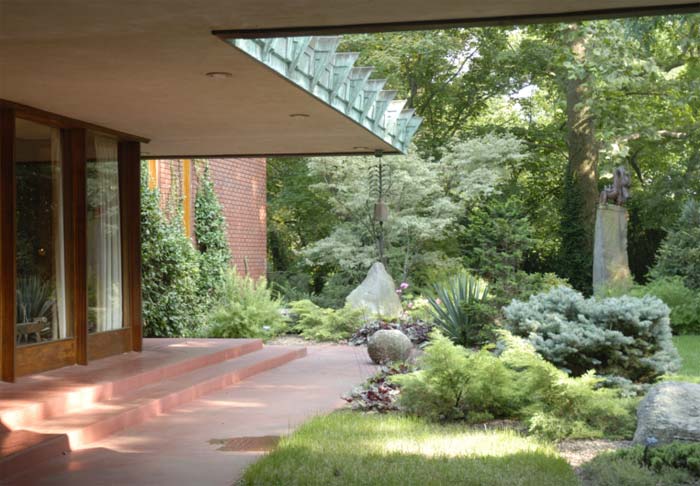 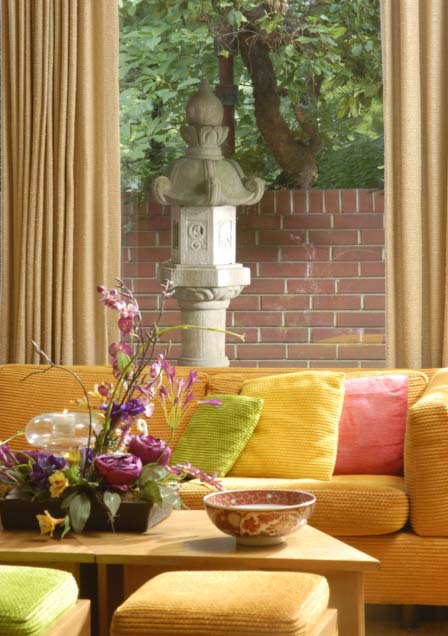 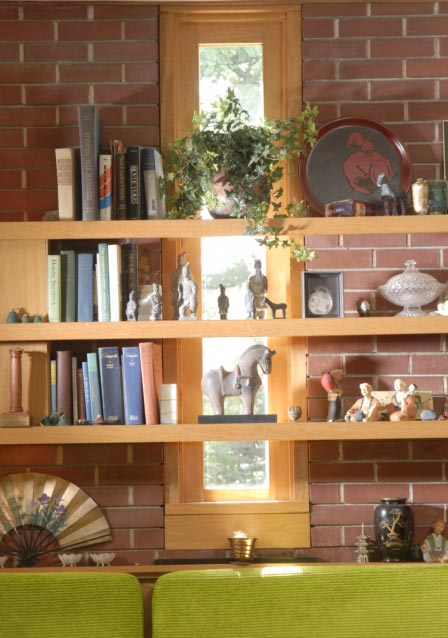 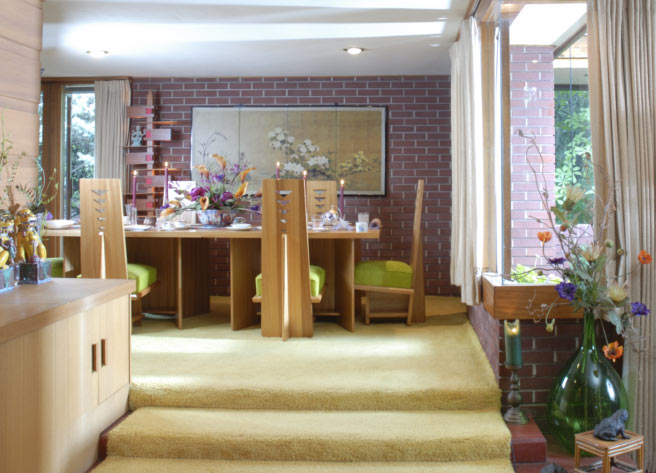 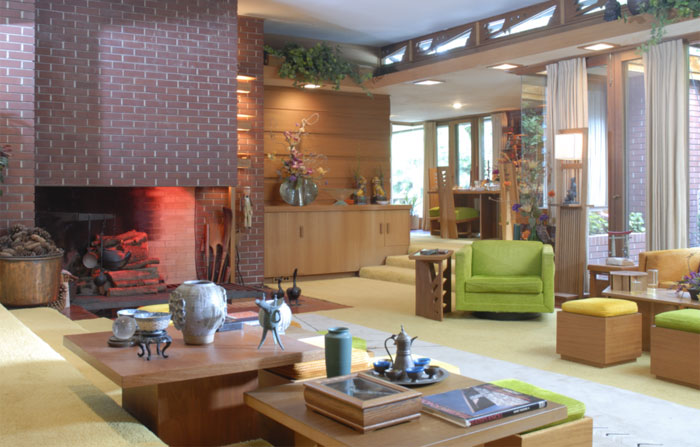 Two challenges, however, delayed the commission. Consistent with his worldwide practice, Wright was inundated with requests; in his seven decades as an architect, he had never been busier. For their part, John and Kay Christian didn’t have much money, having just begun their life together in Indiana.

Over the next three years, the Christians and Mr. Wright stayed in touch, as the young family’s economic situation improved. In 1953, Wright agreed to meet with them again to review their ideas. He had requested that they put together material describing their intended lifestyle and what they felt they needed in a house. John and Kay wrote out a 27-page report, which detailed everything about their lives, and included photographs of themselves and the building site, along with topographical maps. Their stated needs encompassed a living room large enough to hold fifty people, for entertaining and student and faculty meetings. In a third meeting with Wright, the aging architect agreed to design plans for their house.

When the initial plans were delivered, John and Kay felt that some design elements didn’t match their criteria. Put off by the architect’s reputation for being inflexible, they were apprehensive about approaching Wright with modifications. As it turned out, Wright’s dictatorial reputation was more the stuff of legend—and probably furthered by Wright himself. Wright had no problem revising the plans to incorporate a separate dining room (he elevated the dining space), and to move the bedroom away from the street to block noise.

His redesign was in fact brilliant. He took the opportunity to reorient the bedrooms in mirror image, thereby creating a lanai now accessible to the bedroom spaces. He also lowered the house’s elevation so that road noises would pass over the roof of the one-storey dwelling, and he incorporated evergreens as a noise buffer into his landscape design.

John and Kay Christian found Wright sympathetic to their needs and gave him their total trust. He, in turn, found pleasure in being with the young couple and always welcomed their visits and calls. As was typical for him, Wright oversaw every aspect of the house, from furnishings to dishes and textiles. Every function and element of décor was considered, planned, and designed.

Wright even had the idea for the name of the property—Samara, or winged seed. The word and the motif resounded with both Kay and John, and the theme is reflected in objects throughout the home. John and Kay never felt dominated by Wright or his designs; all three being of like mind, the couple welcomed his creativity and also his friendship.

Today, Dr. Christian, a courtly gentlemen who has passed his 90th birthday, hosts frequent tours of his house, a rare place of living history, and recounts tales of its creation. (His wife Kay passed away in 1986.) He is generous with his memories and his extensive knowledge of Wright. And he is meticulous about keeping Samara as Wright designed it.

Esther & Franklin Schmidt are writers and photographers specializing in interiors, art and antiques. The Schmidts have had a number of books published on interior design, including Passion for Primitives: Victorian Kitchens & Baths, Folk Décor for Interior Design and Cabin Kitchens & Baths.

Discovering a Bungalow's Past

A Fantasy of Gothic Revival