Like most houses that have survived for more than 300 years, the 1686 Daniel Lummus House had undergone considerable indignities by the time its current owners found it. In fact, it was in terrible shape.

“We bought it in 2008 because we were afraid that the house would end up torn down or badly damaged,” says Al Boynton, a director at Thomson Reuters who, together with his wife, Kathy Bruce, bought the First Period house in Ipswich, Massachusetts. “It was abandoned. The house had no wiring or plumbing and was leaning forward because the summer beam had been removed,” Kathy explains. “It was horrifying.” (Summer beams, large horizontal structural members in early American timber-framed houses, supported the floor above while connecting one post to another. Sometimes as wide as 18″, summer beams fell into disuse after about 1750, when heavier floor joists were used.) 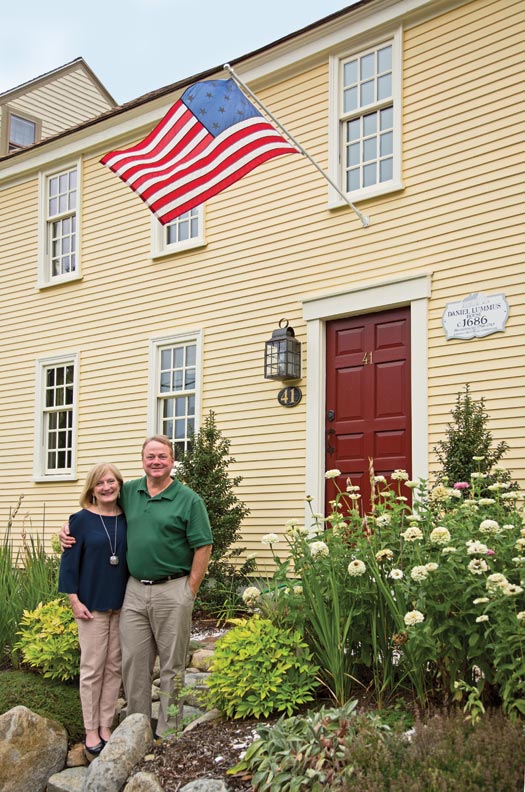 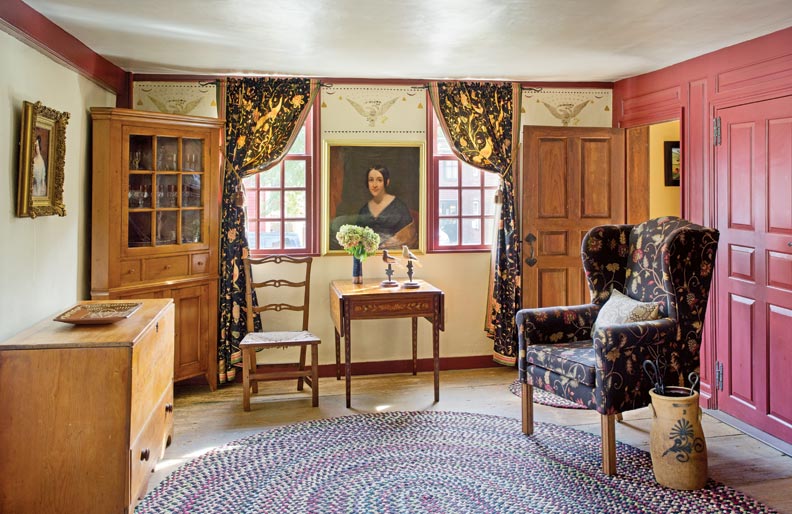 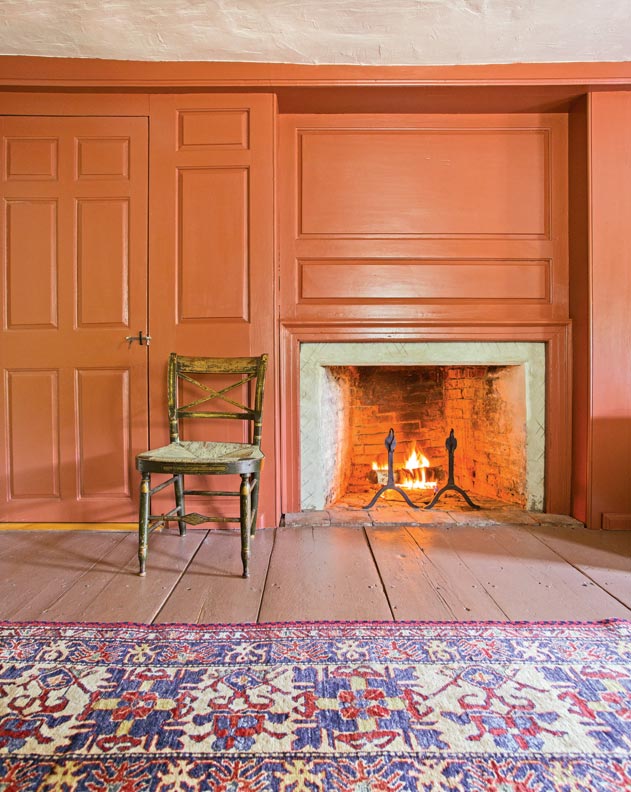 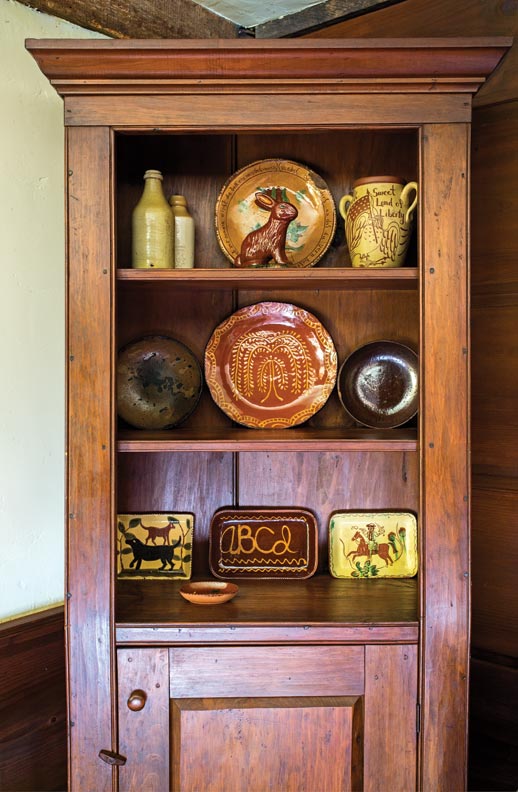 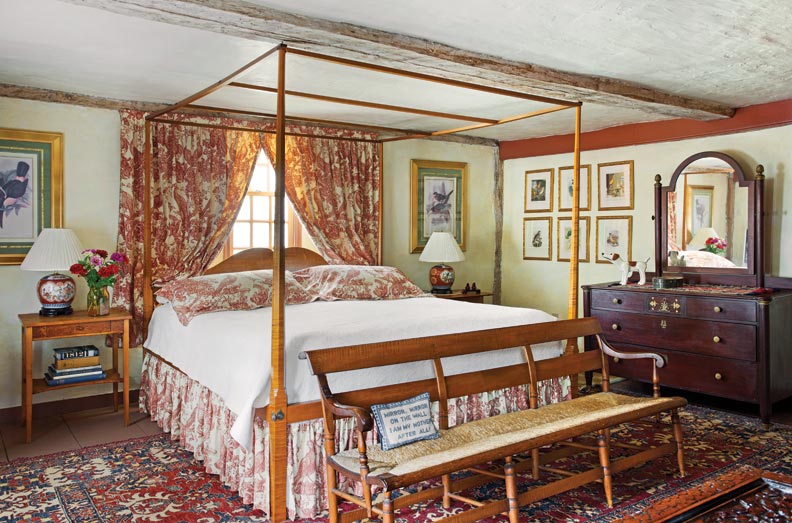 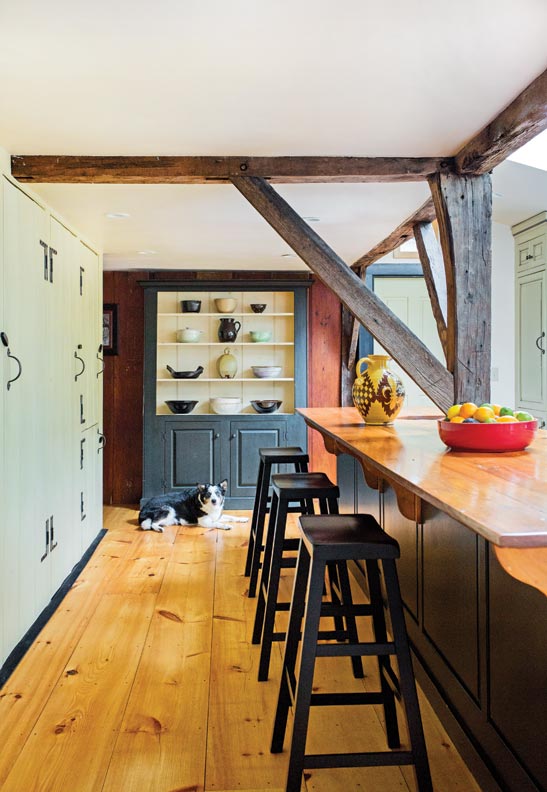 Boynton and Bruce came to Ipswich in 2002, when they moved into another 17th-century house; before that, they lived in a Victorian house in nearby Salem. “We knew that we wanted a house where we would have the opportunity to put our own ideas in,” says Kathy, who works as a director at Massachusetts General Hospital. “But we really didn’t know what we were looking at.”

Even before they bid on the Daniel Lummus House, the couple called on Ipswich architect and friend Mathew Cummings. He found that the old house was intact behind 20th-century gypsum plaster walls. He also learned that the structure had been significantly rebuilt in 1746.

“That explains the Georgian paneling we found behind the modern plaster,” Cummings says. “There had been a fire, and Daniel Lummus, a housewright whose family had been in Ipswich since the 1630s or ’40s, owned the house at that time. He did the renovation work.

“Significant elements of important historic fabric were hiding under layers of more recent accretions,” Cummings continues. “Under new plaster walls we found old elements including the chimney, fireplaces, all the paneling, many walls, the trim, plaster, doors, hinges, moldings, and the entire frame.”

That was enough for Boynton and Bruce, who, with Cummings’ direction, launched into a massive year-and-a-half-long restoration. They put the summer beam back into the ceiling of the hall, the medieval term for the large keeping room the couple now uses as their dining room. They added a six-foot lean-to section to the rear of the house to create a modern kitchen. A small sitting room off the kitchen dates to 1915, when two small structures, one a former telegraph office, were moved to this location.

Cummings, who describes himself as “an intense architect who refuses to ruin the historic fabric of this country,” took painstaking notes when he first explored the house: “If you document everything before you start, there are no surprises.

“We were fortunate because relatively few substantive changes had been made to the house in the 19th and 20th centuries. The staircase dates to about 1830, and one room was in the Greek Revival style.”

When he is dealing with a house as old as this one, Cummings says, he makes restoration decisions on a room-by-room basis, based on the history remaining and the condition. “If a room is Federal in style, [even if] behind that is a First Period room, we restore it to the Federal period,” he explains. “Here, we encountered Georgian plaster laid horizontally, in First Period style, so we restored the house back to the mid-18th century, leaving the early 19th-century changes.”

When it comes to the subject of windows, Cummings is especially emphatic: “Never, never, never throw away old windows,” he says. “People replace 200-year-old windows with new vinyl ones guaranteed for five years. They are made of petroleum products and filled with gases, and soon their useful life is over and they end up in the landfill. Old windows are made of wood and glass, and once rebuilt, are good for another 200 years.”

Owners Kathy and Al have no regrets. They love their 3,200-square-foot historic house, which they have filled with antiques and high-quality reproductions. Boynton says his favorite thing is an intimate element: the inglenook built into the large hall fireplace.

“There may be others in England, but this is the only seat like this that we know of in the United States,” he says. “There is nothing I love more than sitting here when it is really cold.”

Restoration of a Beaux Arts Mansion