The house had stood vacant for several years after the death of its most recent owners, and a leaky roof and moisture stewing in the basement had led to mold-infested walls and carpet. Contractors admitted it would be a pricey and lengthy project, but Cornelia “Neil” Keller—a respected preservationist who has lent support to a number of local advocacy projects—was determined to restore her newfound colonial-era home true to its history.

The house sits in the village of Waterford, Virginia, which began as a Quaker town in the early 18th century. Without the development of major roads and railways, the sleepy hamlet changed little over time. Descendants of old Waterford families began buying and restoring buildings in the 1940s, and in 1970, the town and its surrounding acreage was designated as a National Historic Landmark. “I remember the first time I saw it,” says Neil with a smile, recalling her 1999 visit to the Waterford Fair, an annual fall event. “This is what America is all about—the children, dogs, ponies, people in antique cars and marching down the street.” 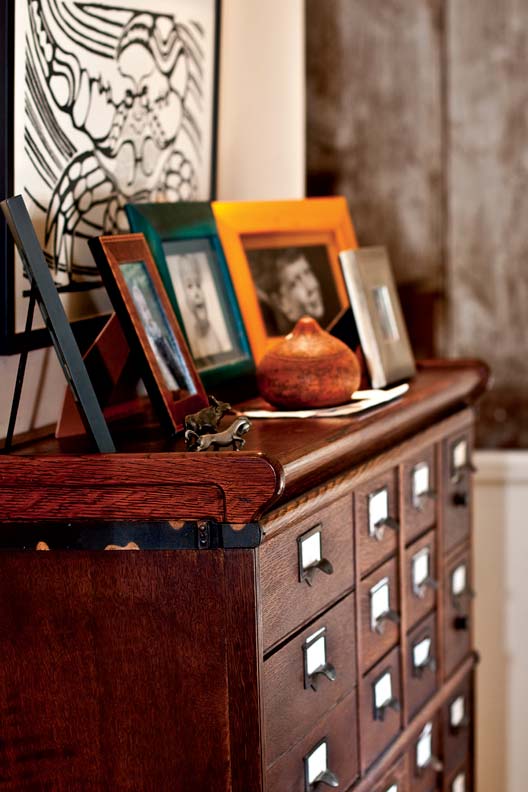 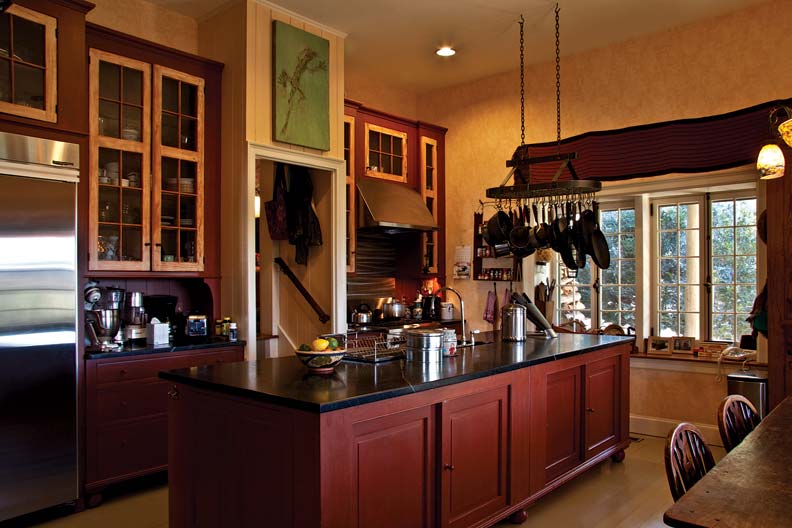 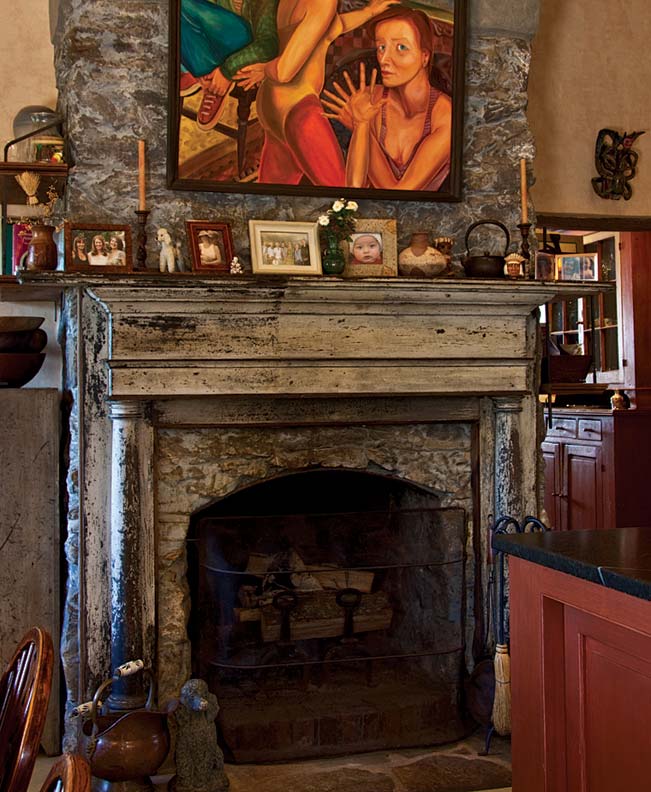 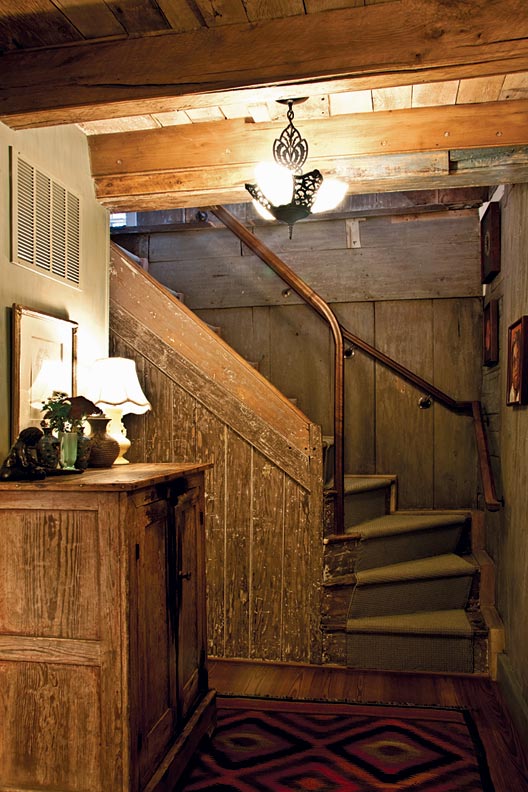 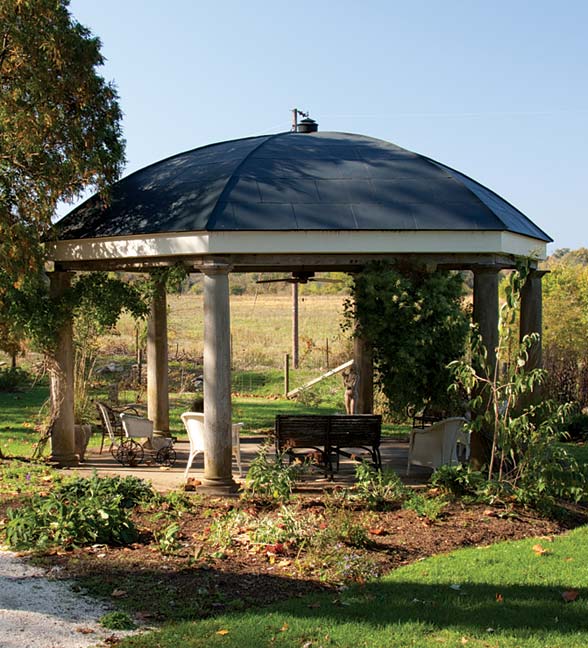 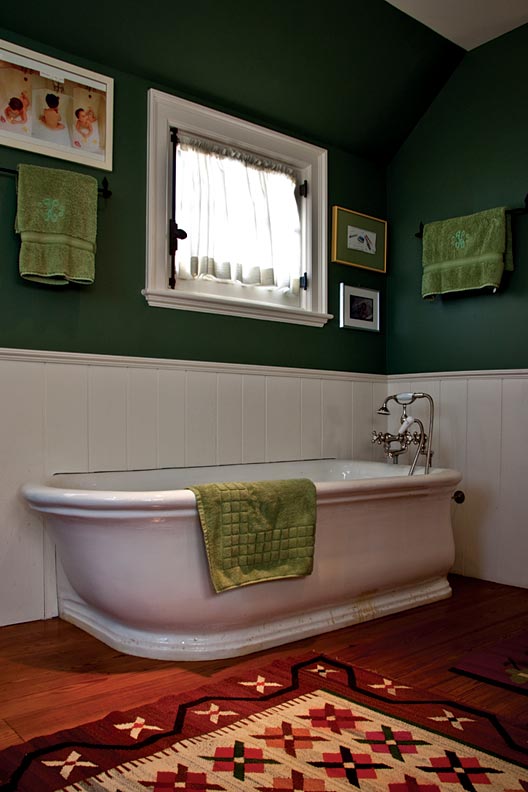 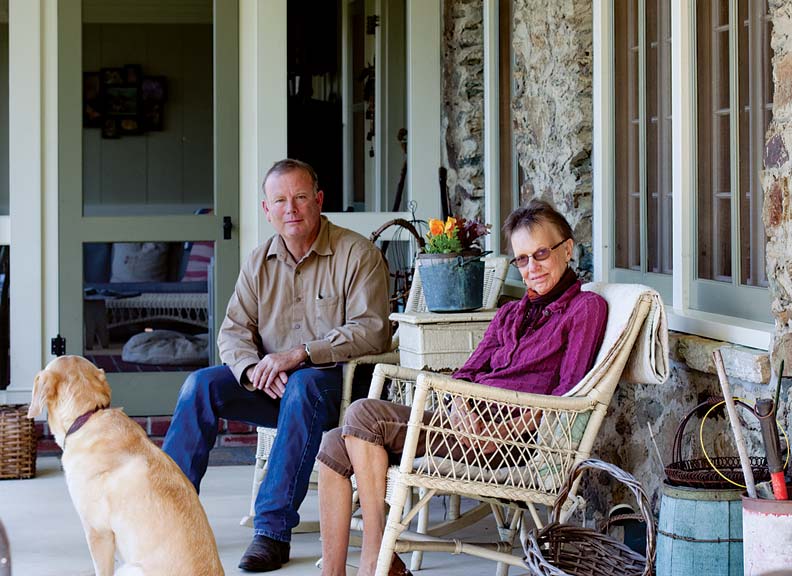 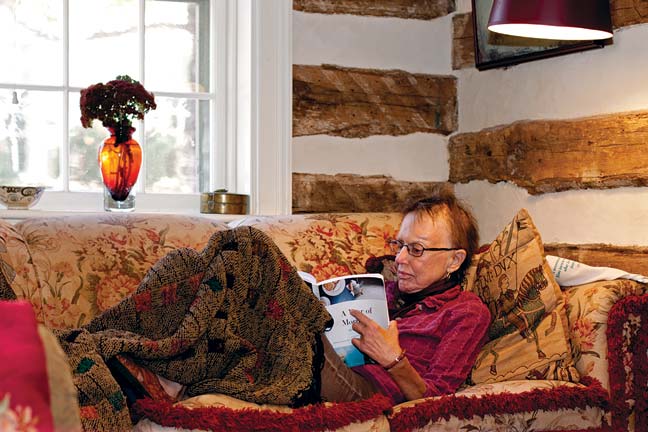 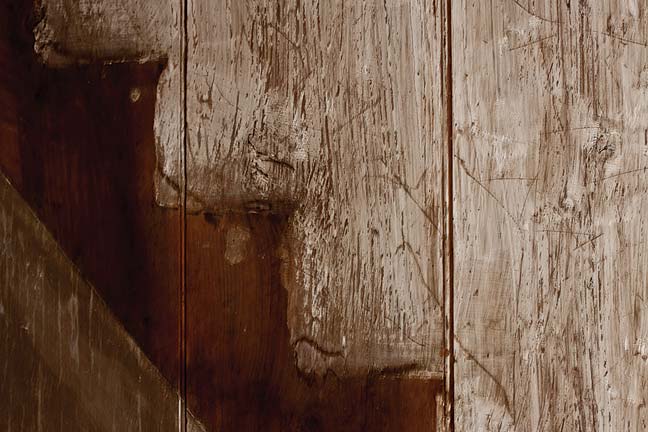 Quaker merchant Richard Griffith is the first person associated with the original structure, a two-story log cabin built in the 1790s. A post-and-beam storehouse was added around 1799. In the 20th century, the James family operated it as a general store and, later, a boarding house, adding a stone-walled addition that comprises a kitchen, dining room, and porch.

Living a couple of miles away, Neil often rode her bicycle through Waterford, but little did she know that the town and this abandoned home would rescue her from despair. “I suppose restoring this place was a form of therapy,” she says; the project took place during what she admits was a very emotional and difficult time in her life. “I had fallen in love with the place and wanted to do right by it.”

Diagnosed with a neurological disease in her 30s, Neil didn’t let her physical challenges interfere with her involvement in the restoration. With the help of wheelchair ramps built throughout the construction site, she stayed close to the project, making key decisions with a focus on preserving the home’s time-worn aesthetic. “For instance, the stonework is very crude, but I like it crude,” she says. “I didn’t want it demolished in favor of new stonework. We exposed as much as possible: logs, beams, doors, old floors, and original finishes.”

The restoration crew started by cleaning out the sludge, examining construction and building methods, and collecting salvageable materials that could be used in the restoration or as prototypes for new construction. In their studies and examination of the multi-layered structure, the team decided to remove two poorly constructed additions: a crumbling 1890s brick structure and a tin lean-to garage added in the mid-20th century. They kept the original log cabin and the 1920s structures intact, and on the footprint of the demolished additions, created a new sunroom, laundry room, powder room, and a second entrance, taking great strides to maintain the original roofline. Material from the demolished structures was recycled throughout the interior of the reconstructed home.

Since only a quarter of the log cabin’s original foundation remained, stabilizing it was the next major task. The challenge was to lift the house off the foundation, remove the mud and stone that had originally supported it, then completely rebuild the foundation. With limited clearance for heavy equipment, the crew used a backhoe to dig a trench between the house and street to gain access. To keep the soil from caving in, they used the bucket of the backhoe to press steel rods and boards against the dirt to reinforce the walls and stabilize the area. “The dirt had to be taken out by hand,” Charles explains. “We went down 8′ at the deepest footing, filling in with reinforced concrete and 12″ cinder block.” The house stayed on jacks for several months while the process was completed.

From Waterford’s Main Street, the house appears to be a simple two-story rectangular building with clapboard siding, which was added in the late 19th century, when siding was commonly used to cover and insulate log homes. The home’s original exposed siding was long gone, but when they dismantled the brick addition, the team uncovered a 12′ section of original white oak siding. Charles used it as a model to custom-mill beaded siding using the same type of wood. The front door and hardware are original to the log cabin, as is the wood shake roof.

At the back of the home, the 1920s footprint of the kitchen/dining area remains the same, with the original fireplace and brick wall (a stabilized remnant of the demolished brick addition). Charles designed custom cabinets, incorporating pieces of tin from the lean-to building, and custom-crafted replacement windows based on originals found in the attic.

Four steps lead up from the kitchen to the living room, through what was the back door of the two-story log cabin. In the living room, original logs and chinking comprise the walls. “The logs were horribly crooked and filled in with nothing but mud and oyster shells,” Charles says. The project’s mason advised removing the original chinking and replacing it with sturdier Portland cement mortar.

Above the living area, up the original stairway, three bedrooms harbor painted walls, exposed siding and framing, and wainscoting fashioned from the second-story flooring of the 1890s brick addition. The bedrooms’ wide-plank, heart-pine floors were removed, cleaned, and reinstalled. Replacement windows, created by Charles, are an almost exact replica of originals. The ceilings hold a wavy, somewhat warped appearance—after stripping off layers of rotted plaster and drywall, the team left their beaded tongue-and-groove paneling exposed, adding new support beams alongside the old. “We went back to slightly above the old timbers,” Charles explains. “The rafters were actually trees, 4″ to 4½” in diameter, tapering to 3″.”

Near the top of the stairs, a peculiar pattern leaves an imprint of the past. Like a rustic mural, a stairwell shadow along the wall climbs to the log cabin’s long-gone attic. “It was obviously a story that the house was telling us,” Charles says, adding that they tried to recapture the essence of the home throughout the construction process. “We cleaned it as best we could—if something had been painted, we repainted it the original color, and we used linseed oil on the wood to preserve it.”

In May 2010, Neil’s efforts were recognized with an award from Waterford’s Joint Architectural Review Board. She’s also put the property under conservation easement to prevent future owners from undoing the team’s hard work. “It’s always rewarding to see the finished project and how much the property has been improved,” says contractor Brad Brown. “This one in particular seemed in grave condition at the outset.”

Many of her neighbors called the restoration a “rescue project,” but Neil just considered it her good fortune. “I honestly don’t recall any stress associated with the project,” she says. “I had fun working with my crew to solve each problem as it presented itself. It was a pleasure to watch it evolve.”

Gamble House Sitters for a Year

An Old Firehouse Converted Into a Home