Since his college days in Florida, Steve McDonald has been interested in preservation. He remembers watching threatened houses being floated on barges down the Intracoastal Waterway to new sites. Steve became an architect and opened a practice in Seattle, never forgetting his dream of rescuing a historic house. So when he heard about a Craftsman slated for demolition, he talked his wife, Natalia, into saving the house by moving it.

Built in 1906, the Arts & Crafts house was in surprisingly good condition, with much of its character intact. Smartly trimmed bungalow-era windows had their original “wavy” glass, the ornate cast-iron radiators still functioned, and the bold brick fireplace was unaltered. Attractive, top-nailed oak floors with mahogany French knots in the corners were original, the dining room had its box-beam ceiling. Outside, the cedar shingles had never been covered over in vinyl. 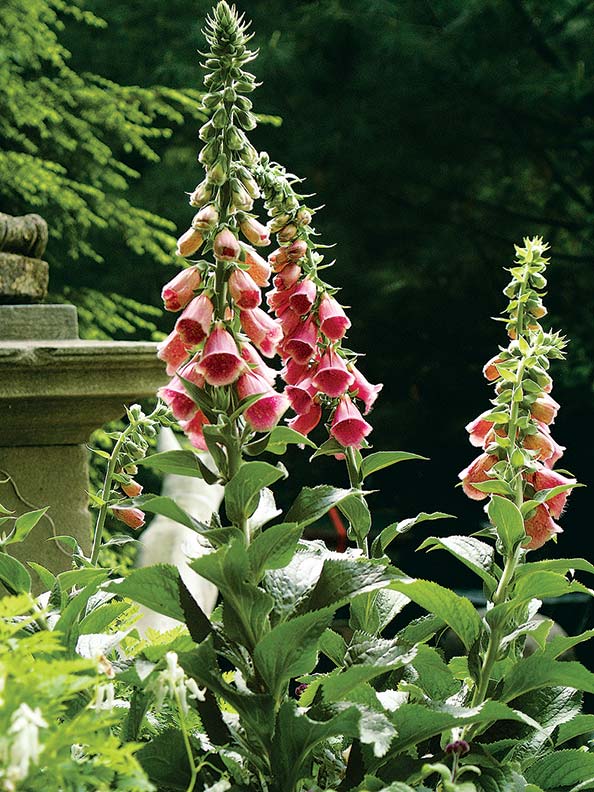 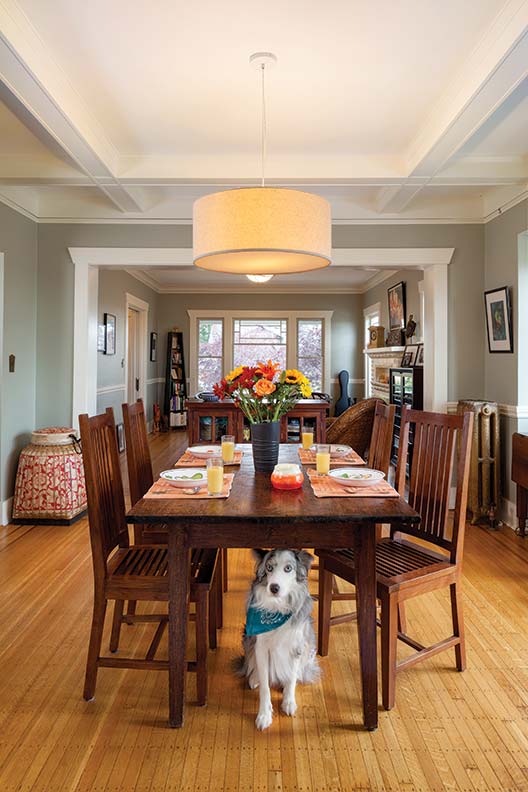 The project started with Steve contacting house mover Jeff McCord of Nickel Bros. The couple’s current home was just seven blocks away from this one, and offered a double lot with just enough room to tuck in the displaced Craftsman. After months of coordination with seven different public agencies, the house rolled off its old foundation at 2 a.m. Police escorts kept curious neighbors and television crews out of the way. The house lumbered over trolley tracks, under wires and poles, and around mature street trees.

The movers eased it onto a newly poured foundation, all windows intact and with no significant damage. The house, which had been on a humdrum lot on commercial Queen Anne Avenue, fit beautifully in its new hillside location, which offers views of the Cascades and Lake Union.

Problems soon became apparent, of course. Those old radiators leaked, and sometime in the ’20s, the house had been given a bad paint job that subsequently had been painted over eight more times. The move rotated the house 90 degrees and exposed it to more sunlight, accelerating deterioration of the paint and cedar.

The family decided to preserve the house largely as it had come down through the years—with some of its woodwork painted, and the front door replaced at mid-century. They also planned unobtrusive improvements, including a new family room addition at the back. Steve eventually decided to act as general contractor for the addition and such improvements as upgraded electrical, heating, and plumbing systems.

The perfectly nice, large kitchen got new appliances and a breakfast bar. Double-hung windows in the new family room were custom made to match those in the rest of the house. Missing trim was re-created.

Furnishings are simple, in keeping with a family that includes three children and a pair of Australian Shepherds named Bells and Whistle. Windows in the new family room stream light into the house on Seattle’s rainiest days. Wicker and upholstered pieces and artwork collected on travels allow the Arts & Crafts trim details to take center stage.

The house itself was a bit of a local celebrity after the move; several former owners contacted Steve and Natalia to thank them for saving it. The grandson of the builder stopped by for lunch, sharing fond memories of growing up here; his mother met his father over the backyard fence, he said, and one time during WWII, FBI agents watched for spies from the front bedroom window.

With the exterior rot repaired and everything repainted, the rescued house is ready for a new life. Rarely has there been a house that looks so at home in its setting.