Handmade crafts and tourism have been intertwined for at least a century in the southern Appalachians. When a Presbyterian missionary named Francis L. Goodrich arrived in western North Carolina in 1890, traditional crafts like weaving, spinning, and blacksmithing were dying out in what was then a remote, impoverished area. Inspired by an overshot coverlet that hadn’t been made outside the area for decades, Goodrich encouraged local women to develop a cottage industry to revive traditional crafts and sell them to tourists.

Some 120 years later, the descendant of that industry, the Southern Highland Craft Guild, has more than 900 members scattered across nine Southeastern states. For many of these artists, Guild shops in North Carolina, Kentucky, and Tennessee are one of the best ways to sell their wares. The grandmother of them all is the Allanstand Craft Shop in the Folk Art Center near Asheville. It’s one of two must-see stops on the Blue Ridge Parkway, the meandering scenic route along the spine of the North Carolina and Virginia mountains that’s celebrating its 75th anniversary this year. The other is the Parkway Craft Center, 90 miles up the road in a Georgian Revival manor house near Blowing Rock. Both are filled with the work of artisans who still make hand-woven goods like throws and placemats, quilts, corn-husk dolls, hand-tied brooms, and wrought-iron fireplace tools—along with some of the finest handmade contemporary jewelry, turned-wood bowls, mouth-blown glass, and hand-thrown pottery in the nation. 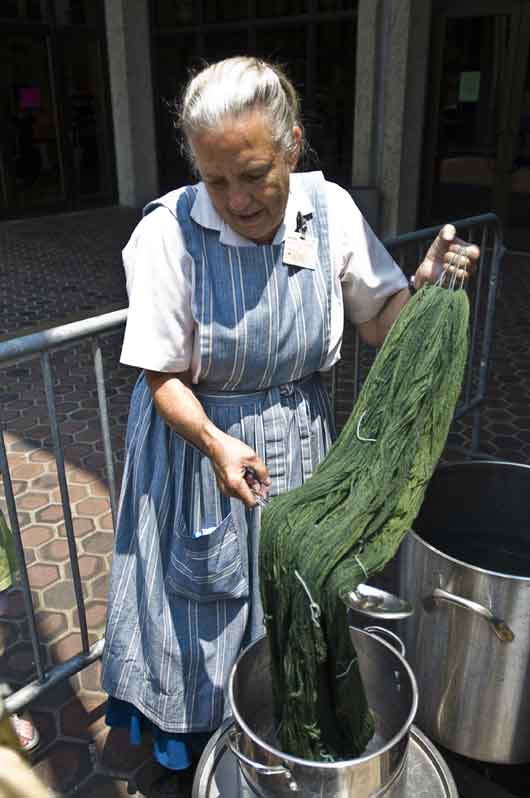 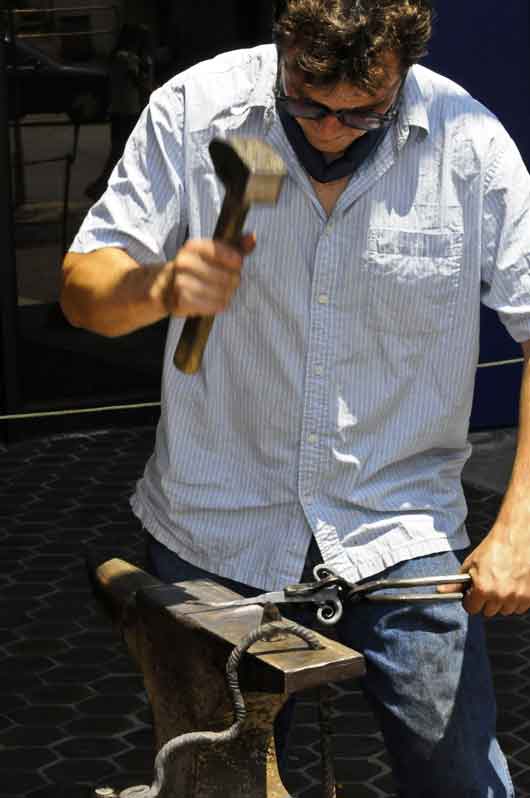 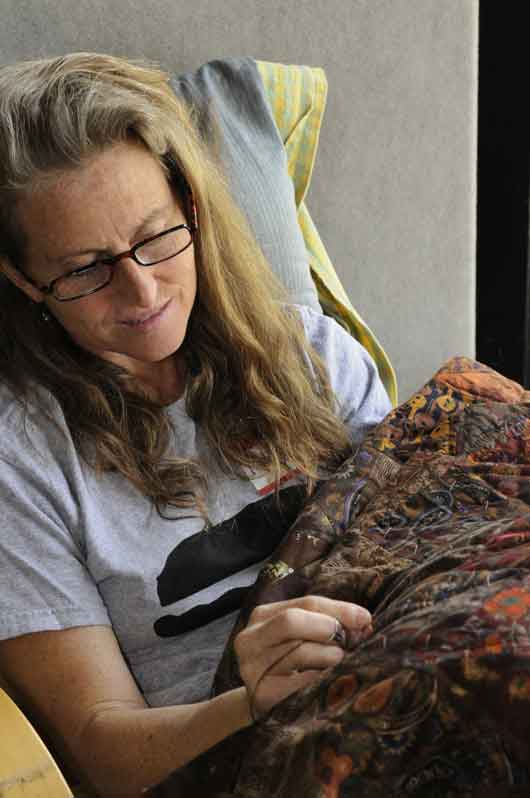 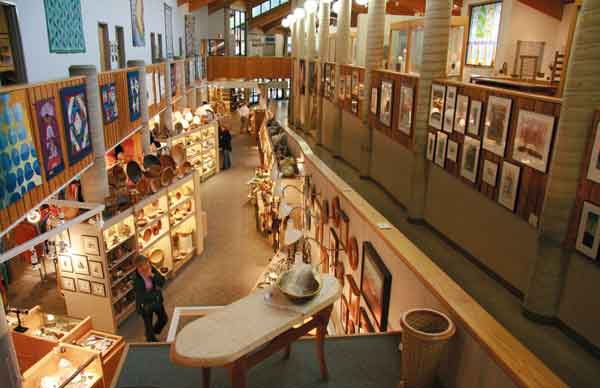 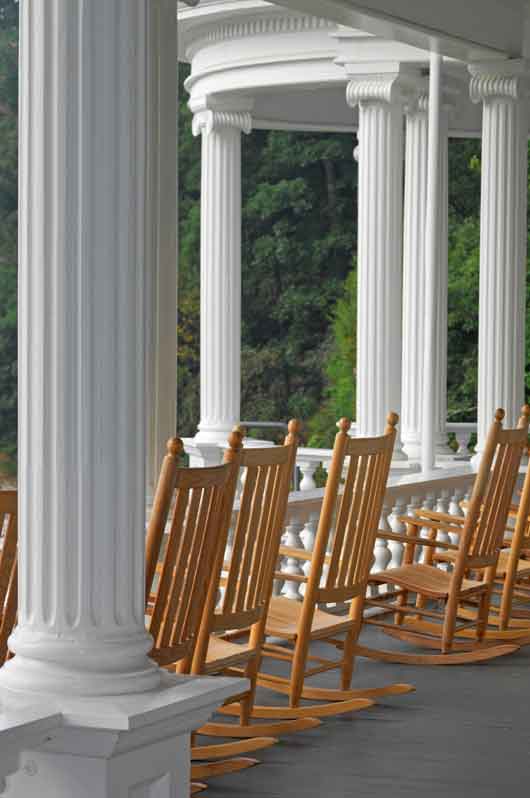 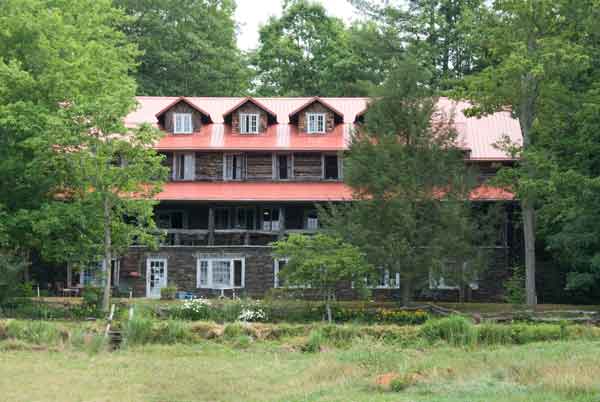 Goodrich was a key player in what is now called the Southern Appalachian handicraft revival. Depending on your point of view, centers of education for craft and folkways got started either early or late here. Berea College in Kentucky established its highly regarded crafts program in the 1890s. The Arrowmont School in Gatlinburg, Tennessee, dates to 1913. Two pioneering women, Olive Dame Campbell and Marguerite Butler, established the John C. Campbell Folk School in Brasstown in the western tip of North Carolina in 1925. And Lucy Morgan founded the Penland School of Crafts in the town of the same name near Asheville in 1929.

In 1930, all of these groups and more came together under the umbrella of the Southern Highland Craft Guild—one of the oldest crafts guilds in the country, second in age only to the Boston Society of Arts and Crafts. Members are active participants in the educational mission of the guild, taking part in crafts demonstrations, major crafts fairs, and special events.

Attend a festival of traditional music and dancing, storytelling, and heritage crafts demonstrations. A highlight is the 30th annual World Gee Haw Whimmy Diddle competition. (A whimmy diddle is an Appalachian mountain toy made from two sticks of wood. Notches are carved in one piece, and a propeller is attached to the other. Rubbing the stick with the propeller against the notched stick makes it “gee”—spin to the right—or “haw”—turn to the left.) Heritage Weekend happens September 18–19 at the Folk Art Center in Asheville, North Carolina.

One of the oldest (since 1948) and largest juried craft fairs, the Craft Fair of the Southern Highlands is a major exposition featuring the latest work of Craft Guild members. Look for it at the Asheville Civic Center, October 21 through 24. For more information about members and events, contact the Southern Highland Craft Guild: (828) 298-7928, craftguild.org

Learn a new skill or polish an old one at these centers of craft education:

•Berea College, Berea, KY. Begun as a one-room school in 1855, this liberal arts college provides free tuition to students from Appalachia, but requires them to work part time; many of the jobs are in the production of traditional handcrafts, which are sold in the Log House Craft Gallery (1917). (800) 347-3892, bereacollegecrafts.com

• John C. Campbell Folk School, Brasstown, NC. Explore crafts and traditional folkways in a beautiful mountain environment in weekend or six-day sessions. Offerings in more than 50 disciplines, from basketry and broom-making to wood-turning and spinning. (800) 365-5724, folkschool.org

Farmhouses of the Brandywine Valley, Pennsylvania