Comfortable enough in a bungalow they’d restored themselves, Hannah Callaghan and Bob Weaver had lived in Portland’s historic Irvington neighborhood for over a decade. Still, they looked out for grander homes going on the market: these are rarely for sale, and usually quite expensive. One summer afternoon in 1990, they heard about the so-called Nun’s House, just listed. A family named Brady, the original owners, had left the house and all its contents to the Sisters of the Holy Name, and now the Sisters were selling.

Designed by prominent Portland architect Joseph Jacobberger, the exterior boasts a unique mix of Tudor Revival with Arts & Crafts details. Unusual and imposing, the stucco and brick façade has great curb appeal, with gables and bays, decorative bargeboards, Gothic tracery, and a deep porch. Built for Michael Brady, a railroad-equipment salesman, the fine house has its original chandeliers and wall sconces, glowing stained-glass windows, built-in bookcases with leaded glass, and even the carved-wood drapery cornices in the living room. A valuable, Birge & Sons simulated-leather wallpaper in the library had never been removed.

The Sisters had kept the house tidy, but there was work to be done. The exterior sorely needed new paint and fresh landscaping; aluminum storm windows and doors would have to go. Wiring, plumbing, and heating needed to be updated. Walls had been painted a drab, institutional green; the kitchen and baths, never updated, were in need of attention. Water had leaked into many rooms and ceilings needed replastering. Oak floors required refinishing. The striking art window—6 ½’ by 7 ½’—was intact on the upper landing, but it had been obscured under layers of dark-color glass, making the second-floor hallway dim and uninviting.

In the library, the M.H. Birge & Sons simulated-leather wall covering and the leaded glass-front bookcases have never been altered. The fireplace tiles and green-gold color scheme suggest Arts & Crafts inspiration.

The original blueprints were included in the sale, and they confirmed that nothing substantial had been altered in over a century. Hannah and Bob rolled up their sleeves, sensitively restoring the home. Knob-and-tube wiring was brought up to code; an energy-efficient oil furnace installed; and plumbing updated. It took two tries at reroofing to plug all the leaks, and then copper gutters were added as an elegant accent.

Original lighting fixtures, including leaded-glass ceiling pendants and handsome brass wall sconces, were restored and rewired. An early photograph of the living room, from the Oregon Historical Society, showed that there had originally been a pair of sconces above the fireplace, so period-appropriate replacements were found at Old Portland Hardware, with the assistance of consultant Bo Sullivan.

The generous living room runs the depth of the house, framed by two pairs of carved Ionic columns. Original details from the chandelier to the window cornices were retained. Hannah and Bob furnished the room with comfortable seating and antiques, and the room looks not so different from the Brady days: there’s a Chesterfield sofa, a game table in front of French doors that open to the rear terrace, family heirlooms, and antiques.

Water damage in upstairs bedrooms was significant, requiring replastering and refinishing floors. A master suite was created with an adjoining room becoming a sitting room/office opening to a roof terrace.

The dining room had been painted top to bottom in an unappetizing beige. Now it glows with a custom goldenrod-tone paint on the ceiling, and trim in olive green outlining papered panels. The original pewter wall sconces and the chandelier were carefully cleaned and rewired, and the room’s handsome Povey Brothers stained-glass window was restored.

The Sisters had maintained the library with its original M.H. Birge & Sons simulated-leather wallpaper. Oak woodwork and glass-front bookcases built on either side of the fireplace were in remarkably good condition, requiring only a fresh coat of furniture oil. Comfortable furnishings include leather chairs and a desk made by Bob’s grandfather from a square grand piano.

Landscaping was updated with a concrete driveway and a bluestone terrace in back. The Arts & Crafts-era pergola has been replicated, with reference to historic photos.

The Brady family had spent little time in the kitchen, as servants prepared meals in the early 20th century; blueprints showed that the kitchen was largely untouched since 1912, except for the addition of an ancient dishwasher that no longer worked. Hannah and Bob remodeled the space twice. The first was in 1993, when they took it down to the studs to update the plumbing and wiring. Five doors created an awkward warren of small spaces, so they consolidated down to three. A peninsula with stools for casual dining was added in the center of the room. That initial budget allowed only for particleboard cabinets and black laminate countertops, but a tin ceiling from W.F. Norman gave the room historical appeal. In 2007, the couple upgraded to honed black-granite countertops and custom maple cabinets, along with a new Marmoleum floor. 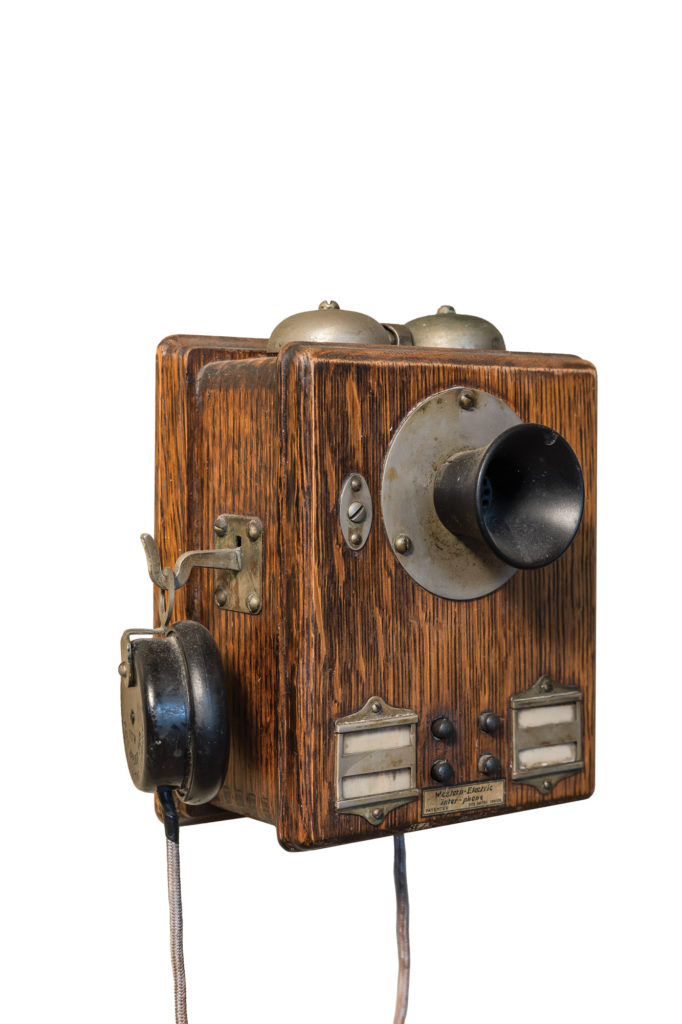 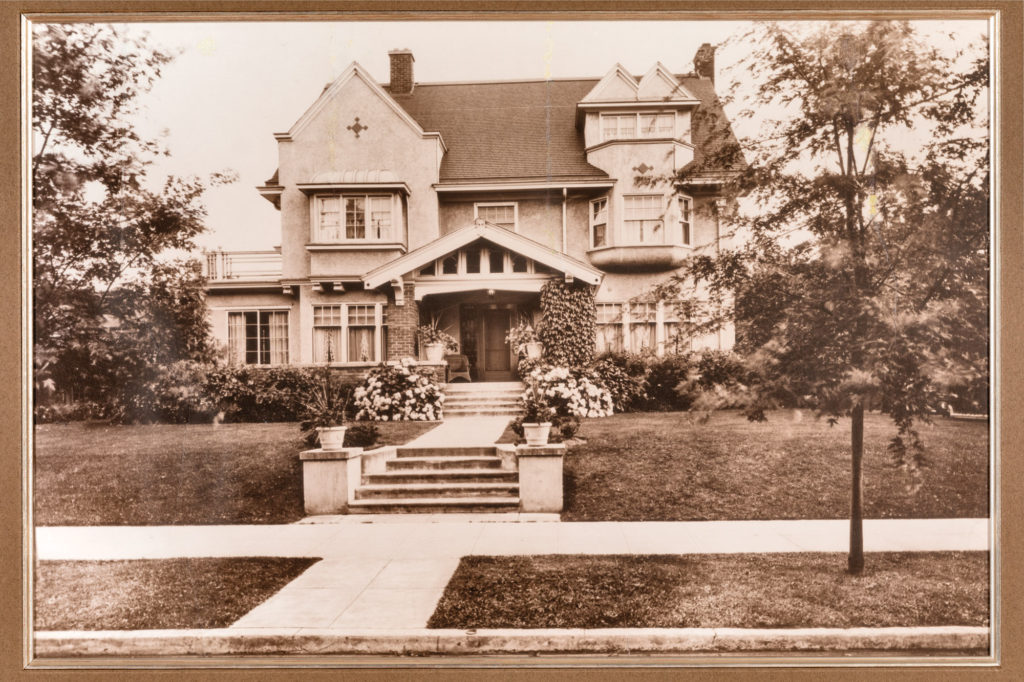 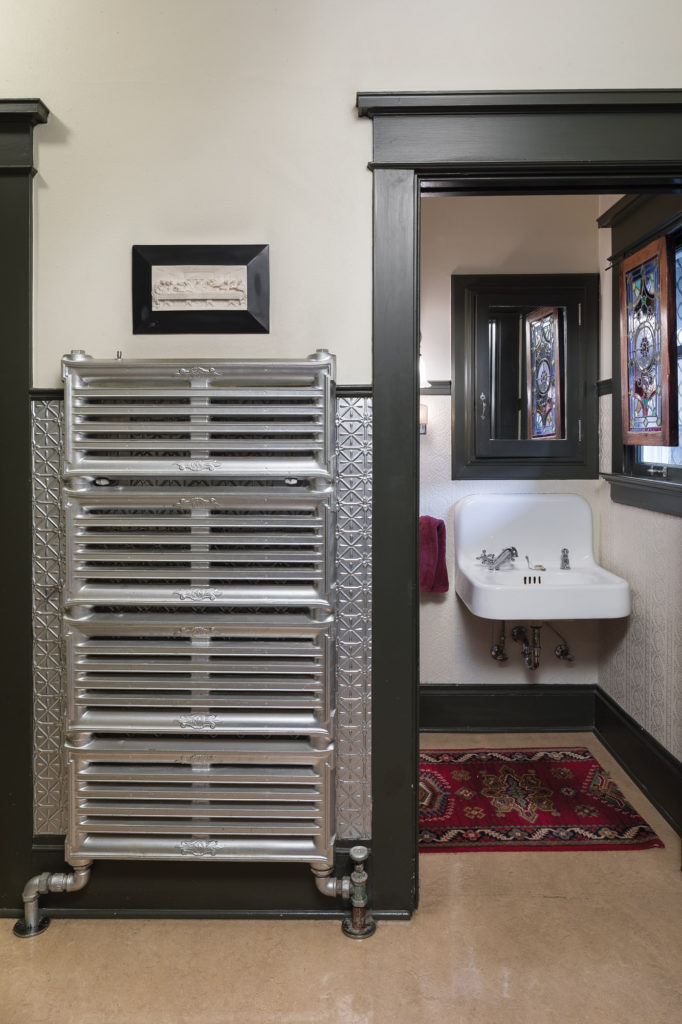 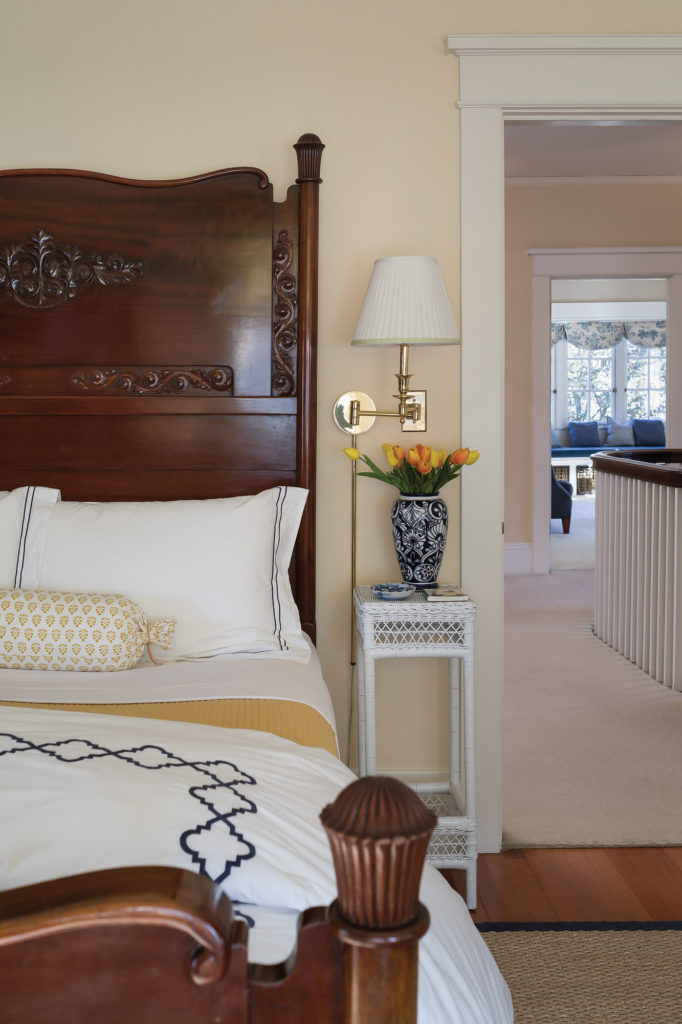 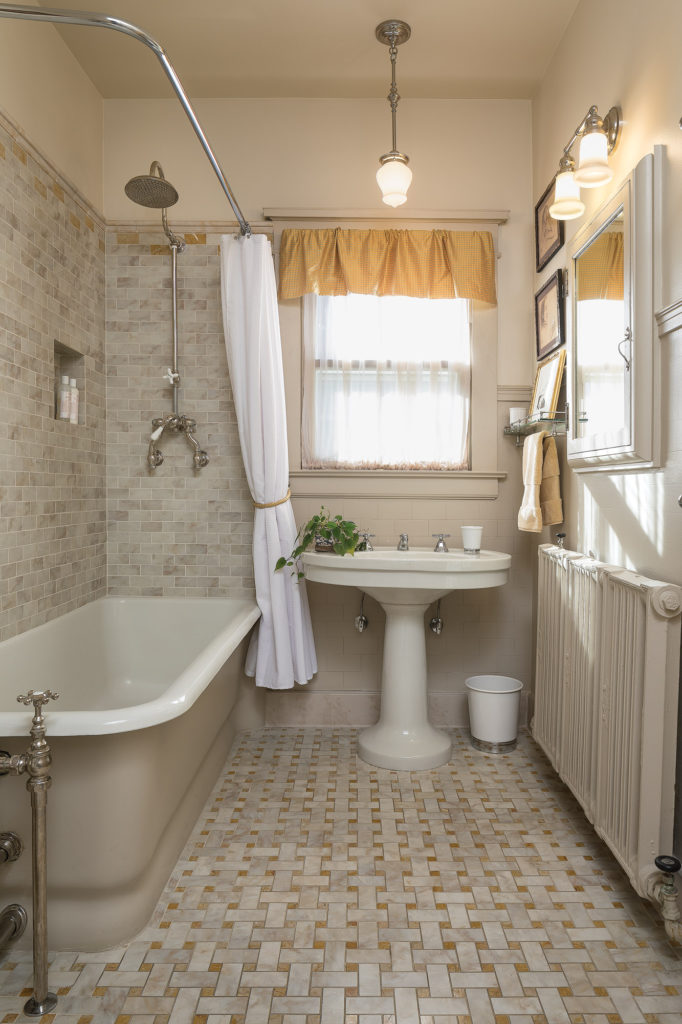 Life in a Reproduction Saltbox

Restoration of an Arts & Crafts Gem

A Regency-Era Row House in D.C.