How many of us could walk into a house with no heat, insulation, or running water and have the vision to call that place home? Probably not many of us—unless you have the creative talent and tenacity of the late Pat Pritchett. Long before he started sketching houses for his company, Vermont Vernacular Designs, he first got acquainted with old houses the hard way—he bought one. Pat and his wife, Liz, purchased a 150-acre farmstead dating to around 1830 in the town of Woodbury, Vermont.

After graduating from the University of Virginia, where the couple met studying art history, they headed north to start their lives together. The ramshackle Cape had no heat except for a small wood-burning stove in the kitchen and a small wood-burning furnace in the basement, and the pipes were frozen on move-in day, rendering no running water. “We were lucky there was an outhouse,” remembers Liz.

All the original fireplaces had been boarded up or moved, and aside from wide king’s cut floorboards, little of the original character was left. The foundation walls were crumbling. A single bare bulb hung in the makeshift kitchen to illuminate the dark space. Needless to say, the old house had seen better days. 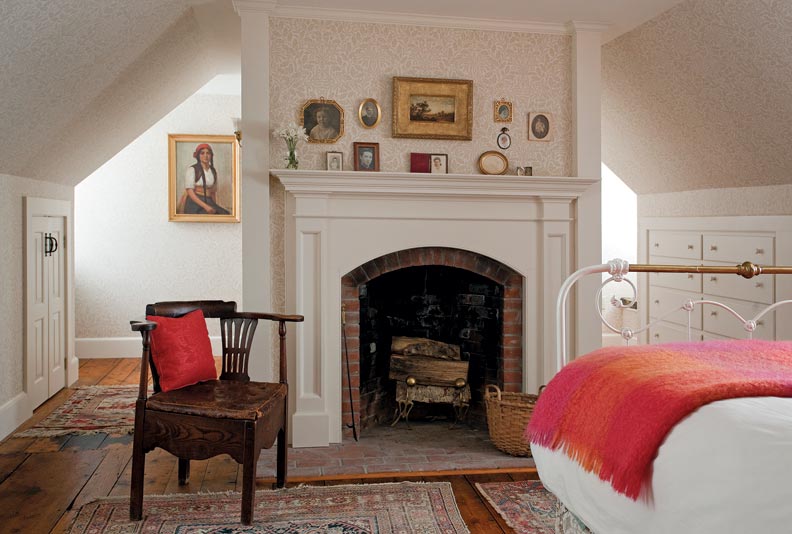 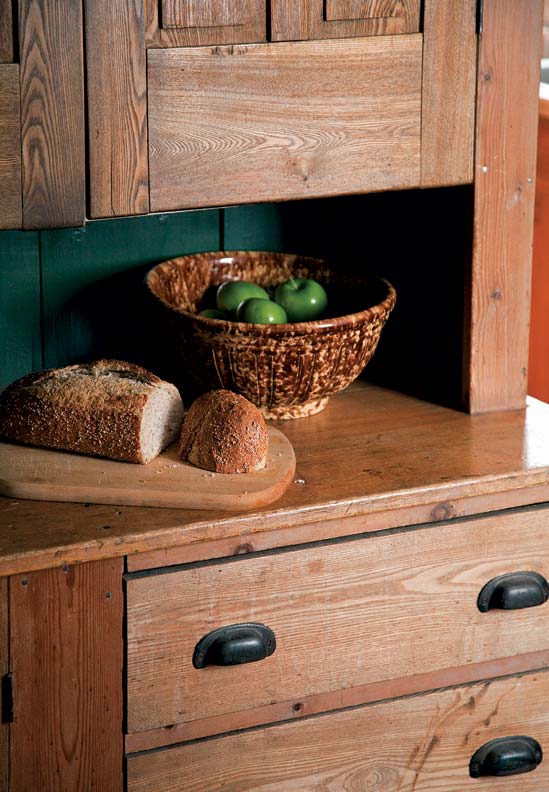 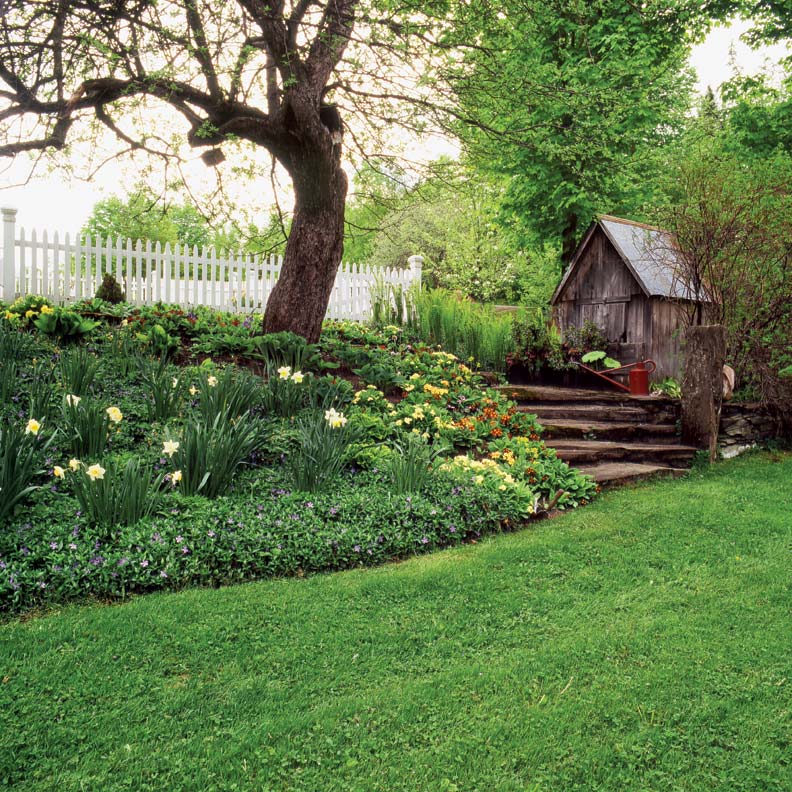 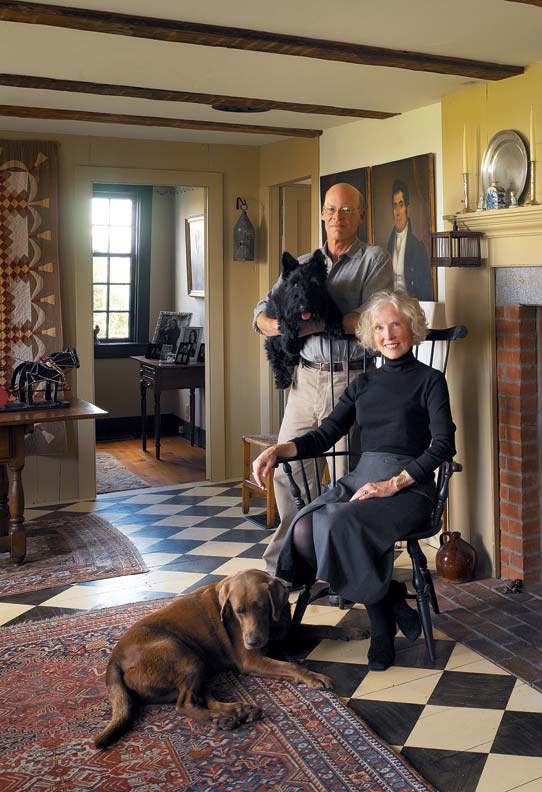 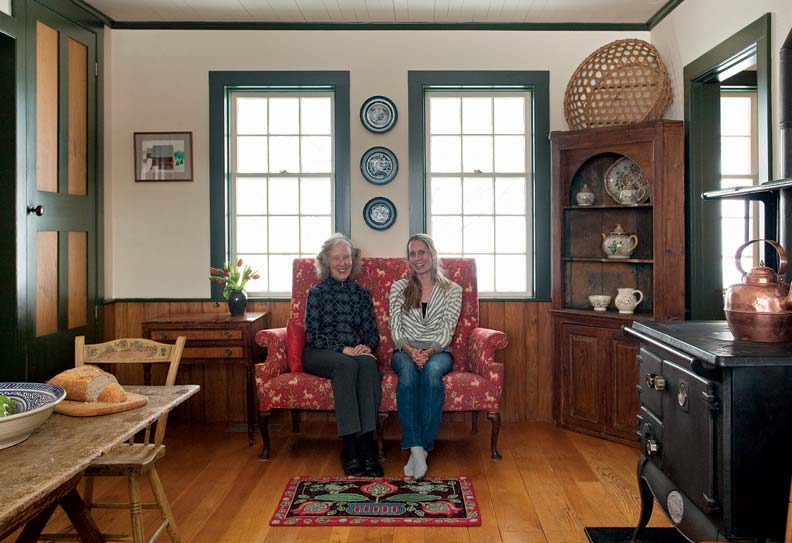 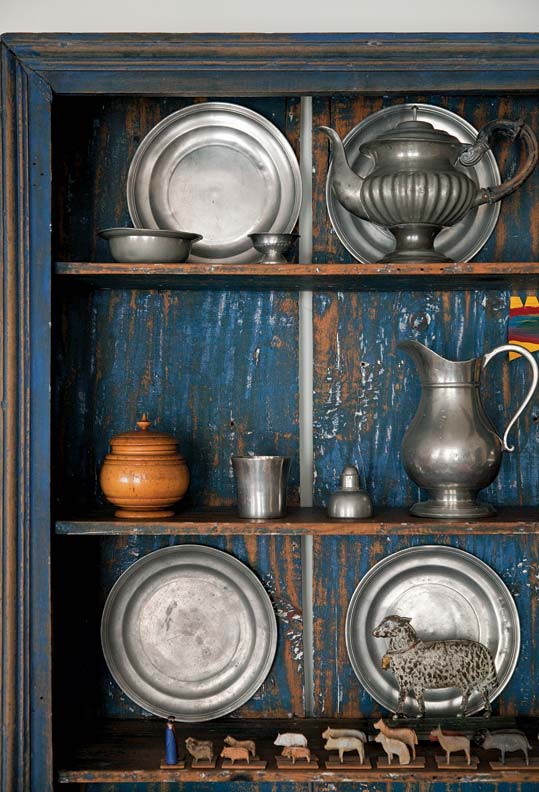 Pat had secured a position in the art department of the local high school, teaching students the fundamentals of drawing, painting, and sculpting. His artistic touch lent itself beautifully to the restoration of the much-neglected house. Little by little, the couple chipped away at the restoration process.

The first thing they did was put in a furnace to heat the place. They then began the forensic research to reassemble the house as it once appeared. The couple reintroduced fireplaces and chimneys that had been taken down over the years to their original spots. Original doors were carefully replicated in places where existing ones has been lost. Pat painted floorboards in the original kitchen in a traditional diamond pattern. He also replicated the stenciling found in an old tavern in Vermont in his home office. In tune with the original house, the Colonial Williamsburg paint colors were chosen for the interiors.

Pat not only restored the existing building, but also added onto the old structure with a sensitive new addition, creating a mudroom and breakfast room. Pat studied pattern books of the past such as Asher Benjamin’s Builders’ Companion for inspiration. “We both have a real love of old buildings,” says Liz, who has her own historic preservation consulting business in Montpelier. “Pat would drive around and study buildings, taking measurements of window and door openings.”

The new rooms are in keeping with the proportions of the old house. Single-paned windows, which echo the size and proportions of the existing ones, were introduced in the addition. The mudroom and breakfast room sport horizontal wide-board wainscoting. The mantel is a copy of another old Vermont mantel. Pat carefully measured farmhouse porches in the area so he could replicate dimensions for the new porches to his own rambling old house.

After 14 years as a teacher, Pat decided it was time for a change. He turned to his love and knowledge of vernacular buildings and architecture and founded Vermont Vernacular Designs with two partners, creating 12 different house types that speak to the historical New England landscape.

A self-taught draftsman, his designs range from a simple rural farmhouse Cape to the Federal style to Greek Revival farmhouses. The designs draw on the vocabulary of the regional homes. “Scale is very important in the house designs—everything is done on a human scale,” notes Liz.

Although houses are based on 18th- and 19th-century styles, the interiors are designed for today’s lifestyles. Pat’s wife, Liz, and their daughter, who is also named Liz, have carried on the legacy that Pat created, and today the company is thriving under Ray Boutin and Dan La Madeline. Pat brought so much beauty to the built landscape and to the lives of Vermonters. His passion for beauty lives on in the hills and fields of this special region.