I can’t remember a time when I was not collecting something,” says artist Marilynn Gelfman Karp, who summers with her family at her Greek Revival house high upon a ridge in the northern Catskills. There, an assortment of vintage kitchen implements has been artfully arranged on the wall above the sink, and advertising signs hawking products of long ago cover the walls of a bathroom. Stoneware crocks line the staircase steps. Throughout the house are displayed collections of patchwork quilts, old maps, unusual tools, handmade samplers, and 19th-century paintings. “Every object has a story to tell, and every collection is a biography,” says Marilynn. Her interior is a kind of tribute to humble rural life, calling attention to the artistry of objects easily overlooked.

The farmhouse was built in 1846 by a Thomas Lamont Sr., who embellished the façade with a fanlight in the gable and a robust portico framed by sturdy pilasters. Lamont also constructed a large barn and several tenement houses to rent to hired hands. “This was a typical hill farm,” Marilynn explains, “with a shorter growing season than down in the lusher valley, and required much labor to sustain a family.” Over the decades, the hardscrabble farm yielded dairy products, eggs, cider, and maple syrup, as well as lumber. The main product was butter, churned by a machine run by a large dog and shipped to markets in New York City. All was much the same until 1960, when the farm, no longer active, was sold to hunters who used it in season.

Marilynn and Ivan Karp bought the place in 1964, after searching through several states for “a country house where we could sit on a long porch facing an unspoiled view of mountains.” The farmhouse was in bad repair, so the Karps immediately set about making it habitable. “The interior was a wreck; 22 layers of wallpaper and newspaper used as insulation hung from the ceiling, and a dismembered piano sat in the kitchen,” Marilynn says. “The cast-iron tub spanned the doorway from bath to bedroom—we had to step into it to cross the threshold.” 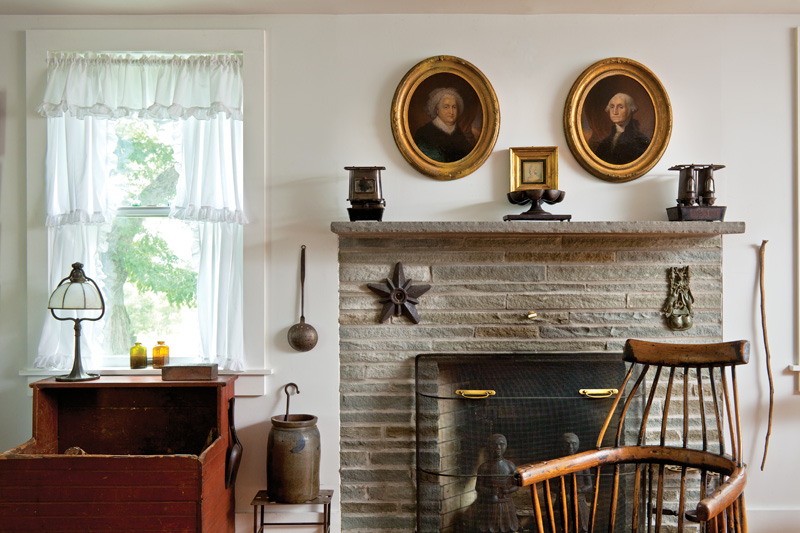 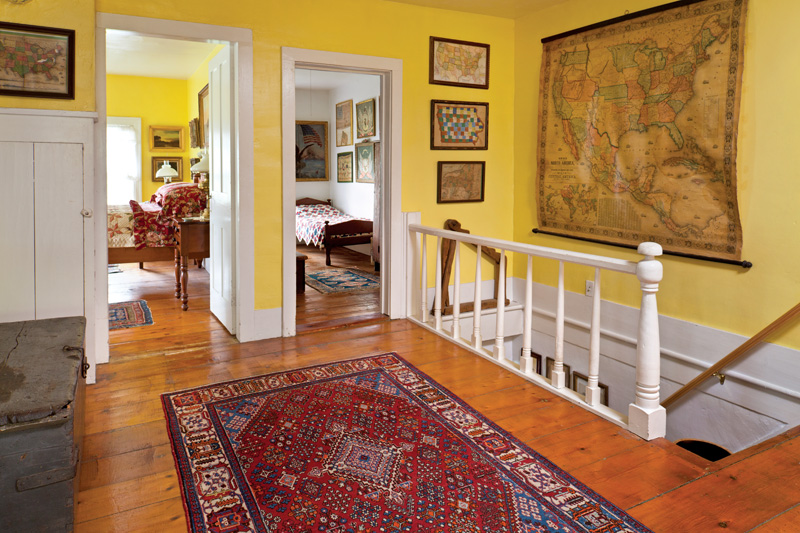 With renovations underway, the couple’s focus turned to acquiring objects from the local area to fill the house. Many of the things that attracted them, such as old choppers and washboards, were “just plumb worn-out,” yet fascinating in their design and often-outmoded utility.

They selected things “that brought us a joyful sense of contemplation, in some cases coupled with actual usefulness,” Marilynn recalls.

On the first floor, the couple created a large, open-plan room comprising a farmhouse kitchen along with dining and sitting areas. The space is furnished with sturdy, functional pieces, including primitive cupboards, Windsor chairs, an antique settle, and a country desk. The original native-wood floors gleam. A century-old worktable sits in the center of the kitchen area, where wine bottles can be uncorked and nuts shelled by devices clamped to the tables. 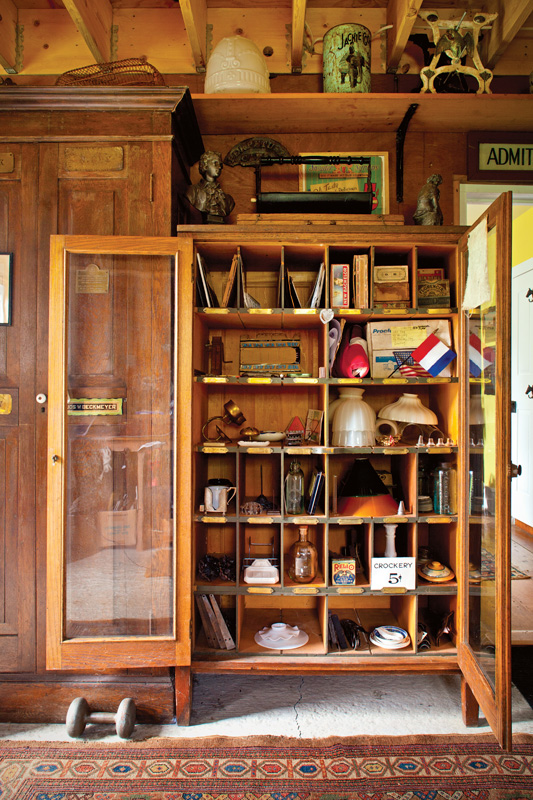 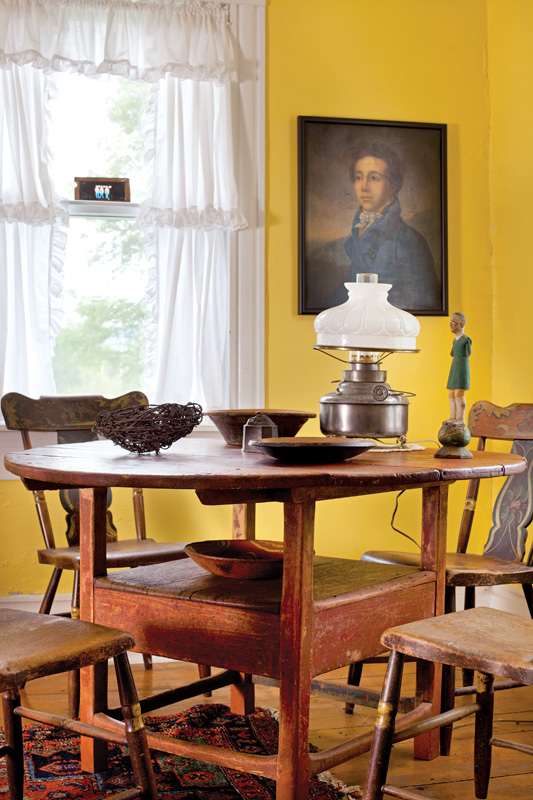 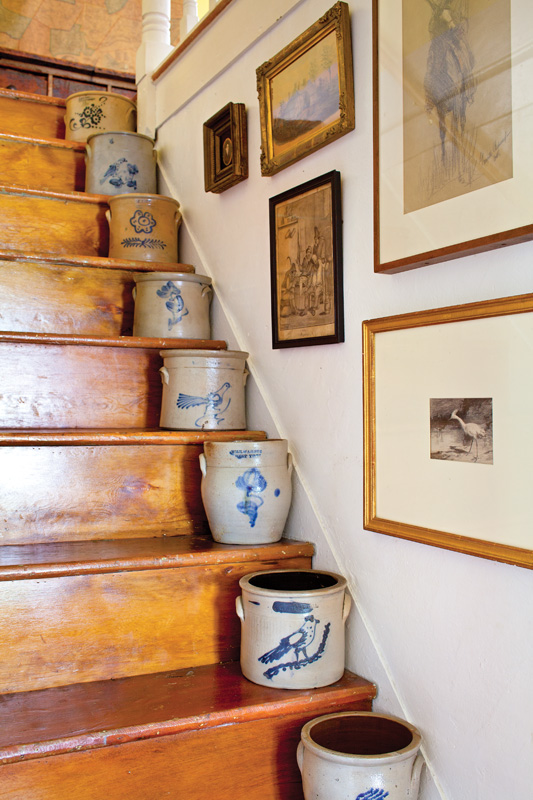 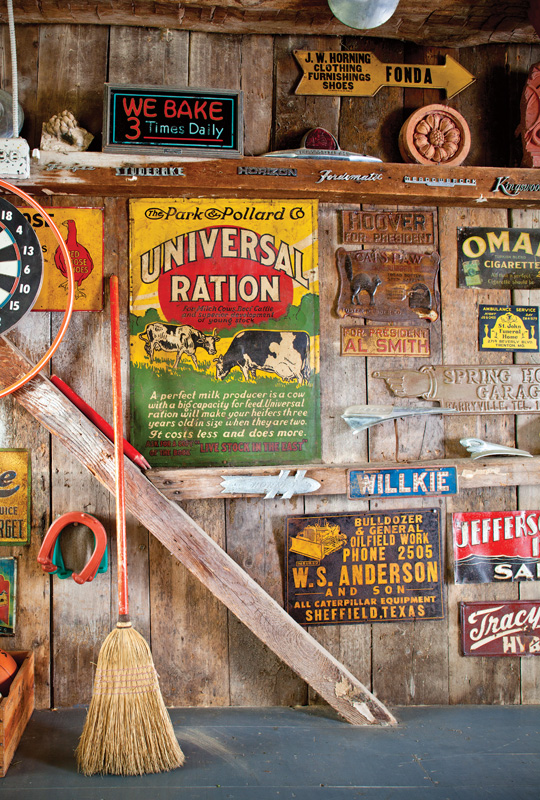 On part of their extensive acreage, the Karps created a terraced perennial garden bounded by high stone walls. For years the couple rescued architectural fragments from buildings that were being demolished in New York City, and they incorporated some of them in the gardens. Other fragments are displayed in a small private museum the couple created in a former store of the quiet hamlet.

For Marilynn Karp, collecting is a calling. She “scans the past, trying to prevent irreversible elimination.” The finds are less frequent now, but she says she still enjoys the adventure of searching for objects of utility that inspire wonderment, and that share kinship with works of art. 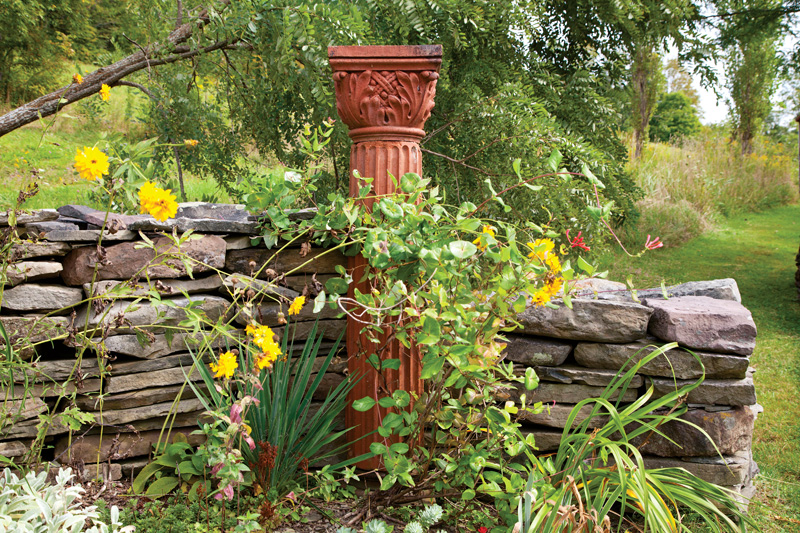 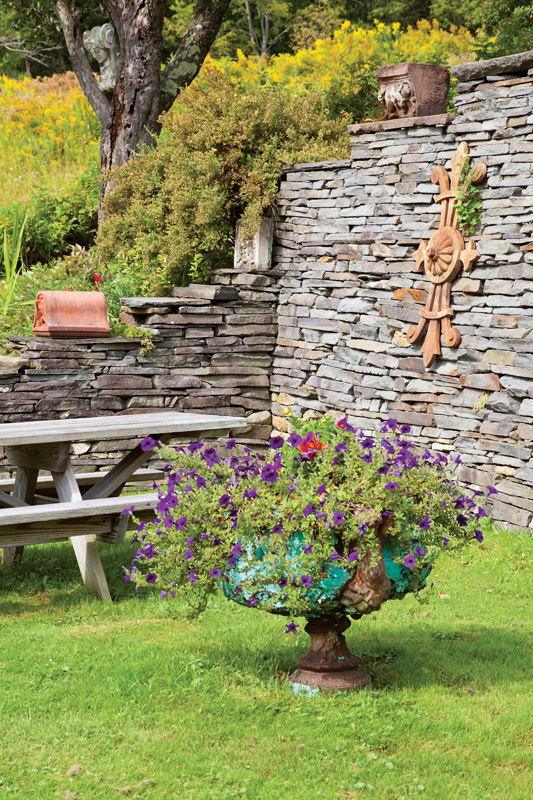 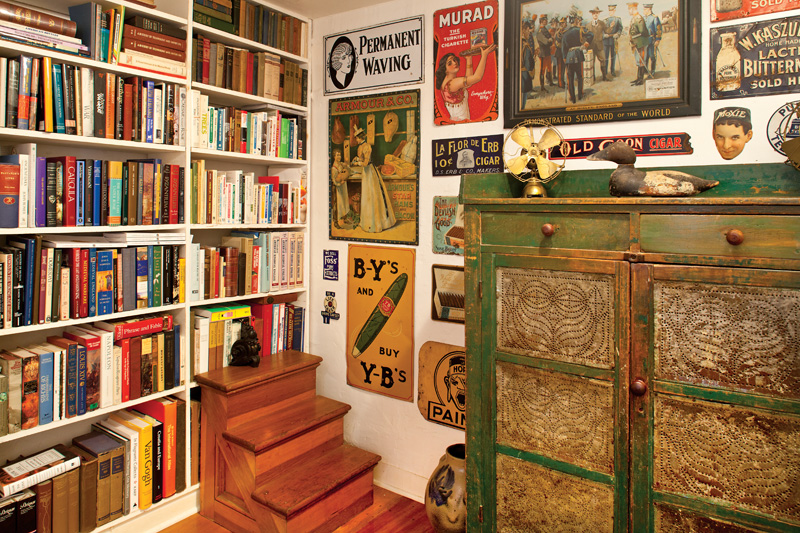 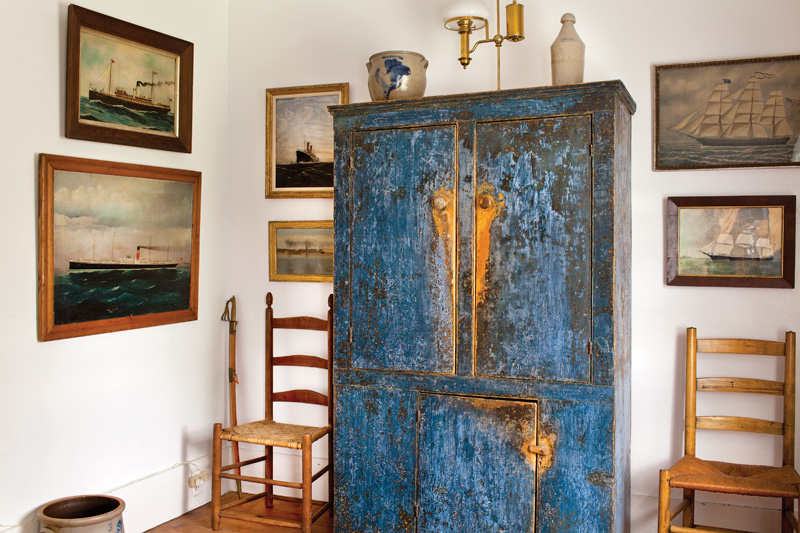