Seeking to escape Manhattan’s hot and humid summers, several wealthy German immigrants got together in 1889 to create a vacation colony upstate. They purchased 115 acres of cleared land in the cool forest of the northern Catskill Mountains. Between 1889 and 1895 they built 22 summer homes. They called the colony Elka Park, from the letters L and K in The Liederkranz Club. (The New York City group is still active today, supporting music and the arts.)

The elaborate Victorian Clubhouse was for suppers and social events; it also had rooms-to-let for visitors. The building was lost to a fire in 1949 and replaced a few years later with the building that still serves as the community’s social center. To preserve the mountain views, Elka Park subsequently expanded its holdings to 1,100 acres—yet no additional homes were built for a century, and the area remained much the same.

Today, the spirit of Gemütlichkeit—the notion of belonging, good cheer, and lack of anything hectic—is still the focus at Elka Park, even though very few of descendants of the original German families remain. With dinner dances, picnics, parties, and children’s events, the active social season stretches from June, when the woodlands are in bloom, until Labor Day, when leaves blow across the winding roads and nights demand heavy sweaters and a blazing hearth.

One fanciful Victorian house here, built in the 1890s and topped with a cupola, was called Ciel Terrace. Perched on a steep slope, it seems to float in the sky. Later it was nicknamed “the Ferry Boat House” for its cutout balustrades and the round windows on the upper story. In the 1920s, the second owner enlarged the house, having made a tidy fortune selling his patent-medicine business to DuPont. He added a dining room, expanded the kitchen, and put more bedrooms on the second floor. But the house was little changed otherwise, and continued to be used only in the summer. 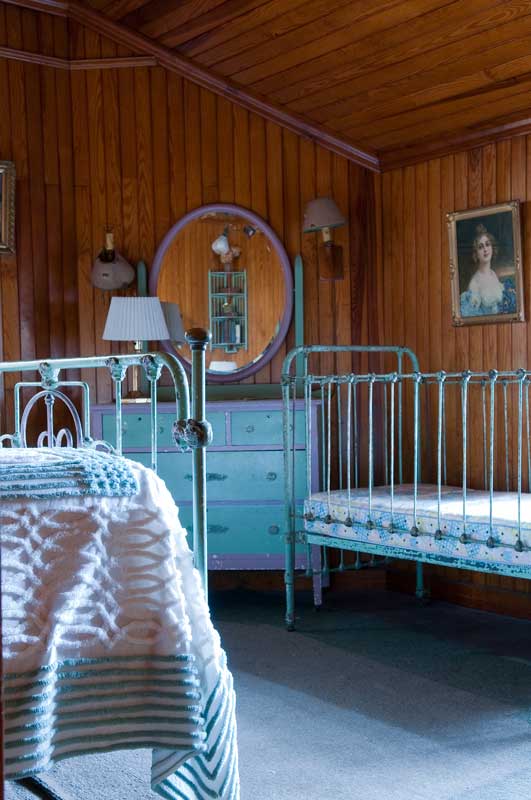 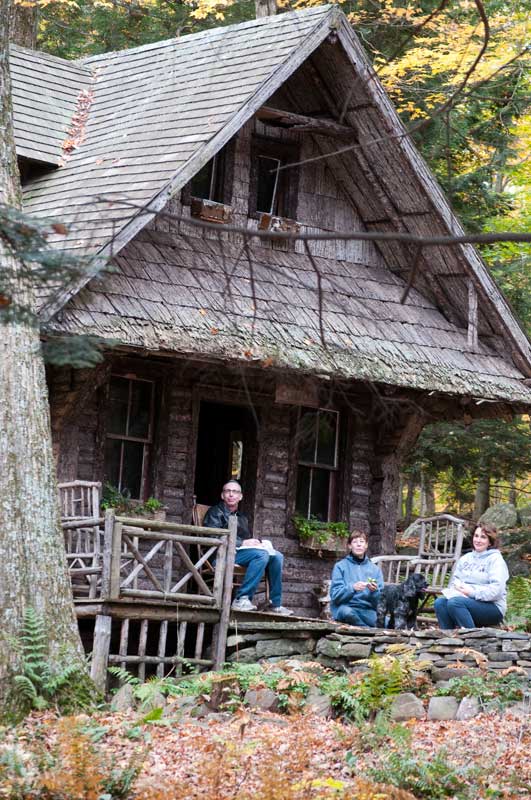 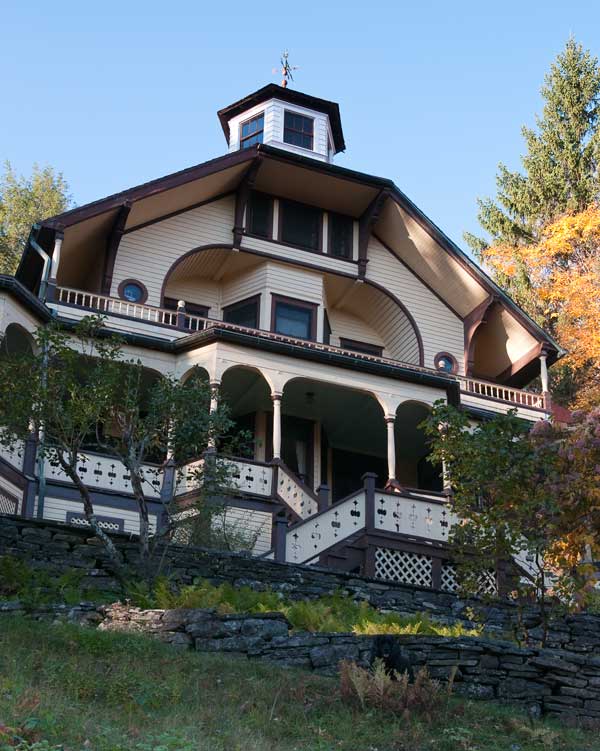 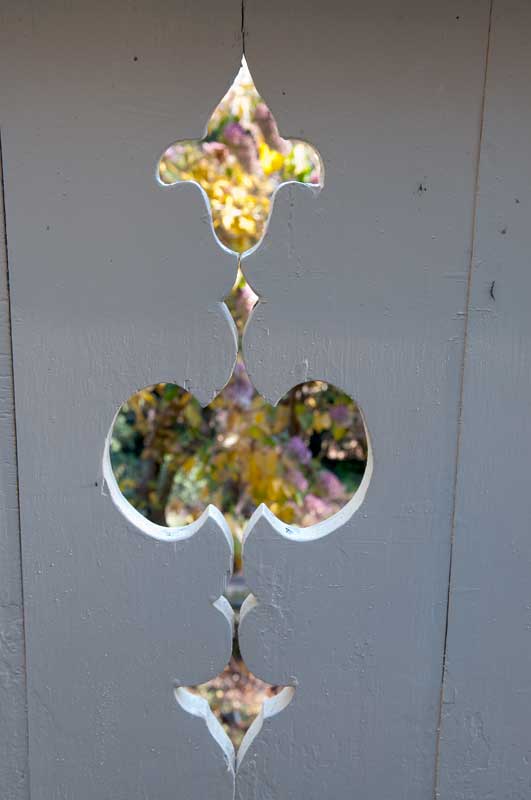 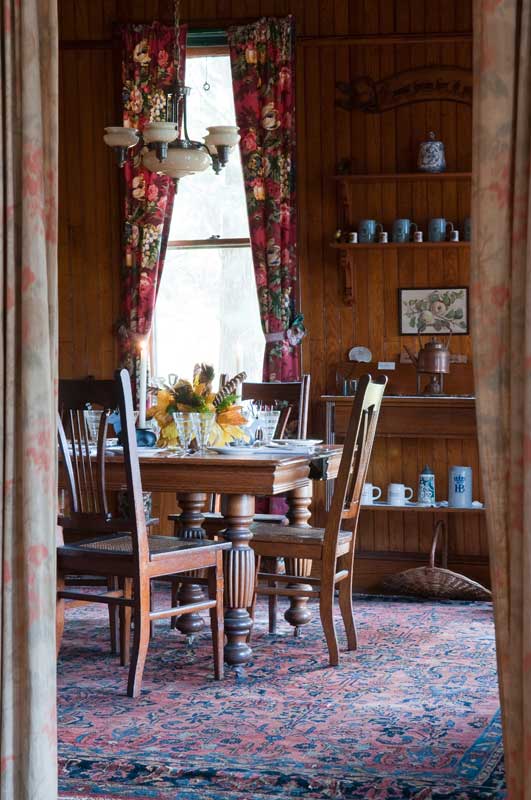 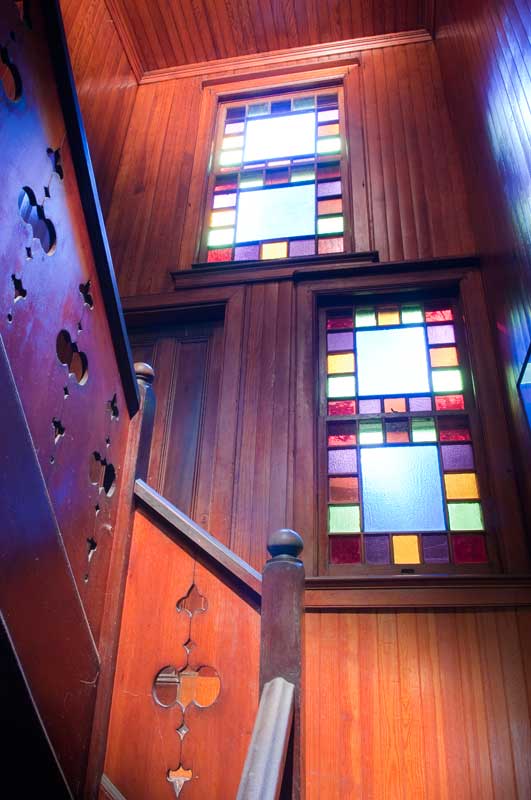 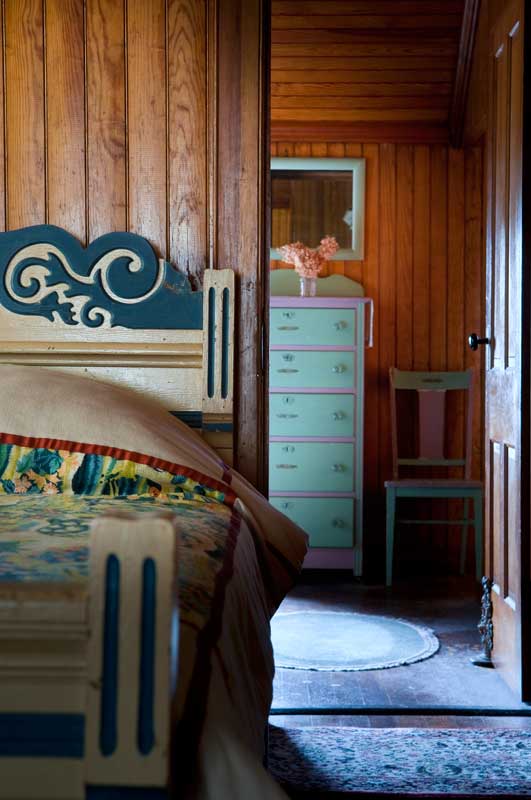 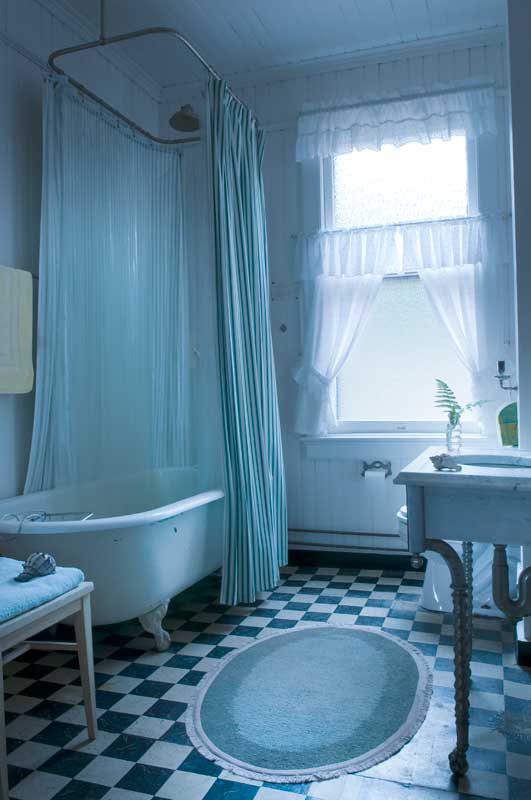 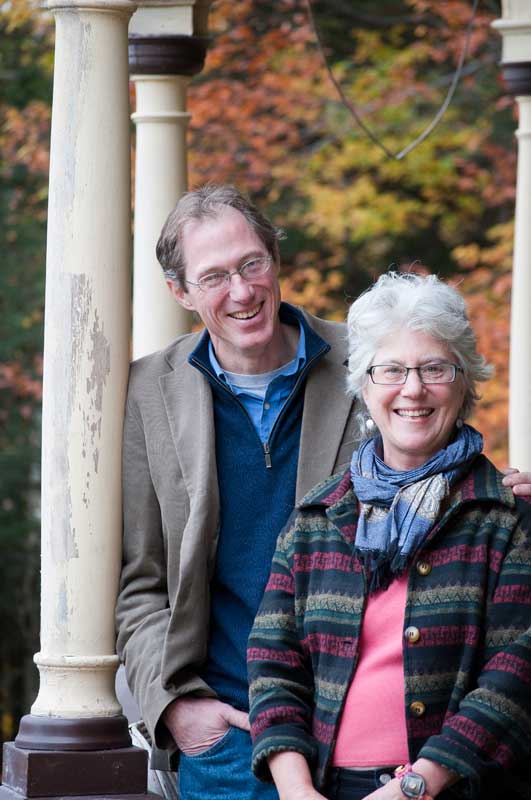 Fifteen years ago, Archie Perkins bought the property from his father, Charles Perkins, who had purchased it in 1959. Recognizing its rustic charm, its history, and its near-original condition, the Perkins family has been faithful in maintaining the house. Today the wide, open-air porch still runs the length of the north façade, and the sweeping view of the Indian Head Mountains and Plattekill Clove (i.e., “canyon” in Dutch) is unaltered. Paneling and woodwork in yellow pine has never been painted, and has aged to a golden hue. Pocket doors, the pebble-stone and brick fireplace, and colored-glass windows in transoms and stairway beckon and delight with the idiosyncratic charms of the late Victorian era.

Long after indoor plumbing was brought to the house, the lead-lined water tower in the cupola remains undisturbed. The cupola is a good place to bring a cup of coffee to watch the morning mist rise off the mountains. Many of the furnishings from the first two owners came with the house and have been kept by the Perkins family, so rooms still have a Teutonic air: the dining room has its cuckoo clock; humorous sayings in German are framed and hung on the walls; beer steins sit on the mantel. Even the textiles—oriental rugs, tablecloths, and bedspreads—date to the 19th and early 20th centuries. The house also holds Perkins furniture and family photos. Archie’s wife, Susan Kukle, has added her floorcloths and paintings.

Upkeep is ongoing. Most of the framing and the decks have been repaired or replaced. (Archie remembers that these tasks occupied his college summers.) The porches suffer frequent rot and decay from the severe winters, and the exterior requires repainting every few years. Archie sticks with the straightforward Victorian paint palette that’s original to the 19th-century house: ‘English Ivory’ is the body color, ‘Tudor Brown’ covers the trim, and greenish ‘Silver Pine’ is used on the porch ceiling. (All colors are from Benjamin Moore.) The mortared bluestone foundation is currently under scrutiny, as the house continues to settle into the soil of clay and shale. The house’s pitch on the mountain slope has gradually increased. Fixes under consideration range from rebuilding and reinforcing the foundation section by section over time to moving the house to a different location and onto a new foundation.

Hiking paths wind through Elka Park and into the surrounding forest. A rustic Wald Kapelle, or forest chapel, remains in a wooded glen; it was built as a rest stop where men could slip away for schnapps and cigars over a game of cards. The chapel is open to all these days, and it’s the center of Founders’ Day festivities in August. Meantime, Ciel Terrace fills with family and friends nearly every summer weekend, along with good music (Archie is an accomplished pianist) and good food (Susan is an excellent cook). As intended, the house is still all about guten Zeiten: good times.