The Queen Anne house on a corner lot in Portland is transitional, not High Victorian, as it was built after 1900. Still, the wide veranda encircles a tower; its rooms boast pocket doors and plate rails.

Audry and Chris Bond soon realized their Danish Modern teak wasn’t going to fit—and they didn’t know much about the Victorian era. It was in those early days reading books and poring over magazines, visiting antiques shops, and meeting collectors that the homeowners fell in love with Victorian ornamentation and the era’s rich palette. 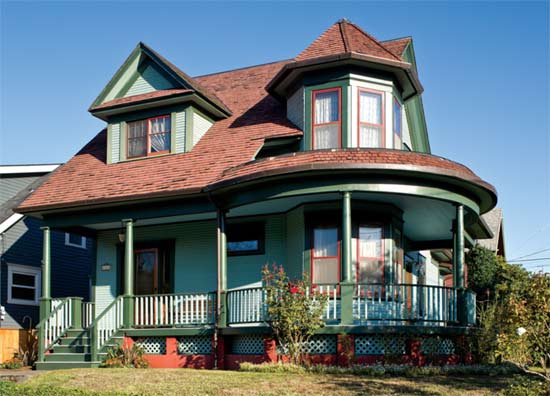 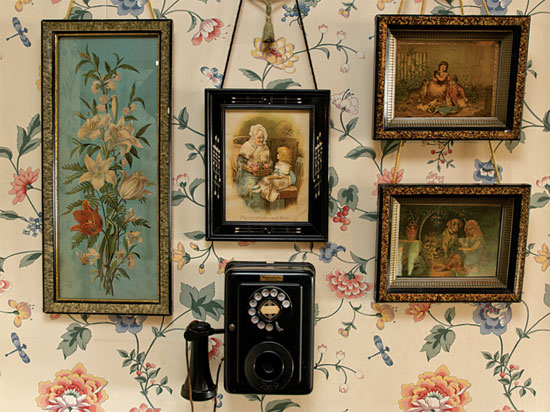 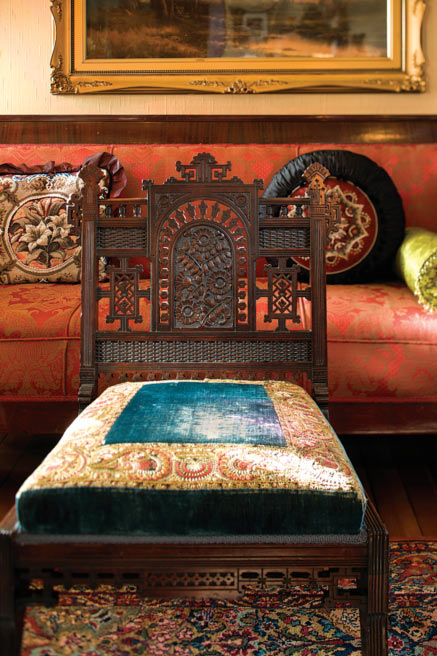 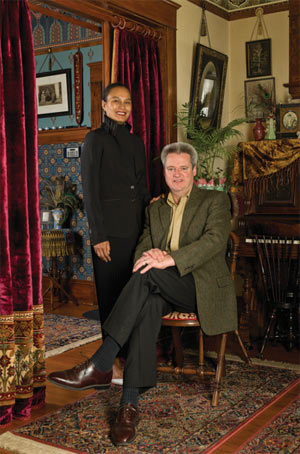 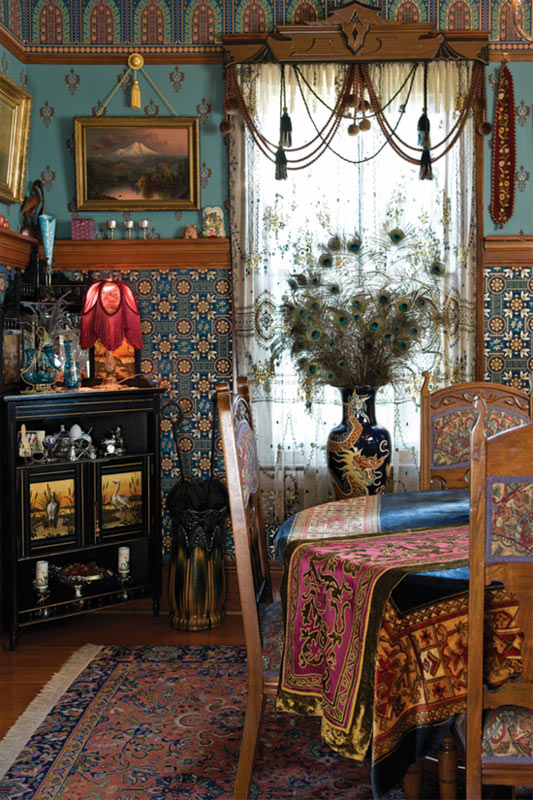 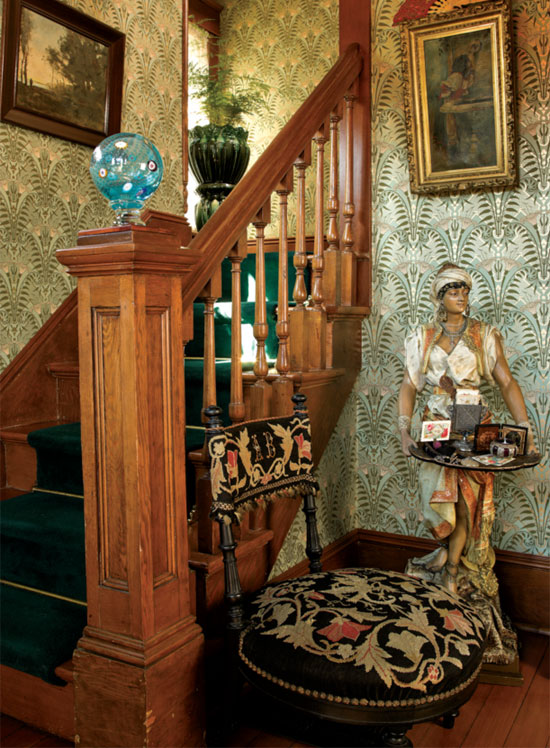 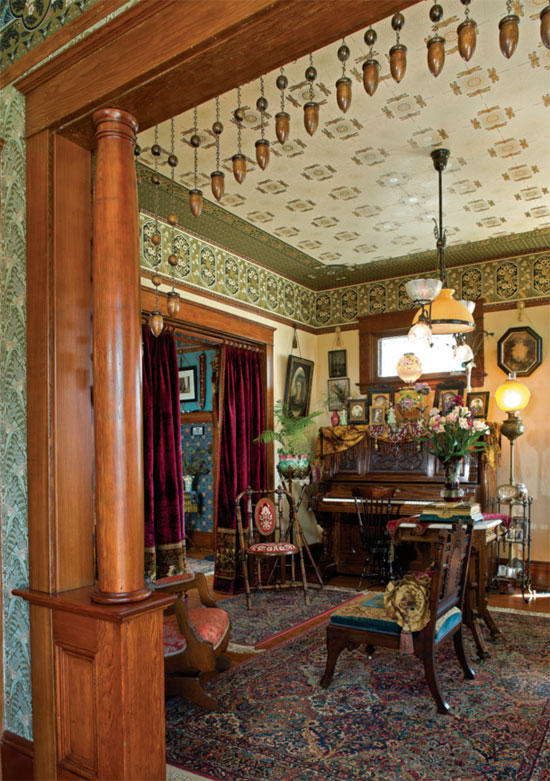 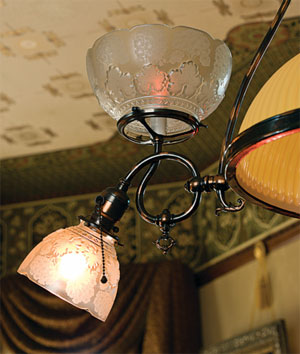 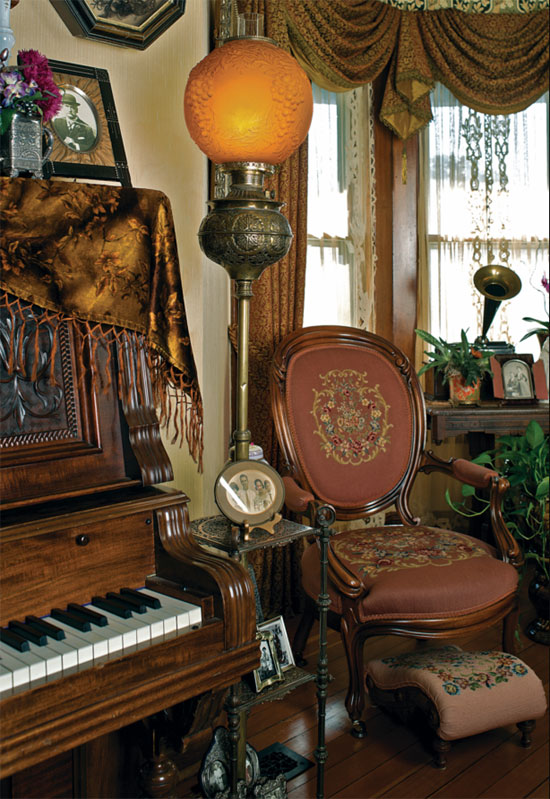 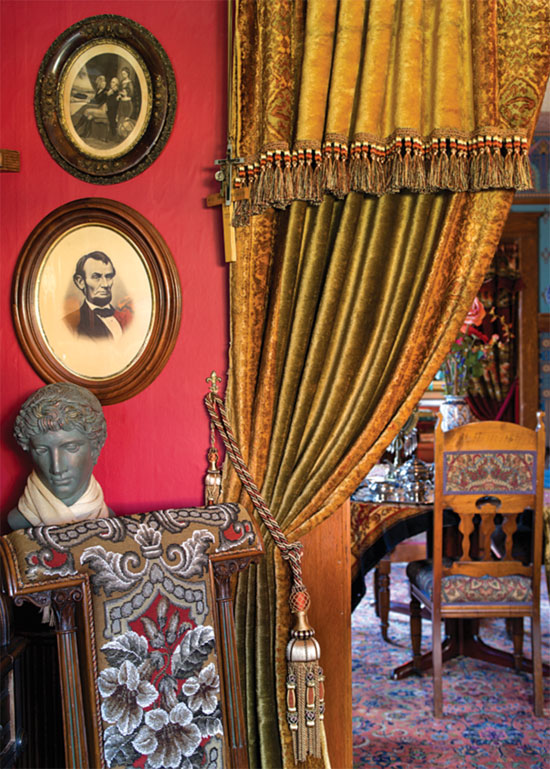 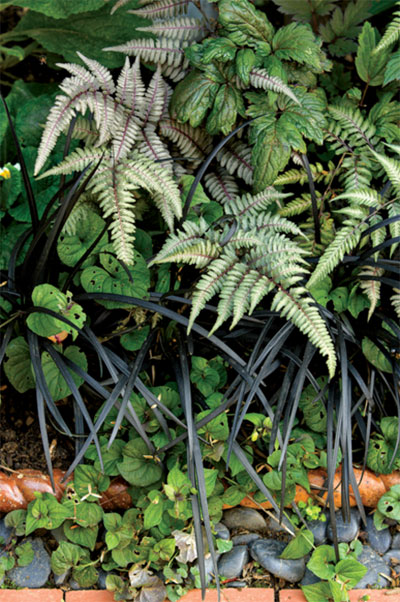 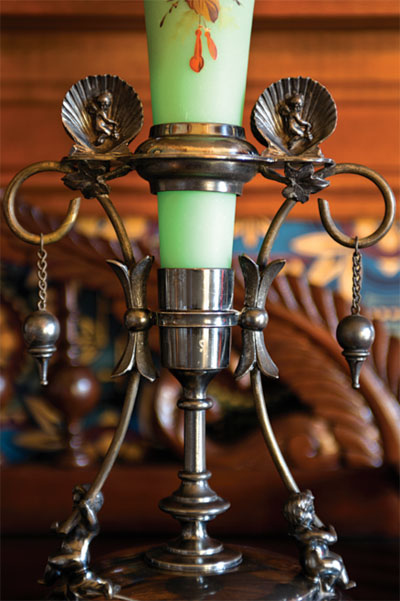 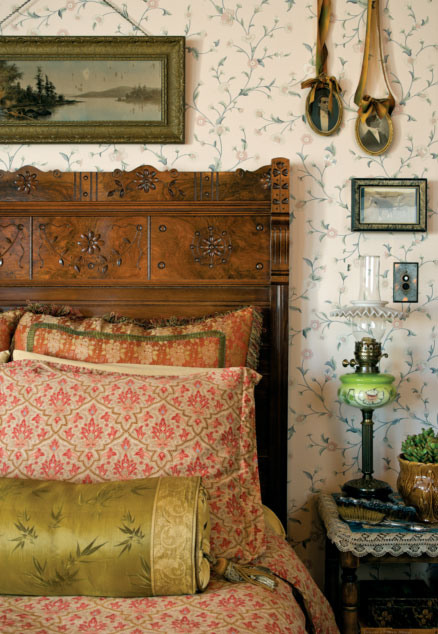 The house, long subject to indignity, retained its original floor plan, staircase, moldings, and broad windows. On clear summer mornings, the master bedroom has an easterly view of the sunrise over Mt. Tabor.

The couple spent nine months patiently stripping woodwork with heat guns and dental picks to liberate the warm fir from its coating of antiseptic white paint. They knew that a set of room-dividing fir columns had been removed between entry and parlor. Audry made a lucky find while out antiquing: an exact match to replace them.

Then the Bonds discovered Bradbury & Bradbury’s art wallpapers. For the parlor, they chose the ‘Eastlake Frieze’ in Aesthetic Green from the Victorian Anglo-Japanese room-set, noting that the paper’s sunflowers and swallows complemented a gold silk paper they’d hung on the parlor walls. The dragonfly and spider ceiling paper is called ‘Gossamer’; it lights up when the Japan-finished combination gas-electric ceiling fixture is on.