The Stephen Bryant house, a 17th-century Saltbox, is in the Historic District of Plympton, Massachusetts, which, during the 1600s, was part of Plymouth (where the Pilgrims landed). This area became known as Plympton in 1707. We believe that our house is in the oldest village in the country with all its original dwellings still standing.

Stephen Bryant sold his house in 1703 to Dr. Caleb Loring, the town’s first physician. His son, Thomas Loring, served as a captain during the Revolutionary War. Then, in the mid-1800s, the house was owned by a Charles Wright, who served in the Civil War and was shot seven times—and survived!

My husband, Bob, and I bought the Bryant House in 1991, from a California couple in the process of making it contemporary. They had already painted the ancient paneled fireplace wall and were planning a deck with sliding doors. We got here just in time! 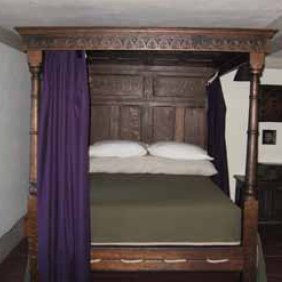 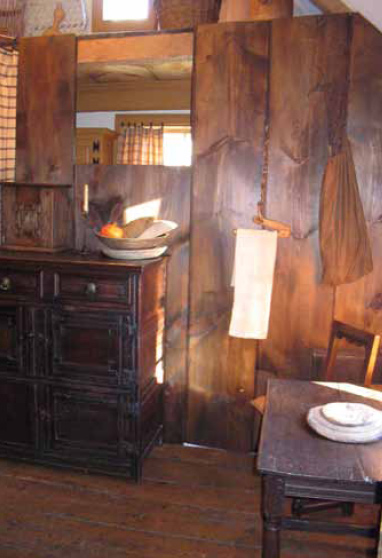 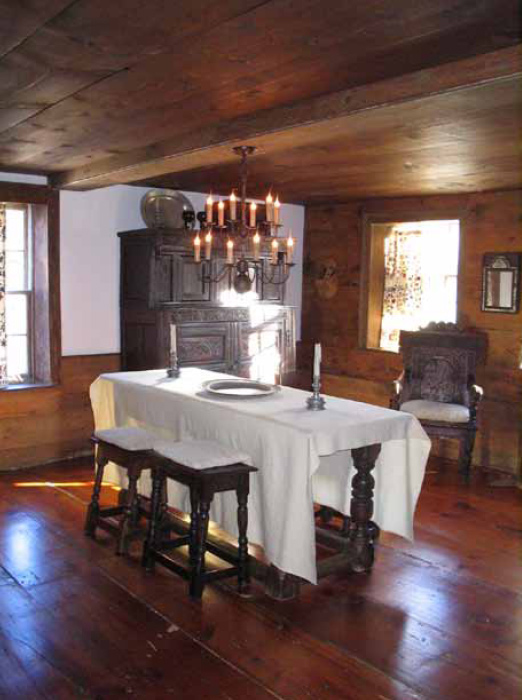 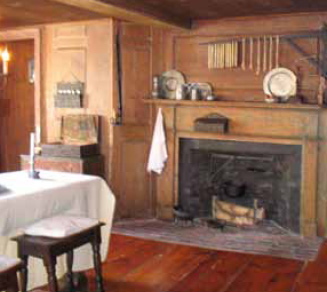 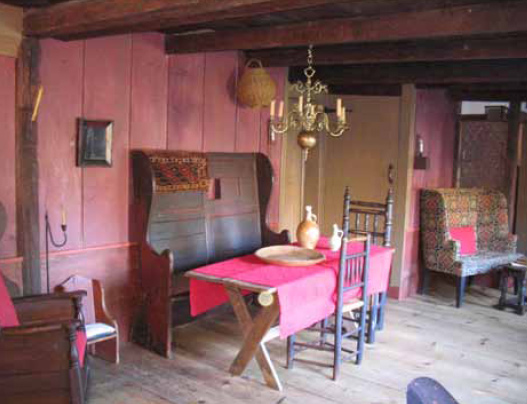 I remember driving by this house when I was a child. I had to save it. Bob and I previously lived in an 1840 Greek Revival house that we restored. When we moved here, I was asked to join the Massachusetts Historical Commission, and I’ve been on the Board ever since.

This isn’t a museum: We use everything. Our beagle and a black lab have the run of the house. We’re always asked if the house is haunted: no. But Bob is a direct descendant of William Brewster, who arrived in Plymouth aboard the Mayflower in 1620. As for me, I was born in the wrong century—should’ve been 1646 instead of 1946. This house was meant for us, and we love living here.

Like many early dwellings, the house is dark, but it faces south, and by springtime sun streams through the old windows. June is its best season, when our herb garden, planted with 17th- and 18th-century varieties, is beautiful, and the early-19th-century lilacs bloom.

For a while we had an antique bed in our room, but it was from the wrong time period for the house. We decided to commission a replica 17th-century bed, working from a photograph in a book about early furniture.

The bed was made by Rob Tarule, a master joiner and former Curator of Mechanick Arts at Plimoth Plantation. He is in Vermont these days, producing 16th- and 17th-century pieces, using the same materials, methods, and tools that were used for the originals. We waited seven months for the bed, but the wait was so worthwhile.

The I House in Rural America