As you shop for that elusive sofa or settee for your early rooms, keep in mind that seating was a luxury only the well off could afford in our colonial days. The humblest and most common place to sit was a wooden bench or occasionally on a chest. In the absence of any other furniture, either might double as a place to sleep.

The bench, of course, has a history lost in time. As a furniture form, benches are distinct from chairs, which from medieval times were reserved for those of high status. It is also a forerunner of three more types of seating: the settle, the settee, and that modern essential the sofa.

Early versions of the bench range from crude seating slapped together from a plank of wood with side supports to variations that included squared or splayed supports, or solid ends with ogee-shaped profiles. Fancier benches had individual legs that were turned, chamfered, or square. The apex of early bench styling is probably the Windsor bench, skillfully made by a cabinetmaker with stick-and-socket joinery, or the spare yet meticulously crafted benches of the early 19th-century Shakers. 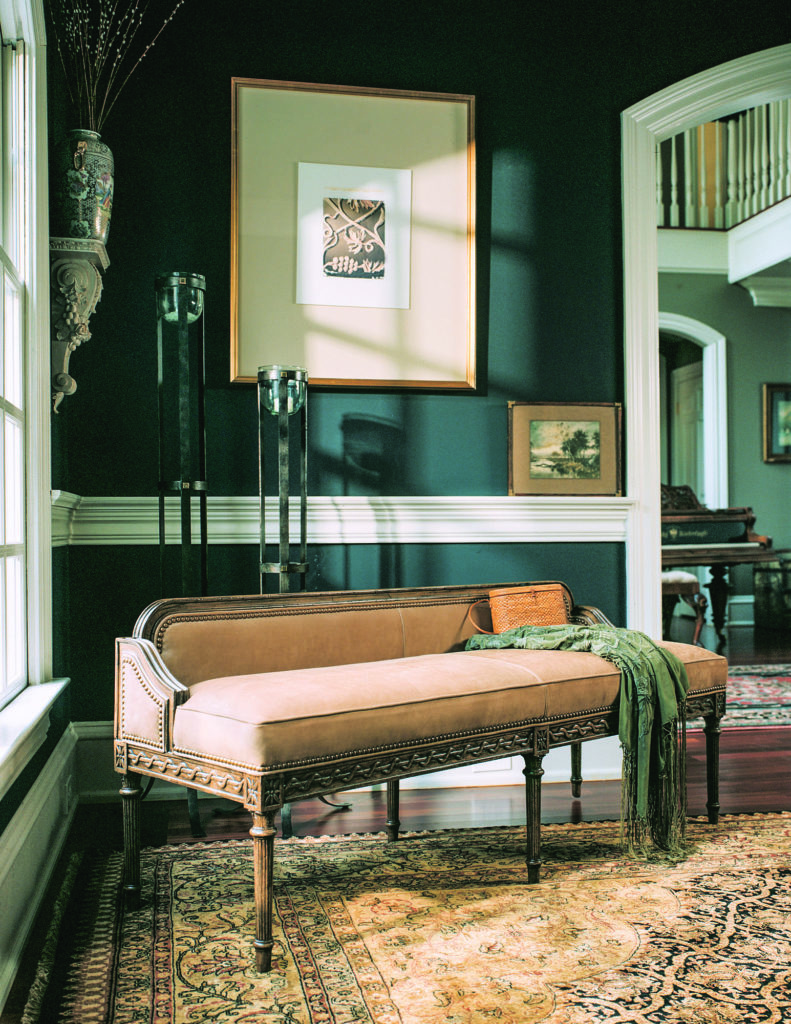 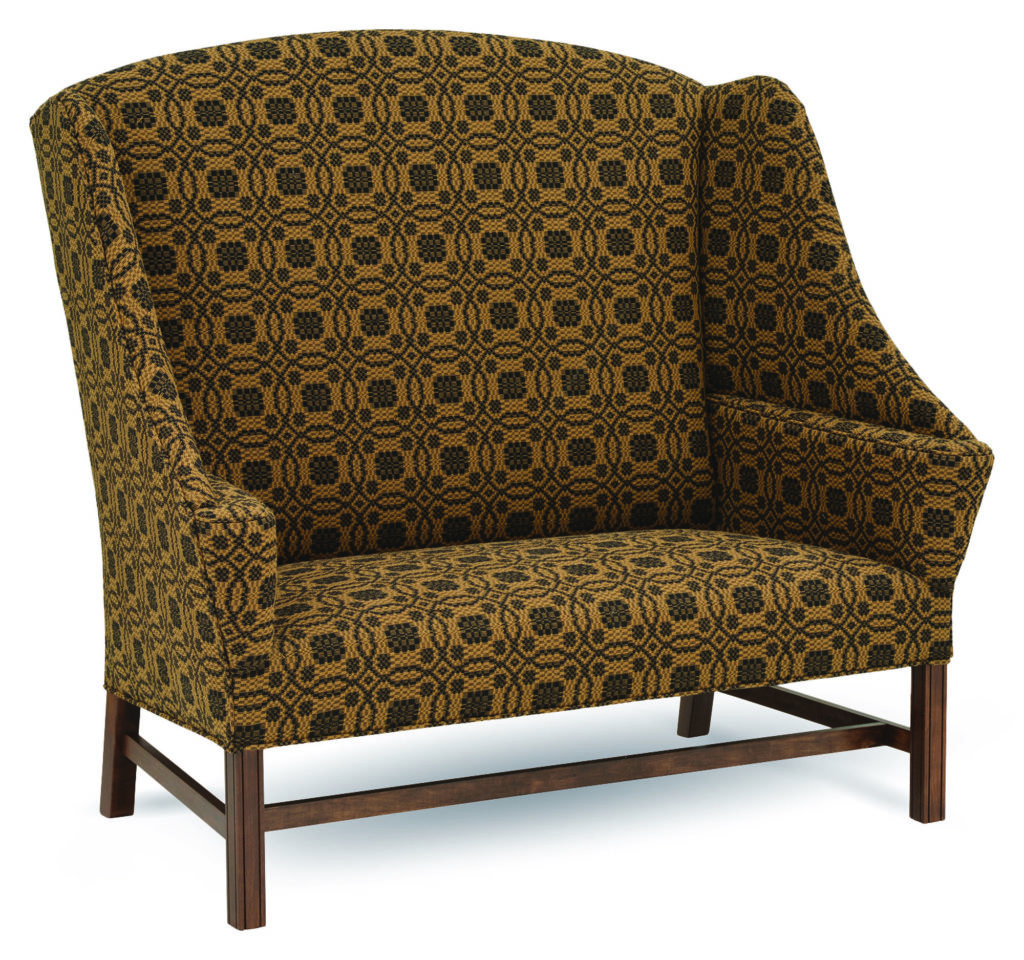 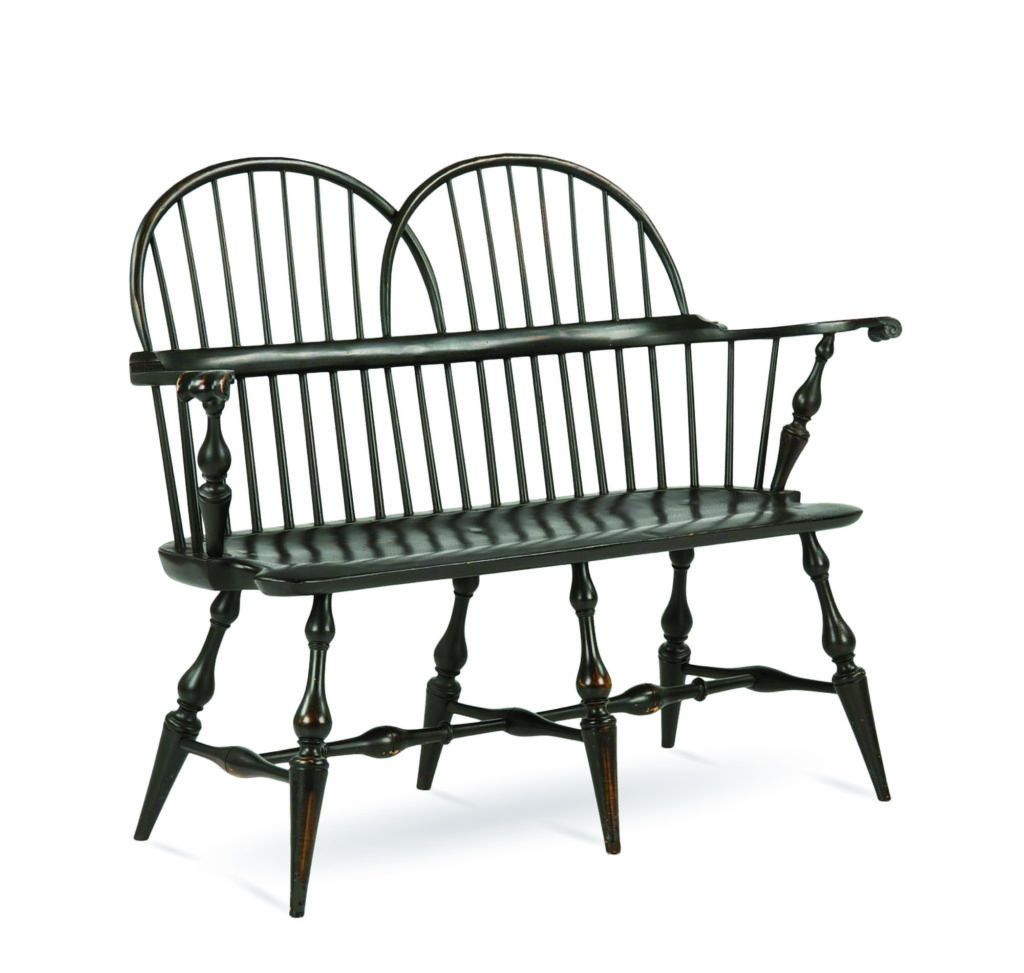 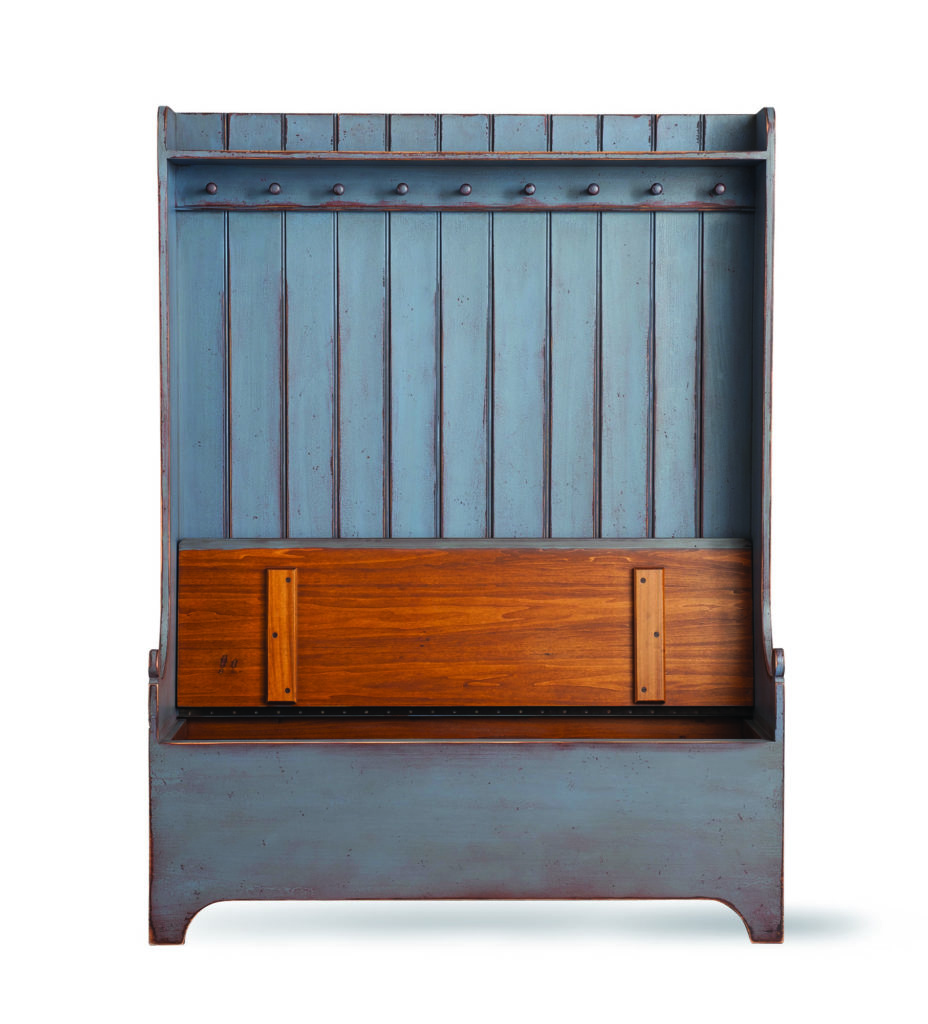 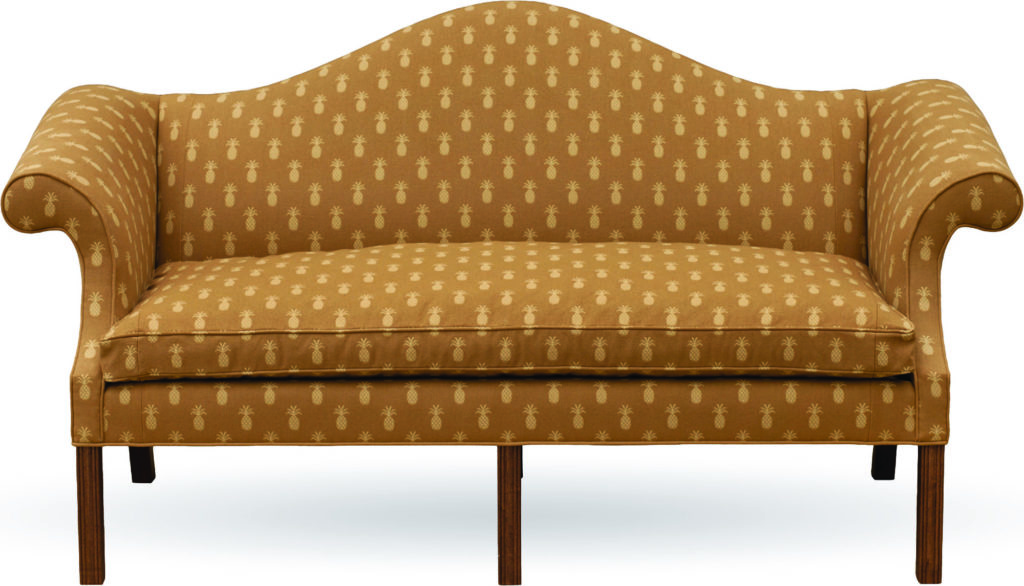 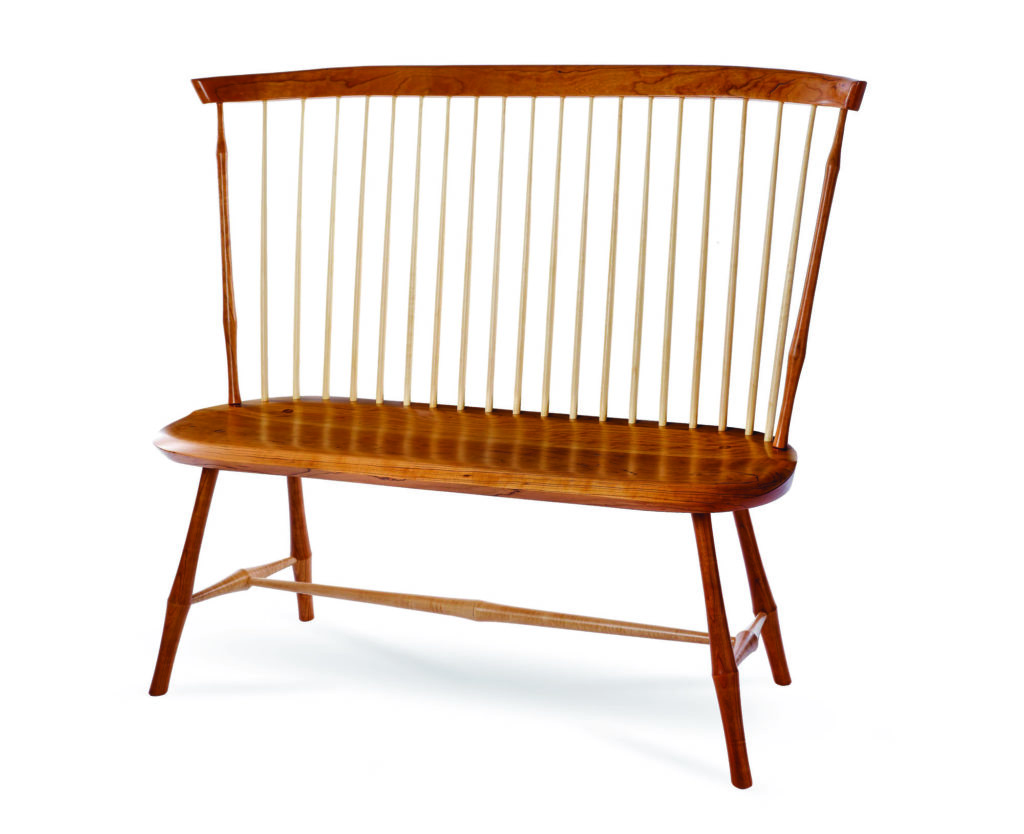 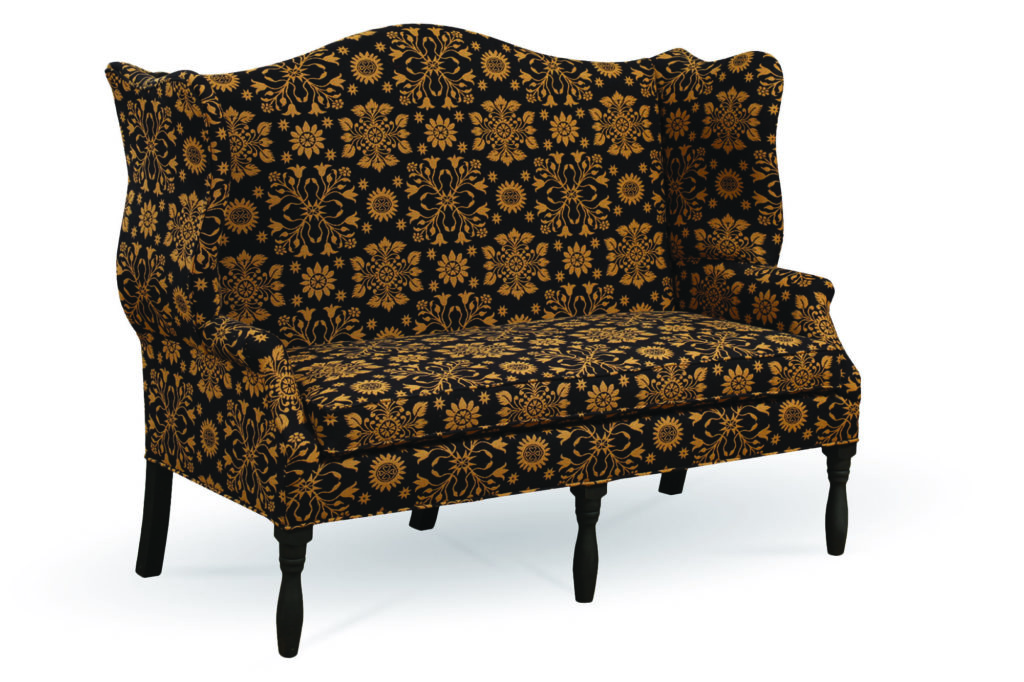 The settle is a more evolved and comfortable version of the bench. In use for over a millennium, a settle is a wooden bench with additions: backs, wings, side arms, even hoods—all important for added warmth in cold climates. There were settles with arms and a low back; settles with high backs and enclosing wings rather than arms; and settles where the high back converts to a table (or even a bed) when pulled down. High-backed settles in the late 1700s and early 1800s often had a lift-up seat over a storage box, occasionally even drawers. Both the back and sides of a settle are typically paneled or decorated in a style that depended on the origins and taste of the maker.

Fancier versions were supplemented with leather upholstery tacked on with nails, or came with slanted backrests. Owning a settle was a status symbol in early America, but late in the 18th century, the more prosperous classes began relaxing on a type called a settee.

Like the settle, a settee usually has a back and arms. Unlike the settle, it is often upholstered or padded on the seat, back, and arms. Some furniture historians argue that the settee is a double version of a chair; high-style settees certainly follow the same formal styling on arms and legs as fashionable chairs of the day. Other settees lean more in the direction of benches, especially those in the Windsor style popular in the second half of the 1700s and early 1800s.

What defines a settee is its sense of lightness. While some are upholstered, a true settee has uncovered, fairly high legs, open sides, and slender arms.

The sofa took comfort to a new level through its emphasis on upholstery. Where the structure of a settee is usually quite visible, early sofas depended on hidden forms like front aprons and cabriole or serpentine backs to support upholstered seating. Many are graceful, without the high backs associated with either the settee or the settle. And where settees often had partially open or spindled backs, most 18th-century sofas offered the luxurious touch of a closed backrest.

High-style sofas followed the details of the day. A Federal-style sofa, for example, might be trimmed with woodwork featuring reeds or swags, while a scroll-ended Empire sofa borrowed the bolsters familiar from the daybed.

Early American designs declined in the mid-19th century as the upholstered sofa became an essential piece. We have the Colonial Revival of the late 19th and early 20th centuries to thank for bringing back the best examples of early seating, many still in production today.

This form undoubtedly dates to Roman times or even earlier. The Romans did everything in bed, from eating and socializing to running provinces and empires. The daybed is also the ancestor of the much later couch and the chaise longue (long chair). • In 18th- and 19th-century America, this was a true bed, usually single, with a headboard and footboard of the same height. Intended to be placed lengthwise against a wall, the neoclassical daybed was more highly ornamented on the exposed side; bolsters served as armrests at either end. Useful for seating during waking hours, the daybed easily converts to a sleeping space for a nap or at night.

In Terms of Seating
bench A usually backless, elongated form of hard seating, often simply built of wood.
couch From the French word couche, it’s a place to lie down; the word is often used interchangeably with sofa today.
daybed A single bed with a headboard and footboard of the same height, which may be used for daytime seating with the addition of pillows or bolsters.
divan A low sofa without arms. The term originates in the Mideast, where long, low benches without arms or back were built in or placed against a wall.
settee A small sofa with uncovered, fairly high legs, open sides, and slender arms.
settle A wood bench with a high back and arms, popularized in the 1600s and early 1700s, and revived during the Arts & Crafts era.
sofa An upholstered seat for two or more people, with a fixed back and arms.