I will always remember the built-in banquette in my grandmother’s kitchen. It was a narrow bench covered in shiny red vinyl, nestled up to the kitchen table, where I sampled cookies while doing my homework. “Banquette” derives from the French word for an upholstered bench placed up against or built into a wall. Whether for dining or gazing out a window, a banquette is intimate and casual. Banquettes have been popular since the French aristocracy put benches in their dining rooms and covered them with tapestry cushions.

Outspoken American decorator Elsie de Wolfe, who was famously fond of all things French, popularized “la banquette,” building them into libraries, parlors, and ballrooms (but not kitchens) for her well-to-do clients.

It was during the bungalow era that built-in seats became more common. Entire breakfast nooks with bench seats were built into the family kitchen, which was likely to be the domain of the housewife, no longer of servants. And of course, space-saving built-ins were used throughout the houses of the period—underneath windows, in fireplace inglenooks, alongside staircases. Bench seats often had hinged lids to accommodate storage. (Others were open underneath, sometimes with shaped brackets supporting them from below.) Seats with high backs created a sense of privacy, a room within a room. The popularity of banquettes continued for several decades, especially in the historical revival houses of the late ’20s and until World War II. 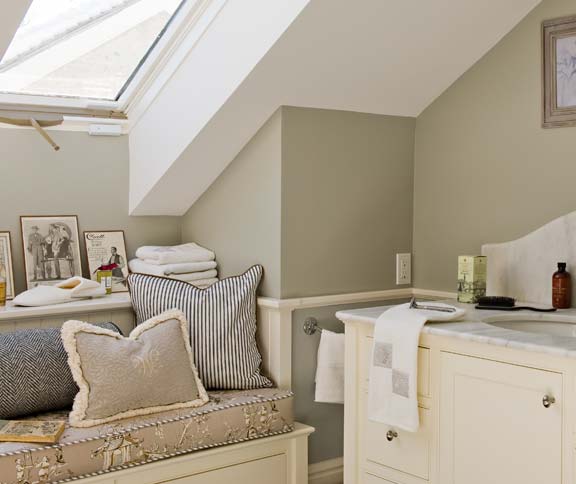 Think outside the kitchen if you want to add a banquette today. Several of the photos in this article show the work of designer Barry Dixon, who has used the idea to add elegance to an entry, a “secret hideaway” for children in an upstairs hall, and an upholstered breakfast nook in a pantry. Don’t limit yourself to straight lines, either. Curved and L-shaped corner banquettes soften spaces and bring unused areas back to life.