Manhattan newlyweds Carisa Mahnken and Jim Wangsness, beginning careers and short on time, asked Carisa’s father to scope out communities in suburban New Jersey to find a house for them. Her whirlwind tour, Carisa remembers, took place from a Friday to a Sunday. When she walked into this eclectic 1918 house—the one she ultimately purchased—it already felt familiar to both her and her father. Later, the self-taught interior designer would realize the floor plan duplicated the house she’d grown up in. No wonder it felt like home!

That was more than 20 years ago. Young couples were discovering Mountain Lakes, an enclave of Arts & Crafts-style homes built in the first decades of the 20th century by developer Charles Hapgood. Despite its impressive size and scale, this one needed a lot of work, beginning with peeling wallpaper on all three floors.

At that point, Carisa hadn’t even identified her style preference as Arts & Crafts. Steeped in the history of the community, however, she eventually took on a renovation approach that can be summed up in the not-unfamiliar phrase “What would Gus do?” (The home of Arts & Crafts pioneer Gustav Stickley is in nearby Morris Plains.) If she feels that Gus wouldn’t have used a material or a technique, Carisa doesn’t either. 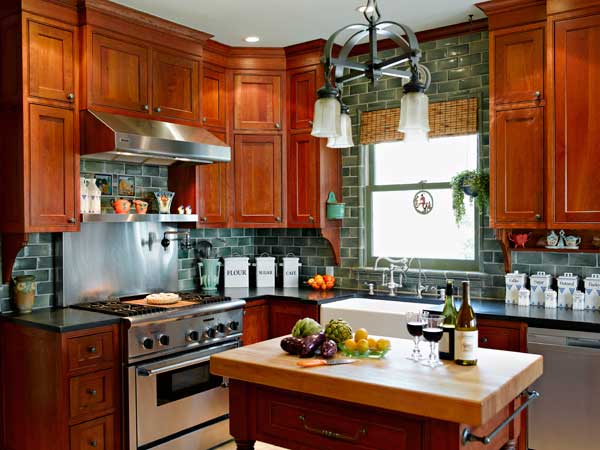 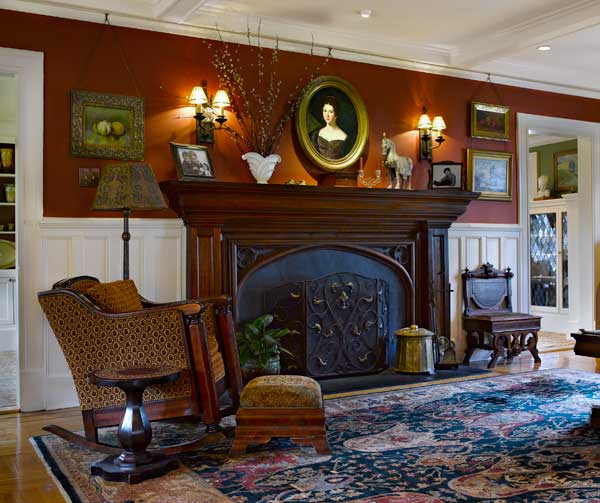 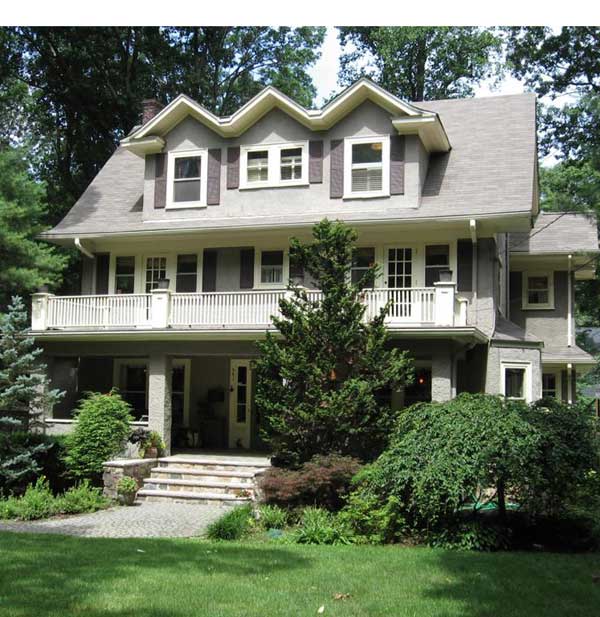 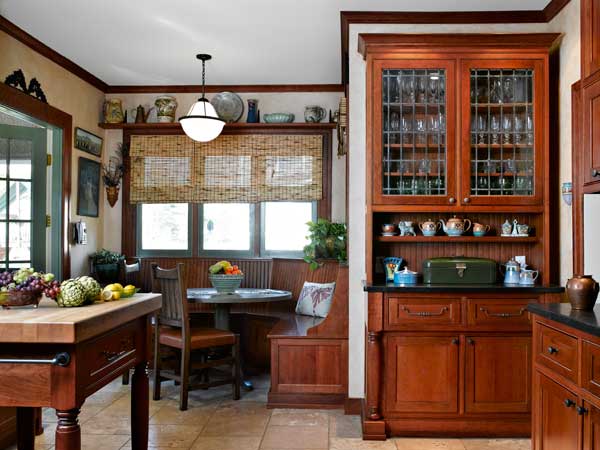 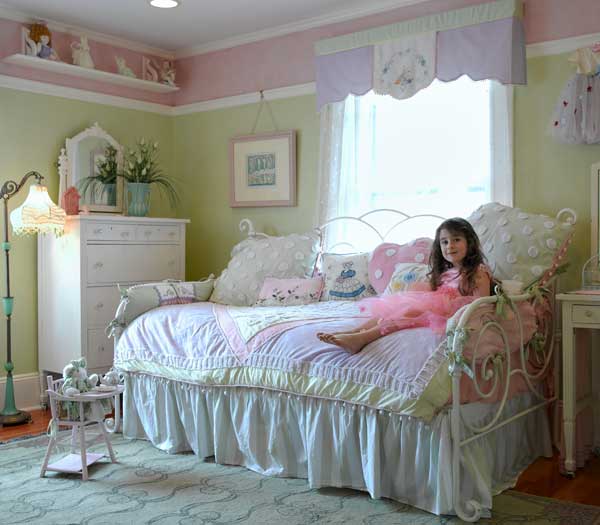 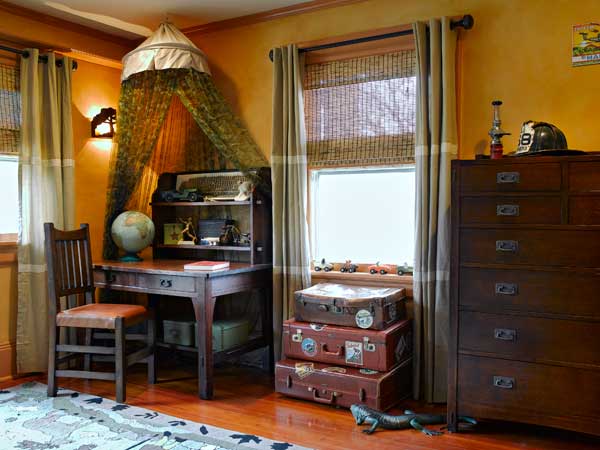 Her first major project was the kitchen, and that sped her transition from editor of a finance newsletter to interior designer specializing in historical renovations. “This first kitchen renovation made my reputation,” says Carisa, who was 26 when she moved in. “I drew it by hand on draft paper. I probably still have those sketches since my husband framed them at one point, he was so proud of me.”

A combination of new furnishings (anything upholstered, like sofas and most of the chairs) and old (including the dining room table and chairs, which were bought at auction) coexists in the main rooms. Carisa laughs that she got the 1920s chairs for a song and then spent a fortune reupholstering them with Kravet fabric (which has since been discontinued).

Special touches include the handsome, custom-built radiator covers, which are another hallmark of Mahnken renovations, and the completely reimagined fireplace mantel. What was there was original “but really ugly,” says Carisa. Cued by Tudor elements in the house, she adapted a piece of an old church door with trefoil corners, then designed and constructed a mahogany mantelpiece to frame it.

There was no opening from the living room into the adjacent family room, and this always bothered her: “It felt like something was missing.” She asked her carpenter to open up the wall on that side of the fireplace so she could see how it would look. As he pulled off the drywall, he uncovered a header over an opening with no studs: sure enough, there had been a doorway that was closed up at some point.

To hear Carisa tell her stories, she was expecting a baby during much of the renovation period. When she found the vintage oval pedestal sink (now in the guest bathroom) at a Pennsylvania salvage yard, she wondered how she’d get it back to New Jersey. “I was nine months pregnant, and the guy wouldn’t load it into my car!” Luckily, a couple of other patrons did the heavy lifting, and the piece made it safely home before her next precious delivery.