Because they were for hired hands and children (and later the housewife), the back hall and back stairs weren’t very fancy. Often with unadorned walls and bare floors, they were passageways that stayed out of the public areas. Most of us no longer have servants, and we use the back hall regularly. Look again at these forgotten spaces—they may be good for storage, or for quirky statements.

Color is an easy way to update a tired passageway. For soothing calm, consider something like Farrow & Ball’s Blue Gray, which changes with the light during the day, going from a diffused gray to a tinted blue. For the floor, designer Barry Dixon favors seagrass runners— they are durable, sound-absorbing, and neutral. 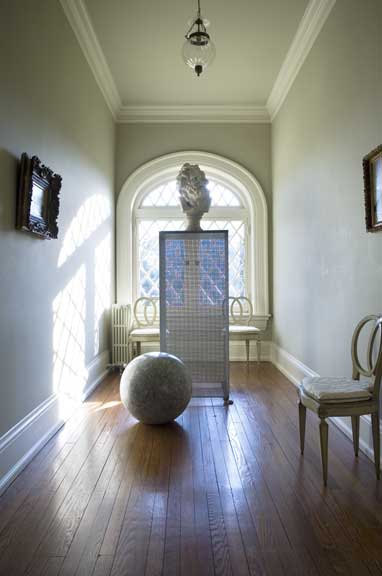 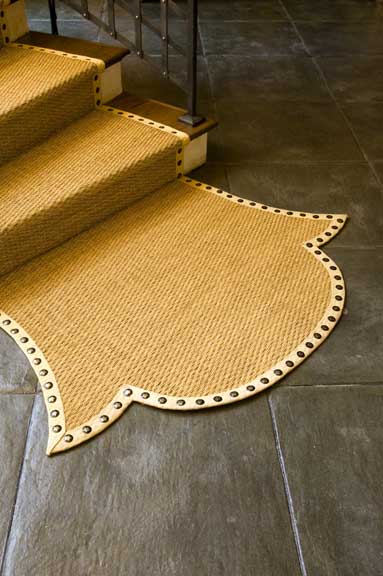 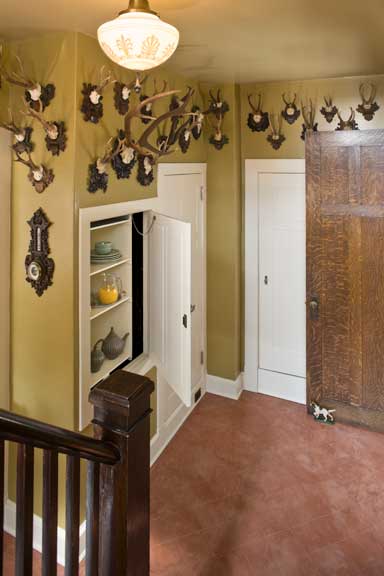 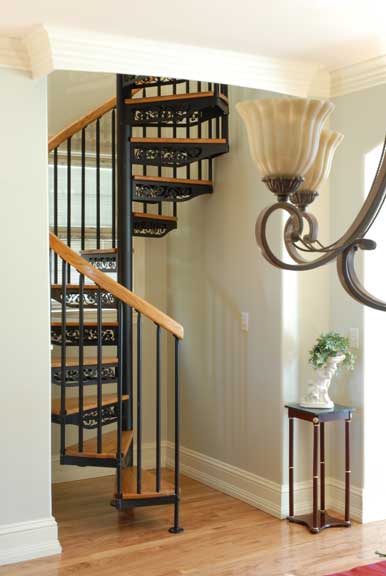 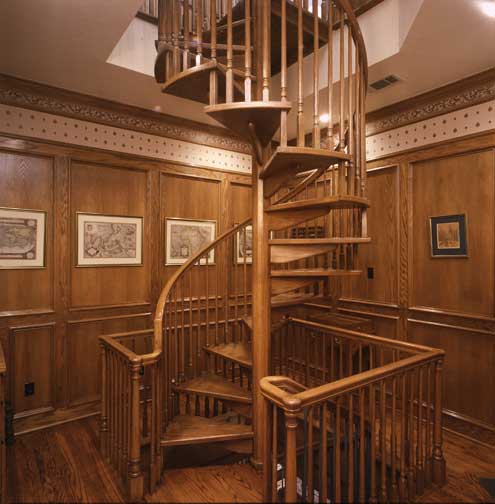 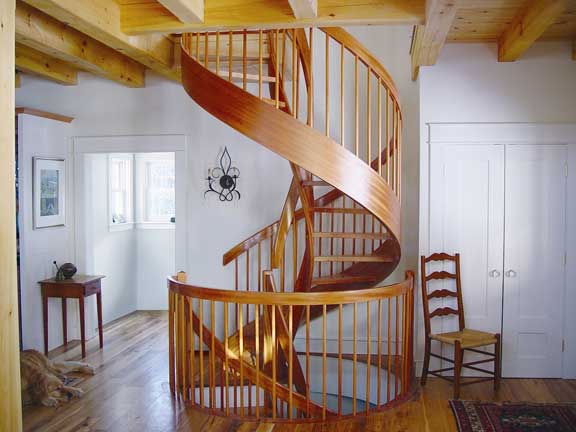 Because they are of smaller scale and are more intimate than the main stairway, back halls and stairs welcome an art gallery along their walls. You’re closer to paintings as you ascend, and there’s more wall space in a stairwell to display larger pieces. (I mounted a stuffed peacock in mine!) Don’t hesitate to hang art all the way to the ceiling, as it draws the eye upwards and make the space seem larger. The end of the hall need not terminate in a blank wall or window. Add visual interest here with artwork on a stand, or a bookcase in the corner.

Staircase landings are too often overlooked. They should be interesting and welcoming, a spot to catch your breath or even sit. A small sofa and table, a chair tucked into the corner (perhaps with a corner cabinet above), even just a small bench and a pillow transform a landing into a room. Because back stairs are traditionally service areas, dumbwaiters have been a staple since they were introduced by Thomas Jefferson, who had several in his back hall at Monticello (to reduce his need for help during meals).

The “Silent Servant” by Miller Manufacturing is a classic model, good for food and groceries, laundry, firewood, and seasonal items such as boxes of Christmas ornaments. They are fitted with metal guiderails and precision-molded bearing guide shoes, so alignment problems (which often arise as the house settles) are eliminated. As the guide system also channels the counterweights, only one side of the car is needed for mechanics, so the dumbwaiter box can be opened on three sides.

For ease of operation, “Ascent” dumbwaiters by Summit Lifts feature durable, steel-panel walls and doors that run on pre-installed, electric track systems with push-button operation. Powerlift Dumbwaiters has models that can hold up to 225 pounds and come prefabricated and ready to install in under an hour.

To make unused space interesting and accessible, consider installing a spiral staircase. These are especially useful in renovations where space is at a premium. A minimum of 16 square feet is required for a 4′-diameter staircase; Marna Snitman of Steptoe and Wife suggests retrofitting a pantry cupboard or closet. Remember that spiral staircases need 4′ of space at the top for proper head clearance; removing one or two headers at the top of the stairs may be necessary.

Floor load is another aspect to keep in mind: the closer the staircase is placed to an outside wall, the stronger the surrounding floor support will need to be. York Spiral Stair makes a striking double-helix design; with two handrails and a center post, it has more usable tread for comfort.