Fireboards, also known as chimney boards, were tightfitting wooden panels that fully covered the open firebox. Usually constructed of boards and battens, the best were imaginatively painted in a wide range of styles, from primitives and folk art to more elaborate landscapes and eye-deceiving trompe l’oeil.

Custom built to provide the best fit, fireboards stood on a sturdy base or were fastened to the firebox opening with turnbuckles. Those fitted to a base sometimes had notches cut to slip over andirons. Since kitchen hearths were in use year-round, fireboards most often were found in parlors, where a trompe l’oeil still-life of a prettily arranged flower vase was perhaps the most popular early image. This mimicked the carryover British tradition of placing a cheerful pot of greenery inside the dismal summer hearth. Another popular if less imaginative trompe l’oeil choice was a depiction of the fireplace interior, with or without a burning fire.

In late 18th- and early 19th-century America, fireboards were painted by the same itinerant artists who traveled to bring colorful painted and stenciled decoration to walls, floors, and overmantels. Not surprisingly, many fireboards were painted with familiar folk-art motifs such as fruit, animals, weeping willows, houses, and birds. Others were beautifully executed landscapes, farm scenes, seascapes, or even cityscapes based on contemporary engravings. The range of fireboard decoration was all encompassing, from the charming naiveté of the Rufus Porter school to more sophisticated work.

As with other forms of home decoration, the fireboard came to signal a homeowner’s wealth and refinement. City dwellers had immediate access to merchants offering the latest English and French imports. “Chimney board papers”—cultured scenic landscapes or classical tableaux—were advertised with wallpapers, upholstery, and luxury items. 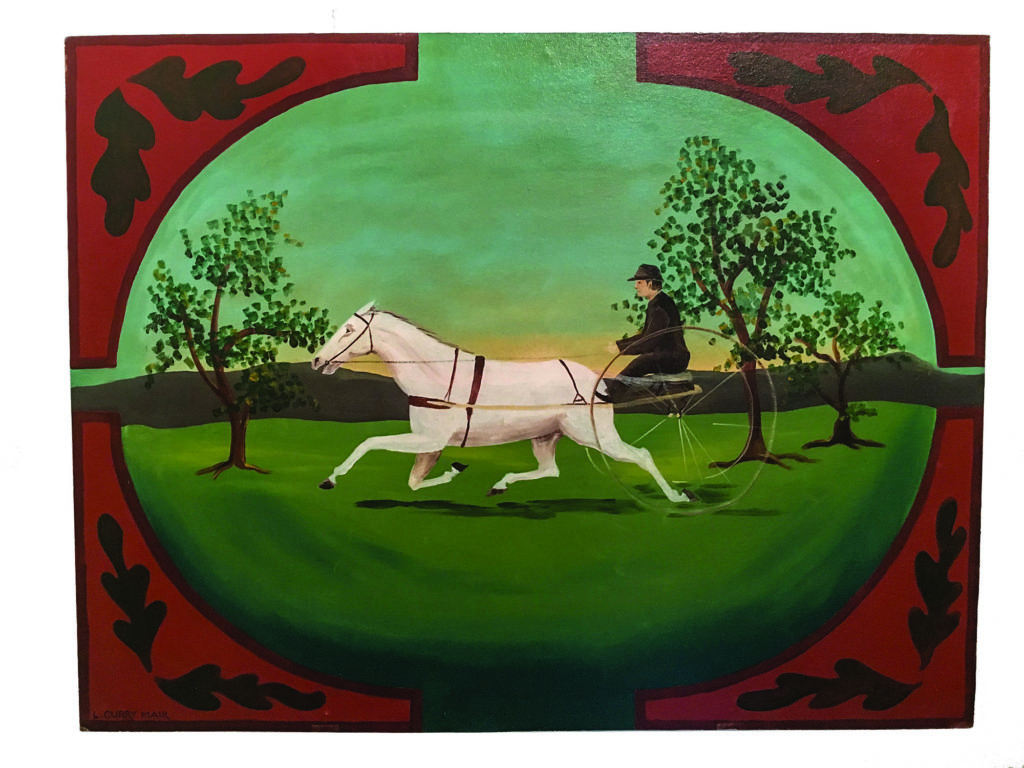 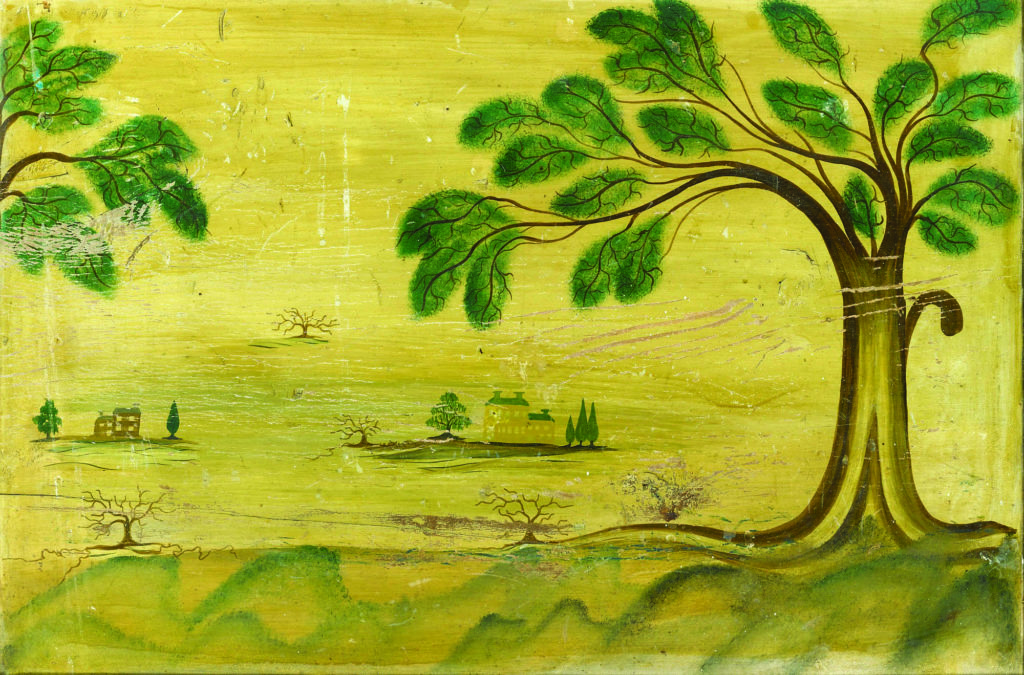 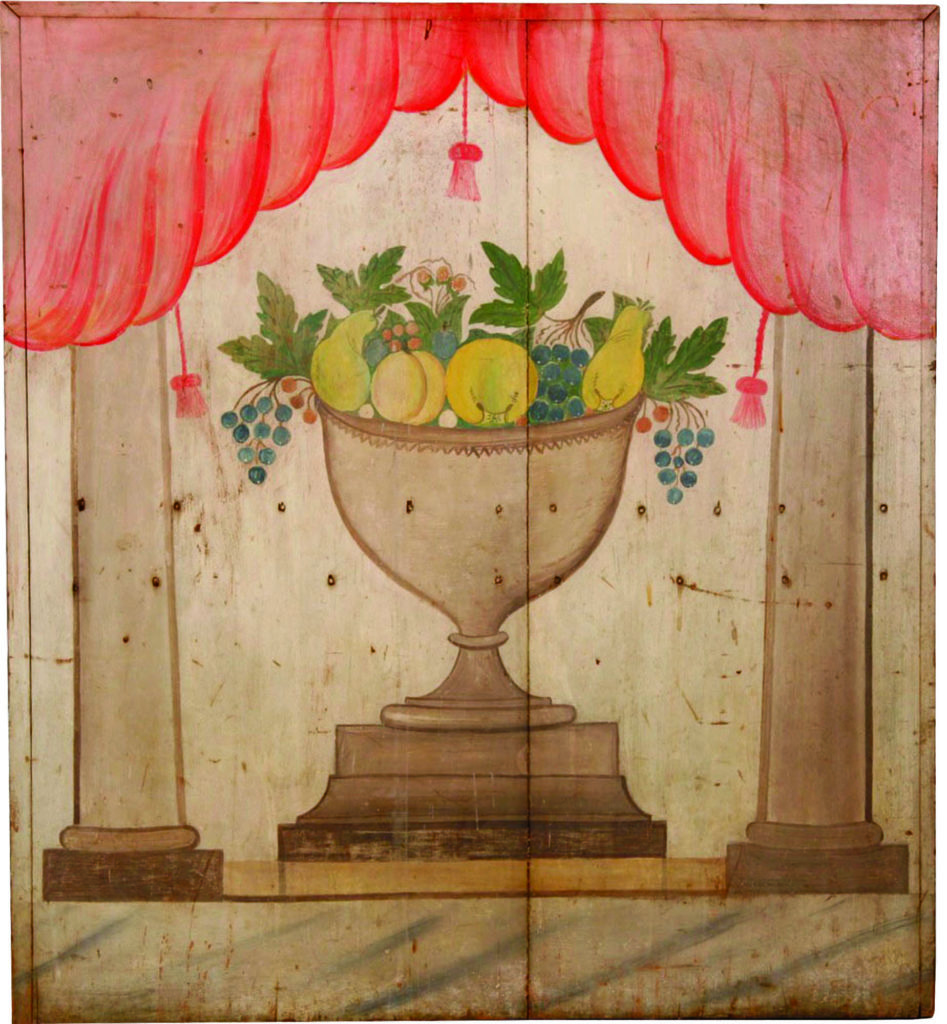 As the vogue for decoupage surged among the leisure class in the early 1800s, some fireboards fell into the province of “ladies’ work.” With printed magazines, books, and catalogues more accessible than ever before, fireboards presented women with a flat surface to decorate in floral patterns or an interpretation of the wallpaper in the room. These were usually done on heavy paper attached to a wood or wire frame, and were called paperboards.

Store-bought chimney board papers and panels of wallpaper custom cut to match the paper chosen for walls received similar treatment. Pasted to heavy paper or canvas nailed over the edges of the frame, they were less durable than wood fireboards and therefore less popular.

The heyday of the decorated American fireboard lasted from the late 18th century through the first few decades of the 19th. With the invention of chimney dampers and the growing use of the wood-burning stove, fireboards gradually became obsolete and fell out of fashion entirely. Those which thrifty homeowners stashed away in attics or spare bedrooms are now highly prized by museums and collectors.