During a century that witnessed at least five major architectural movements and the birth of interior design—all before 1950—color palettes went in and out of fashion. Some looked to the past, while others looked to the future with formulas based on new technologies like plastics or chrome. Some hues consistently reappear, only to look fresh in a new context.

At the start of the 20th century, two major architectural movements had staked their claim in America. Each had a distinctive paint palette that expressed not just aesthetic preferences, but core values. The Colonial Revival movement dates at least as far back as the 1876 Centennial Exhibition in Philadelphia. Revival architecture was often eclectic—a grab bag of elements from Georgian, Federal, and Greek Revival architecture mixed together in a pleasing symmetry that often blurred the lines between styles. Similarly, interior paint palettes were softer and more soothing than the originals. The first owners of Colonial Revival houses usually chose a restrained palette reminiscent of the Adam style from the Federal era. Walls were delicately tinted yellows or apricots, whispery blues and greens, taupes, and grays. Woodwork was usually a glossy white or ivory, with soft gray a less popular alternative. 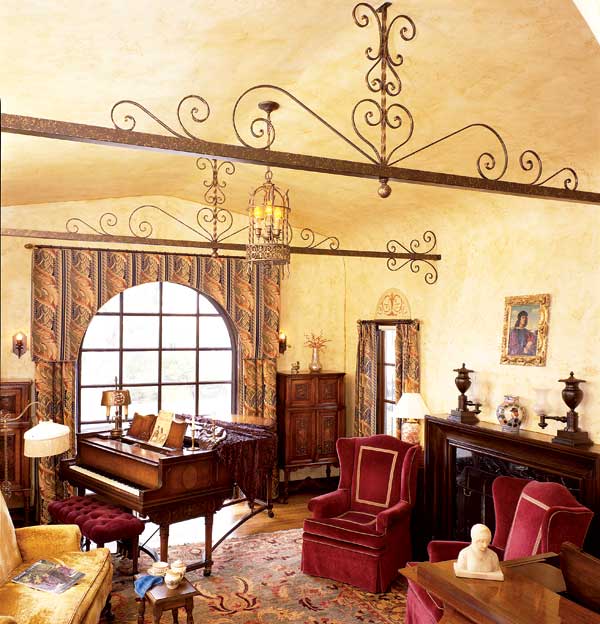 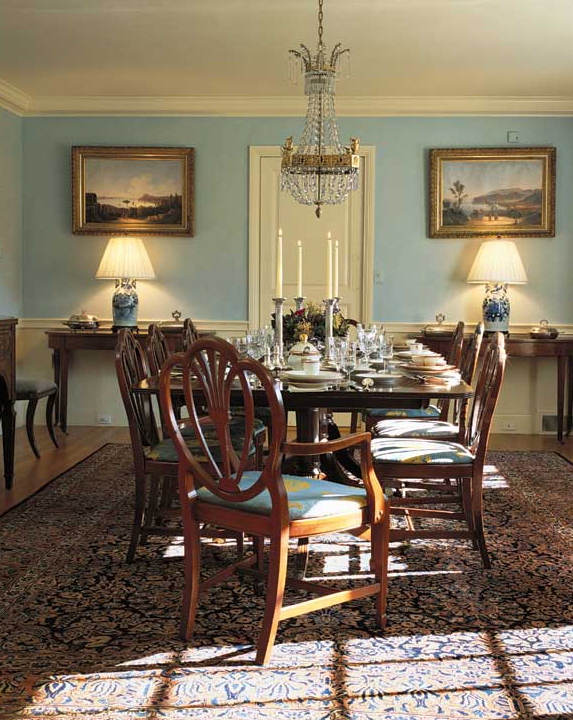 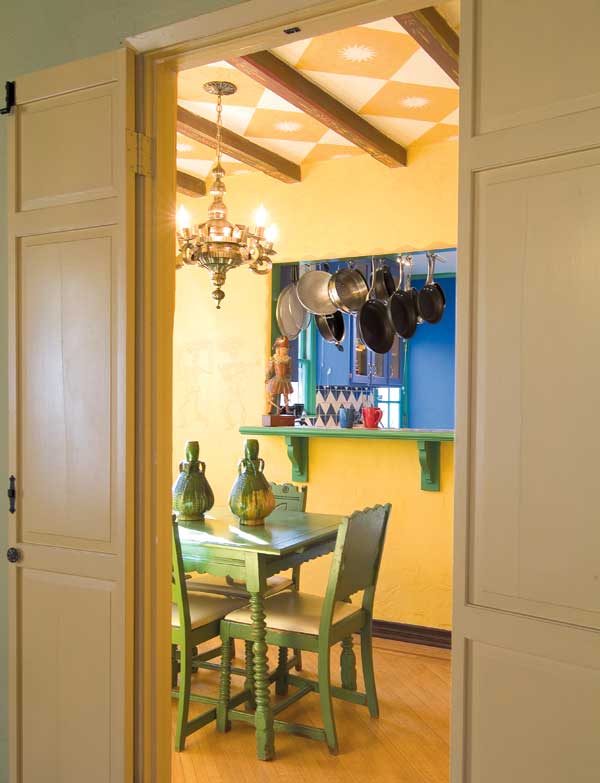 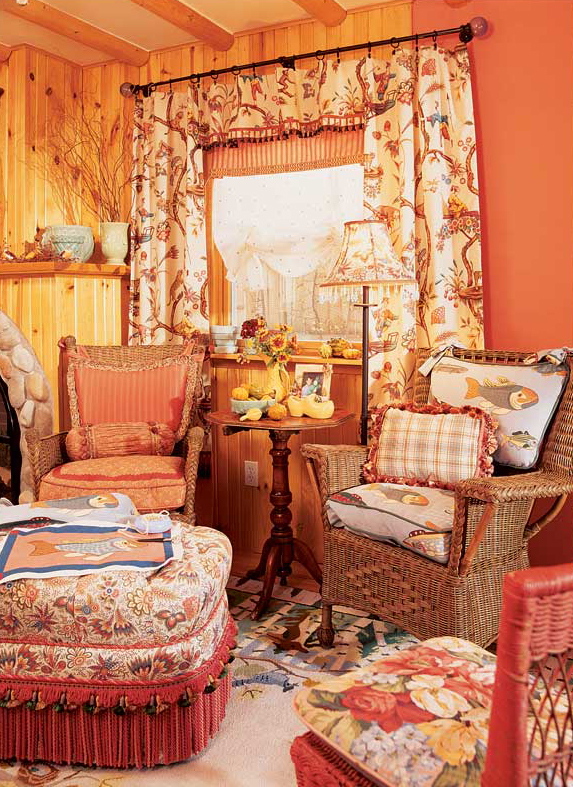 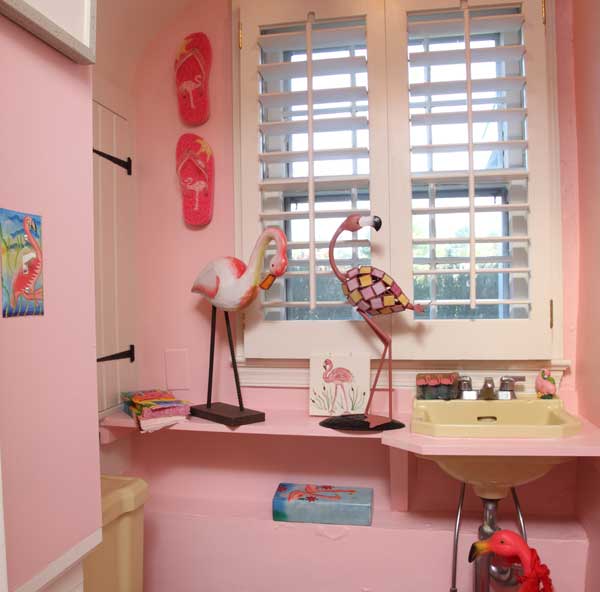 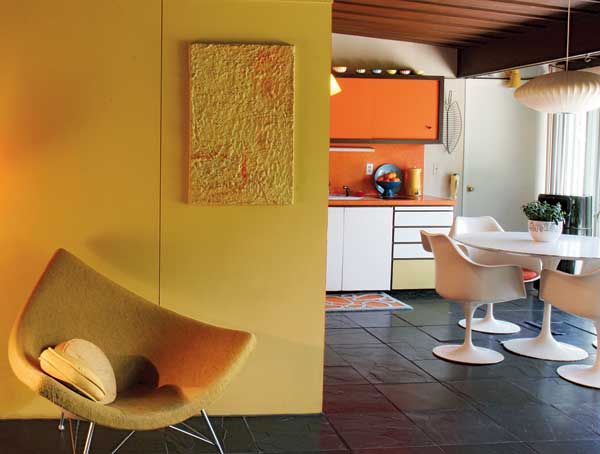 Arts & Crafts was the second major architectural movement of the new century. Like Colonial Revival, it originated in part as a rejection of the clutter and commercialism of the Victorian era. Arts & Crafts styles embraced all things natural and handcrafted: Walls were treated to a palette of oatmeal, cream, tan, khaki, olive, and gold. These hues complemented perfectly the honest materials that filled Arts & Crafts interiors: wood (golden oak was most prized), metal, stone, and handmade tile. Ceilings were light in color, though never a bright white. Coffered or paneled ceilings were often painted in the same shade that warmed the walls. Rich jewel tones—garnet, amethyst, sapphire—were used sparingly to accent and enliven this soothing palette.

Art Deco emerged in Europe in the late 1920s, a near polar opposite to the naturalism of Arts & Crafts. Named for an influential 1925 Paris exhibition, “L’Exposition Internationale des Arts Decoratifs et Industriels,” machine-age neutrals—chrome, black, grayish whites—played a prominent role in wall color. The decorative arts from which the movement drew ranged widely, from the blues, ochres, and golds of ancient Egyptian art to Southwest Native American crafts (Navajo turquoises and red).

These saturated brights accented and emphasized sophisticated neutral walls, often taking the form of furniture, collectibles, or art. Metallics also informed the color schemes—not just chrome but also gold, copper, and bronze. Yet the era’s appetite for color wasn’t sated by one arrangement of intense accents and neutral-colored walls. Acting as counterbalance were exuberant wall colors such as turquoise blue, tangerine, jade, rose, banana yellow, and salmon pink—not gentle pastels, but intense tones that made them sophisticated rather than sweet. They were often used in combinations that homeowners would shy away from today, such as seafoam green and lavender. A fashionable practice, particularly for bedrooms, was to pair a tinted ceiling (say, pale yellow) with another color on the walls, either a color like peach or a neutral like the widespread light gray-green.

In the 1950s, color tastes shifted yet again. The postwar housing boom brought in wildly popular suburban ranch houses, which often sat cheek-by-jowl with high-style, mid-century modern homes on new suburban streets. The walls inside were predominantly painted in neutrals. Plate-glass windows “brought the outdoors in,” as did the use of traditional outdoor materials such as brick walls in a sunroom or flagstone in a foyer. Saturated earth tones—the colors of autumn leaves—harmonized with the design and created a feeling of well-being and warmth when used against light walls.

Simultaneously, the burgeoning consumer culture introduced products in a more cheerful palette that spoke to postwar optimism: New Formica countertops, vinyl floors, and enameled appliances appeared in playful pink, turquoise, and mint green. Pink received a further boost in popularity by taste-setter Mamie Eisenhower. As the general’s wife, she had used the same palette of pink, green, and cream each time the military dictated a move. When she decorated the White House in the same vein (dubbed “The Pink Palace” by the White House press corps), America was smitten.