Portraits and tapestries may have hung on the walls of castles, but for most householders, “picture hanging” became popular during the Victorian period of the 19th century. The newly affluent, and even the middle classes, demonstrated their buying power and good taste by covering the walls with paintings and other works of framed art—not to mention mirrors, shelves, plates, and so on—using picture rails.

Around the 1840s, picture rails or picture molding became common. The idea had been around since the 15th century: hanging pictures from a moveable hook that can hold substantial weight and that doesn’t mar the wall surface. The modern picture rail was simply a horizontal molding of wood or composition material, often decorative, mounted high on the wall.

Picture rails were mounted in one of three positions. In formal rooms, the rail was mounted ¼” to ½” (for the hooks) beneath crown and cove moldings. A simpler treatment had the rail tacked to the wall at about the height of window and door heads—which left a frieze area between the rail and the ceiling. During much of the Victorian era, the frieze would get decorative embellishment.

A more streamlined approach came along with the lowered ceiling heights and minimal moldings of the 1920s and ’30s. Now the picture rail was mounted just a half-inch or so from the ceiling. The old brass hooks no longer fit, but hooks with a rolled profile and wires were used. The gap was often lost in subsequent ceiling repairs—or even caulked over—making the molding useless.

Now you can buy hooks for picture rails with different thicknesses and shapes, so test one for fit before buying multiples. A picture rail hook not made of cast brass may be re-bent or modified to fit. 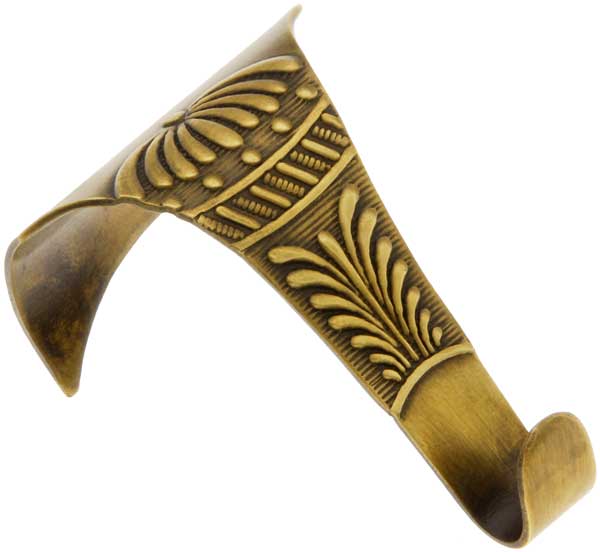 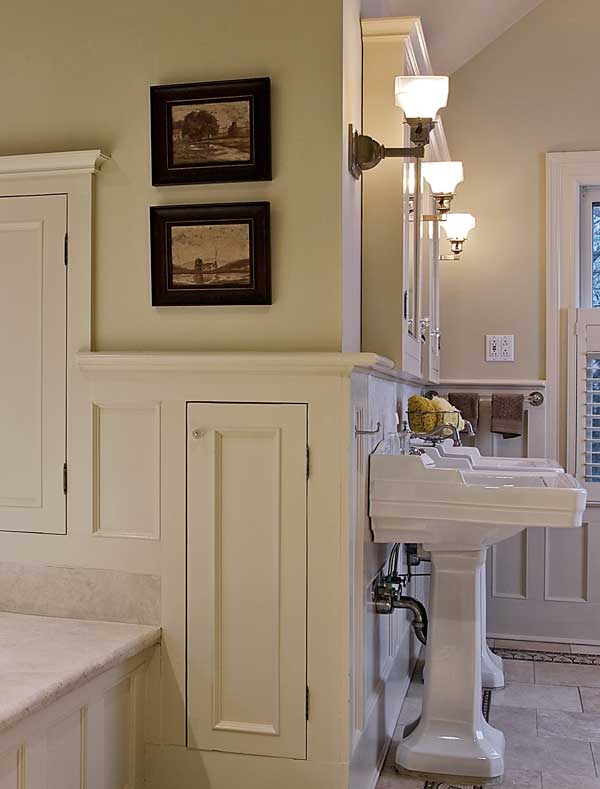 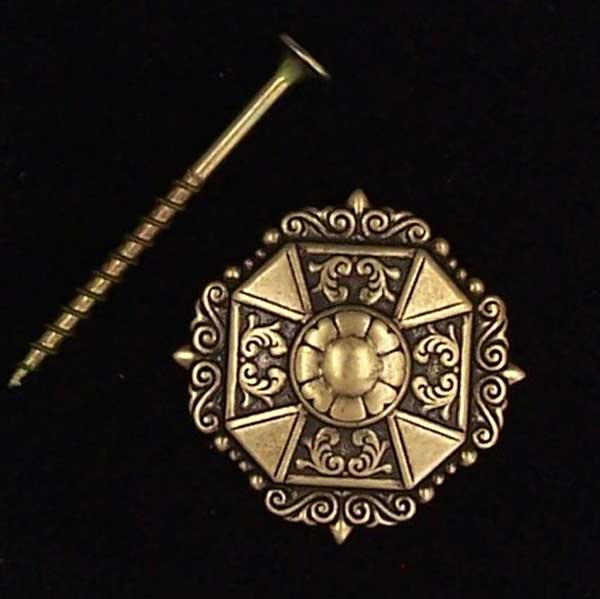 Heavy items should hang from two hooks to distribute the weight from a picture rail. Picture cord, picture wire, or chain may be used to hang the artwork from the hook. Picture cord is a colorful twisted cording on wire; it passes through eyelets (screw eyes) or D-rings mounted on the back of the frame. The wire is tied together at the top, creating a triangle. A medallion or a tassel or both (with a hook built into its back) fancies up the hanging treatment. It was the vogue in some years to make the crisscrossing cords themselves into a decorative treatment.

Art hung near eye level was kept flat against the wall by attaching the cord or wire high on the back of the frame. Art hung high on the wall, as in a gallery treatment or over a high wainscot, had the cord attached lower so that the piece would tilt forward for easier viewing. (Too low and the painting will flip over! Use eyelet pairs low and also at mid-frame or higher, if necessary.) Most picture cords support about 60 pounds individually. If the item is heavier, you might use heavy-gauge wire or fine-gauge chain. Victorian-era picture hanging—with stacked art, multiple cords, braiding in inverted Vs, tassels, and rosettes—is well documented.

Things got simpler in Craftsman and Colonial Revival homes. Still, it wasn’t until after the 1920s that the standard became pictures nailed directly into the wall. Old Craftsman magazine illustrations show framed art hung from a pair of straight-line chains at each side of the picture, going to plain metal hooks hung on a picture rail. Generally, small-gauge wire or chain was the hanger of choice in the post-Victorian period, when cording and tassels fell out of favor. Brass-plated steel and copper hooks are ideal for Craftsman rooms and bungalows. Plain brass, nickel, or white hooks may be appropriate for Colonial Revival and modern interiors. (And, even in period photos, paintings simply rest on a plate rail.)

By the 1940s the picture rail was passé, and the invisible wall hook standard. Today you might consider picture rails and hooks against wallpaper and in public rooms, along with modern hangers in halls, bathrooms, even bedrooms.