After raising three children in their three-story Cape Cod in Shelburne, Vermont, Tony Hall and his wife Cyndy decided it was time to make their home fit a new phase of life. With plans to retire from a career in financial planning, Hall wanted a home office where he could work, create art, and practice music. The couple also wanted the ability to retrofit to single-story living quarters should time or circumstance necessitate it.

But beyond such practical considerations, the Halls aimed to create a part of their home where they could display and enjoy a wealth of antique furniture they had inherited from Hall’s family. Everything in the room—from the George Washington desk to the model of the Arcturus steamship—has emotional or historical significance.

The furnishings are so central to the space, in fact, that the Halls directed their design company, Connor Homes, to envision their new addition with the décor in mind.

The Halls built their home in 1969 to resemble a 1600s residence, complete with rough-hewn beams, dark wood floors, and, as Hall puts it, “a fireplace that looks like you’d put the kettle on and cook your meat.”

Forty years later, all of the Colonial decorations remain, but one room, a den, “has sort of morphed into an 1880s-style room, with electrified gaslights and an old desk that my grandfather made,” Hall says. His idea for the addition was to fill in the missing century with a 1700s Georgian Colonial-inspired wing.

The Halls mocked-up their own design for the addition in CAD/CAM software, and sent it, along with photos of the furnishings, to Connor Homes, based in Middlebury, Vermont, a company that specializes in “new old homes”—recreating historic American architecture by combining modern construction techniques and component building methods with handmade craftsmanship and custom millwork.

“One of the goals was to be able to incorporate all of the stuff that I treasure in my life in regards to things—family things—into a space that would display it well,” says Hall. “I wanted the interior to match the quality of the furniture that I knew was going to go in it.”

Connor’s design team created plans for the interior and then worked with the Halls to refine the space around the display of Hall’s antiques. For example, the paneling over the mantel had to perfectly accommodate the painting from the home of Vermont’s first governor, Thomas Chittenden, which was to set the room’s color scheme.

Connor’s team of seasoned carpenters create a project’s components in its artisan woodworking factory. They fashion the exterior shell and interior millwork in panels and sections that can be trucked to the building site and erected and installed there by the client’s chosen contractor.

The interior components delivered by truck for the Hall’s project included such substantial elements as a built-in desk and bookcases, and two paneled ceiling beams, along with the sections of raised paneling, chair rails, dentil moldings, and other millwork. 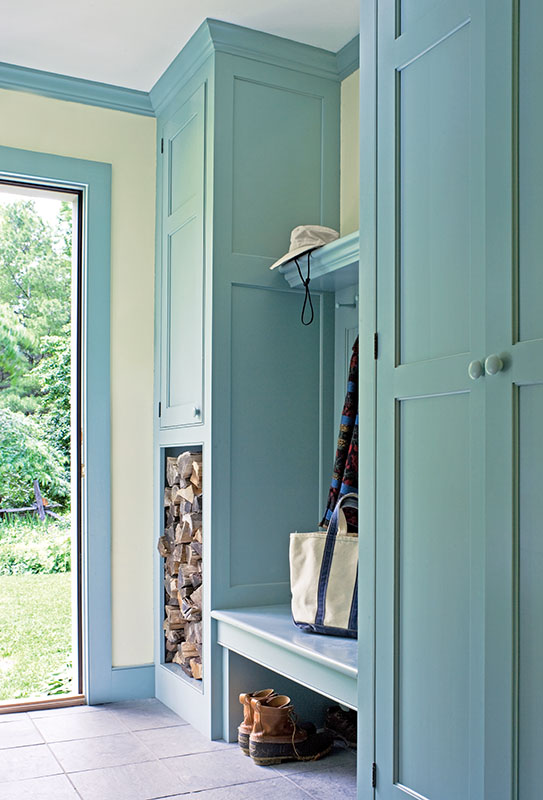 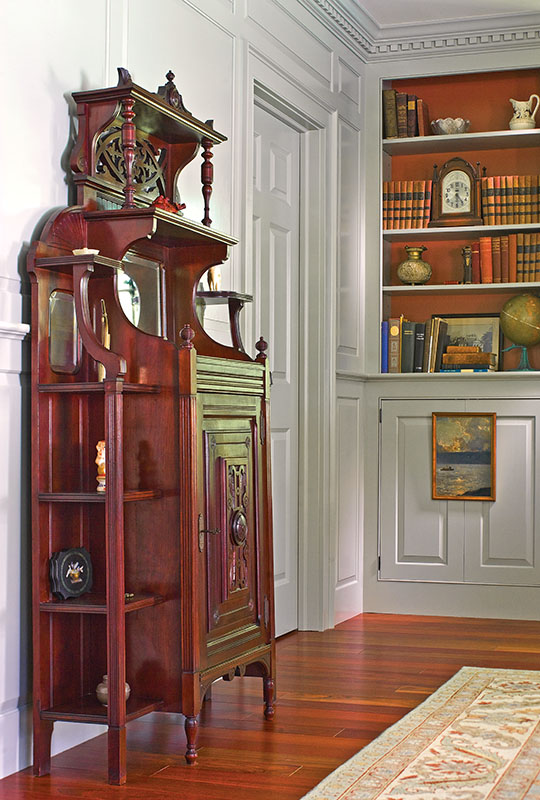 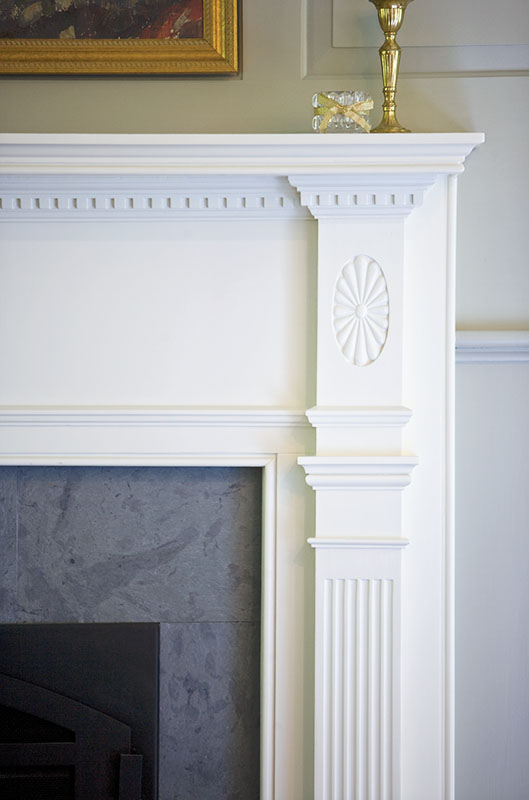 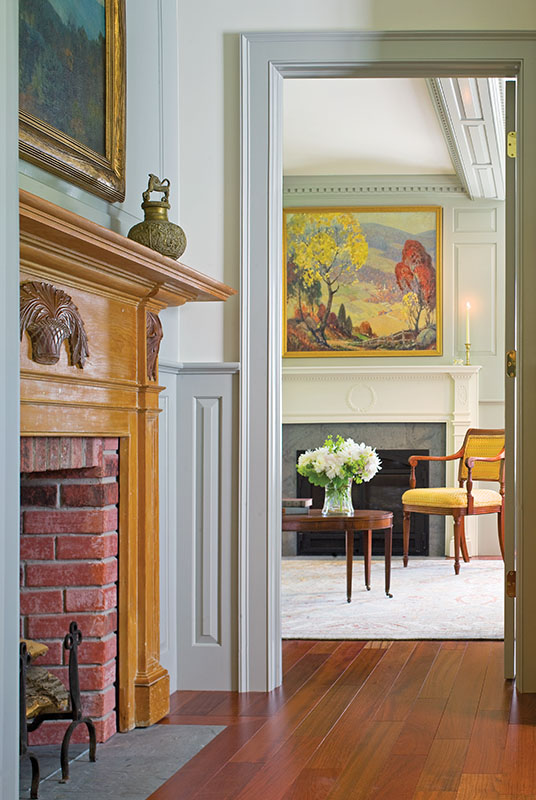 Appending such a structure to an existing house always carries the risk of creating a mismatched look, but Connor is expert in maintaining historical accuracy and quality of aesthetics.

“We’re always conscious of what we’re trying to copy and make sure we don’t take away from that,” says David Auth, CEO of Connor Homes. “Window sizes, wall heights, the number of panes in the window; these are all specific to a period.”

That being said, Connor designs for a modern audience, and many of its projects—including the Halls’ project—create spaces that would be unfamiliar to those living in the historic periods in question.

For their part, the Halls find the mix of antique and modern in their new space a perfect match to the rest of the house. “It’s as comfortable and as charming and as warm as I wanted it to be,” says Hall. “It’s functional. It’s elegant. It just fits in perfectly.”

And so do the George Washington desk, the Arcturus, and, framed precisely by the raised paneling above the mantel, the Chittenden landscape painting.