Lighting fixtures can set a mood, add to the architectural ambience and formality of a room, and strike a historical note all their own, making a lasting, memorable statement. Think about it: The White House’s Red Room, sans its distinctive (and prominent) crystal and brass chandelier, would feel decidedly less warm and impressive.

Usually, a room’s design will dictate its lighting choice. A dining-room table begs for a chandelier overhead to serve as a focal point and offer diners a generous amount of light. In the living room, it’s all about creating ambience, while the bathroom requires strategically placed task lighting. Use our room-by-room guide to help determine which type of light is appropriate for each space, then let your house’s style dictate the aesthetics of the fixture—we’ve included a few favorite picks for each room to get you started.

Historically, the kitchen’s primary function as a workroom made an array of task lighting the most practical choice for this space. In early homes, candles and later lanterns would be carried from cookstove to worktable (although kitchens of this era were mostly used during the day, when light streamed in through the windows). Pendant lights arrived with the installation of gas lines, but were initially utilitarian features hung from the center of the room. Later, they would be placed above sinks or seating areas, and today they’ve become the go-to fixture for hanging over island workspaces. As time marched on and the technology of the day—electricity, tungsten filament lamps, fluorescent lamps—allowed it, an array of kitchen lighting fixtures evolved, including ceiling fixtures, chandeliers, and sconces. They became fancier and more aligned with the architectural details of the room as time went on, and today can be found in a variety of appropriate styles. 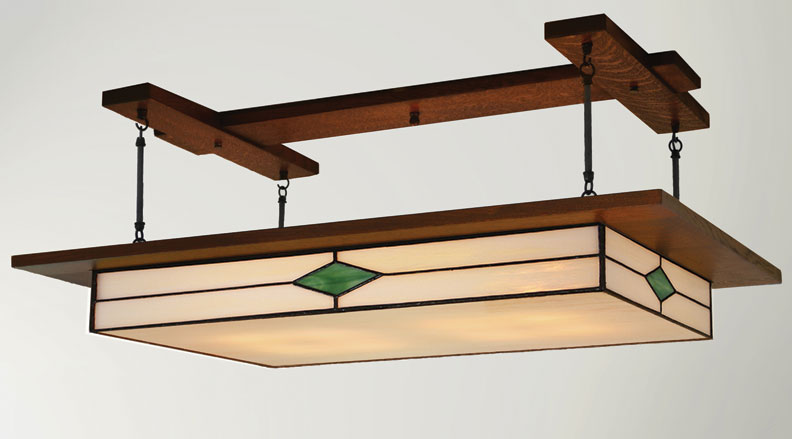 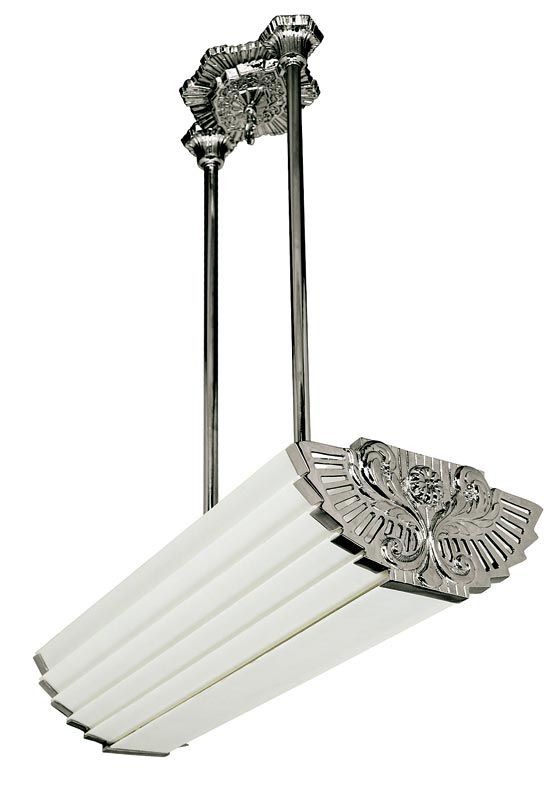 Dining rooms, long the place for a meeting of the minds over a drawn-out meal, are the perfect spot for a central chandelier. For centuries, designs were based on the same basic concept—a series of arms lit by oil, candle, or gas flames (a tradition that’s carried on in today’s Williamsburg-style bulb chandeliers). Starting in the Victorian era, an explosion of new designs came into fashion: gas/electric combination fixtures, with shades pointing both up and down; globe shades; bowl shades that diffused light through stained glass or opaque stone; shower fixtures that seemed to tumble down from the ceiling; and by mid-century, reflective chandeliers, which washed the ceiling in a diffuse glow. Overhead wasn’t the only lighting option for this room; wall sconces—particularly those flanking a built-in or installed beside a pair of windows—became a popular addition as well. 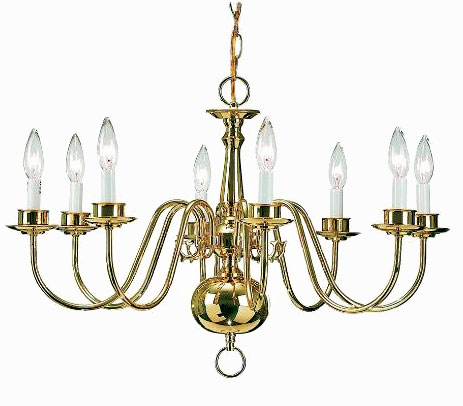 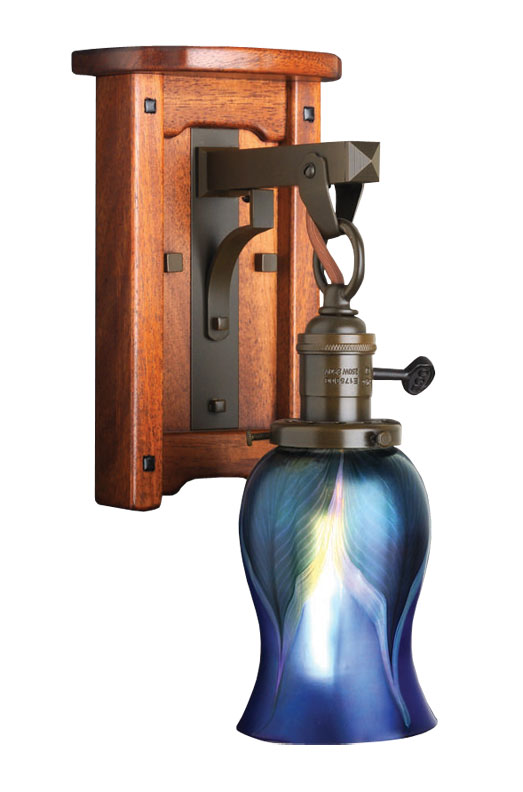 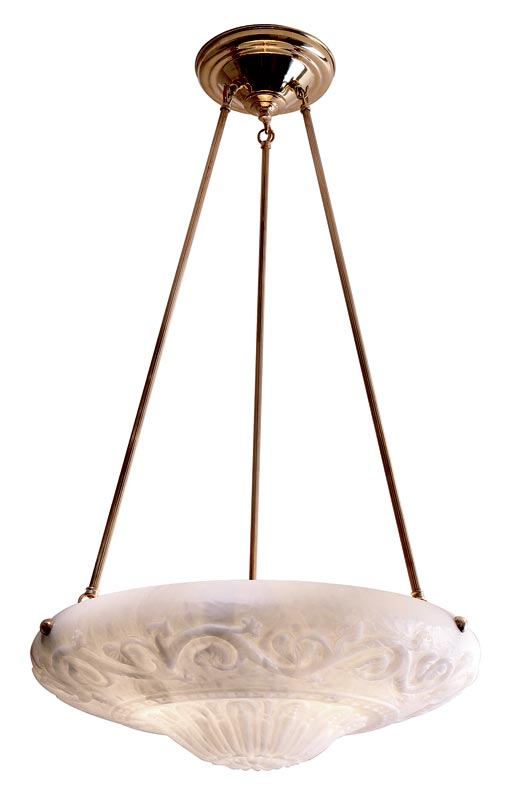 From brushing teeth to applying makeup, many of a bathroom’s activities happen around the mirror, making wall-mounted task lighting of paramount importance. Like most bathroom luxuries, though, this one is a relatively new concept. As the modern bathroom layout started to take shape in the early 1900s, lights began flanking mirrors. The concept of task lighting for the bathroom was really cemented during the Art Deco era, when turtle lights above or streamlined tubes beside the mirror helped to eliminate shadows. Today, a wall light mounted over the mirror or one on either side is pretty much a given—so much so that era-appropriate fixtures installed around a bathroom mirror in a pre-20th-century house won’t look out of place. 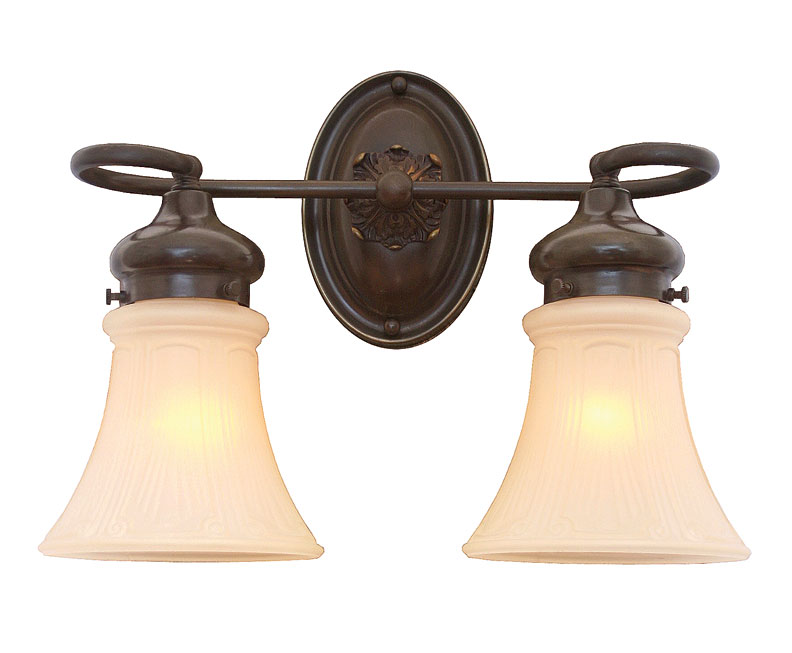 In this venerable gathering place, the lamp is a key source of illumination, offering warm, welcoming pools of light ideal for quiet pursuits like reading or knitting. In the mid-1800s, oil lamps started replacing the candlestick as the preferred tabletop light source; the Victorian era saw “portable” gas lamps connected to ceiling fixtures by a rubber tube. As with most lighting fixtures, the prevailing fashion of the time tended to dictate the design of lamps—early oil or kerosene lamps, popular during the Greek Revival, might feature glass shades etched with a floral or Greek key motif. Victorian lamps upped the frill factor with sculptural bases and increasingly decorative shades, while Arts & Crafts versions celebrated the beauty of handcrafted materials like mica, oak, and stained glass. 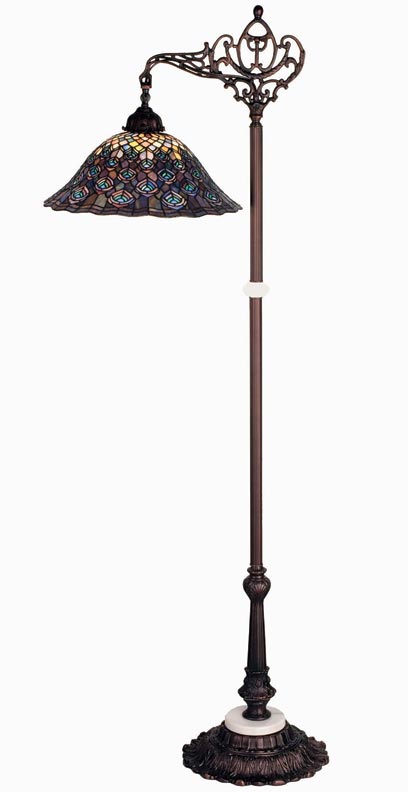 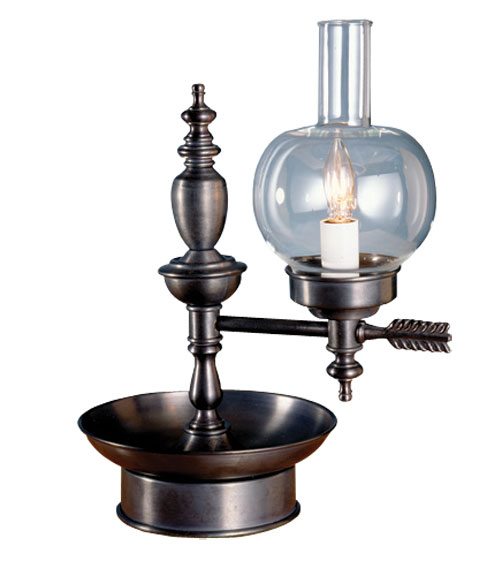 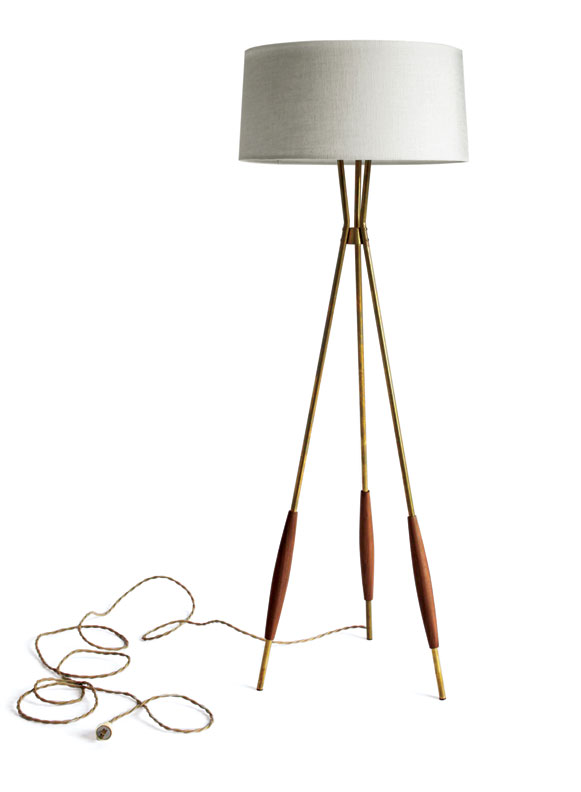 The Tradition of Burnt Wood

Shaker Simplicity in a Stone House

How To Decorate with Ceiling Medallions