James Murray Colman left Scotland in 1865, making his way across the American continent to its northwest coast. The trained engineer found work in logging mills and spent time exploring the coastline in his canoe. In 1900, he acquired several thousand feet of waterfront in Horsehead Bay, a series of three sheltered coves south of Seattle. Colman loved the sweeping views of the water and the Olympic Mountains, returning every summer to camp with his family. The land was passed down; in 1937, Colman’s granddaughter, Isabel Colman Pierce, built a cabin on the beach.

The simple structure was designed by the well-known architect William Aitken in the rustic vernacular, of fieldstone and logs cut from the surrounding forests. The interior featured board-and-batten walls colored pale with milk paint. Long expanses of mullioned windows faced the rocky coastline and the blue-gray water of the sound. 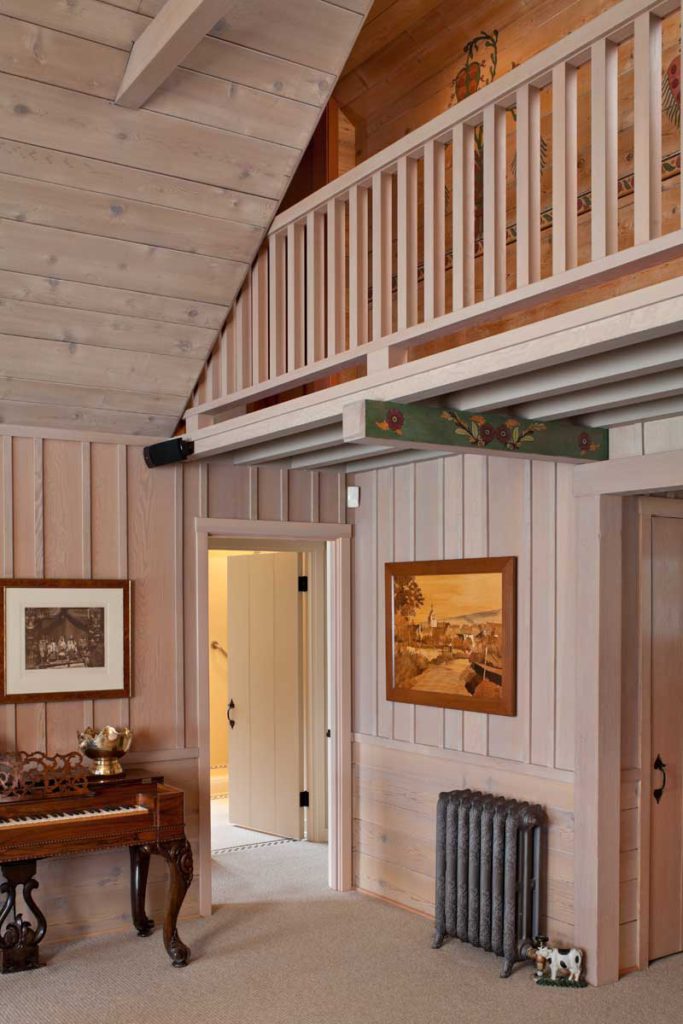 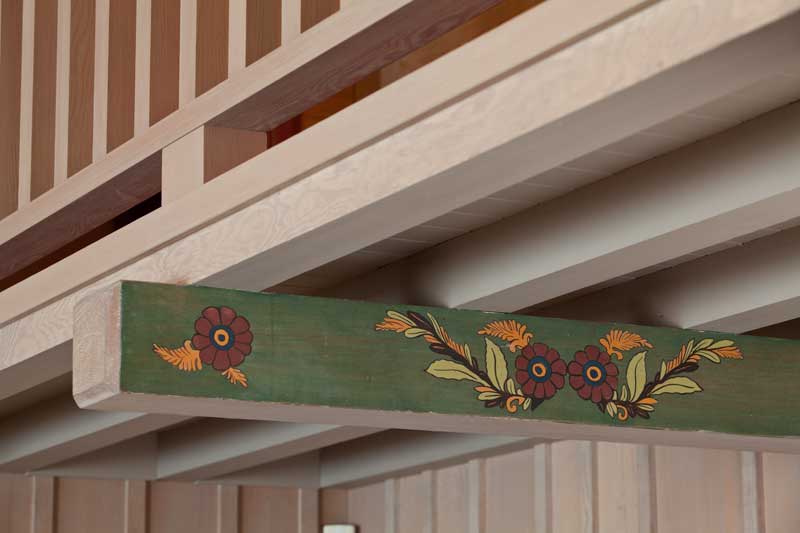 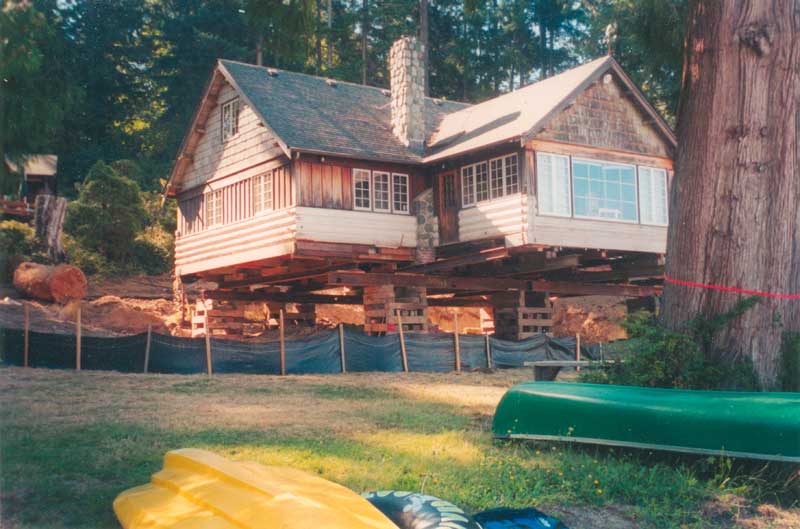 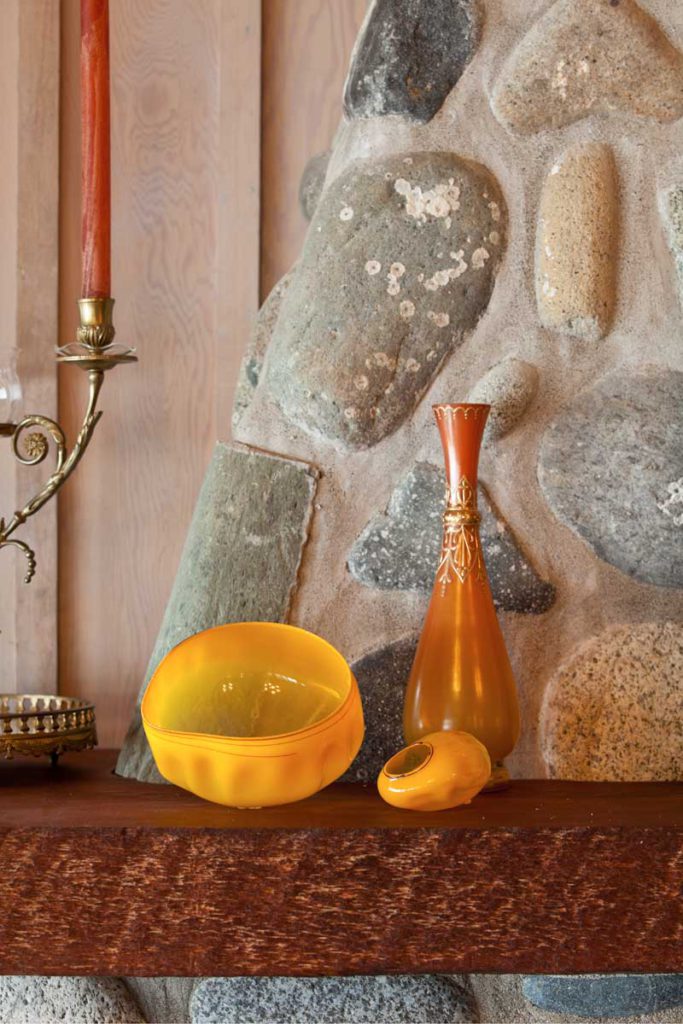 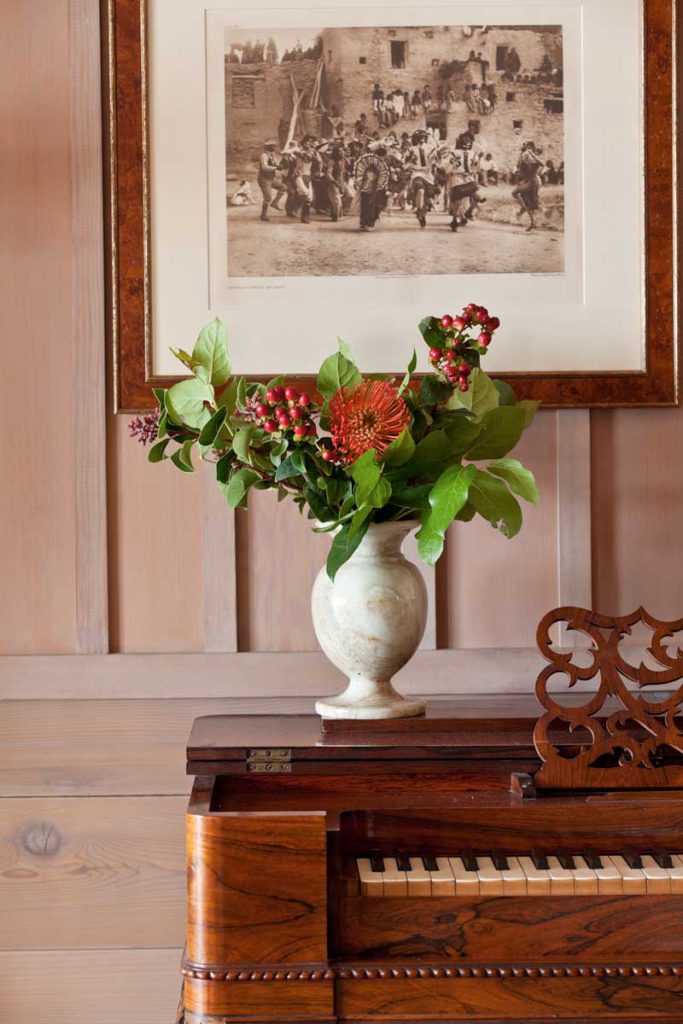 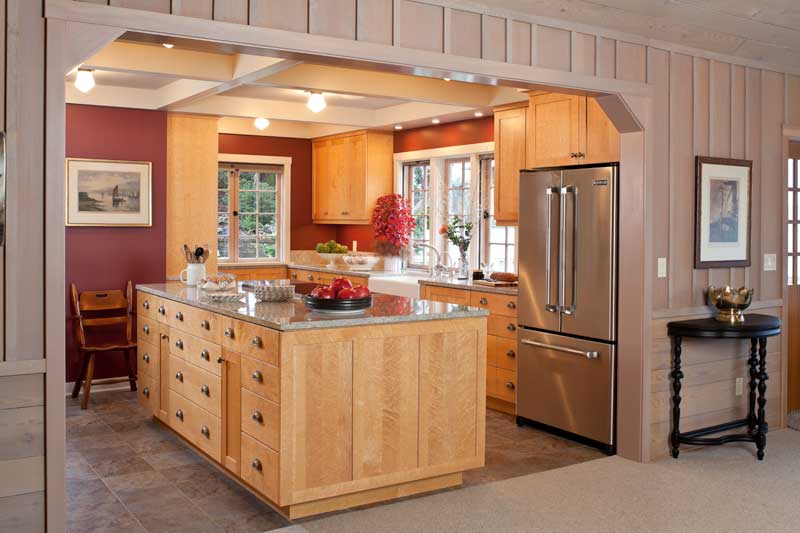 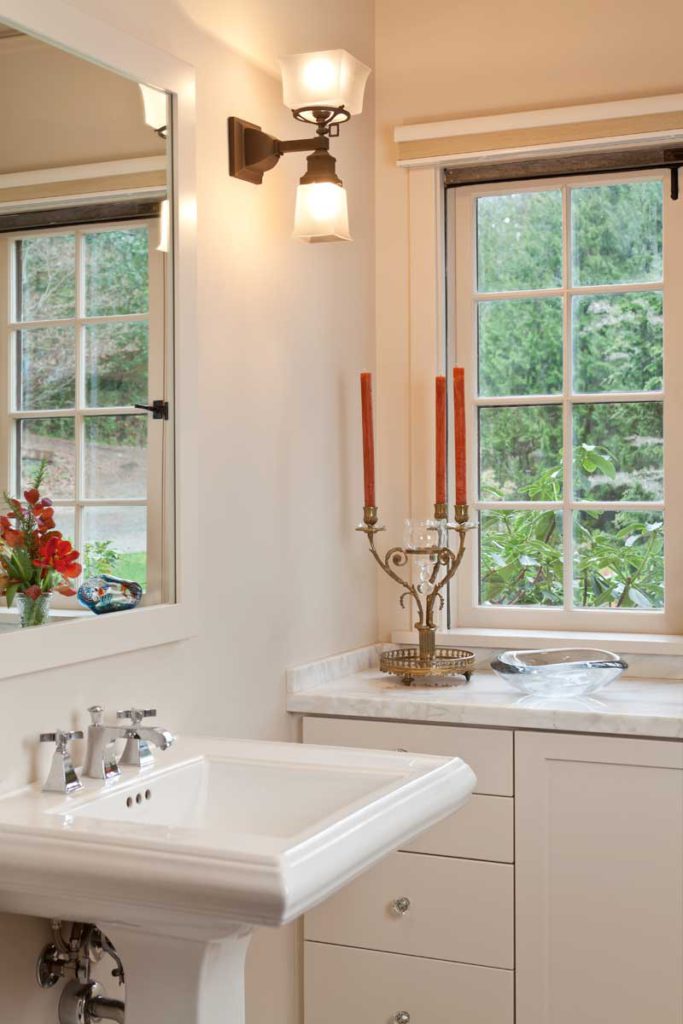 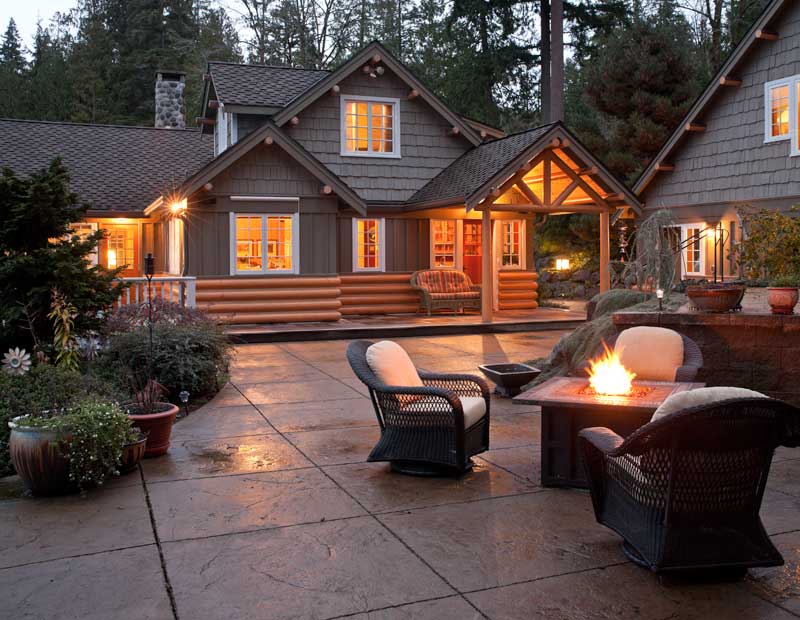 This remained the family’s gathering place for the next half-century. In 1998, Colman’s great-grandson Jack Pierce and his wife, Leilia, decided to make the cabin their retirement home—and to preserve it for their children and grandchildren. They faced a major restoration effort. Maintenance had been minimal, and the damp climate had taken its toll. The log and cedar-shake exterior, discolored with mold and mildew, was rotting, and parts of the floor were in danger of collapse. The fieldstone fireplace had been damaged by water; walls had no insulation; the kitchen—with yellow-painted cabinets and blue countertops—was cramped and dated. A pot-bellied stove, used to burn trash, took up one corner.

The Pierces raised the cabin to create a daylight basement on the water side, staying within the original footprint. Soon they engaged The Johnson Partnership, a Seattle architecture firm that specializes in restoration. “We retained the historic features of the rustic cabin,” says Larry Johnson, “including a large stone fireplace, interior board-and-batten walls, and fanciful decorative painting.”

The architects removed a wall to open the kitchen to the two-story great room, the center of the home. They added a covered entry leading to the garage and south-facing patio, and also finished the new basement as a family room and guest quarters. A three-car garage was carved into the hillside, with a guest suite above.

Dormers added to the existing bedrooms created more space and enhanced views. A long dormer on the street side allowed for the addition of a much-needed upstairs bathroom. The old log siding, riddled with rot and powder-post beetles, was replaced, as were many of the cedar shakes. Systems, insulation, and windows were upgraded. Original hardware and fir woodwork were reused as much as possible.

“The work transformed the cabin into a home integrated into this beautiful waterfront site,” Johnson says.