In modern life, a big unmovable table holds forth in the dining room. End tables flank the sofa or bed. Even the coffee table tends to stay fixed in place between couch and TV. Not so in early America, where furniture was scarce even in fine homes, and each piece did double or triple duty. Small, portable, and often expandable tables emerged in a variety of forms and styles.

Compact tables were equipped with casters to allow easy movement from hall to parlor. On cold days, for instance, a versatile table might be moved into an already-warm parlor or bedchamber for a meal. Tables might even go outdoors for a party. Most occasional tables originated in the 17th and 18th centuries, and their forms became iconic during the Colonial Revival. Faithful reproductions are made still.

Probably the earliest form is the drop-leaf table, which emerged around 1700. A precursor to the fixed dining table, the drop-leaf is large enough when extended to seat a family, and narrow enough to stow against a wall between meals. The drop-leaf made sense in colonial times, when a single room often made-do for cooking, eating, and even sleeping. A variation, the half-round drop-leaf table, was often sold in pairs that could be matched together for large gatherings.

The gateleg table is one of the earliest forms of the drop-leaf. It’s named for the secondary set of turned and carved legs that swings out like a gate to support a large rectangular or half-round leaf. Gateleg tables, large and small, were made well into the 19th century, when expansion tables built with sliding tracks to support additional leaves became the norm in dining rooms.

Another table type from the early 1700s is the stretcher table. This round- or square-topped table rests on splayed legs linked together with stretchers at the bottom. The feet are often turned under in the so-called Spanish style.

Thanks to the designs of Hepplewhite and Chippendale, the late 18th century produced some of the most ingenious table designs, on both sides of the Atlantic. Chippendale created an enduring compact design when he dreamed up the Pembroke table for client Lady Pembroke. The Pembroke’s drop-leaf form allows the table’s hinged leaves to fall straight down from a fixed center portion when the table is not in use. Often featuring tapered legs and a cross stretcher, the Pembroke was constantly imitated for almost a century, and is still widely available in reproduction. Chippendale’s table had bowed ends and sculpted leaves, but American versions often were simpler, especially those made in more remote areas. Countrified pieces might be plain boards with a few superficial touches of trim or veneer.

Dropped leaves are used to delightful effect in the well-named handkerchief table. One type, dating at least as far back as the early 18th century, is a small, square-topped side table whose top sits in a diagonal position to the legs. The top is divided into a fixed triangular section and a triangular leaf; in some designs, the leaf can rest upright against a wall, or hang down. Another form also has a diagonal top, but with four triangular drop leaves that either fold in towards the center, creating a square top when closed, or draping like a handkerchief. When supported, the leaves make a significantly larger table.

Other occasional tables include the round-topped piecrust table. It gets its name from the heavily molded and carved lip that, beyond its decorative purpose, keeps a silver teapot from slipping off with the swish of a long skirt. Earlier piecrust tables had tilt tops, allowing placement in a corner when not in use. The tilting mechanism was sometimes constructed of a small spindled box, or “birdcage.”

Small, leafless rectangular tables, some with a raised perimeter, popularly were called tea tables. A variation called the porringer often has pronounced rounded corners or turrets. Details on mid-18th-century rectangular tea tables often include spade or ball-and-claw feet on slender tapering legs, and a scalloped skirt.

Game and card tables were highly popular by the late 18th century. Earlier types resemble small ornate sideboards, but opening the single leaf and swinging out a hidden or fifth leg had them ready for card games. Features included pronounced turreted corners, wells and pockets for holding dice or coins, and a green baize surface. A refined type popular in the Federal era is round when open, but closes to a demi-lune shape. These half-round tables are often inlaid with beautiful marquetry. By the early 19th century, cabinetmaker Duncan Phyfe had produced a table neither round nor square, with an elegant five-lobed top. Supported by a tripod base or slender legs, Phyfe’s version became a thoroughly American standard. 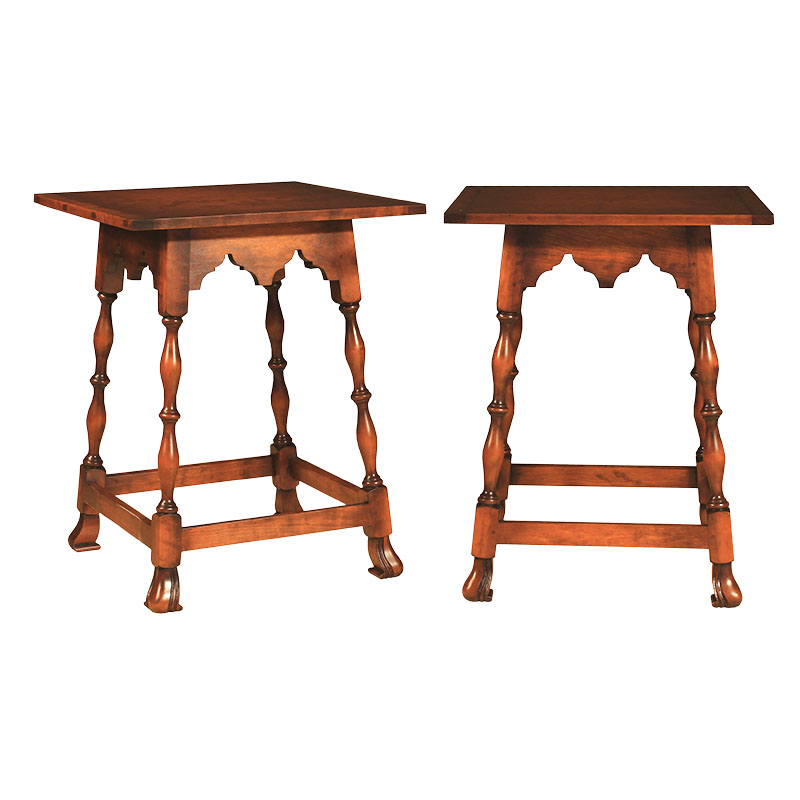 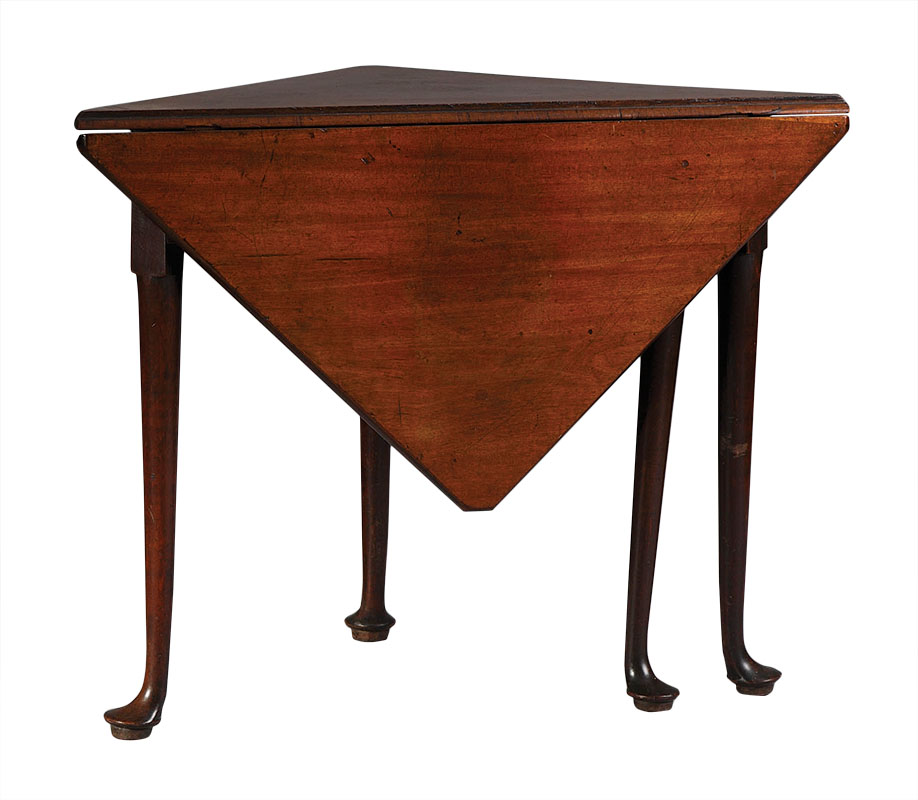 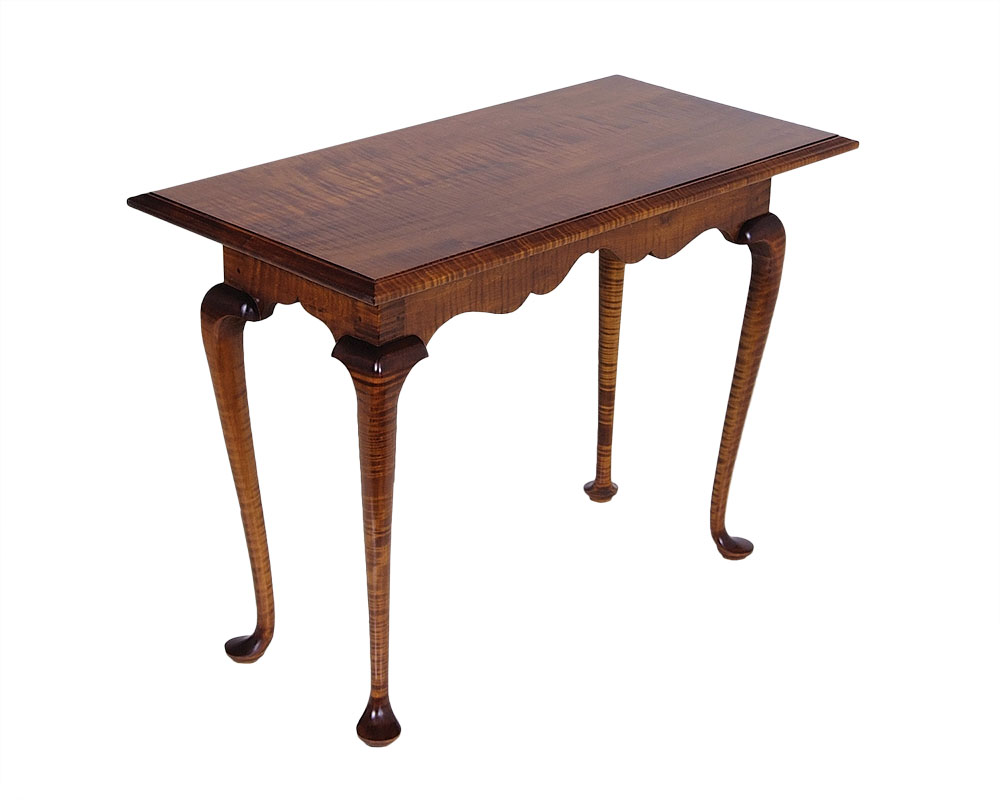 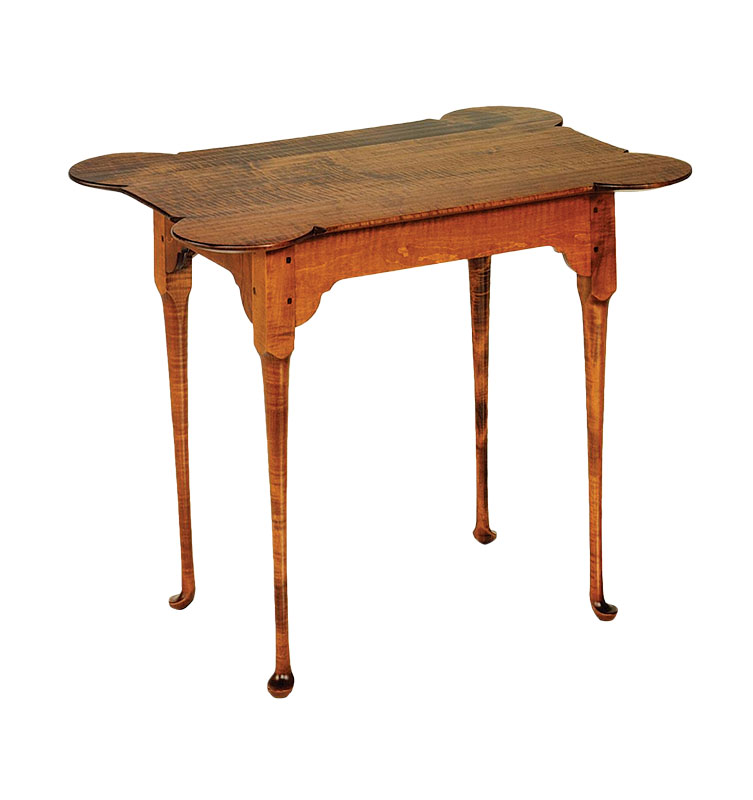 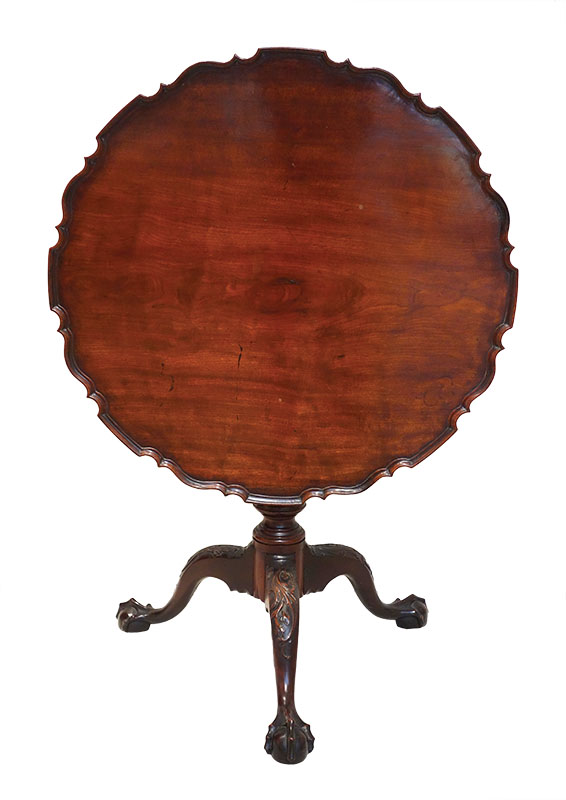 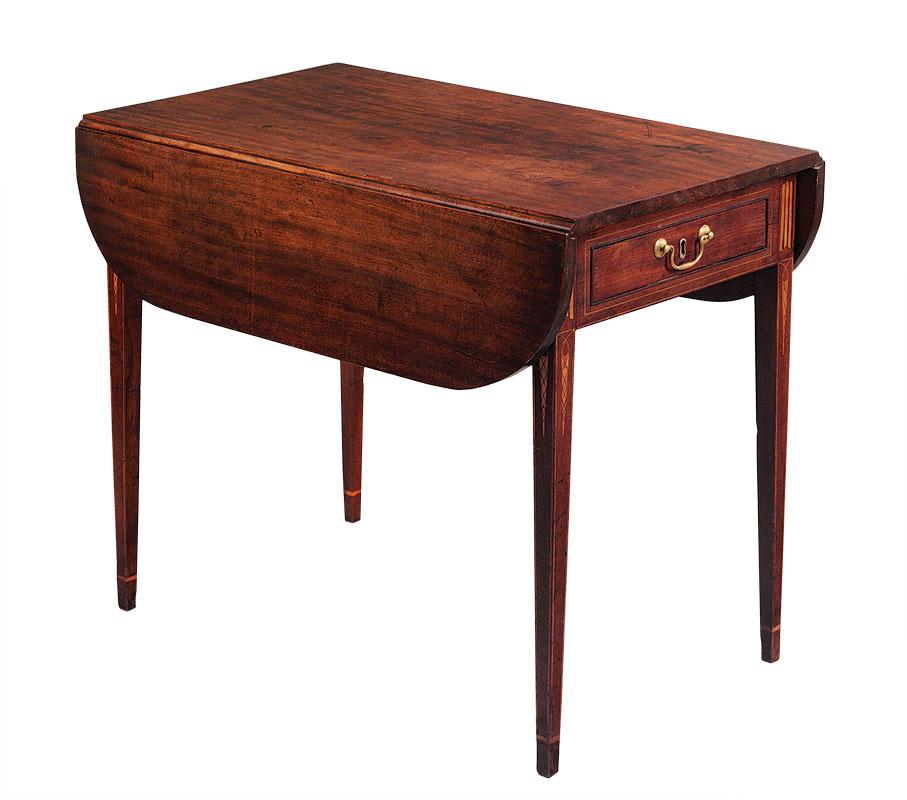 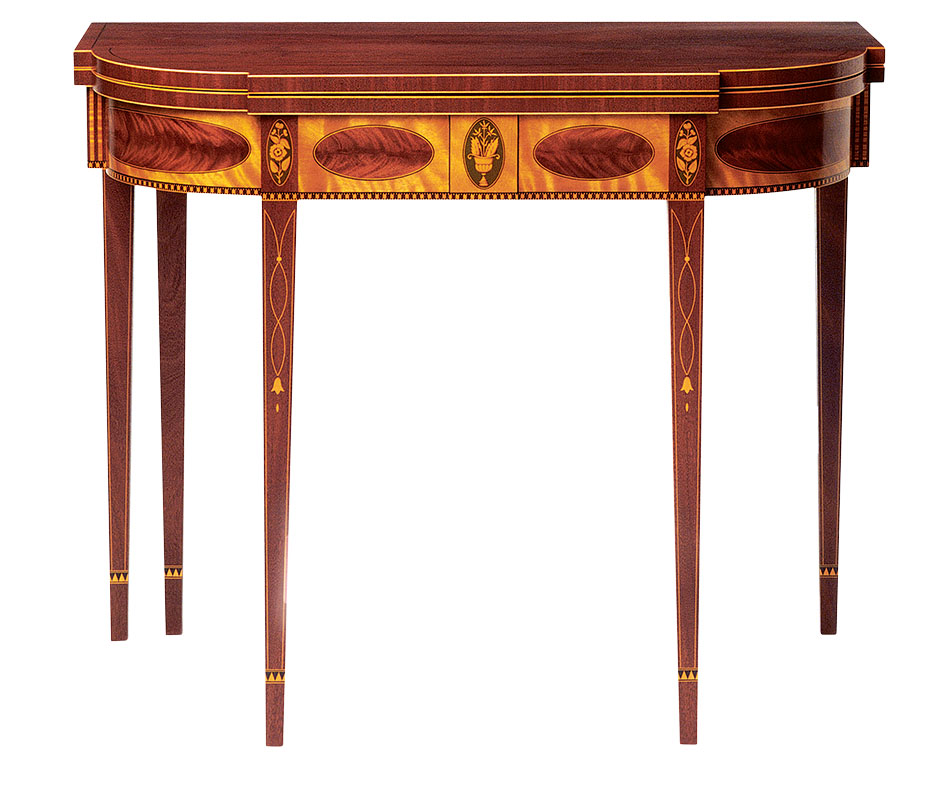 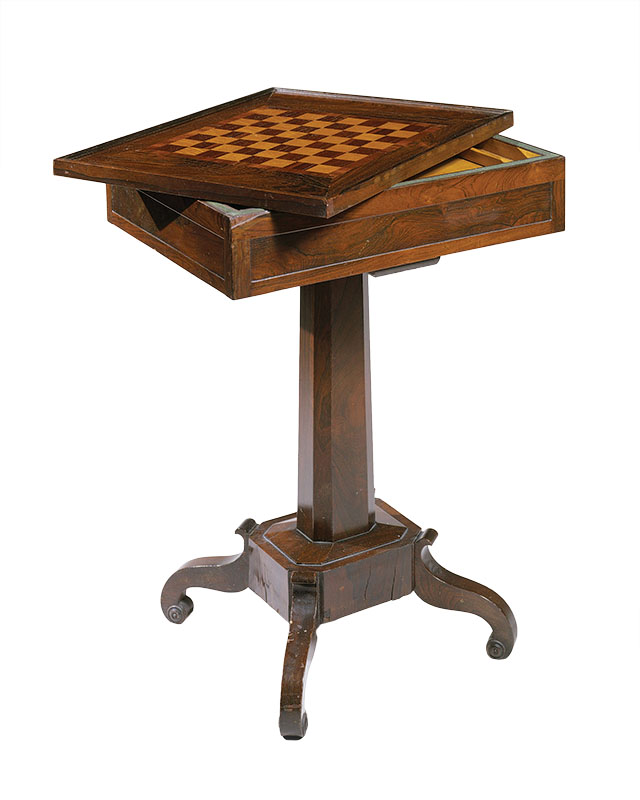 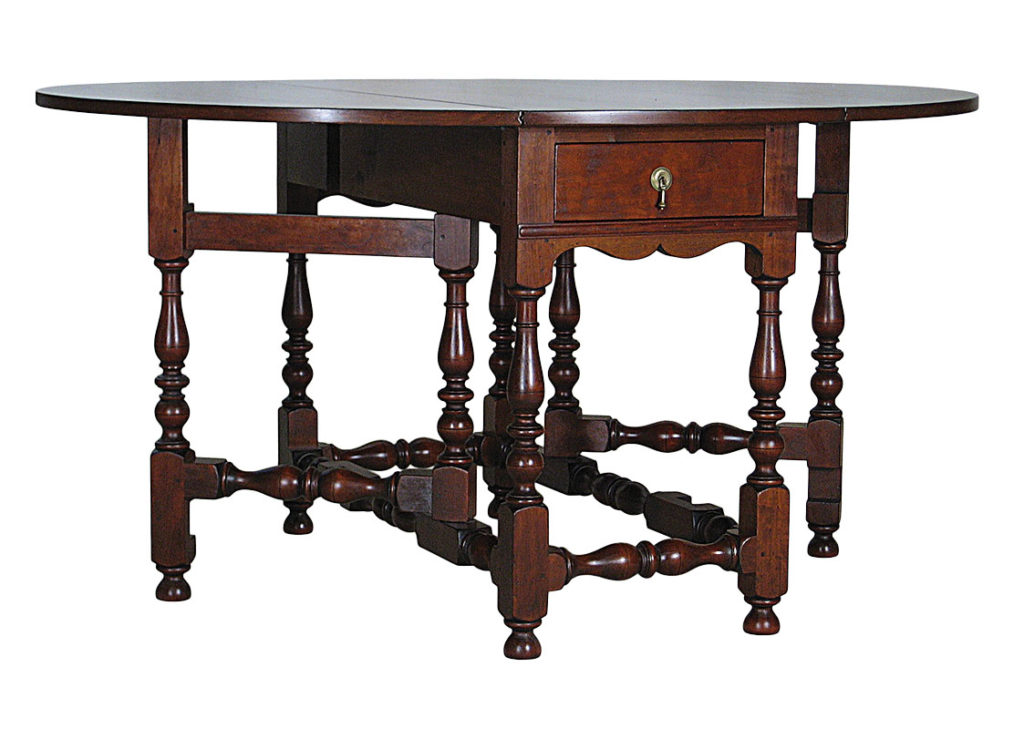 All About Wallpaper Friezes