Tucked down a snowy back road in a little town north of Boston is a house that time forgot. Actually, time has very much left its mark on the ca. 1700 (give or take 30 years) Saltbox: Floorboards and the stairs are deeply worn from generation after generation of treading feet. It’s the sort of house that embraces you. During the holidays, the house pulls you back into generations past. Christmas lasts for six weeks or more in the historic Matthew Peabody House.

During the rest of the year, owner Jody Clineff has her eye on eBay. “I spend all year hunting,” she admits, on the lookout for trinkets that will add to the holiday cheer in an appropriate way. Jody admits that decorating a pre-Revolutionary house for Christmas is a lesson in restraint. 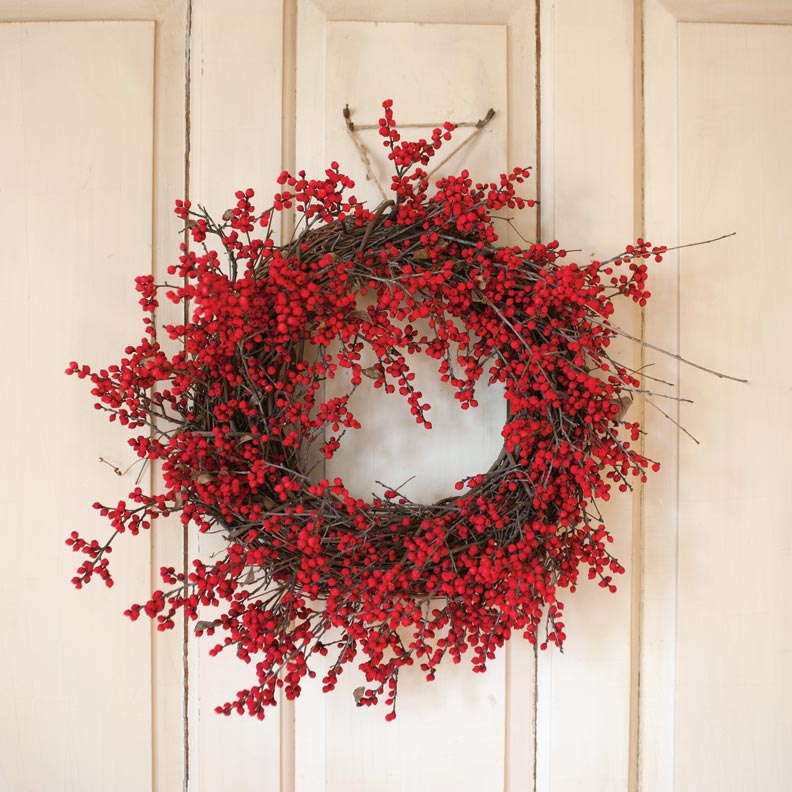 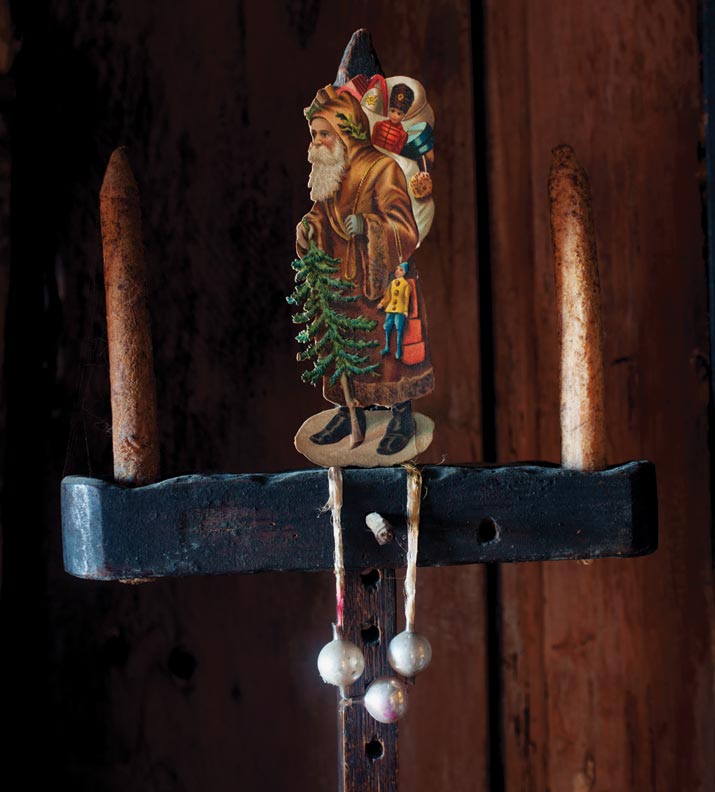 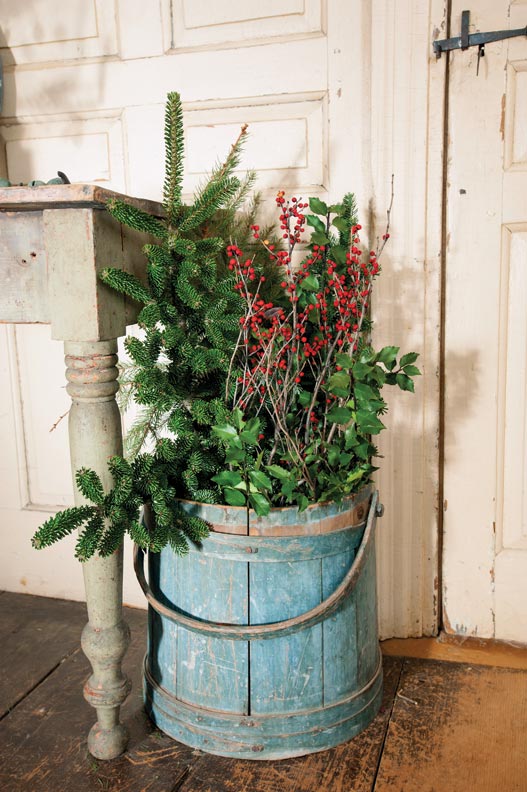 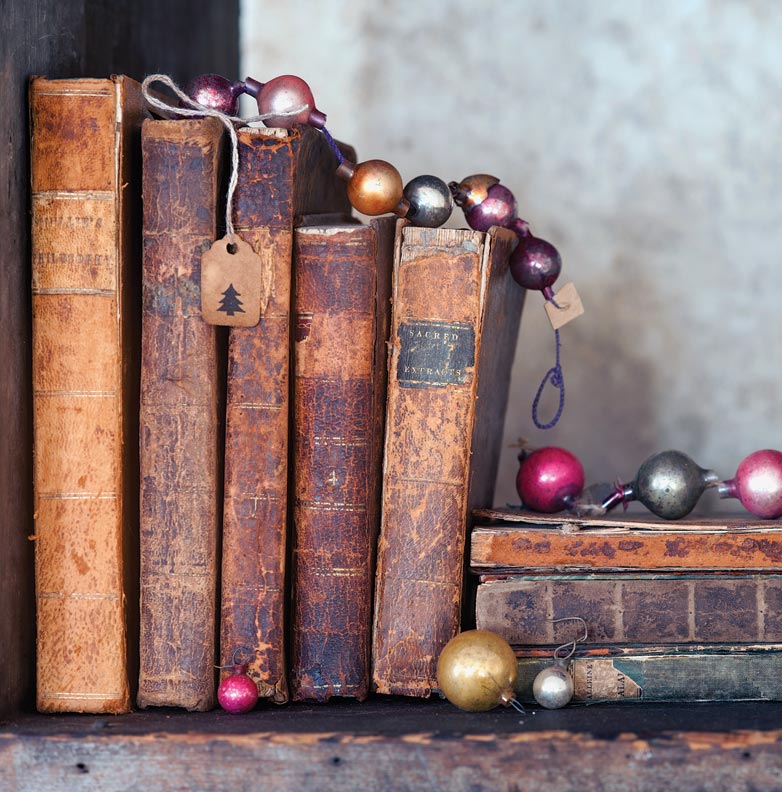 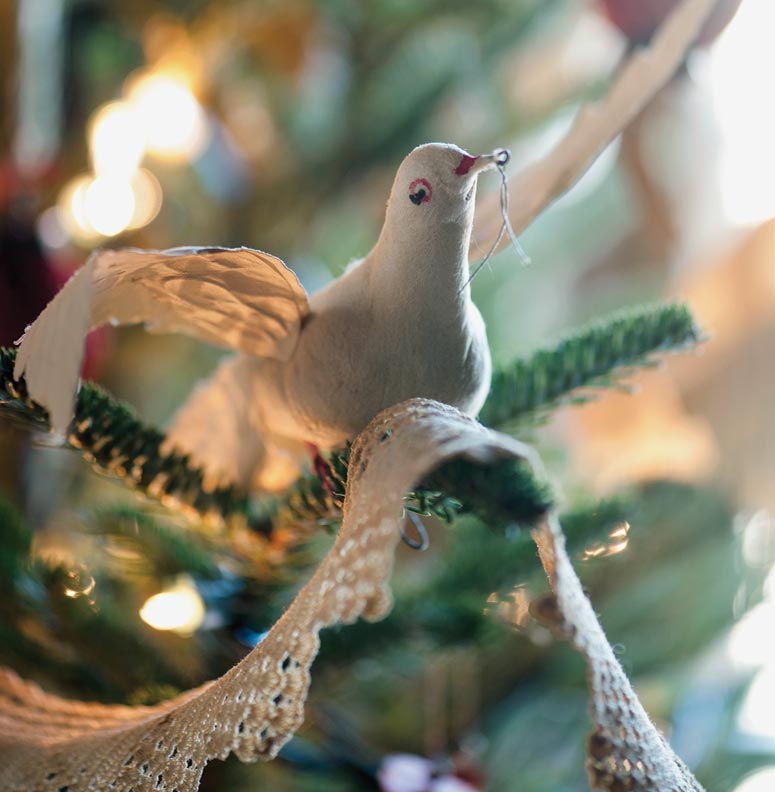 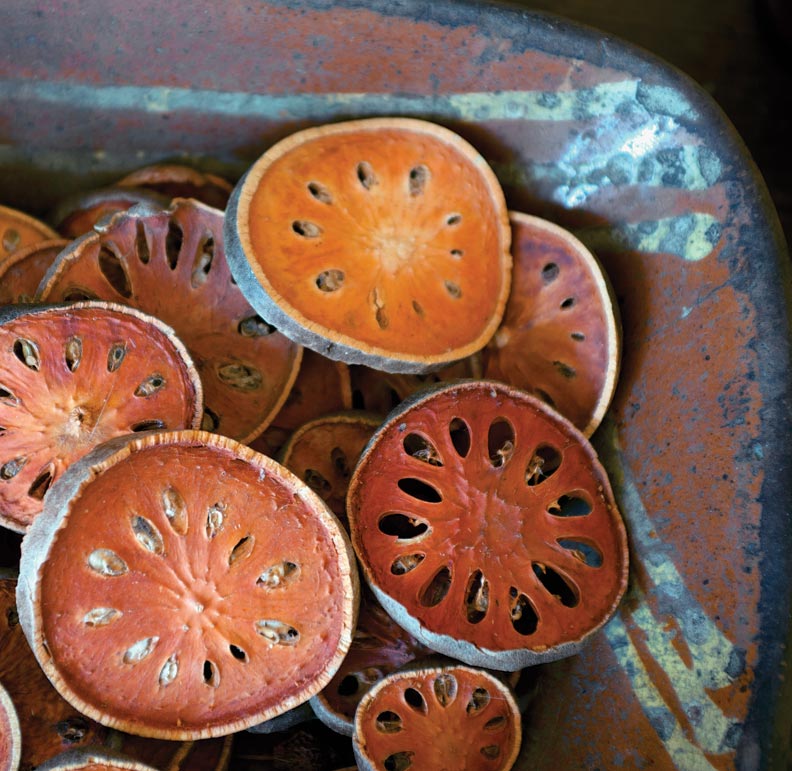 Although the First Period house was something of a wreck—it had been owned by an institution and sat empty for 12 years—it had a pedigreed history. Jody learned that the Matthew Peabody House was purchased in 1736 by the great-grandfather of the renowned Peabody sisters—Sophia, who became the wife of Nathaniel Hawthorne; Mary, who married Horace Mann; and Elizabeth, who started the publishing house that brought to print such works as Thoreau’s Essay on Civil Disobedience. And every inch of the property is tied to the town’s roots.

Jody has a penchant for adoption (dogs, cats, and houses), and knew she would be a good steward. For the holidays, she warms the interior without cluttering its spare Yankee integrity. “The trick is not to do the same thing twice,” she says about her changing themes. Decorating the house takes a month, from the week before Thanksgiving until the week before Christmas.

Two full-sized trees (“Granted, that’s over the top . . .”) serve as festive focal points in frugal rooms that, for the rest of the year, are starkly authentic. Jody also puts up several feather trees hung with miniature ornaments. Typically, seven trees are in the house by Christmas. Each room is decorated according to its mood, with plenty of space between tableaux. Not everything is old. New objects that fit get instant history by association, set amidst vintage things in the old house.

Ornaments are changed up every year from an ever-expanding collection. Jody’s whole extended family has a fetish for old ornaments, which feeds considerable sibling rivalry into the hunt. These days she seeks a range of styles and shapes. Her oldest ornament probably dates to 1910. She leans toward oddities—whimsical, carnival-like glass and figures that aren’t always holiday symbols. Well represented, though, are elves and reindeer and Santas. Colors cover the spectrum, but yellows and blues (often clouded or faded) repeat through the display. Crocheted trinkets offset the sparkle of glass. Like the house, ornaments are not necessarily in pristine condition.

When all the ornaments have been hung, when all the bowls are filled with fruit and nuts, then Jody strings the cranberries that add swags of holiday red. Finally, she wraps the gifts for her family and places them under the tree. What does Jody get for Christmas? That’s a no-brainer. She gets the ornaments she lost to mysterious out-bidders on eBay all year.