Mary thacher’s family roots in Yarmouth Port, Massachusetts, dated to the 17th century. When she bought the 1780 Winslow Crocker House in 1936, she moved it from its original location in West Barnstable to her ancestral lot just six miles away. It became a fitting home for the antique furniture Thacher had been collecting all her life—as well as a place to experience a Colonial house, albeit one that conformed to her ideas of what Colonial should look like.

For one thing, she replaced the original six-over-six windows with 12-over-12 lights, thinking they looked more authentic. While the house’s fine woodwork would have been painted in the 18th century, she stripped it. Thacher moved the oven in the old kitchen’s fireplace to the front, where it was more prominent in the room she used as a dining room. She put wallpaper above wainscots, laid down mid-19th-century hooked rugs, and decorated with pewter and ceramics.

For the most part, however, she preserved the old house, guided by her friend William Sumner Appleton. An early historic preservationist, he founded what is now Historic New England, who own the Winslow Crocker House today. Together, Thacher and Appleton dismantled the old house, labeled each piece, then put it back together.

It is an exceptionally fine house for Cape Cod in the 18th century. In this region of small farms and fishing ports, the rich paneling, large rooms, and elegant details make the house unusual for its time and place. Winslow Crocker, a privateer in the Revolutionary War, built it for his family after the war, when he became a merchant. There is speculation that he may have been a rumrunner, a common occupation for those involved in trading at this time. Little is known about his later life because a courthouse fire destroyed many local records during the 19th century.

The house remained in the Crocker family until Mary Thacher bought and moved it. She lived there until she died in 1956. Today, the house is almost entirely as she left it. Her ideal of Colonial style speaks of early 20th century ideas . . . but her furniture collection is the real thing, a “thorough survey of early styles including Jacobean, William and Mary, Queen Anne, and Chippendale.” 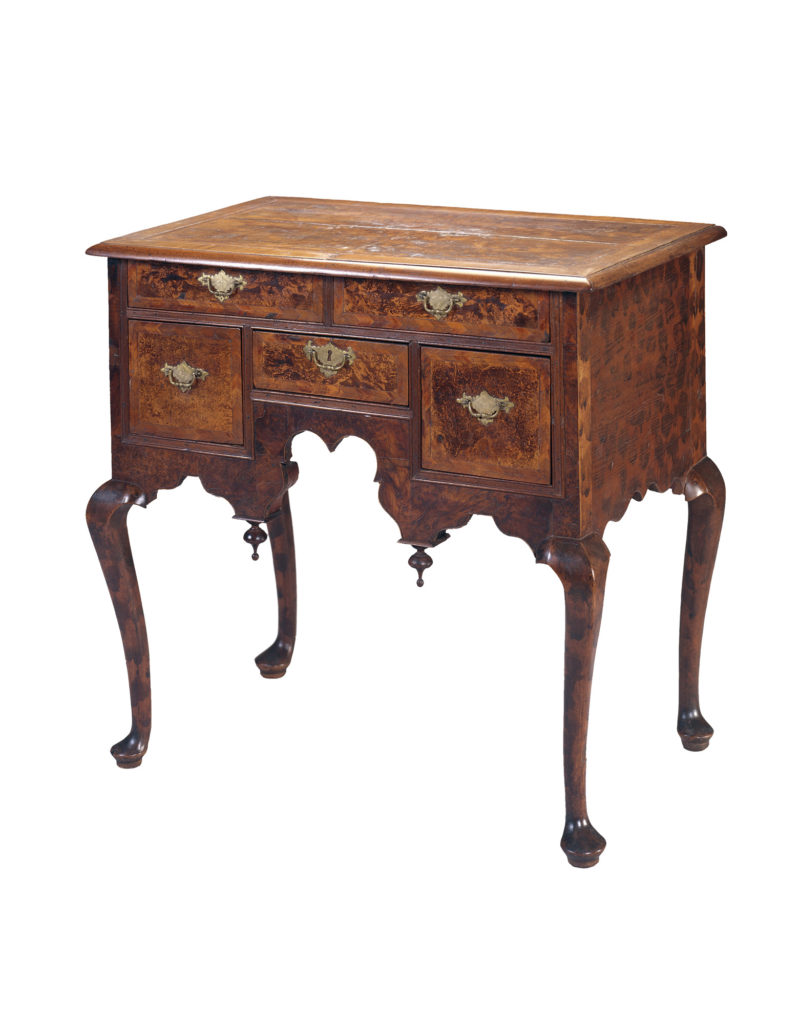 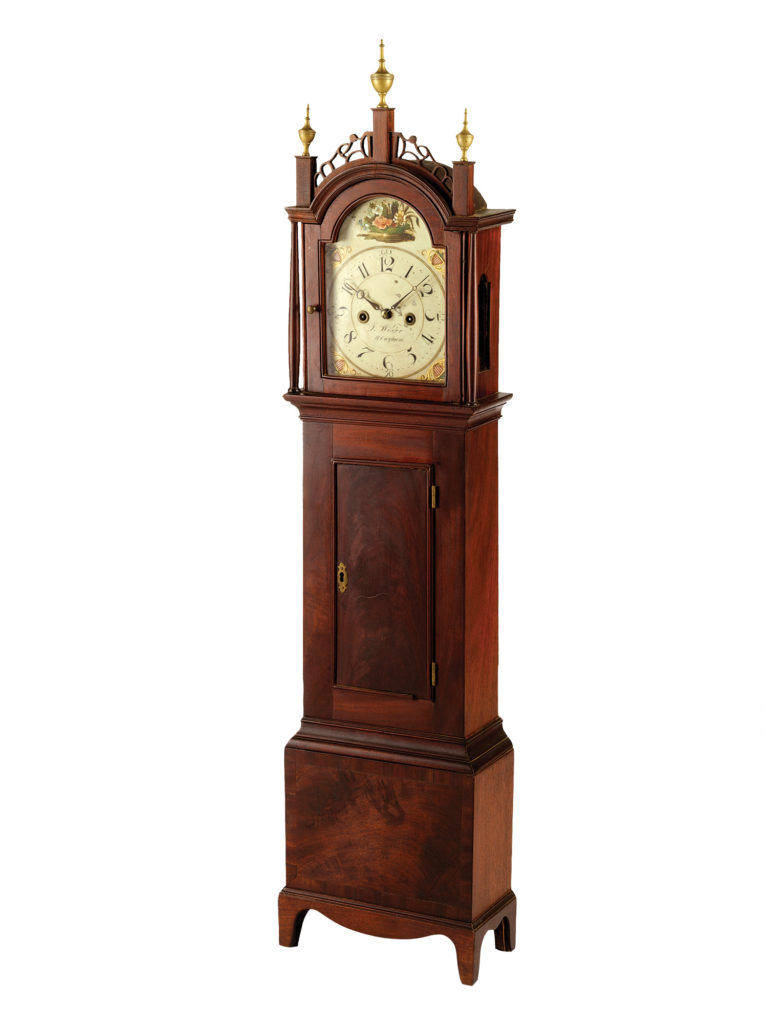 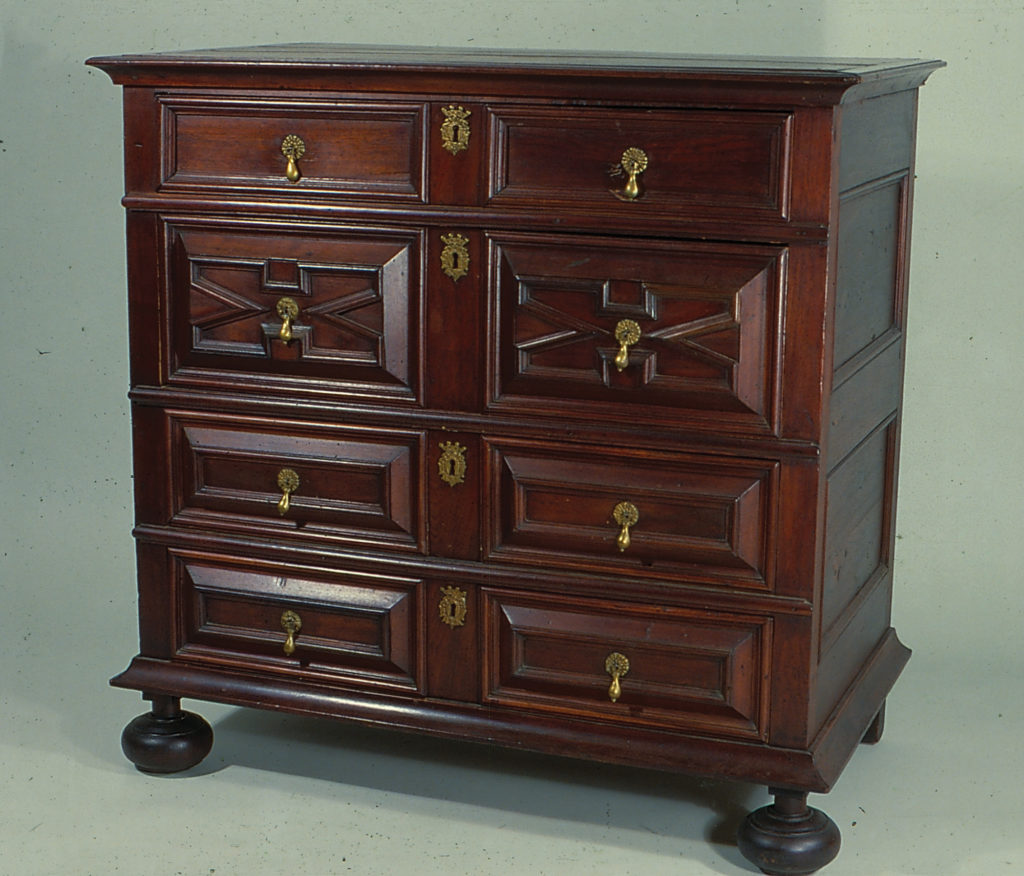 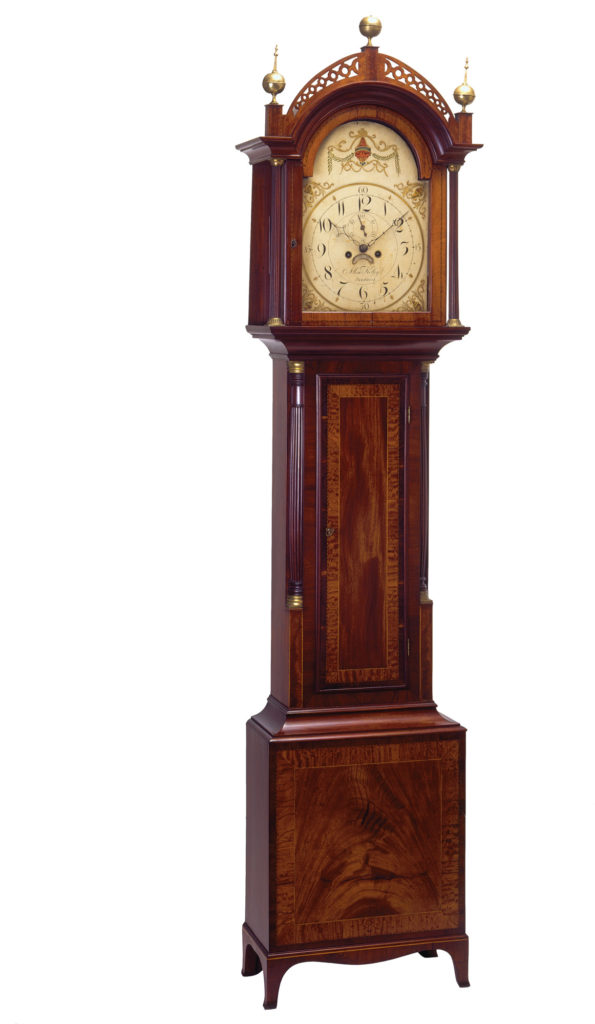 Antiques in the House

Tall Case Clock, 1815–1819 The Hepplewhite tall-case clock was built on Cape Cod by Allen Kelley of Provincetown, while the case is attributed to Eliphalet Edson of Yarmouth. Of mahogany and curly satinwood, it has delicate fretwork and French feet. The signed dial has a richly painted lunette with a foliate and blossom decoration; the brass movement is of eight-day duration.

Chest of Drawers, ca. 1670  Believed to be from the Boston area, the Jacobean chest of drawers has bun feet and teardrop brass pulls. Its construction exemplifies 17th-century joinery and its primary material, walnut, reflects how that wood was coming into fashion in 1670s America.

Dressing Table, 1735–1745 The dressing table made of black walnut with ash and maple veneers may have been built in Boston or Essex County, Massachusetts. Mary Thacher purchased it at auction in Marblehead, Mass., in 1927. It boasts the original brasses and its original burl-painted finish.

Dwarf Clock, 1819 Mary Thacher bought the four-foot-tall clock in the 1930s for $42.50. Made by Joshua Wilder of Hingham, with a mahogany and pine body by cabinetmaker Abiel White. Wilder, who was a Quaker, followed the Quaker practice of numbering the day and the month.

Cradle, 1665–1685 The favorite piece of visitors to the house, the cradle built of red oak with a white-pine bottom and rockers is an ancestral Thacher family piece. Elaborately constructed with an arched bonnet built of decoratively turned spindles, it was made on Cape Cod.