It was a happy accident. David Lans and his wife, Lynne Doll, were “neighborhood shopping” when they stumbled across their dream house. The 1928 Mediterranean-style house sat on a steep hillside in Glendale (a suburb northeast of downtown Los Angeles).

The house was empty, run-down, and in dire need of work, but David and Lynne recognized its potential immediately. It was a pristine example of 1920s Spanish Colonial architecture, untouched and untampered with since it was built. Through the years of neglect, they could see its classic bones and elegant simplicity.

The house, typical of the period, is eclectic Spanish Colonial with Moorish touches. At 3,300 square feet, the house was spacious without being overwhelming. “The scale of the house is wonderful. The rooms have volume without being outsized,” says Lans.

Constructed on three levels on a terraced lot, the house offers breathtaking views of Glendale, downtown Los Angeles, and the Santa Monica mountains. “We had never considered buying a ‘view house’ before,” Lans recalls, “until we saw this one. Now it’s one of our favorite things about the house.” 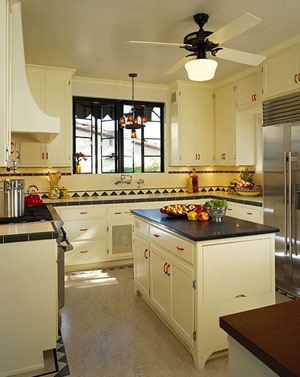 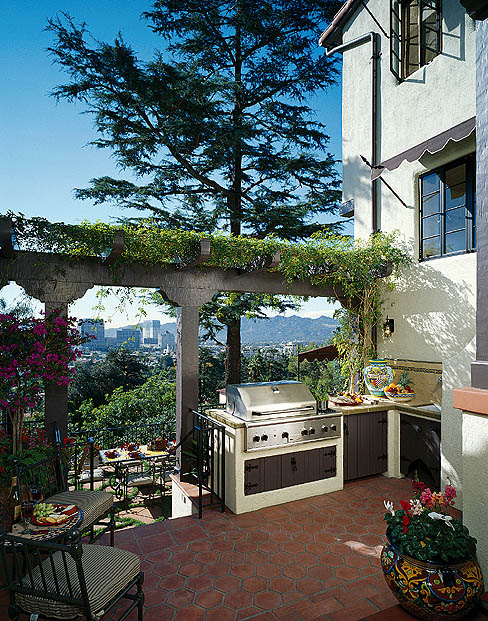 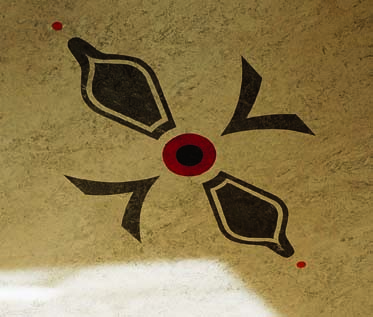 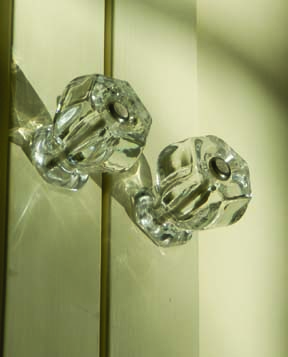 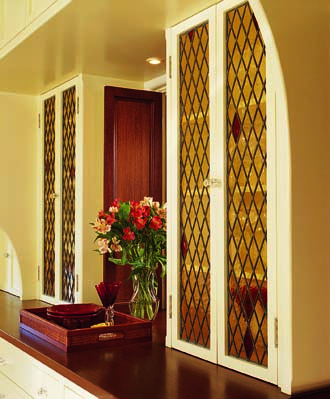 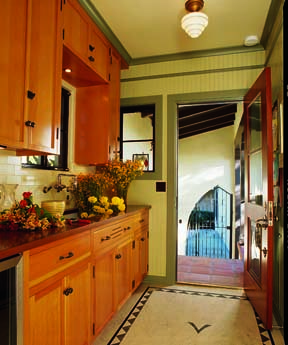 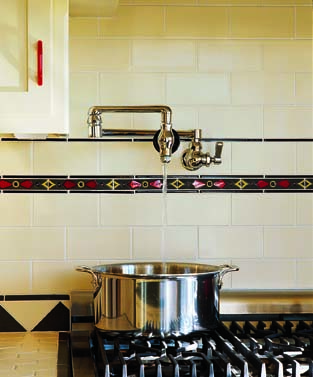 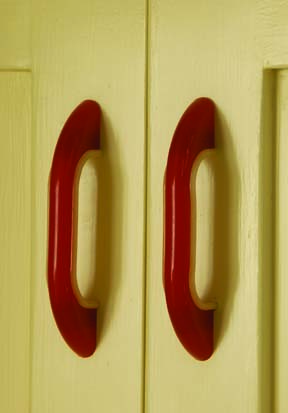 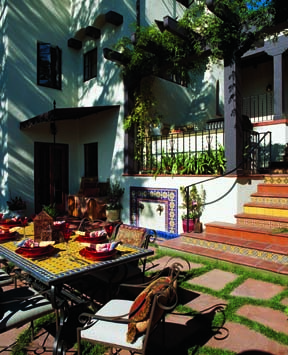 It was ripe for restoration. “All of the original fixtures were intact,” says Lans, a commercial photographer. “The steel casement windows and brass fixtures were all there. It still had the fireplace tools, mahogany paneling, curtain rods—those things are priceless in a restoration.”

The downside of the house’s untouched character was dilapidation. “The floor plan had never been altered, but it needed new plumbing—everything leaked. It had been standing empty for over a year, but the previous owners had obviously been smokers, and they hadn’t opened a window in 15 years. They were all painted shut!” Lans says.

Lans and Doll embarked on a very systematic renovation, being careful to preserve the architecture and maintain its authenticity. They met with designer Liza Kerrigan and discussed their goals and needs, making a long-term commitment to the project. “My advice to anybody who is about to embark on a restoration project is that they spend some time living in the house first, getting to know it and understand it,” Lans says. “Otherwise, you go ahead and make a lot of blind changes that might not work, and you end up spending a lot of money and you’re still not happy with the house.

“Liza was great,” he continues. “She understands being respectful of a room and the house. We spent two or three years working with her to create the master plan.”

Many of their discussions centered on the kitchen. Typically, kitchens are one of the most difficult rooms to restore in an old house, since they were frequently small and cramped by contemporary standards, lacking sufficient workspace and wiring for a modern cook’s exacting requirements. The challenge facing Kerrigan and her clients was to turn the small, dark, outdated Depression-era kitchen into a gourmet cook’s paradise, with abundant prep space and state-of-the-art appliances.

Doll, the owner of a public relations firm, is a passionate cook and loves to entertain. It is not unusual for her to host a sit-down dinner for 20 guests and do all the cooking herself. “Lynne absolutely loves to cook,” Lans explains. “It’s her favorite pastime.”

Doll’s first requirement was storage space for her utensils and equipment, but she wanted to maintain the scale and integrity of the room. The kitchen had been remodeled in the 1970s. “It had cheap dark cabinetry,” Kerrigan recalls.

Lans found a cache of Douglas fir at an old lumberyard in Pasadena, and he and Doll fell in love with the mellow color of the wood and its rich vertical grain. He used it to build the new kitchen cabinets himself. “I became the subcontractor,” he says proudly.

The light wood cabinetry is complemented by a pale cream paint that closely matches the outside of the house. A center island was created for added workspace; it conceals a foldout table that offers even more room when needed. This type of artful concealment is a theme in the room: Lans constructed a panel front that looks like three drawers to disguise the dishwasher, and he hid a pair of warming drawers behind another piece of cabinetry.

Kerrigan moved and enlarged a window to bring natural light into the once-dark room, and she custom-designed a new pattern for the linoleum floor. It was hand-cut and installed, piece by piece, by Laurie Crogan of InLay Floors. “It’s the right material for the period,” says Kerrigan. “I didn’t want to overwhelm the small space with a large checkerboard pattern, but I wanted it to look like it belonged in a new house in the 1930s.” Kerrigan also custom-designed the leaded-glass breakfront that provides additional storage for the kitchen. “It’s huge!” she laughs. “At first I was afraid that it wouldn’t fit or that it would dwarf the entire room, but it works perfectly. It occupies the whole west wall of the kitchen.”

A bathroom was sacrificed to transform the laundry room into a butler’s pantry adjoining the new kitchen. “We converted a full bath into a small powder room to gain some extra space,” says Kerrigan. “We wanted to make a distinction between the kitchen and the butler’s pantry. It’s a more masculine and utilitarian space.” The butler’s pantry, painted in shades of sage green and bordered in Malibu tiles, also has its own dishwasher and refrigerator for beverage and wine storage.

“We doubled the amount of storage without going outside the original square footage,” Kerrigan says. It took a year and a half to complete, from initial planning to end of construction. The clients are delighted with the results, and Kerrigan is proud of what they accomplished together. “As a whole space,” she says simply, “it’s really beautiful.”

The long process of restoring the house was very satisfying for Lans and Doll. Collaborating with Kerrigan, he and his wife have created a home for themselves and their eight-year-old daughter, Natalie, that is uniquely their own, an expression of their creativity and vision; in doing so, they have become caretakers of history. “We’re not going to live here forever,” says Lans. “We’re going to pass it on to someone else eventually, and it will last longer because we took care of it and did the right thing by it.”

Lynn Morgan is a freelance writer living in Los Angeles.