You might say that Julia Hanfling has been stewarding this house in Portland’s Colonial Heights since she was 14 years old. That’s when she took it upon herself to “rescue” the door hardware from a neighboring house about to be razed by a developer. She carried the items home and then installed the vintage hardware throughout the downstairs.

Her parents had purchased the house in 1968: “They saw the For Sale sign and knocked on the door with high hopes.” Julia says her parents were smitten as soon as they stepped through the entry. Despite the previous owner’s list of problems—the house needed a new roof, new wiring, and paint—the Peralas knew it was where they wanted to raise Julia, her brother Kendrick, and her sister Christine. They said, “We’ll take it!” The price was $16,500. 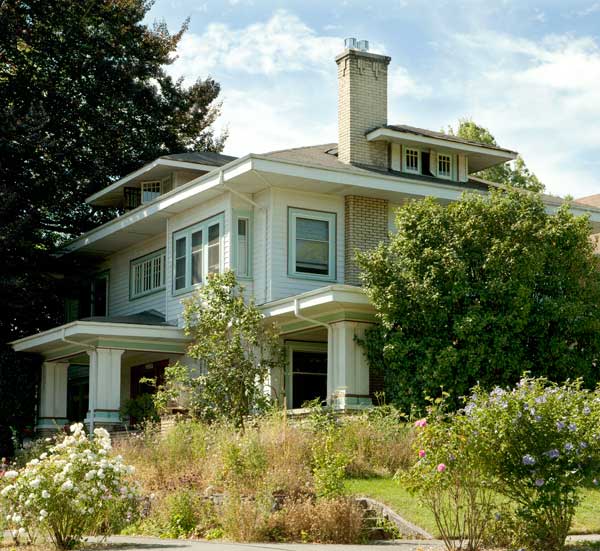 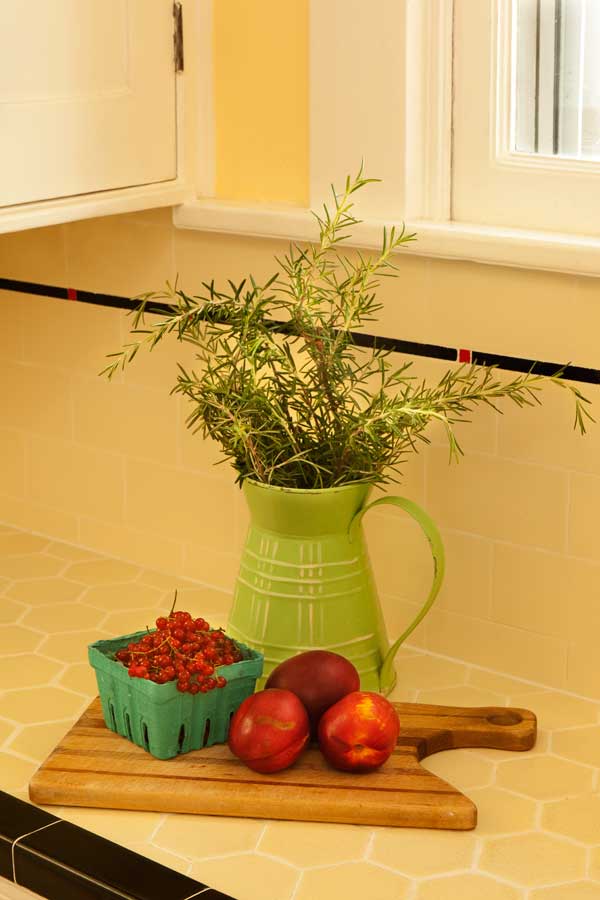 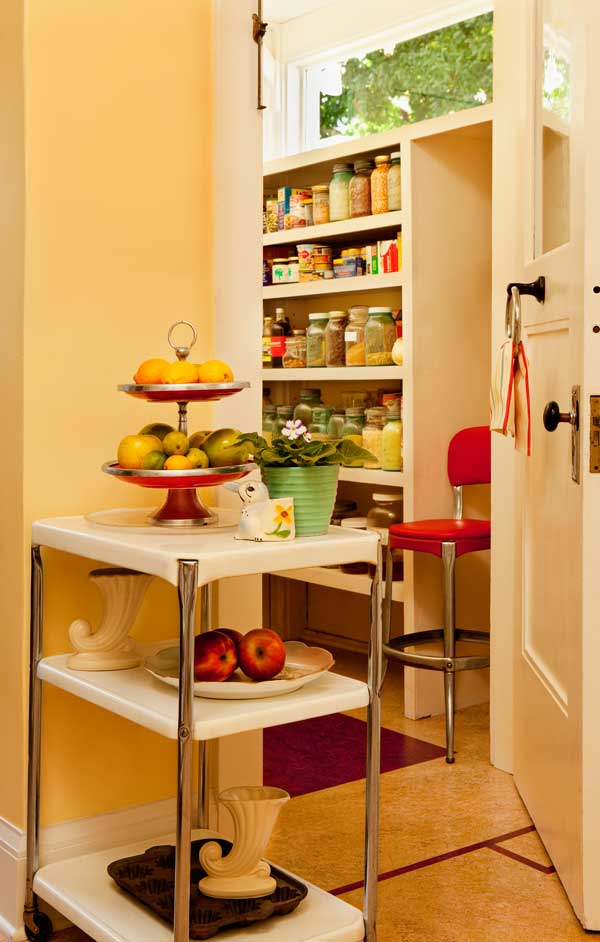 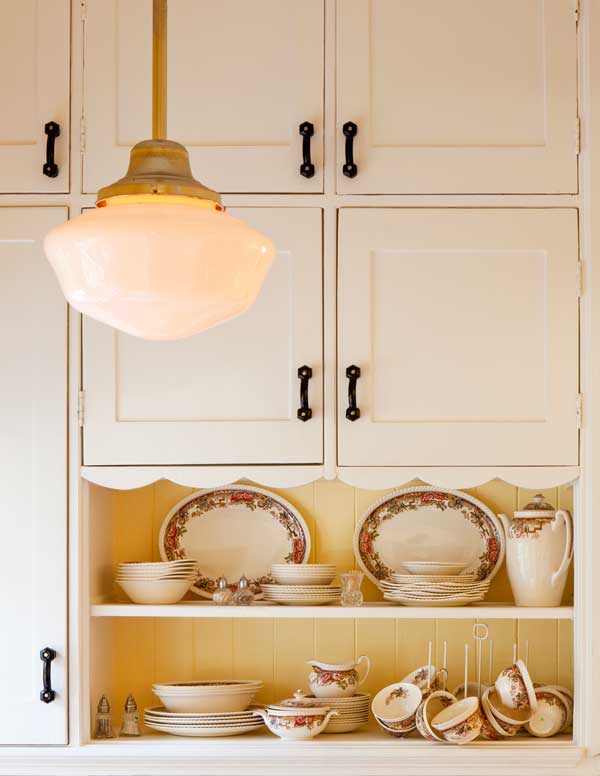 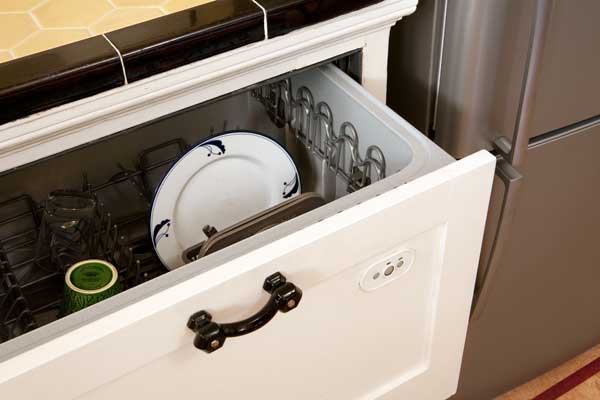 Julia says her parents were lively people who hosted guests from around the world—most of the time in the kitchen. “We called them the Idle Roomers,” she says. “My mother loved whipping up meals and served anyone who came by, then she put them to work in the kitchen when dinner was done.”

More than three decades after she’d moved away, after her mother had passed, Julia came home to care for her ailing father. In 2005, she and her husband bought the old house. Now it was Julia’s turn to brighten up the kitchen; its original features were largely untouched, thanks to her parents’ consuming interest in things other than renovation.

The Hanfling restoration started in 2008, when work on a bathroom upstairs compromised the kitchen ceiling. An unvented stove had been placed so that it obstructed the hallway entrance by 6″. The refrigerator was between nook and pantry, blocking light. Walls were a muddy green.

With the ceiling open, the contractor could conceal a mechanical ventilation system within cupboards custom-built to match the originals. Julia had spent years researching parts for old houses, and chose a reproduction Heartland stove with six gas burners and both convection and warming ovens. “When I learned on a Wednesday that Heartland stoves were going up 6 percent in price by Friday,” she recalls, “I called up Joe Mosee at Standard TV & Appliances and he wrote up my order.”

Julia’s parents had wanted a dishwasher, but didn’t want to ruin the cabinets installing one. Julia specified a double-drawer dishwasher with the cabinet front customized to fit with the original cabinets. A bit of original wallpaper remained in a cupboard over the baking center. Julia used its color to choose her wall paint: ‘Popcorn Kernel’ from Benjamin Moore’s Classic Colors.

Two colors of Marmoleum replaced the 1970s tile flooring. A red border in the linoleum visually separates nook from kitchen and kitchen from pantry; the installer created a 6″ square motif so the line would not pass under the stove. The convivial spirit her mother cherished is alive in this kitchen, and Julia wishes her parents were here to see how the room looks now. Like her parents, Julia opened her door, agreeing to put the kitchen on the Architectural Heritage Center’s Kitchen Revival Tour in 2010. Encouraged by Karla Pearlstein [restoringhistory .com], she shares her work with others.

“I’m very glad our house wasn’t wounded the way others have been,” she says. “Old houses have a lot to teach us about design, the use of space, and even ventilation. Newer is not always better!”

Designing the Victorian Bath for Today

3 Ways to Design a Bath in an Early House