Books and products mentioned in oldhouseonline stories are chosen by our editors. When you buy through links on this site, we may earn an affiliate commission.

When Cindy Young was negotiating to buy her 1947 cottage in Portland, Oregon, the men selling it told her they were about to gut the kitchen. Cindy saw it as the most redeeming part of the fixer-upper house. She got the sellers to agree to leave the kitchen alone, and instead give her credit toward the Forbo Marmoleum floor she wanted to install. (She also got a new heating system and a fence in the bargain.)

Cindy boned up on the history of the period so she could appreciate the times. She culled decorating tips from advertisements in vintage home décor magazines. “That’s where the idea to use linoleum countertops came from—instead of atomic-age boomerang laminate, which is more 1960,” Cindy explains. The entire house is furnished and decorated to the postwar period. A thorough search of neighborhood garage and estate sales turned up vintage accessories for every room.

1. WORKING VINTAGE
The stove is 1947, the Philco fridge from the ’50s. Very authentic, and even if the appliances may be less efficient than today’s models, they are smaller and aren’t taking up space in a landfill.

2. CHEERY CHERRY WALLS
Wallpaper in the house is vintage, too: unused period stock purchased from Hannah’s Treasures in Iowa. In the breakfast nook, a little wood table and chairs predate 1950s chrome furniture.

3. EVERY MATERIAL & DETAIL
The near-original but worn kitchen was restored with Marmoleum flooring and countertops. Rounded shelves hold 1940s dishware. Café curtains made from an old remnant mimic a style seen in a 1940s magazine.

If you want a Bakelite radio, it’ll have to be vintage. An alternative is the ‘Detroit’ FM AM radio alarm clock with mid-century Motor City-style and real dial knobs. In red, green, blue, or black, it’s made by Audible Fidelity (U.K.) and sold through amazon.com 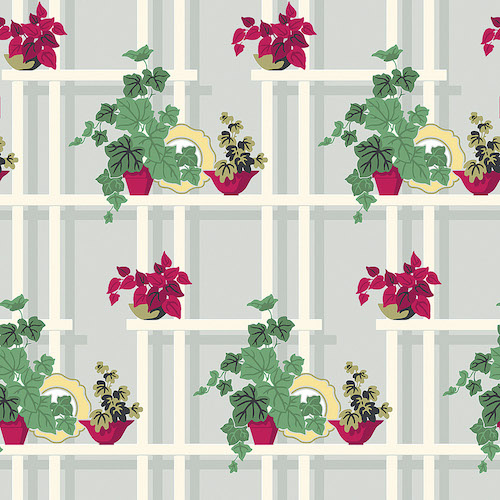 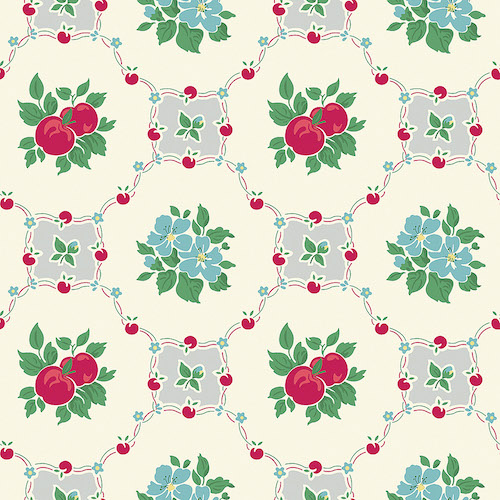 Retro in style but with an 18.5 cu.ft. capacity and a separate freezer, Elmira’s Northstar series Model 1950 fridge comes in nine colors including Bisque, Mint Green, and Candy Red. elmirastoveworks.com

Delta’s ‘Linden’ single-handle faucet and side sprayer in chrome is just the sort of affordable, Streamlined piece that would have been in the house. For two- or four-hole installation, through Home Depot. deltafaucet.com, homedepot.com