On Braulio Casas Architects’ website, there is the standard link to “About Us,” and when selected, takes you to a simple mission statement that reads: “Braulio Casas Architects is an award winning architectural firm deeply committed to offering a full spectrum of design services including interior design. We specialize in fine well-crafted towns, neighborhoods, and buildings of all types especially custom homes.”

It is short and sweet—revealing the nature of what great architectural design is: thoughtful and refined.

“We focus on two things in our renovation and design process,” explains Casas. “Listening to the client as closely as possible, and trying to hear what they don’t say.” By doing so, Casas has found it enables his clients to describe a new narrative for the home they have grown to love.

These older places are located throughout developments that have sprouted up along the Emerald Coast in Florida’s Central Panhandle. Places like Rosemary’s Beach, Seacrest, Alys Beach, and most recognized: Seaside—the first of such uniquely compact New Urbanist developments.

“They are all thoughtfully planned communities that incorporate highly detailed structures with thoughtfully executed designs,” he summarizes.

Yet it was at Seaside where Casas first cut his teeth while serving four years as the town architect. From there, he opened his first office in next door Watercolor, eventually settling in his current location in Santa Rosa Beach, where he and his team offer full architectural and interior design services.

“Thankfully for us, many of these wonderful properties are in need of some updating,” states Casas. “This allows for the opportunity for thorough redesigns that are aesthetically beautiful, but more importantly: they feel right.”

Most of the home sites include oceanfront locations, which require special consideration of the forces of nature: faster winds and higher seas bring not just eroding shorelines, but also long-term cumulative damage
to structures.

One such structure in Watercolor that had been undergoing seven years of stove-pipe redesigns and fixes found itself requiring a whole-house overhaul. “We found the spaces needed to be more open, yet still definitive,” begins Casas. “The transitions were ill-defined, resulting in no celebration of either space.”

Along with the owners’ ideas, Casas also spent a lot of time listening to the children as well. “We discovered that the parents enjoined both consciously and subconsciously with their children’s input.” The final design eventually incorporated a broader composite of everyone’s suggestions and desires, ultimately resulting in a newly finished space that said, “this is ours.”

“I don’t mind a little initial drama during the consulting phase,” Casas confides. “It more thoroughly enriches what I love to do.”

Along with the numerous conversations, Casas’s staff would provide the client with intermediate drawings. “We made sketches to help the client envision the transformation,” he says. The client would then provide more informed feedback that eventually contributed to finalized plans.

Along the kitchen’s main wet wall, the previous standard sized black farmhouse sink was almost doubled in size, and changed to a porcelain white finish to offset the new commercial stove and refrigerator. The counter top was made of a fired clay material called Pyrolave, sourced from Paris, France. “Once it is installed, it is virtually indestructible, and will last longer than the house,” he says. 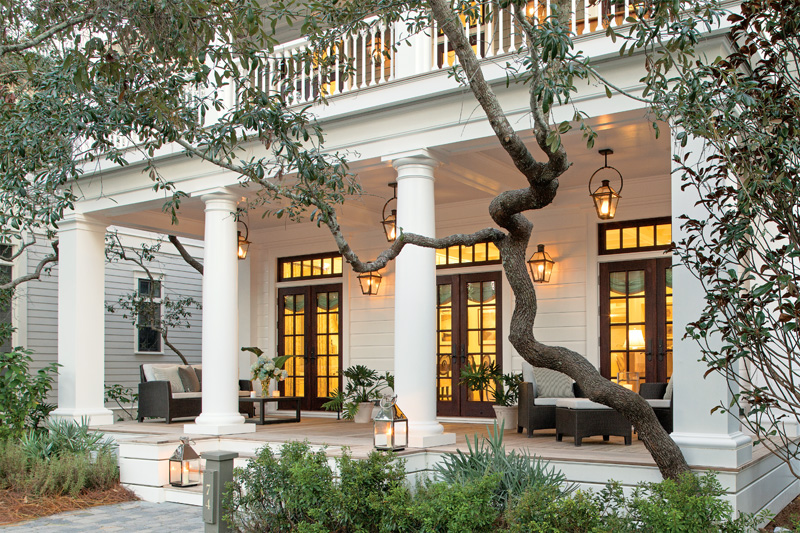 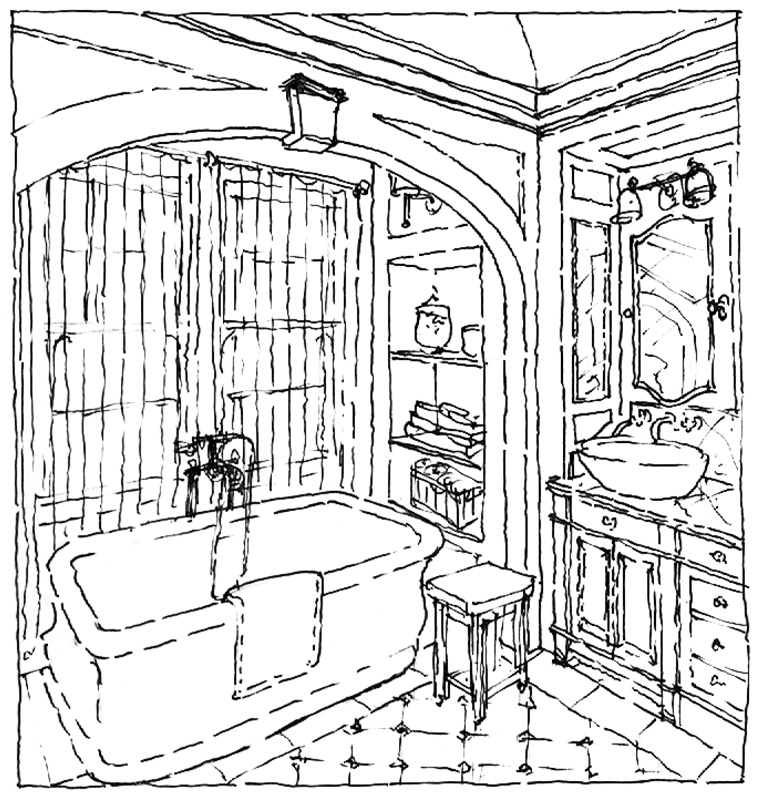 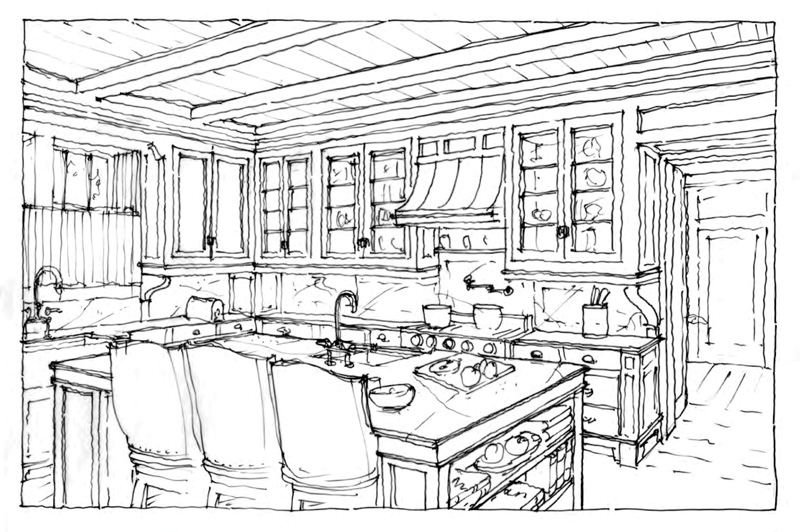 Another interesting design element that Casas introduced were arched entries into permanent workspaces—both in the kitchen, bathrooms, bar area, and study. This allowed his designs to feature separate areas within the same rooms. “We found it more important not to change too much,” explains Casas. “We listened intently to the client’s initial concerns so as to return to positions of design that they have ultimately loved all along.”

Whether by a redesigned space, or upgraded products, or subtle colors, the end result is usually met with smiles—mostly from Casas exceeding expectations. “We’ve been very fortunate to find a great group of clients to share the learned history of such a great discipline such as architecture,” shares Casas. “I am fortunate to work in a field where learning is of the first order.”