Lack of space wasn’t the primary problem in this late-19th-century house in New Jersey. The 12 x 8 room was adequate, if small by spa-bath standards. The layout, however, presented a classic old-house problem. The room had been a bedroom; when it became a bath 90 years ago, one of three doors was removed, but the two remaining created a bisecting trafﬁc pattern.

A later remodel covered the ﬂoor in brown carpet and the walls with Masonite wallboard—the ﬁrst things to go when homeowners Wayne Mason and Cheryl Wolf tackled the room. They moved the bathtub into the middle of the room, creating wall space for a much-needed linen cabinet. A shower was built into a corner. 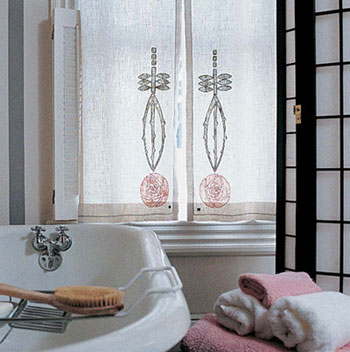 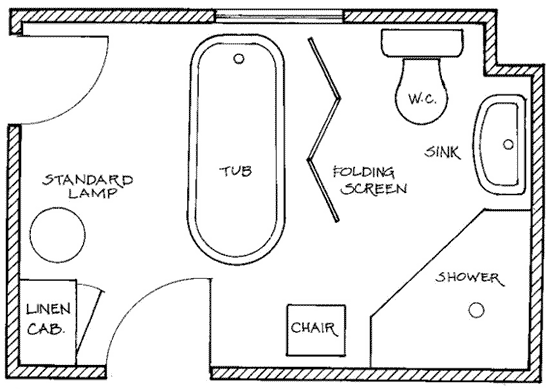 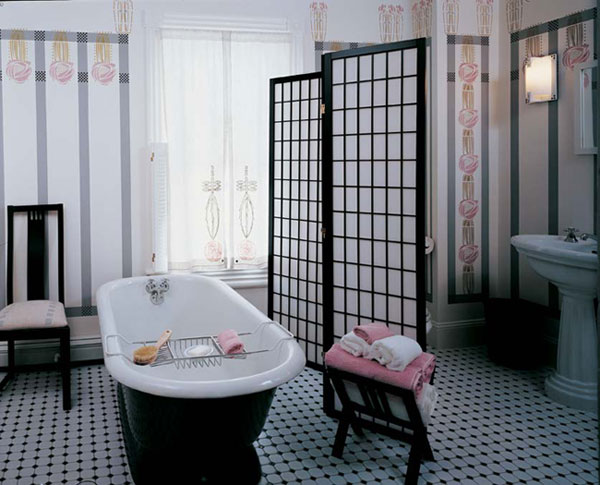 Mason, a self-described “Mackintosh nut,” used the blank slate to incorporate design motifs inspired by Glasgow architect Charles Rennie Mackintosh. This being a bathroom, he could do it on a budget. Motifs include the rose pattern stencil applied to walls and linen curtains, and the squares decorating the cabinet door. Shoji screen, black chair, and sconces, all compatible, are production pieces.