This new kitchen came about as part of the sympathetic renovation of a Connecticut farmhouse after a fire. The house was saved by the fire-resistant original plaster walls. But parts of it were severely damaged from smoke and water. Inspections would also turn up structural problems and areas that needed to be brought up to code.

The main house was mostly intact. A small bath had been added many years ago upstairs at the end of a hall, and a kitchen added in the one-storey ell. “I saw a house with plenty of history to preserve,” says designer Sarah Blank, “yet it needed to be made functional in the 21st century.” Sarah’s clients, the Ross family, had an emotional tie to the old house and agreed to a preservation approach. “We decided to add a second floor above the ell, for a master suite to include a needed second bathroom. Although the original chestnut framing and wall boards were condemned by the building inspector, the wood was salvaged and used for decorative purposes in the rebuild.”

Sarah Blank, a Connecticut native who continues to study classical architecture, has been involved in the restoration of houses dating back to the mid 1700s. “I spent a lot of time with Thomas Hubka’s Big House, Little House, Back House, Barn,” she says, referencing a seminal book about New England’s historic vernacular dwellings.

“When I got here, I realized that this house is a jewel, its classic simplicity untouched.” The main block is the “big house,” with a “little house” connector to a “back house” later addition. Sarah insisted that the ell and back house remain secondary to the main house in size, finishes, and importance, but original proportions carry throughout the whole. 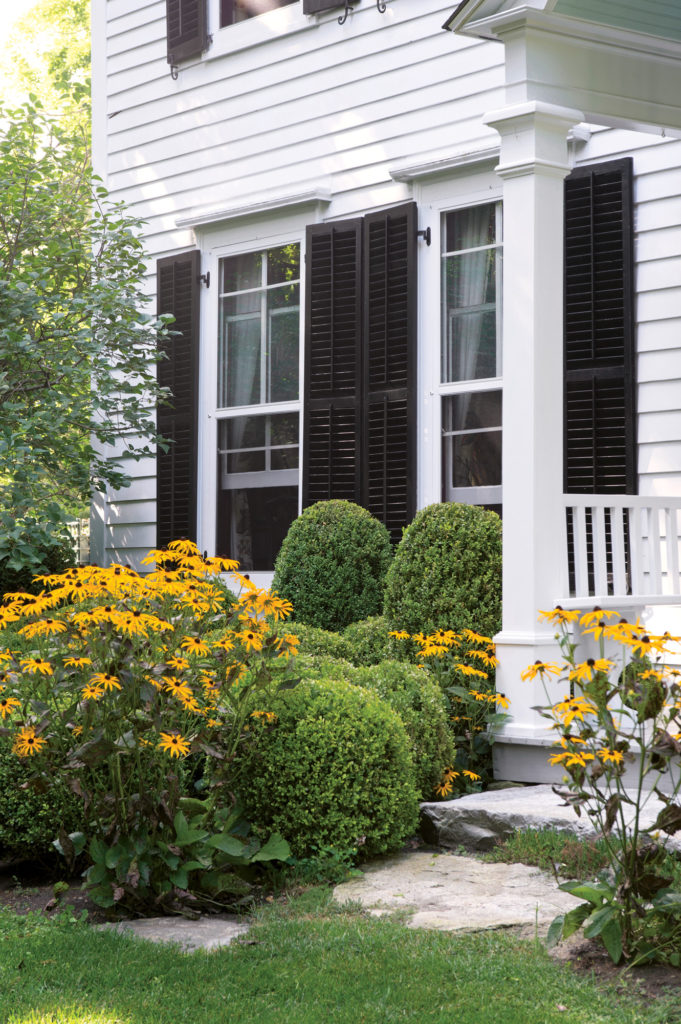 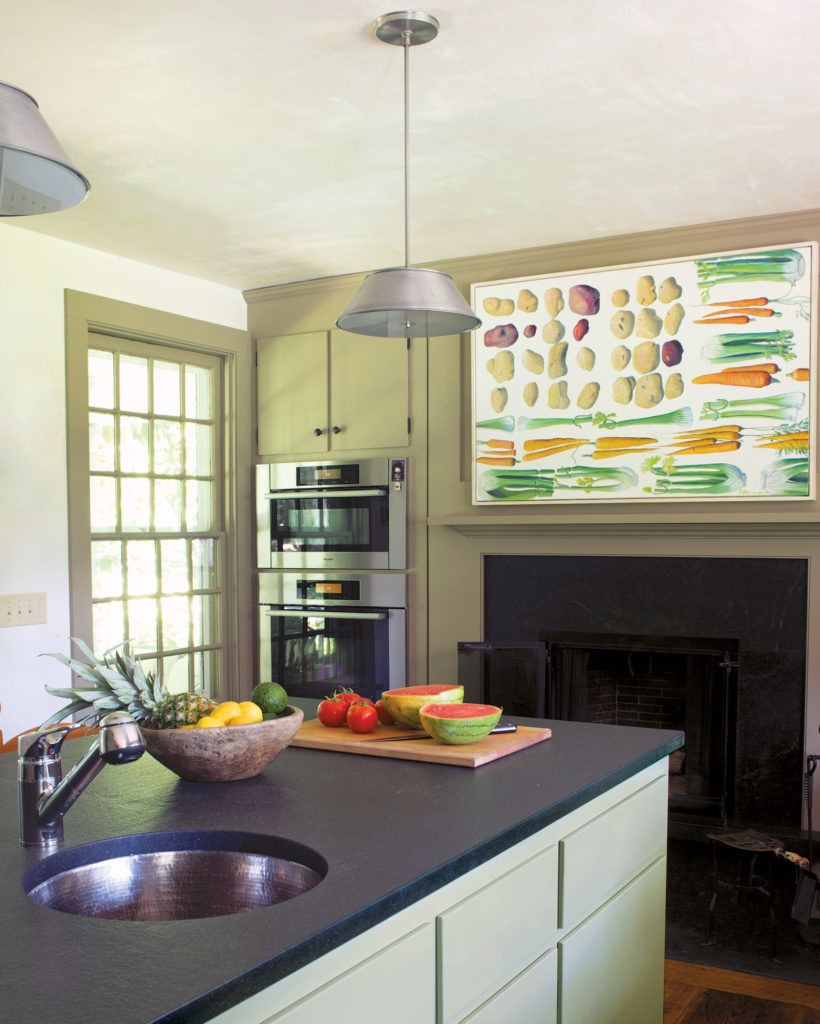 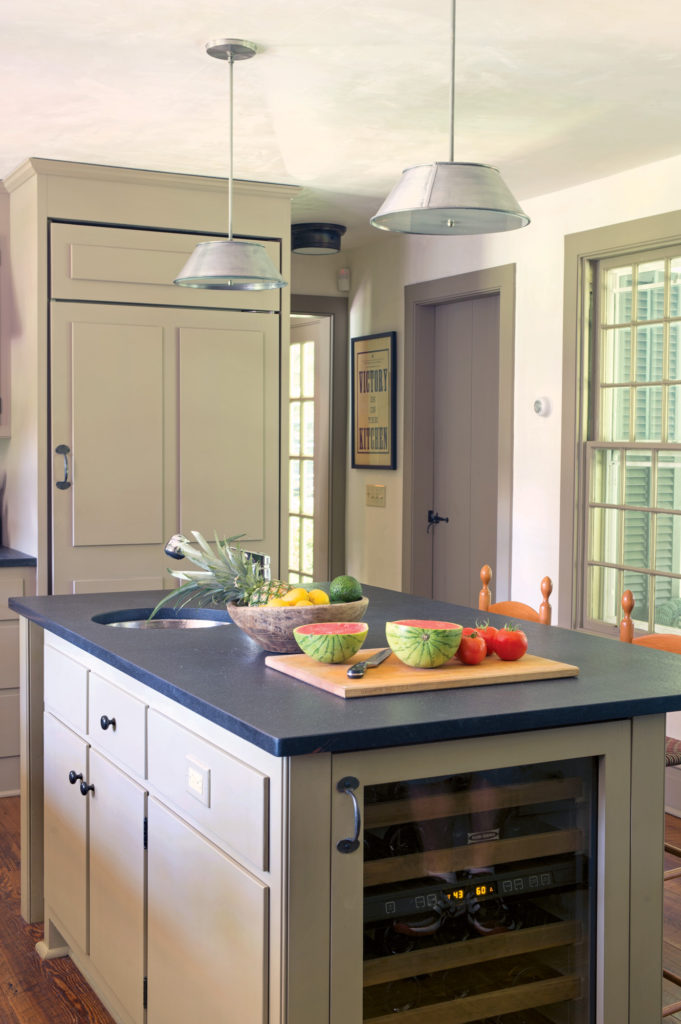 The original windows were salvaged and restored, using the old glass, and new windows upstairs match exactly: They are single-glazed, multi-light wood windows with lead counterweights. “We had heat-loss calculations done,” Sarah explains, “and due to the thickness of exterior walls and adequate insulation, the single-glazed ‘new old’ windows met code. The house is quite warm and cozy.”

New walls are hand-troweled, three-coat plaster on wire lath—“there’s no drywall anywhere in this house,” Sarah says. In the kitchen, walls were left unpainted, their hard surface beautiful as-is. Neutral-grey paint on the cabinets softens the transition from the pale plaster to the black granite countertops. The kitchen design is frank, simple, and functional.

“The house did not have a name, as far as we knew,” says Sarah. “I asked the Rosses to pick one: It’s Colinwood, in honor of their son. In many ways, this project was a labor of love.”