Come see this special spring offering and own a piece of history situated on over 8 acres nestled on Frederick Creek. The historic 1794 Scriba Mansion is not just a home but a lifestyle that will fulfill your wish list w/entertainment sized rooms, 4 bedrooms, 2.5 baths, 4 woodburning fireplaces, 2nd floor laundry, in-ground pool (30,000 gallon, heated, salt water), central air, outbuilding, barn, trails and partially fenced yard – it’s all here and buttoned up for your arrival. In addition, original artifacts, all the built-ins, hardwood floors, landscaping, barn w/stalls, small building for studio, flex space or storage, updates and improvements – the list goes on. This is a rare find with all the warmth and charm that you will only find in a historic treasure. 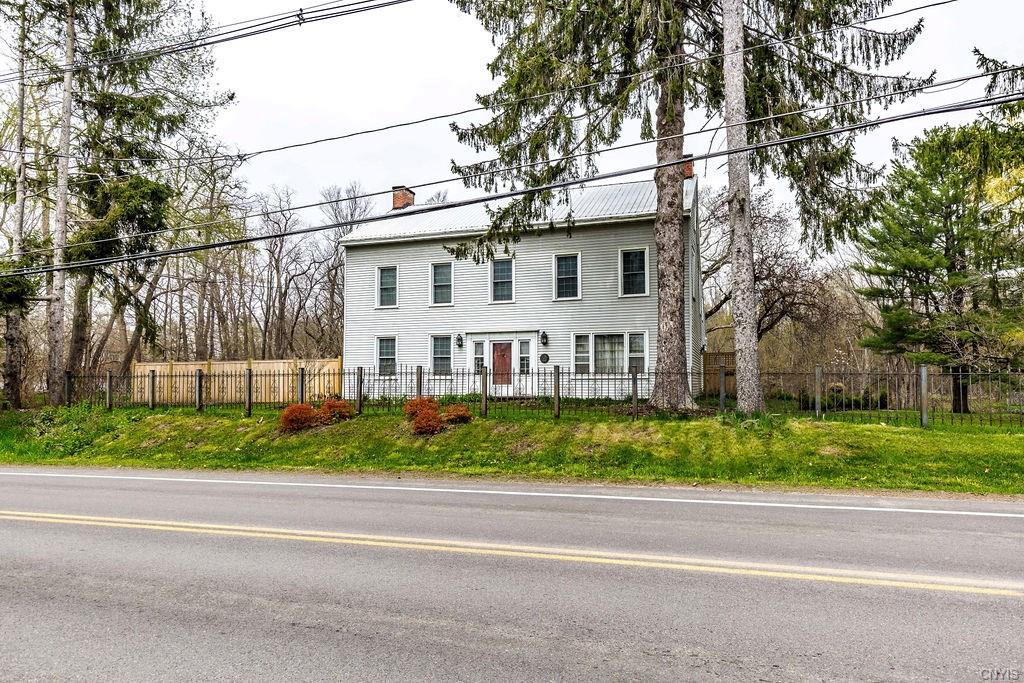 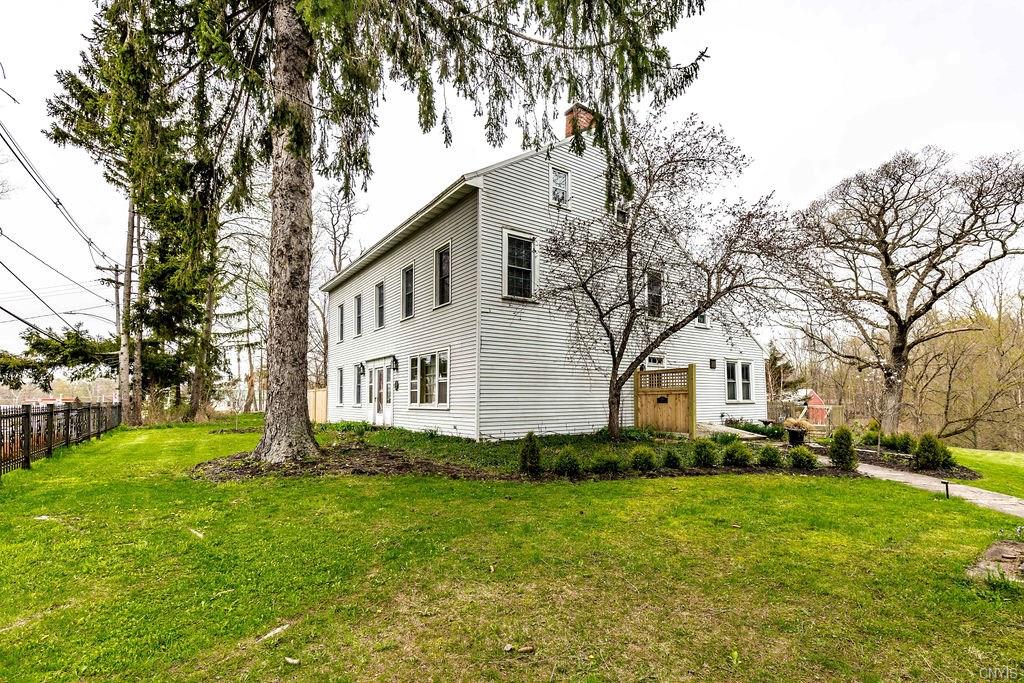 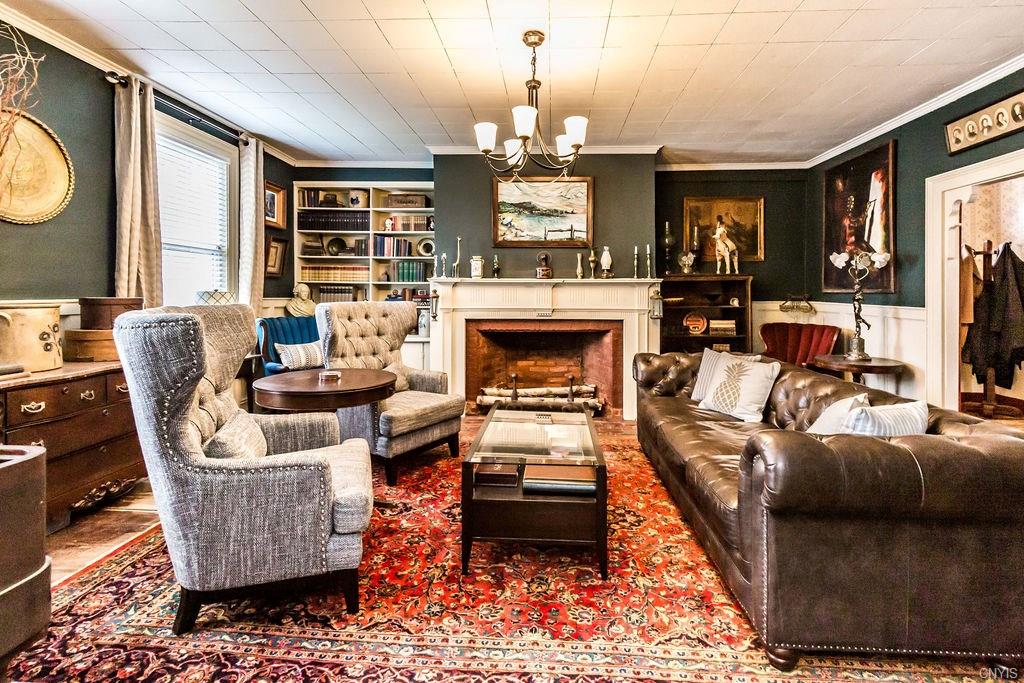 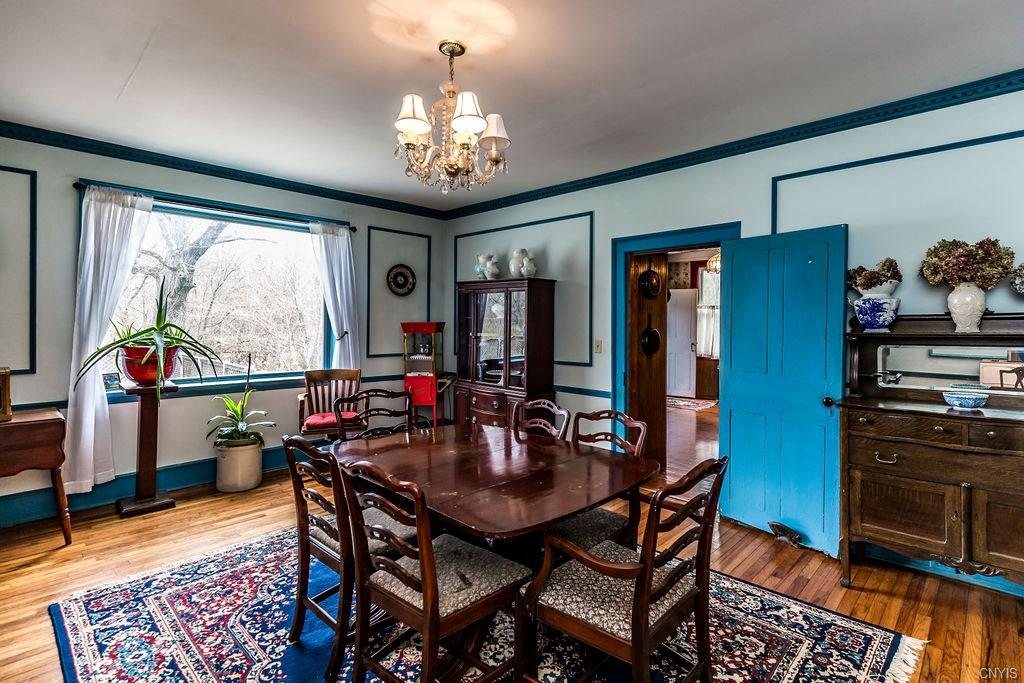 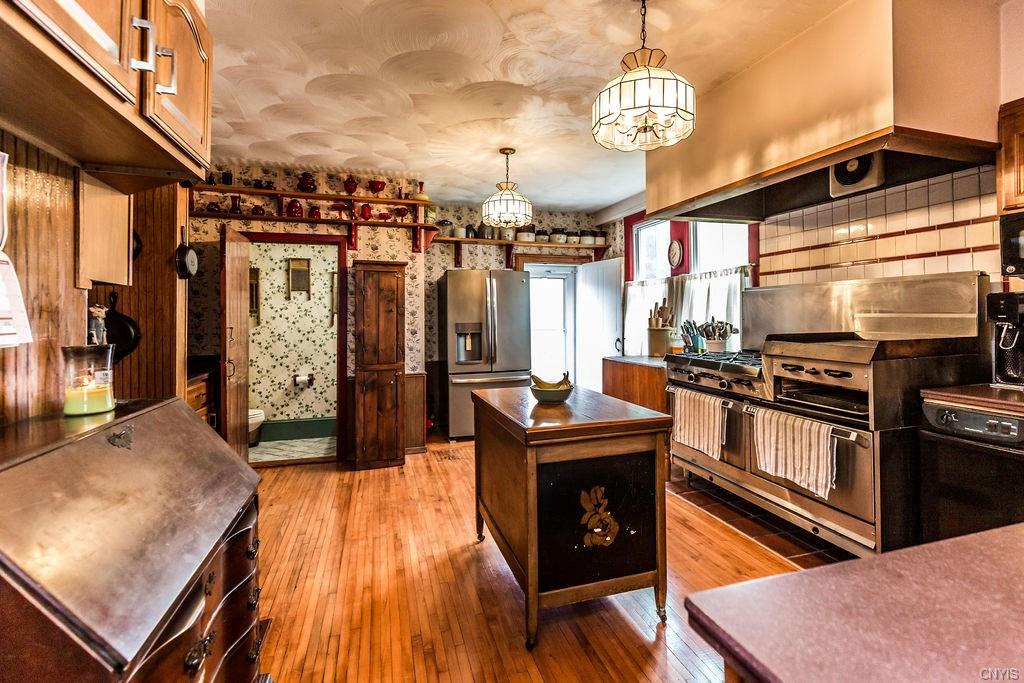 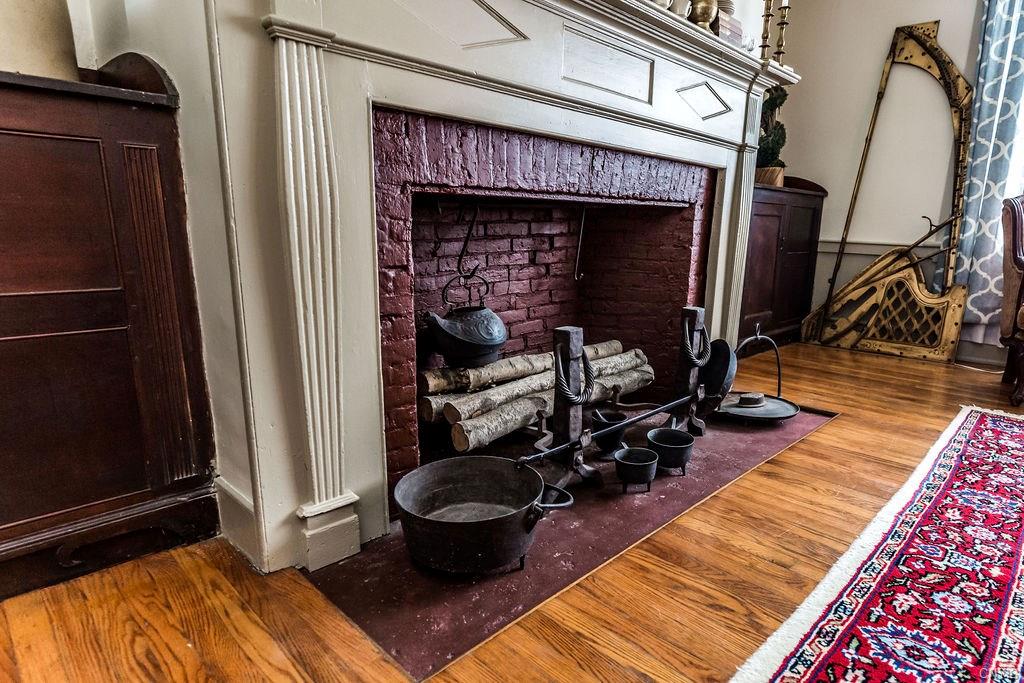 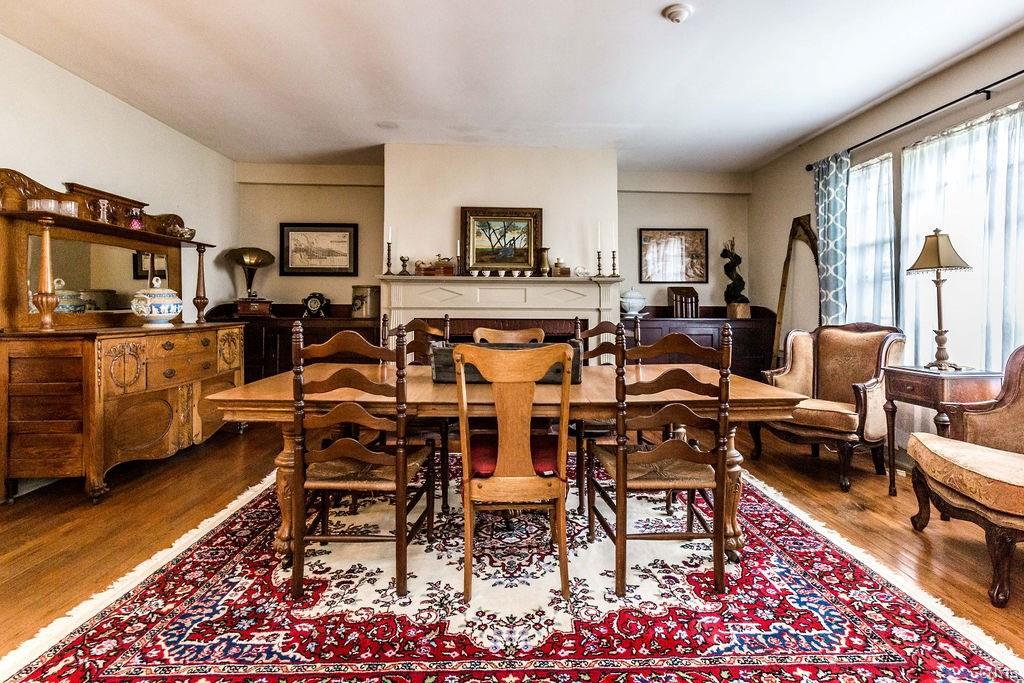 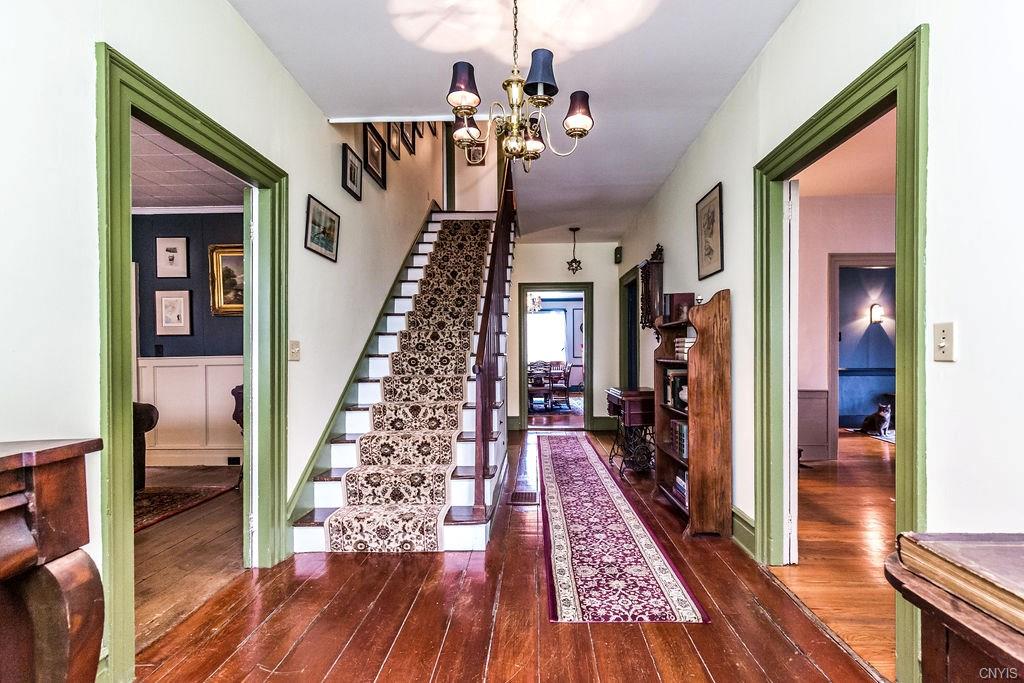 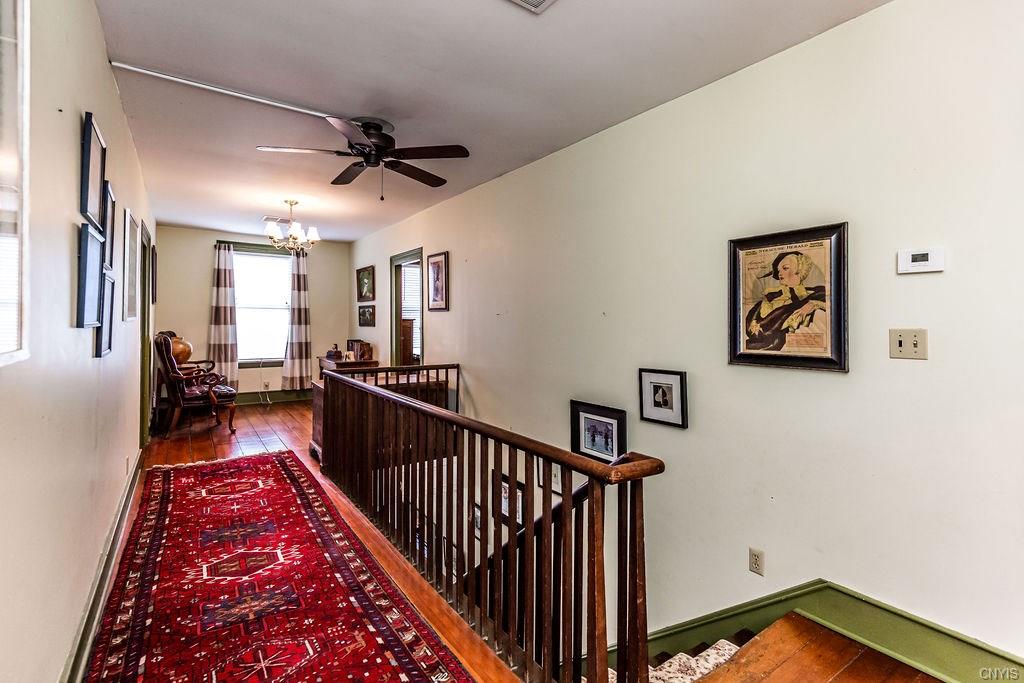 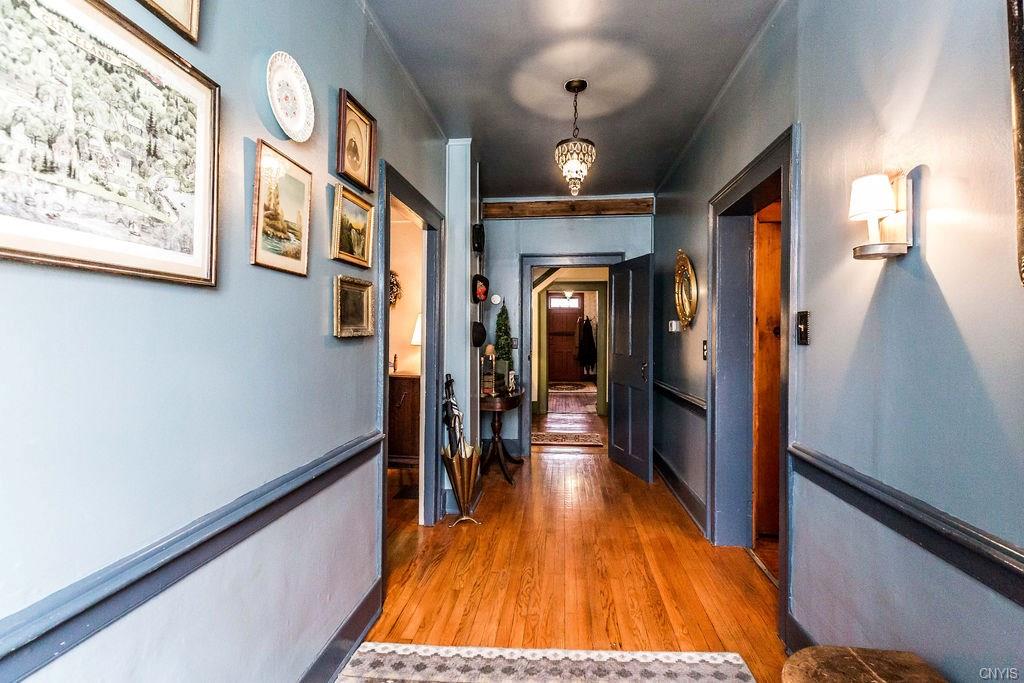 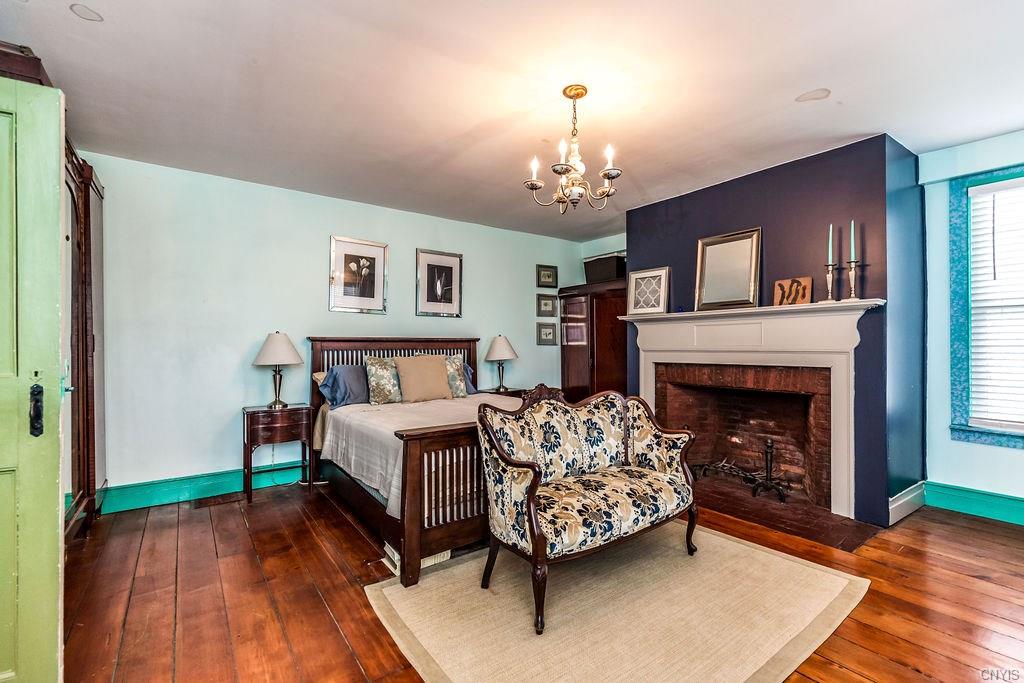 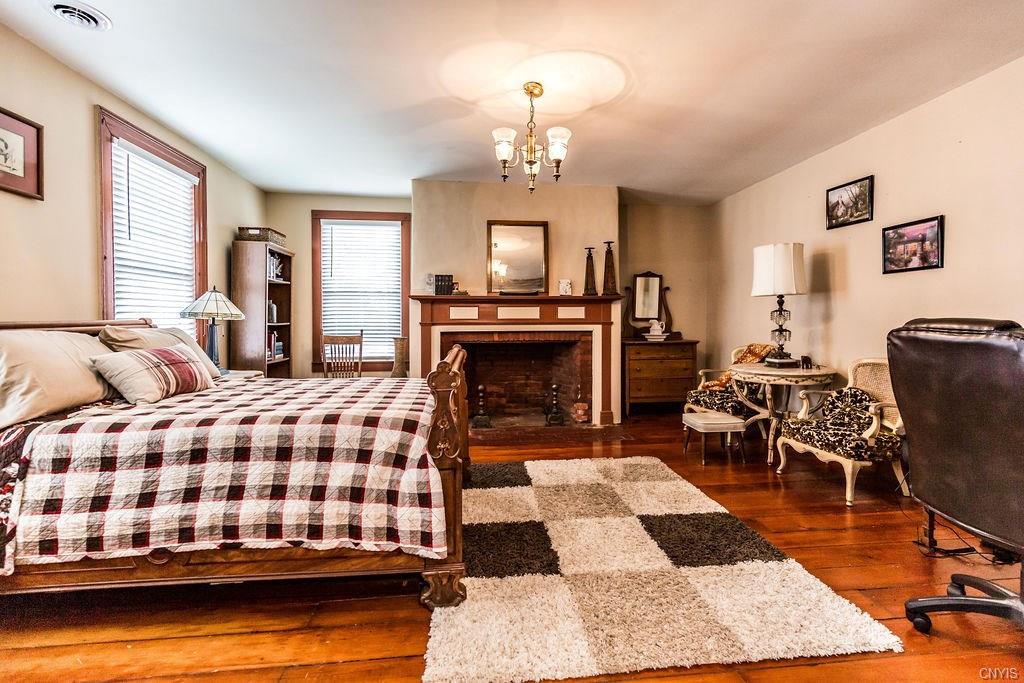 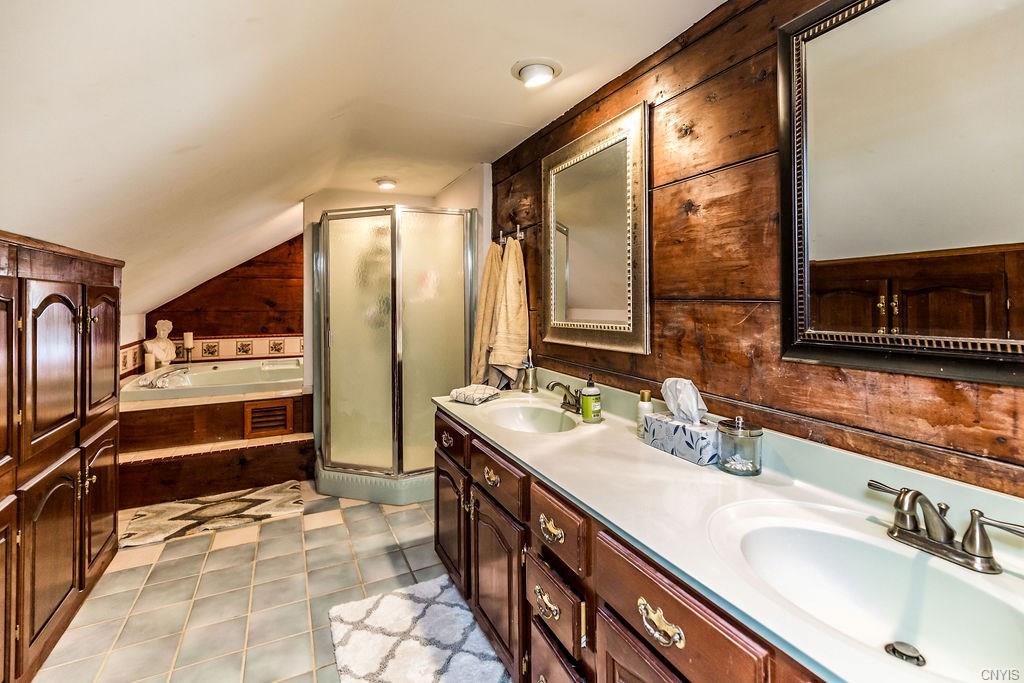 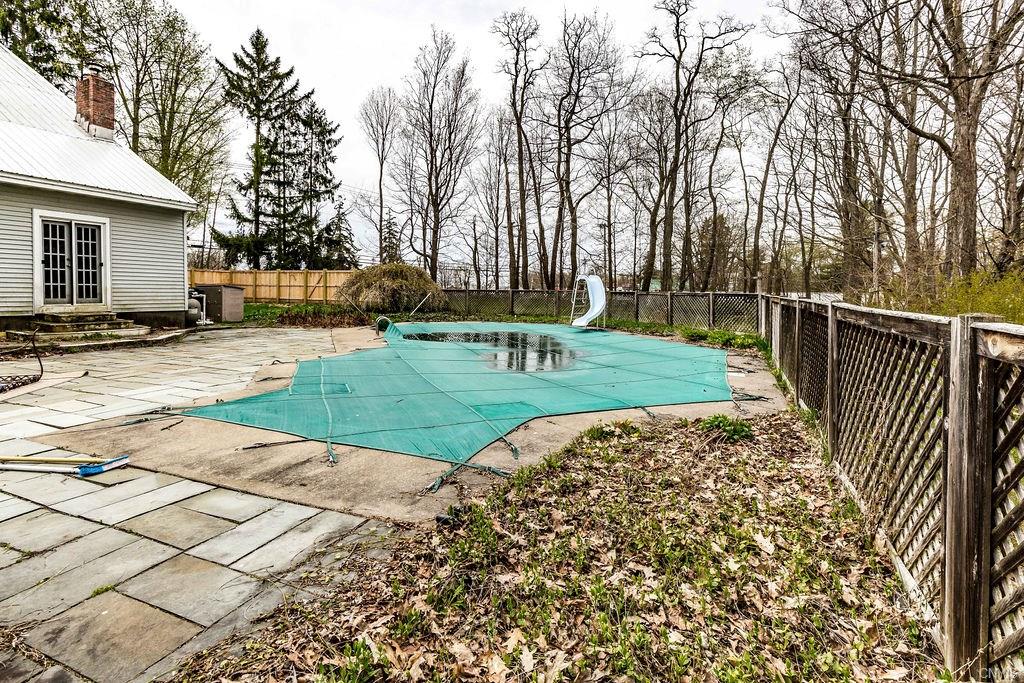 HISTORY:
In the 1790’s George Scriba purchased over 500,000 acres from the Roosevelts, called Scriba’s Patent. Part of the stipulations was that each year he needed to sell a certain number of plots of land for people to build homes and continue to settle NYS. The total acreage covered all of Oswego County and a large portion of Oneida County. George Scriba built mills, opened a mercantile, and continued to develop the town of New Amsterdam, now Constantia. George Scriba of German descent lived in Amsterdam for several years as a banker. He then moved to NYC and made his fortune as a merchant. It is said that at the time he built his home in Constantia in 1794 he was worth one million dollars. He later co-founded the Bank of NY with Alexander Hamilton and marched in the inauguration parade for President George Washington. In 1794 George Scriba had the first post and beam home built for himself referred to as the Scriba Mansion.

The home is a Salt Box style home identified by the long sloping roof in the rear going down to the first story, and front roof to the second story. The rest of the home is quite Georgian in style with symmetrical layout and windows on the front exterior facade. The first floor of the home is 46′ x 46′ with a central hall that intersects halfway and connects down to the front main door of the house. The home was built with six fireplaces, one each in the formal dining room, formal living room, study, kitchen (now gone), and front two bedrooms. All the bricks for the fireplaces and chimneys were shipped directly from Holland.

Most of the home still has the original wide plank flooring intact. The home of course was built without central heating, plumbing, and electric, however was ahead of its time with an outhouse built directly off the rear of the structure, now gone. It stayed in the Scriba family from 1794 to 1974 when it was sold for the first time on the market. It then sold again in 1979 and not again until 2016. It is now offered for sale for the fourth time in 226 years.