Steve Whitesell created his small, ornamental water feature from a galvanized livestock watering trough he bought at an Agway. It’s about 4′ x 2′, and 18″ deep. “These do come in bigger sizes—but I got the largest one that would fit into my tiny car.”

Steve positioned the trough next to the stone wall he’d constructed, which is about 5′ tall on the garden side and 2 ½’ tall on the street side. He dug the hole with a hand shovel, and created a level base with several inches of sandbox sand. The lip of the trough purposely was left several inches above the grade, so that soil and mulch won’t wash in. 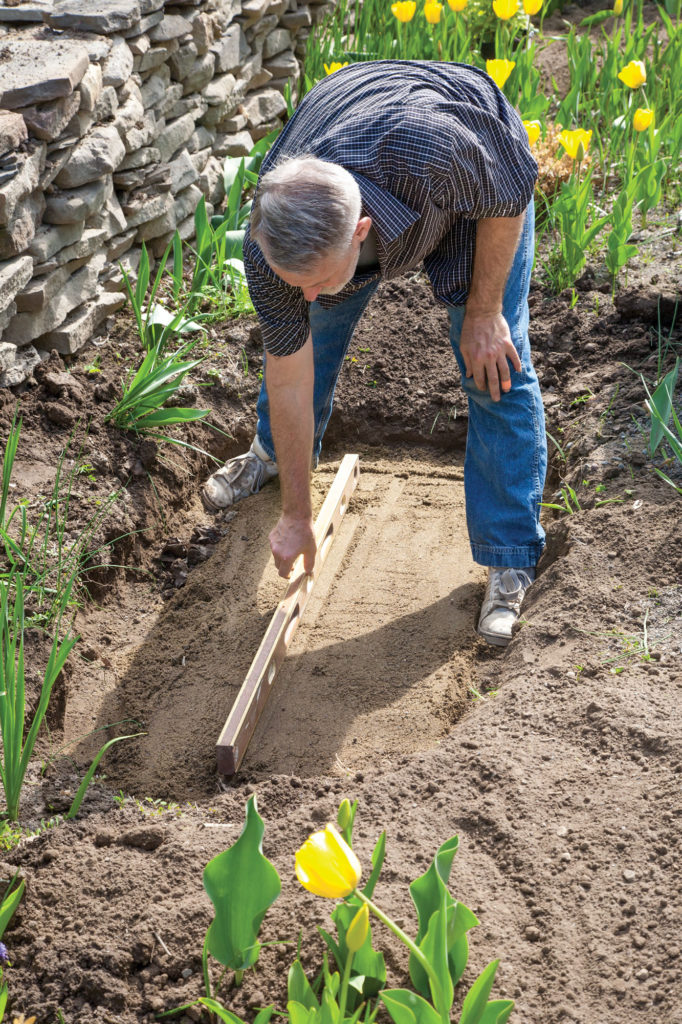 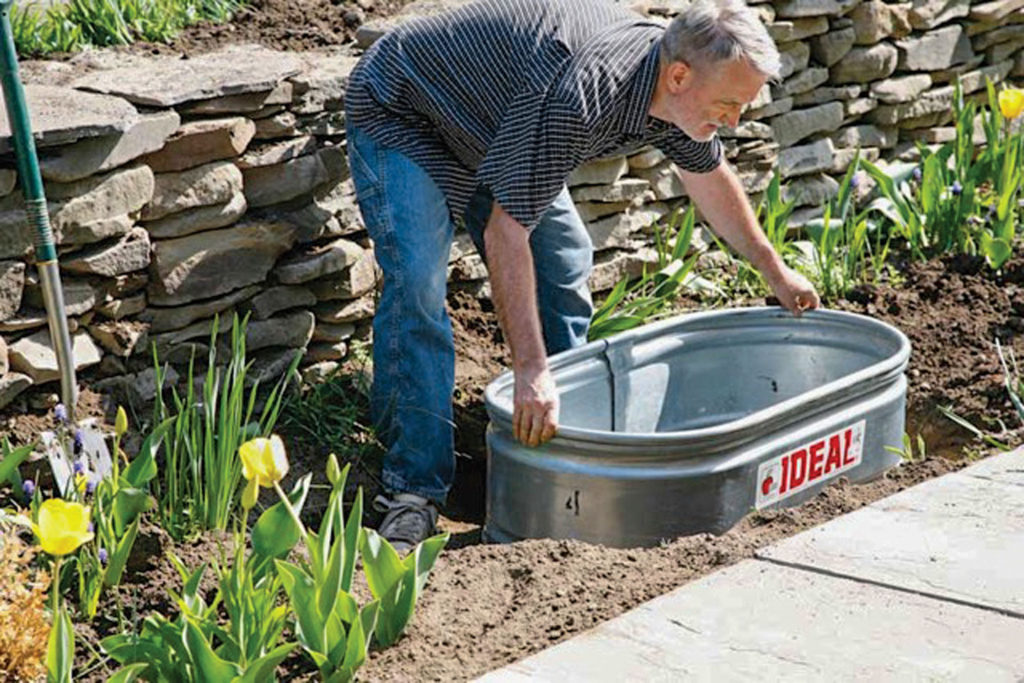 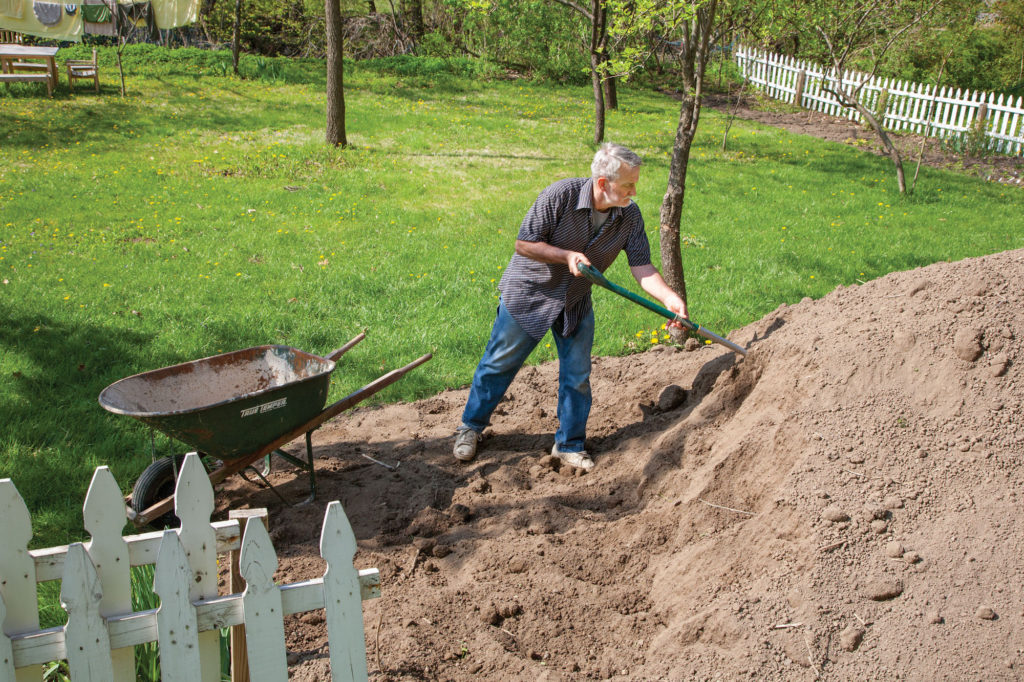 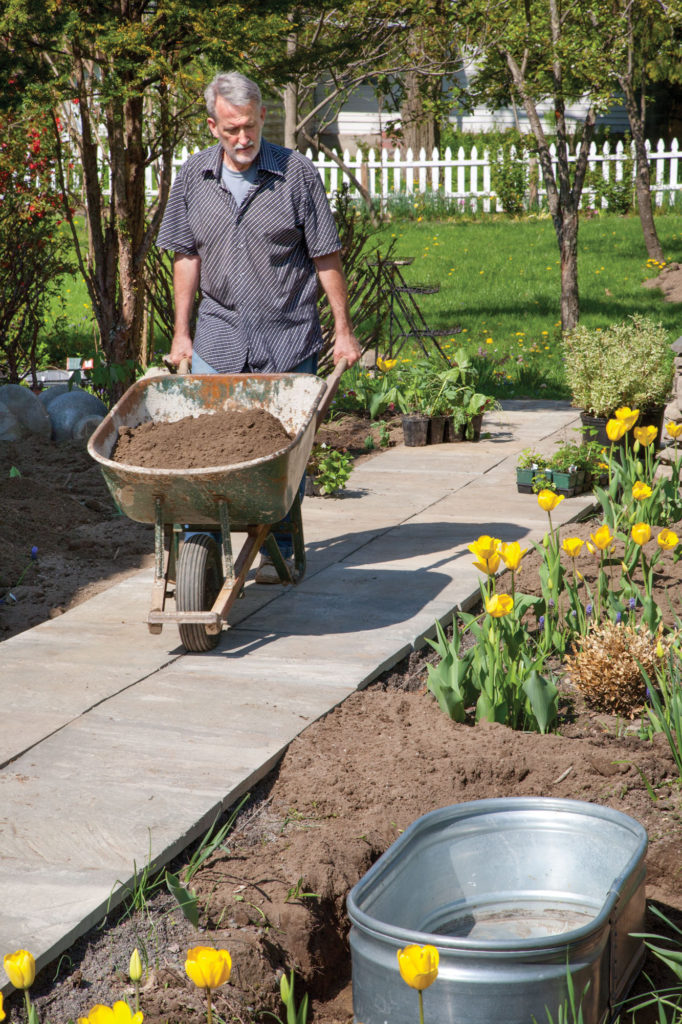 The small, submersible recirculating pump has a jet to keep the water aerated. Steve says the sound of it helps muffle traffic sounds when milk trucks rumble by. “I plug the pump into an exterior outlet, and keep it running from April to November. The jet goes about a foot high and looks quite nice.”

The dense planting around the trough will eventually drape over and blur its edges. Steve planted a dwarf cattail in the pond, along with evergreen, golden-leaved Acorus gramineus ‘Ogon’ around the edge—which loves wet soil and thrives in the water jet’s splash area. “Frogs sometimes show up, but they get eaten by the water snake that’s taken up residence.”

How to Install a Pocket Door in 4 Steps

Why Preservationists Choose the Unico System