You can order a ceiling medallion directly from specialty suppliers in plaster or other mediums—or cast one yourself! Here’s how the pros make custom pieces and close reproductions.

Step 1 A plaster medallion begins as powdered gypsum and water mixed to the right consistency, which is then poured into the waiting mould.

Step 2 The artisan uses his hands to smooth and work plaster into every crevice in the mould. Then a layer of fine sisal or fiberglass fiber goes over it for reinforcement.

Step 3 Another layer of plaster is smoothed over the fiber layer to completely encase it. As the plaster sets, the surface is smoothed with a tool called a busk.

Step 4 Once the plaster is fully set and cured, it is carefully removed from the mould.

Step 5 The medallion is ready to install. 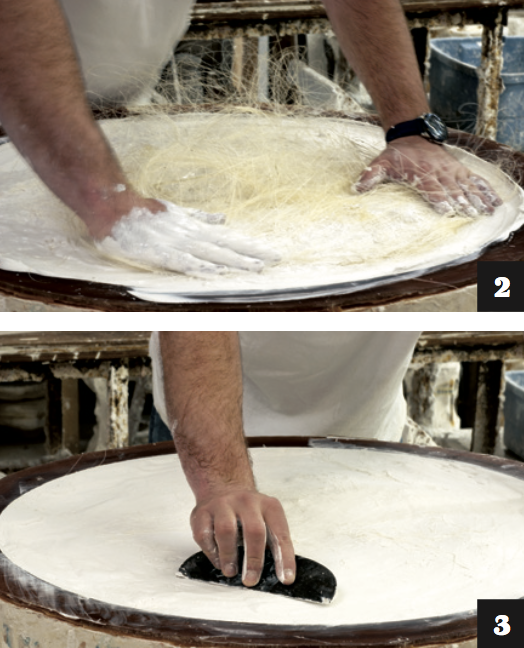 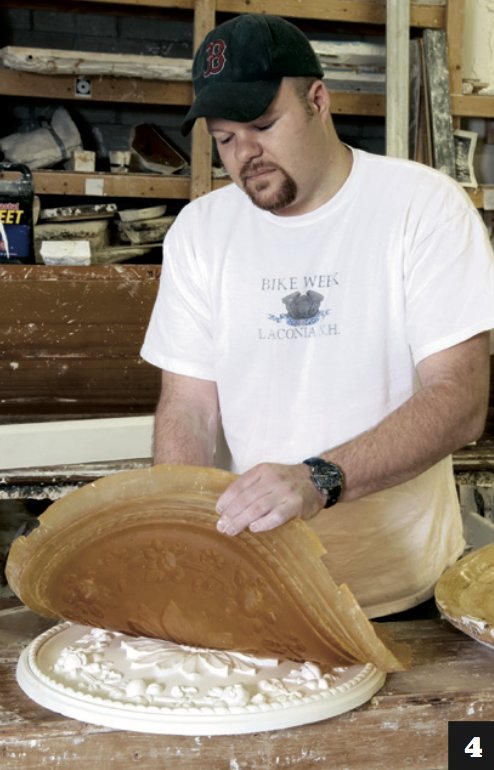 Mouldings can be applied directly to a plaster wall or ceiling using a slip of pure gypsum plaster (or plaster mixed with a bit of white glue), mixed to the consistency of sour cream.

Make sure the plaster surface is free of paint or other surface applications, then scarify the surface where the new repair will go with a nail or other sharp tool. Then score the back of the moulding along its full length with the same tool. Finally, wet both the wall or ceiling and the back of the moulding thoroughly. Otherwise, the plaster wall will suck the moisture out of the slip before it has time to bond.

Mixing plaster for running ornament is similar to mixing plaster for finish-coat work, except that the ratio of plaster to lime is greater. Figure one part gypsum to one part lime, which yields a harder, finer surface. Since setting times can be as little as 10 minutes with this ratio, add a plaster retarder (specifically formulated for gypsum) to extend working time. It’s also helpful to have at least one helper to mix plaster while another person runs the ornament.