Drive down the nondescript lane named Majolica Road and eventually you will arrive at a compact yet modern facility where bricks are still made by hand, without holes. “Machine-made brick companies make that amount in a couple of hours,” says Art Burkhart, vice president of sales and marketing and a 35-year employee of Old Carolina Brick. “We’re the last maker of handmade brick in the country.”

Old Carolina quarries its own clay in nearby Gold Hill, N.C., then sifts and screens it to the perfect texture for the formation of bricks. Clay and water are mixed together in a 1929 pug mill, then sent to a conveyor, where a dozen or so workers roll clay “slugs” into trays of sand, then throw them into wood moulds. Blink, and even a camera shutter will miss it. The finished bricks are placed in gas-fired kilns that slowly heat to a temperature of 1950 degrees F, then fired.

In addition to the handmade brick made on the line, workers hand-make special shapes in a process that looks a lot like making bread. A skilled mud thrower shapes a lump of clay into a wedge shape, rolls it in sand, then raises it up and throws it with some force into a mould. He or she then trims the brick with a wire cutter and turns the brick out of the mould. This hands-on approach imparts distinctive folds, fingerprints, and other surface irregularities that give each brick individual character.

Many of the special orders Old Carolina receives are architecturally driven. Restoration brick is slated for projects from the turn of the 20th century or earlier. Newer bricks were not handmade, says David Frame, owner of this family-run business. Before taking on a job, “we look to see if it’s in our bag of tricks, and doable,” he says. 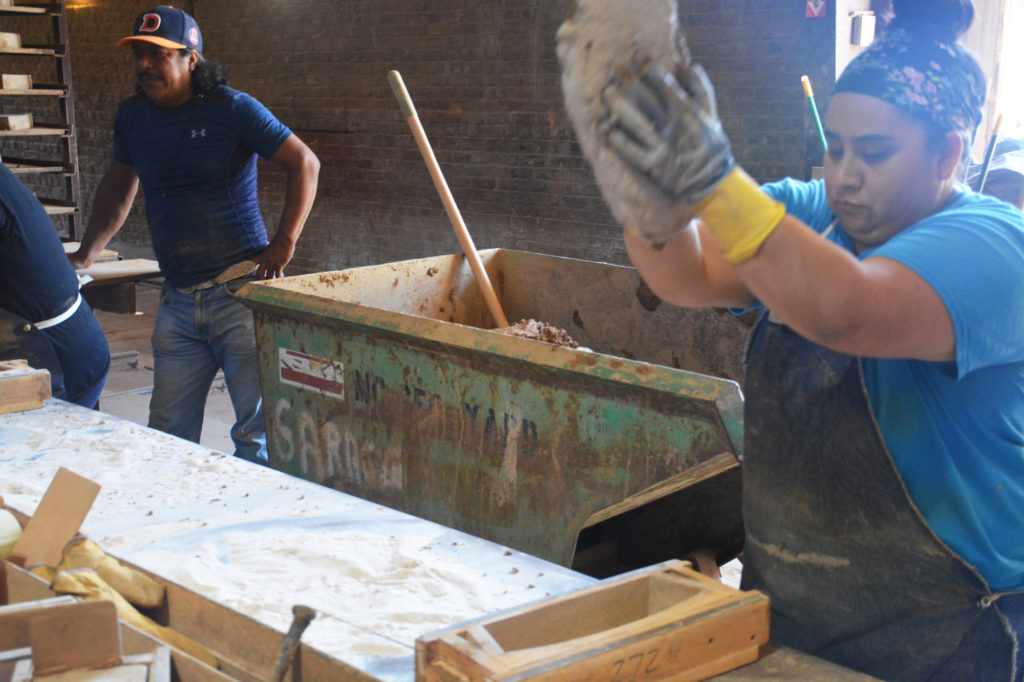 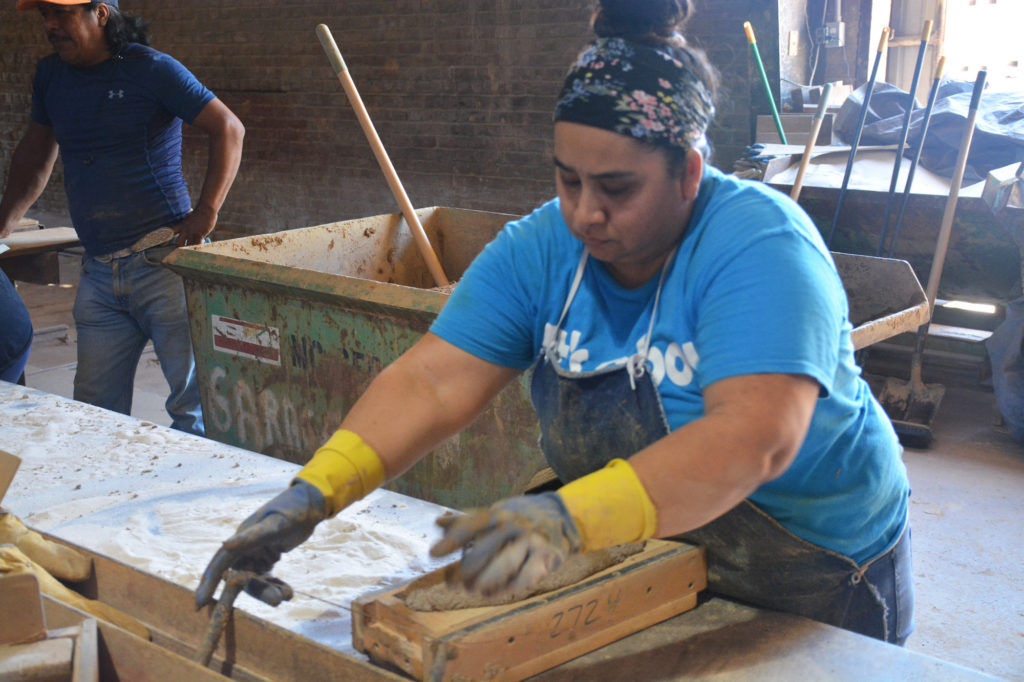 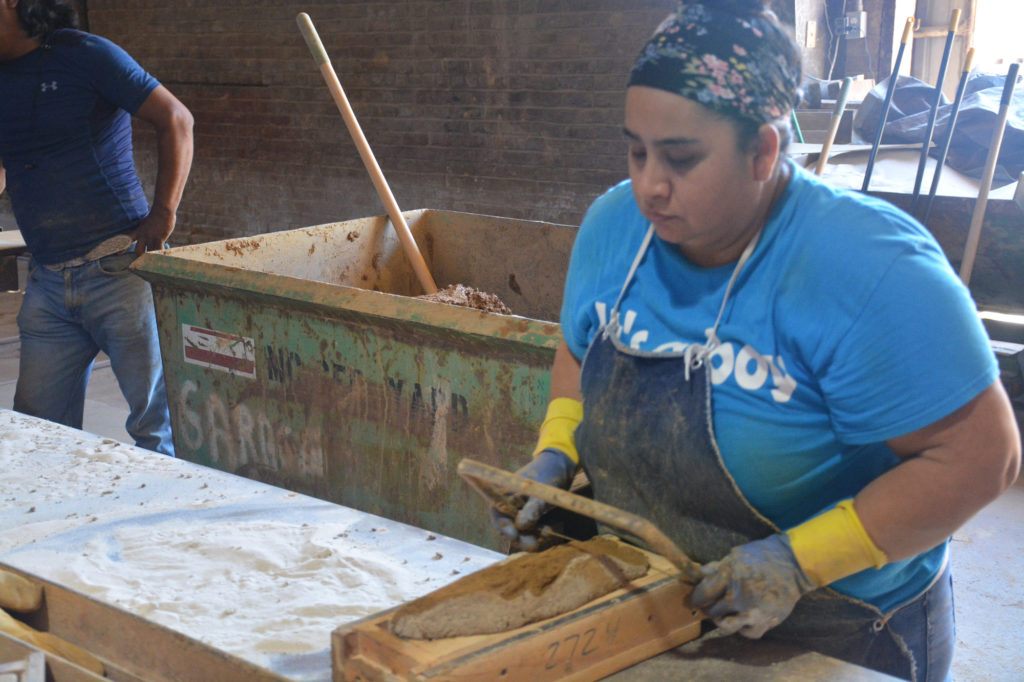 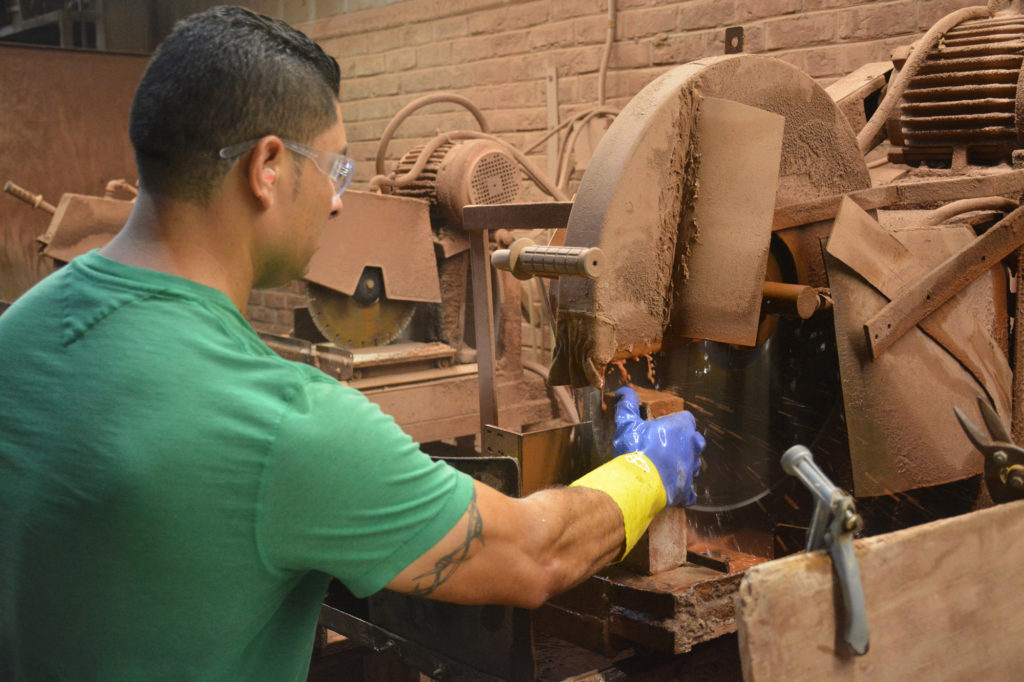 To get the different colors to match historic bricks, the team starts by blending colors from a handful of the 18 standard brick colorations the company produces. Then they experiment by firing the brick at different temperatures and placing certain bricks in different parts of the kiln, where the temperature is hotter or cooler.