The Best Crimp Pliers For Working With Wires

If you’ve ever done any projects involving wires or network cables, there’s a good chance that you’ve learned or at least heard about crimping. Crimping involves compressing wires to either join them to other wires or to connect them to a terminal.  Crimping is done for a variety of reasons, but no matter why you’re doing it, you know how difficult it can be to successfully crimp a wire without a specialized tool for crimping. And that’s where the best crimp pliers come in.

Crimp pliers are designed to make the process of crimping much faster and easier. Once you know how to use a crimp plier, it’ll feel like an extension of your own hand, and you’ll be crimping wires like it’s second nature.  There are a few different kinds of crimp pliers available, so read on to figure out which one stands out to you the most. 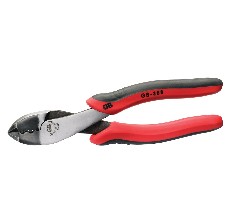 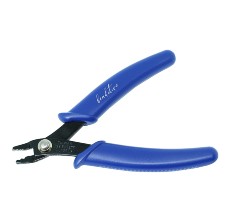 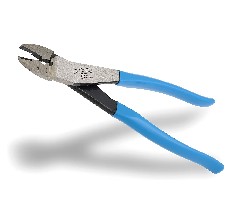 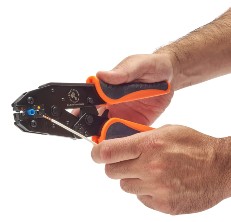 Crimp pliers are used in jewelry and in electronics, and while they look very similar, they perform very different roles. Here’s a guide to help you figure out the best crimp plier for the task.

What Are Crimp Pliers?

A crimp plier is a crimping tool that’s designed to crimp wires and fold them into each other or into terminals. Crimp pliers resemble traditional pliers in terms of shape, and some can even function as actual pliers in certain scenarios.

Why Is It Important To Have Crimp Pliers?

It makes working with wires in jewelry a cinch

When working with jewelry or crafting your own, you’ll eventually come across a situation where you’ll need to crimp metal wires into shape. This can be difficult without crimp pliers, as you can’t control the pressure and angle of your crimping as easily with other tools, such as a traditional pair of pliers.

With a pair of crimping pliers, you no longer have to worry about your crimp being slightly misaligned, as you’ll have much more control over the crimp. It’s also made for pinpoint accuracy, an advantage that traditional pliers do not have in jewelry.

It helps you crimp electrical wires

Electrical wires are pretty difficult to crimp without a dedicated crimping tool. Crimping tools make the process of crimping much simpler, especially with color-coded jaws and whatnot. It’s very beginner-friendly, as it should be since even beginners need to learn how to crimp at some point in their studies.

Tips for Using a Crimp Plier

Remember these tips when you use your crimp plier.

Don’t exert too much effort while crimping

This is one of the most common mistakes when it comes to crimping. It’s a problem that you’ll see in both jewelry making and electrical wiring. You see, crimping involves the folding in of wires and whatnot, so to many people, they assume that it takes plenty of effort to accomplish. As such, they put in as much effort as possible, squeezing down on the wires as hard as possible.

This, of course, is far from ideal. By exerting too much effort while crimping, it results in what’s known as over-crimping, which can be very bad when crimping electrical wires. Fortunately, some crimping tools come with mechanisms to prevent this from happening. And even if over-crimping isn’t a problem, putting too much focus on your power takes away some of your ability to remain accurate and in control. When working with jewelry, this is far from ideal, so try to keep your force exertion to a moderate level.

Remember, at the end of the day, crimp pliers are made to make the crimping process easier, not harder. You don’t really need to exert a whole lot of effort to successfully crimp something. Learning how to manage your strength while crimping is one of the first steps to becoming good at the skill.

Pay attention to the color codes

Color coding is present in some crimping tools that have different nests for different types of wires. Unless you’re a professional, you probably haven’t memorized the locations for each nest, so try taking advantage of the color codes to make crimping at least a little easier.

This is more of a general tip than something that applies specifically to crimp pliers and crimping tools, but it’s still worth mentioning. Over time, your crimp pliers and crimping tools will feel a little more difficult to use, and this is mainly due to the joint of the pliers tensing up. To solve this, you’ll need to regularly lubricate the joint to allow unrestricted freedom of movement.

But when should you lubricate? Honestly, lubricate as often as you’d like. You’re the one using the tool, after all, and your tool should feel as comfortable in your hand as possible if you want to work efficiently with it. If lubricating your crimp plier or crimping tool often helps make you more productive, then, by all means, lubricate away. Alternatively, if you like the more rigid feel of the pliers after not being lubricated, you can also just opt out of lubricating entirely.

Jewelry crimp pliers are crimp pliers made for the primary purpose of crimping metal wires in jewelry. If you’re trying to close off a hook at the end of a wire, for example, a crimping plier can come in handy in this situation. Crimping pliers allow you to fold the wire in themselves to keep the hook in place.

Crimping pliers vary greatly from traditional pliers in the sense that they’re far smaller. There are small grooves on the arms of the crimping plier and they help facilitate pinpoint crimping accuracy. You don’t even have to be a professional to use them, as the crimp pliers make the whole process much more streamlined. It may take a while to get used to, especially if you’re used to working with traditional pliers, but over time, you’ll get into the groove of things.

Comparing the Optimal Crimp Plier of 2022

Crimping is a process that requires its own specialized tool, but it isn’t something you do all that often depending on the type of project that you’re working on. If you don’t think you’ll have much use of a simple crimping plier, then why not go for a crimp plier instead that also happens to work as a cutter? That’s right, this nifty tool can be used as a crimper, plier, and cutter depending on what the situation calls for.

The design of the tool makes it so that while you can do all three actions with this tool, you can’t do so extremely well. The sharp cutter area of the tool is too short for thick wires and objects, whereas you have limited space to grab objects with as a plier. It’s more of a Jack-of-all-trades type of tool, but if you’re interested in one, you can get it for around $12.

Precision is the name of the game for this crimp plier as it’s made to crimp small beads and tubes into shape. The groves found at the tip of the tool help you work with pinpoint accuracy, and your skill will determine how well the resulting crimp will be. The handle is also fairly ergonomic design, a desirable trait when you’re trying to focus as much as possible while crimping something small.

The crimping plier is available in both red and blue, and there’s even a 100% satisfaction guarantee that comes with your purchase. It doesn’t exactly say on the store page what the guarantee entails, but even if no guarantee existed, it’s still a fairly decent crimping plier.

If you’re an electrician or a DIY electrician, then you may want to add this tool to your arsenal. It’s able to crimp 10-22 AWG wire and can crimp both non-insulated and insulated terminals and connections. It’s a US-made product, so if you like supporting local businesses, you can do so by supporting the product and buying it.

The crimping tool is made out of high-carbon C1080 steel. This makes it incredibly tough and, more importantly, rustproof, allowing you to use the crimping tool for years and years without seeing any sign of aging or decay.

Like the previous crimping tool, this one’s made for nylon connectors as well as insulated terminals. The color-coded jaws make the crimper easy to use. It can be used to give you clean crimps no matter what you intend on using the crimped wires for. For this reason, it’s particularly popular among electricians and mechanics.

The steel that comprises the head of the tool is incredibly tough, and even just by looking at the steel, you can tell that it’s made out of high-quality materials. You won’t over-crimp thanks to a ratchet mechanism that limits the pressure exerted by your hand if you end up applying a little too much force when using it.

Our last two crimping tools are specialized crimping tools made specifically for electrical wires. This first one comes with three color-coded die nests so you can easily find the right size for what you need. It’s also made out of high-quality steel and rubber, and you can be sure that the crimper will last you for a good while due to the materials used to make it.

The crimper can be adjusted to give you just the right amount of crimping force. It’s also very consistent, so you’ll be getting the same results as long as you use it the same way every single time. This tool may be easy to use for beginners, but experienced users will find the more subtle features to be quite useful.

A: Crimp pliers made for jewelry can’t really be used to crimp electric wire and vice versa.

Q: Do you need crimp pliers to make jewelry?

A: Technically, no - you can make jewelry without using any crimp plier at all. However, crimp pliers can make the process a little easier, which can be helpful if you’re working on multiple projects at once.

A: “Crimp” refers to a curl or compressed edge. This is why the tools are called crimping pliers and crimping tools - they fold the wires in on themselves or onto terminals. 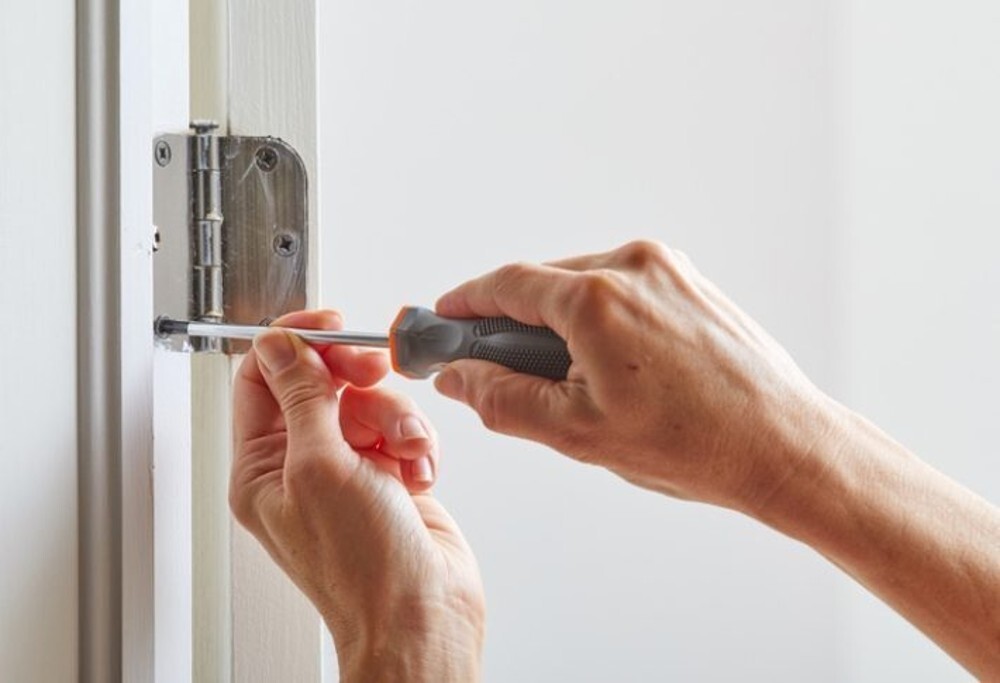 The Best Screwdriver for Consistent Builds Every Time 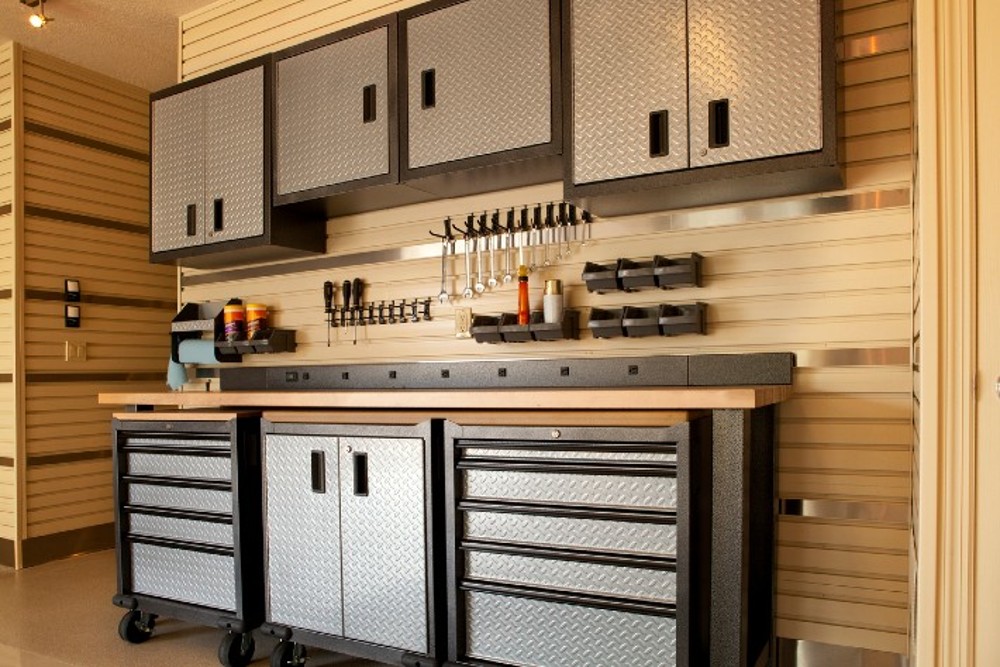 Keep Your Equipment Straightened Up With the Best Tool Organizer 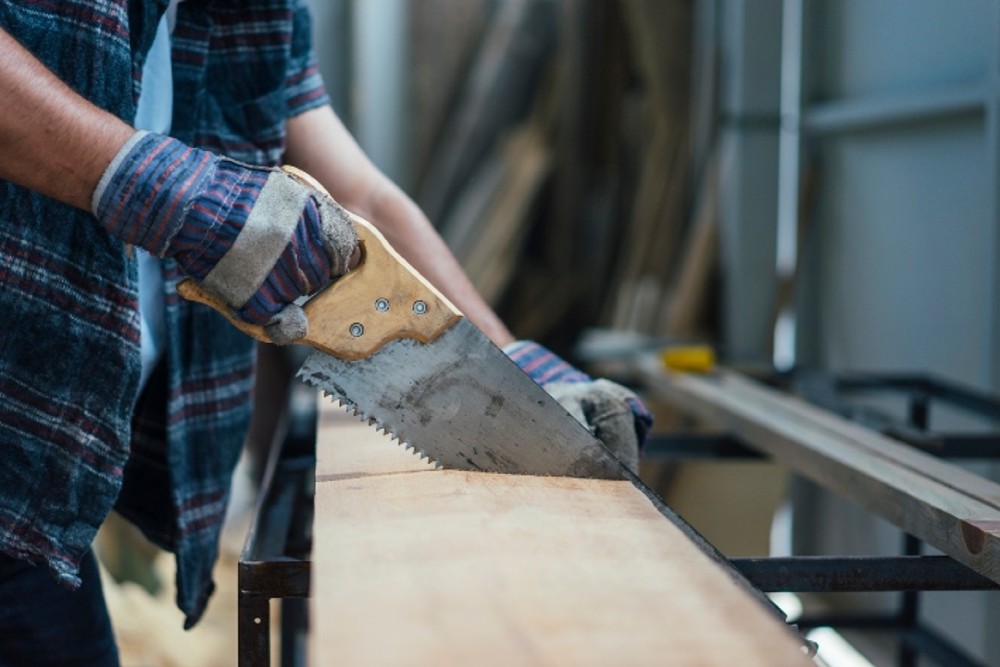 Elevate Your Craft With the Best Hand Saw Available