The Best Solar Powered Garden Lights for a Beautiful Garden

Solar power is quite a fascinating form of technology. By simply exposing the device to the sun during the day, you can charge just about anything, from your smartphone to entire homes. While the technology is still relatively expensive for large-scale use, it’s perfectly usable for small-scale devices such as garden lights.

Garden lights are one of the best types of devices to benefit from solar power. They’re left out in the open all day, which lets the light’s solar panel absorb as much solar energy as possible. Then, once night sets in, the light will use the power that was stored up during the day to light the garden lights at night. With some of the most reliable solar powered garden lights of 2022, you can turn your front or backyard into a well-lit landscape that you can admire every night. 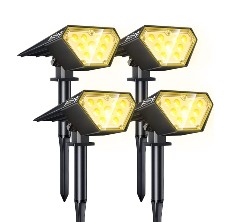 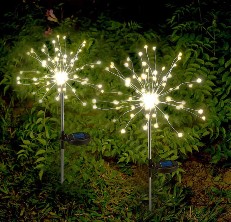 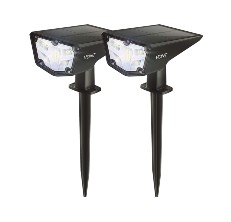 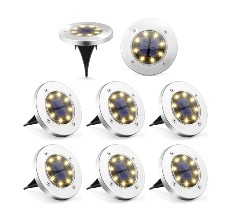 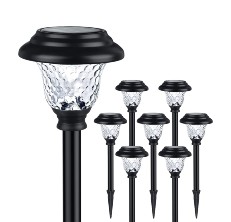 Solar power is the future and what better way to use these nifty lights than in your garden? In this detailed buyer’s guide, we’ve put together everything you need to know about solar powered garden lights. Let’s take a look!

Why Solar Power Is Perfect for Garden Lights

Solar power, for all its benefits, is still a relatively new technology. Because it doesn’t provide a lot of power, solar is best used for lighting small areas, such as backyards, front yards, and gardens. Due to the nature of solar power, you can’t actually draw power at night. Instead, you’ll have to rely on the reserves that you charged during the day. While this may seem like it won’t work for powering an entire house, it’s actually totally doable when it comes to powering small-scale items, such as garden lights.

Solar power has a bit of a high upfront cost when done on a moderate to large scale. But for garden lights the cost is minimal. Combined with the fact that your garden lights are going to be exposed to the sun all day long, it’s the perfect candidate for charging during the day and using at night. Garden lights that work via solar power also don’t need any wiring whatsoever, and you can set them up almost instantly.

So, while solar power may still have a long way to go before it becomes efficient for the common household, for things like garden lights it’s the best possible source of power you could ask for.

Why You Should Get Solar Powered Garden Lights

Garden lights can be a real pain to set up if you don’t use solar power. You first need to set up a network of low-voltage wires running throughout your yard. Then, you’ll need to wire up each light individually. After that, there’s the task of actually burying and concealing the wires, which can take even more time. All this effort can take quite a bit of time out of your schedule and if you’re a busy person that’s probably the last thing you want.

With solar power, things are drastically different. Each light powers itself so you don’t need to set up any wires or bury them in the ground. With solar lights, you don’t have to worry about buying wires at all because these lights function without any power. Instead, they use the power they generate from the sun.

They turn on and off on their own

Solar powered garden lights can vary in brightness. Some lights can appear fairly dim whereas others can be very bright and illuminate your garden easily. This variance is one of the few downsides of solar powered garden lights. You’ll want to be sure that you get consistent lighting throughout your entire setup. For best results, consider using the same type of light throughout your garden.

There are two types of lighting when it comes to garden lights. Task lighting, also called focused lighting, points the light at a specific area. Ambient lighting is a type of light that’s evenly diffused everywhere. If you like showcasing a certain part of your garden, choose focused lighting, but if you want your entire yard to be illuminated, we recommend choosing ambient lighting.

While these lights may look a little flashy, they’re one of the top choices for many homeowners. These solar spotlights are extremely powerful and are great for focused lighting. You can choose between warm white and white, with the warm white being particularly useful if you prefer a softer yellow glow as opposed to a pale white one. This set of solar powered garden lights comes in a pack of four spotlights, which is perfect for decorating your backyard, patio walkway, or front lawn. We’ve chosen these solar powered garden lights as our best overall pick thanks to their IP67 waterproof design and two light modes, which allow you to change the light from low to high light with the press of a button.

Fireworks are always fun to watch from a distance as they color the night sky in a variety of ways. You can take the magic of fireworks with you and put it in your own yard with these solar powered garden lights by Anordsem. The lights are shaped like a set of fireworks, with a glow that’s warm and inviting. These solar powered garden lights come in two color options: warm white for those who prefer something simple or a colorful set of lights for those who prefer a more festive alternative. Regardless of what color you choose, these unique lights come at an affordable price. Plus, they feature two light modes — twinkling and steady — so you can choose between a twinkling fairy tale feel or a steady light, depending on your mood.

If you want a light that’s a good mix of quality and affordability, the Vont Solar Powered Garden Lights are exactly what you’ve been looking for. Their LED solar lights are high-quality in terms of build, and the plastic is made for long-term use. Coming in a set of two, these impressive lights are bright enough to light up a good portion of your back or front yard. Choose between cool white and warm white or mix and match them as you see fit. Both light tone options use the same design for consistency. Plus, these lights are very easy to install. Simply place them in your desired location and you’re good to go. The lights will use the sun to charge up and turn on and off automatically.

The SOLPEX Solar Powered Garden Lights feature a unique design that is installed in the ground. Depending on the look you’re going for, these lights are a great addition to your home. While these ground lights don’t offer much in terms of brightness, they can illuminate the ground and your lawn, giving you a clear sense of where to walk when you’re coming home in the dark. These lights are also perfect for lighting up paths or the edge of driveways. Made out of heavy-duty stainless steel and coming in a set of eight lights, these solar powered lights are waterproof and a breeze to install. Plus, they come with a 90-day full refund if you’re not happy with your purchase.

A: Solar powered garden lights charge during the day via sunlight and turn themselves on and off at night. You don’t have to do anything once they’re installed!

Q: Where should I install my solar powered garden lights?

A: We recommend installing the lights at points of interest, such as in your garden, by the patio, or by a walkway.

A: No, they do not. Solar panels only last for 25 years at most so you’re going to have to replace the lights eventually. 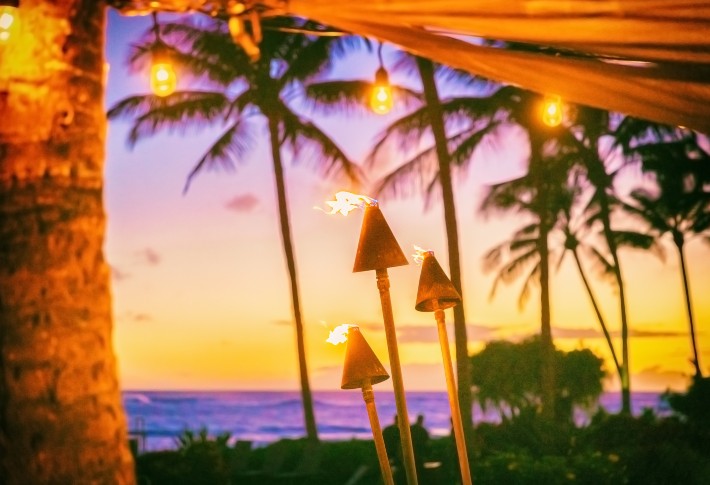 Light Up Your Backyard With Some Of The Best Tiki Torches 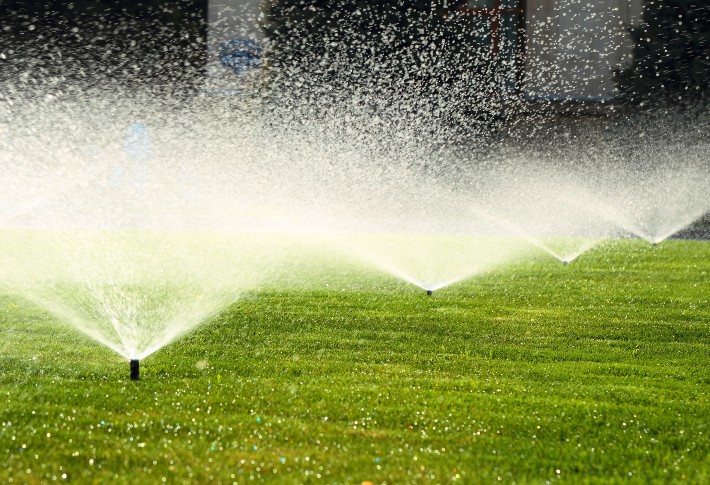 Keep Your Garden in Top Shop With the Best Water Sprinklers 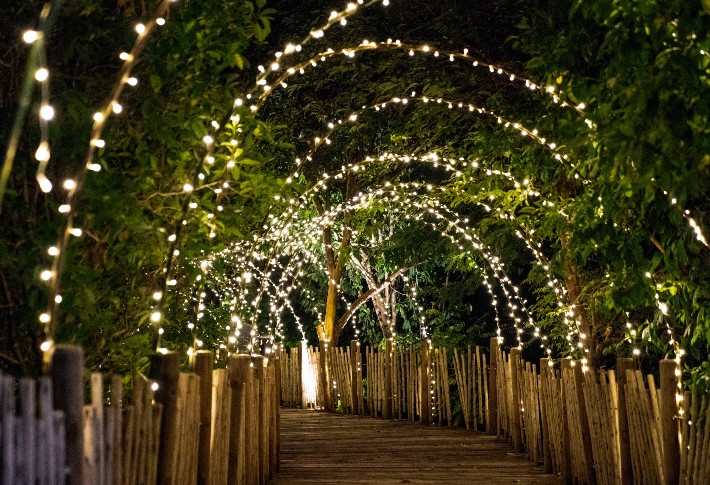 The Best Outdoor String Lights For Your Backyard