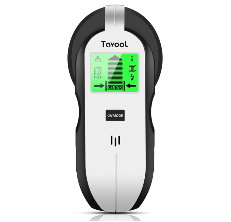 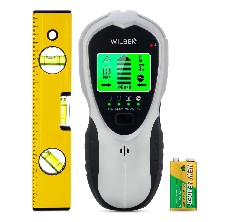 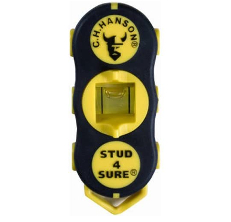 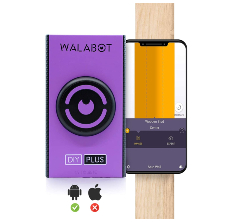 Almost every house/apartment/condo today is constructed with stud walls. Even some brick-walled houses are decoupled with the help of studs and drywall to increase insulation and soundproofing. And since drywall isn’t as thick and strong as a brick wall, it cannot hold anything heavy you might want to add to your wall.

Stud finders make it easy for you to locate studs behind the drywall and install shelves or hang something to it securely. It's quicker and more reliable to employ a tool that has especially been designed for this job.

Every household must have a stud finder, be it a magnetic or an electrical model. And to help you get to the most suitable one, we’ve reviewed and rounded up some of the best stud finders in 2022 for you to pick from.

Compare The Best Stud Finders In 2022

Tavool is a brand that specializes in tools that adopt advanced sensory technology for easy location of studs in a wall. You can use this stud finder to detect live AC wires, metal and wooden studs in all of its modes. This electronic stud finder is easy to operate, it’s like a must-have for every DIY enthusiast.

The digital wall scanner will display joists, wooden beams up to 1.2-inches in drywall in its stud mode. Moreover, it has four scanning modes for beam, metals, joists, wood, AC wires, and other objects embedded behind the wall, floor, or ceilings.

Next up, we have this super stud finder and wall scanner from Wilbek. This tool is one of the most accurate stud finders on the market. It has incredible levels of accuracy and features no less than four different scanning modes, including basic, deep, metal and AC scans. Thanks to its versatility, this stud finder can find studs, beams, pipes and even AC wiring throughout your home with no worries or delays. It’s perfect to use when you’re preparing for home renovations or big DIY projects, and it features a bright LCD screen that is easy to see and read, even in dimly-lit areas. You’ll also find a torpedo-level magnetic tool in this set for leveling at 90, 0 and 45 degrees.

This device qualifies for the best magnetic stud finder on our list because of its small size and ergonomic design. You can easily carry this with you in your pocket or fanny pack. This stud finder uses powerful earth magnets that can locate wooden and metal studs easily. You can rotate the stud finder both vertically and horizontally for leveling and accurate readings. The best part? You need no batteries to operate this device.

The stud finder will use its powerful rare magnets to detect and point out the exact position of studs, nails, or screws beneath the drywall. You also would never need calibration. All you need to do is place the stud finder on the wall and sweep in the “S” motion.

Walabot brings you a stud finder that can work with your smartphones. It will however not work with iPhone or iPads but works perfectly for Android 6.0 and above devices. It comes with cutting-edge technology that will see through the wall and point you in the direction of the stud. You no more just have to rely on a beep and nail at the wrong position.

You can also locate pipes and wires with this phone stud finder. You can expect this device to detect up to four inches deep inside the wall. It’s also known as the in-wall imager and is widely used for home remodeling, construction, and renovation projects. Many carpenters, electricians, plumbers, and contractors use this device for accurate advanced wall imaging. 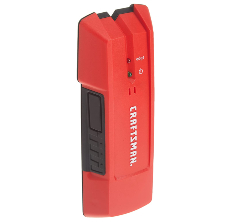 This incredible stud finder can work with all kinds of surfaces. It can detect at a depth of ¾-inches and through wallpapers and even fabric. The stud finder can scan your walls and detect stud edges accurately of both metal and wood. This is perhaps the most perfect stud finding tool that can also be used for measuring and leveling.

It has three laser distance that allows it to accurately measure the distance and direction at just one click. The two out of three also enables it to easily calculate area and volume. Moreover, you do not need any batteries to operate this device. 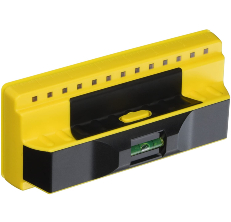 For perfect accuracy in the detection of wall studs behind drywall, Franklin Sensors brings a stud finder that comes with 13 sensors. All these 13 sensors work together simultaneously to find and point you to the stud. It has a multi-sense technology that will rid you of the calibration step. All you have to do is place it on the wall and press the button for it to start its job.

It works efficiently and displays the edges and center of a stud. It’s fairly easy to operate, perfect for all your DIY projects. This stud finder will detect metal as well as wooden studs with its 13 precision sensors. It comes in a plastic body that makes it durable and capable of withstanding harsh usage as well.

Stud finders are great, but to get to the right one you need to make sure you’re looking and seeking the right one. Let’s find out how:

Things to Consider Before Buying a Stud Finder

What to look for in a stud finder? How to pick the right one? Here’s a summary:

Some stud finders, mostly electronic ones, allow the users to adjust the depth their sensors can penetrate at a time. Oftentimes, studs can easily be found under 8/4-inch deep inside the drywall. And sometimes you’ll also find hidden objects as well if you go a little further. It could be floor joists or pipes. Some stud finders possessing this feature can go as deep as 1.5 inches behind the drywall. Make sure you check the depth and depth adjustment option before getting a new one.

There are two kinds of sensors found in stud finders; magnetic and electronic.

Magnetic stud finders have a rare earth magnet that is usually incapable of detecting wood inside walls. They can indicate metal in the form of nails or screws that hold the stud in its place. Magnetic stud finders are inexpensive and much more long-lasting than electronic ones. They won’t detect the exact edges of the studs as they cannot go as deep as electronic ones.

Electronic stud finders work on batteries and detect changes in volume and density of the surface they’re scanning. They usually will beep and blink when they locate a stud behind the drywall. They can sense and detect objects buried deep inside a wall that magnetic stud sensors ignore. They are costlier than the former type.

Materials to be detected

If you’d like your stud finder to detect materials other than wood or metal, you might want to check this feature as well. Most stud finders can detect wood but metal pipes, plastic pipes, AC wires or moving objects are hard to point. You can set the electronic stud finder’s mode to detect these specific materials as well.

How to Avoid False Positives With Stud Finders?

Sometimes your stud finder might beep or blink at a pipe, an AC wire, or another object behind the wall instead of the actual stud you were looking for.

Here are some ways you can check if it’s a stud:

To capture the right location and point you in that direction, stud finders require certain circumstances from you and their surroundings.

You need to be careful about certain things, such as:

How to Use a Stud Finder?

A stud finder is quite an easy tool to use. You can follow these simple steps to ensure you’ve located a stud and proceed with your DIY project.

There are a lot of stud finders on the market today. It’s quite natural that you may feel overwhelmed with choices. This guide has highlighted some of the factors that you need to take care of to get to the best stud finder in 2021.

Make sure that the stud finder you get is accurate, easy to use, and has the appropriate way of indicating that it has located a stud.

Q: Can a stud finder be wrong?

A: It’s very rare that a stud finder to alert you when it finds any object other than a stud. Electronic stud finders have highly sensitive sensors and ensure that there’s no false reading.

A: Yes, electronic stud finders can detect studs through ceramic tiles. It can be more accurate if you use the Deep mode.

A: Some stud finders beep once when they’ve found a stud and second when they find the center of the stud. 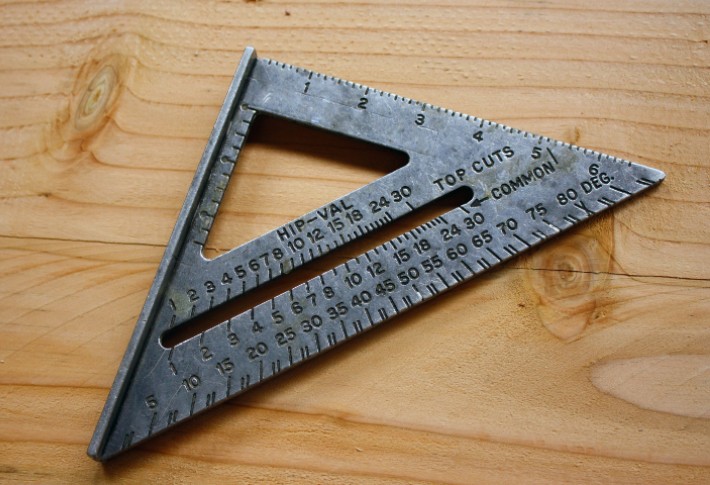 Tackle Your Next DIY Project With The Best Speed Square 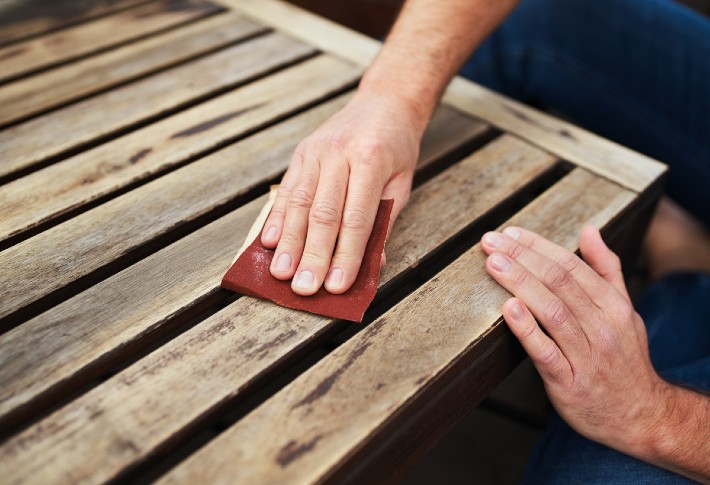 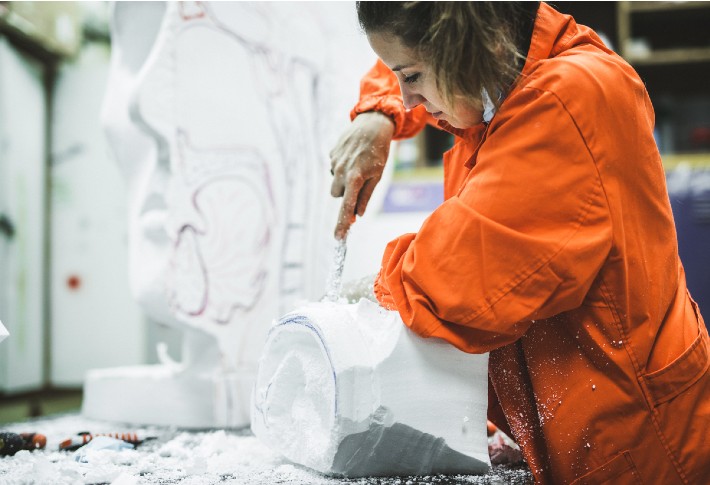 The Best Plasters For Mold Making